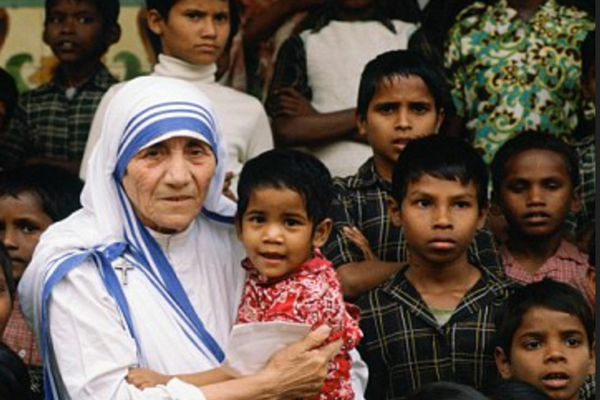 Commemorate the Canonization of Mother Teresa

Exhibition and Conference on Mother Teresa at UN

When Mother Teresa of Calcutta spoke to the UN General Assembly in celebration of its 40th anniversary in October 1985, then Secretary General Javier Perez de Cuellar called her the “most powerful woman in the world” and added, “She is the United Nations. She is peace in the world.”

In commemoration of her canonization by Pope Francis on September 4 in the Vatican, the Permanent Observer Mission of the Holy See, together with ADF International, are hosting three events to provide the opportunity to focus on the legacy of her words, witness, and life.

The first will be an Exhibition on her life, work as a peacemaker and peacebuilder, special care of the poorest of the poor, and efforts to leave no one behind, from the dying, to lepers, to those with HIV/AIDS, to refugees, to abandoned, orphaned and unwanted children, and so many others who routinely are marginalized. The Exhibition will be at the “Curved Wall” on the first floor of the Conference building from September 6-9. An Official presentation of the Exhibition will take place there Thursday, September 8, from 6-6:45 pm.

The main event will be a Conference, co-sponsored by the Permanent Mission of India to the UN and the Permanent Mission of Albania to the UN, focused on her enduring message to the international community, which will take place on Friday, September 9, from 3-5:30 pm in Conference Room 3. Fr. Leo Maasburg, author of Mother Teresa: A Personal Portrait, and who traveled with her on many of her visits, will speak about “Mother Teresa and the Poorest of the Poor.” Kathryn Spink, author of Mother Teresa: A Complete Authorized Biography, will speak on “Mother Teresa and Leaving No One Behind.” Fr. Daniel Jones, who helped on Mother Teresa’s cause of canonization and has preached dozens of retreats to the Missionaries of Charity she, will address “Mother Teresa as Peacemaker and Peacebuilder.” The Regional Superior of the Missionaries of Charity, Sr. Rose Clara Lee, MC, will also speak. The Ambassadors of Albania, Macedonia, India and Italy have also been invited to share some words based on Mother Teresa’s connection with each of their countries.

After the Conference, at 6 pm in the Church hall of Holy Family Parish on E. 47th Street (between 1st and 2nd Avenues), the Holy See Mission and ADF International will be hosting a catered meal in honor of Mother Teresa’s canonization with some of the religious sisters of the Missionaries of Charity, founded by Mother Teresa, as well as many of the poor the Sisters serve in their various apostolates in the New York area.

It is possible for the general public to attend the Sept. 9 Conference, before which they will be able to view the Exhibition. Those interested are asked to RSVP at holyseemission.org/rsvpSeptember9 by September 7.

Those unable to attend in person will be able to watch a webcast of the event live at webtv.un.org and then view on demand the recording of the event starting on September 12.

Archbishop Bernardito Auza, Apostolic Nuncio and Permanent Observer of the Holy See to the UN, described what the international community can learn from Mother Teresa.

“For all its strengths, sometimes the approach to peacemaking and peacebuilding, to poverty and development issues at the international level can be overly technocratic, bureaucratic and systemic. Mother Teresa always placed the person, especially the most vulnerable, in the heart of her understanding, advocacy and direct care in all of these areas. That approach remains enormously relevant today, in its applications to issues of justice, peace, the economy, integral development, the environment, the right to life, health care, and so many others.”

In response to the criticism Mother Teresa received in some places for not addressing the systemic issues of poverty, Archbishop Auza said, “It’s always important to 'teach people how to fish,’ but Mother Teresa first strived to ensure that people first received the fish they needed to survive, to stand up and to hold a rod. In an international context often dominated by statistics, by billions of people and trillions of dollars, she helps us not to forget the invaluable dignity and inestimable worth of every person.”

He added, “Addressing the problems systemically at their roots is obviously required, as the international community has been striving to do, for example, with the Millennium Development Goals and the Sustainable Development Goals. At the same time, however, as Pope Benedict XVI mentioned in Deus Caritas Est, even the most just structures and most competently personnel are likewise inadequate, because people need more than technically proper assistance: they need heartfelt concern. That’s what Mother Teresa taught us all and continues to teach us through the Missionaries of Charity who help all of us, including those who work in international programs, to learn how to be missionaries of charity, without which we would never meet all the human needs of those we seek to assist.

“Rather than bridging the gap between giving fish and teaching how to fish,” he continued, “Mother Teresa makes sure that we don’t forget that we’re dealing with persons who not only need fish and piscatorial education but love and humanity.”

When asked to describe her enduring message, Archbishop Auza said it was “authentic charity.”

Mother Teresa “was a missionary of loving concern and solidarity for those so often left on the margins, sacrificing her life to care for those whom no one else cared for. She did it not as a social worker or altruistic philanthropist, but as a believer in God whose faith was totally consequential: because she believed that God infinitely loves every person — young or old, man or woman, healthy or sick, wanted or unwanted, powerful or vulnerable — she sought to live according to that love and to invite others to do likewise. She became the beautiful, wrinkled face of the Good Samaritan and showed us all how to cross the road with her." 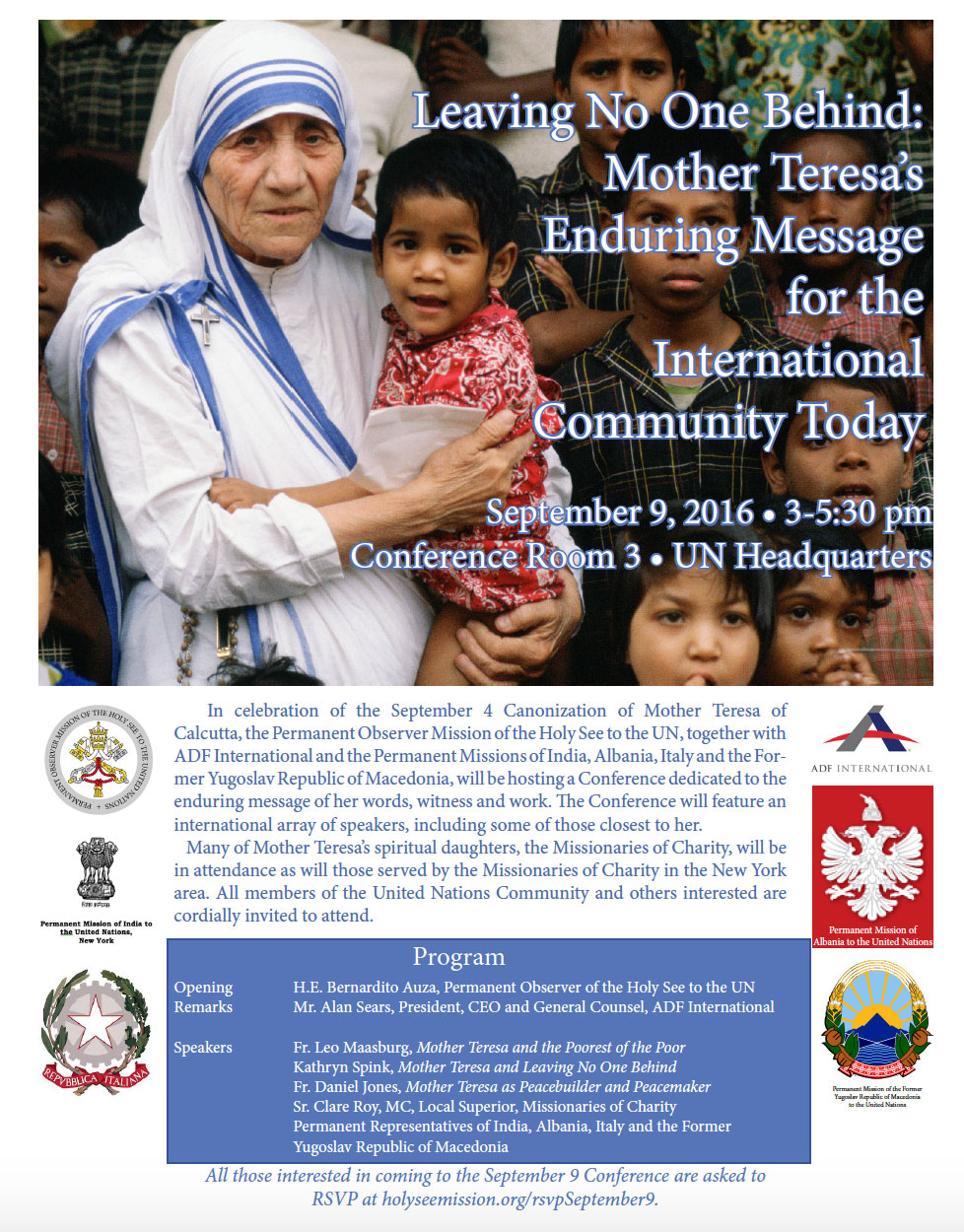