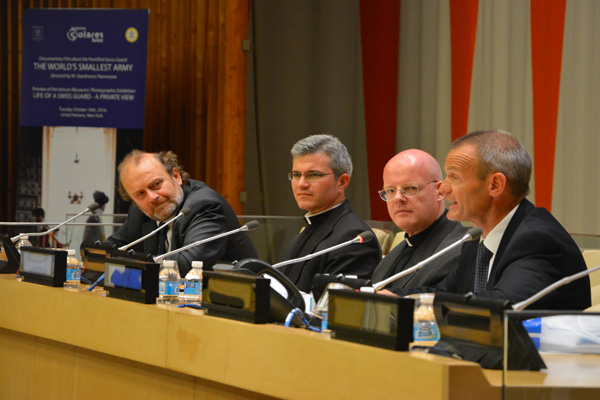 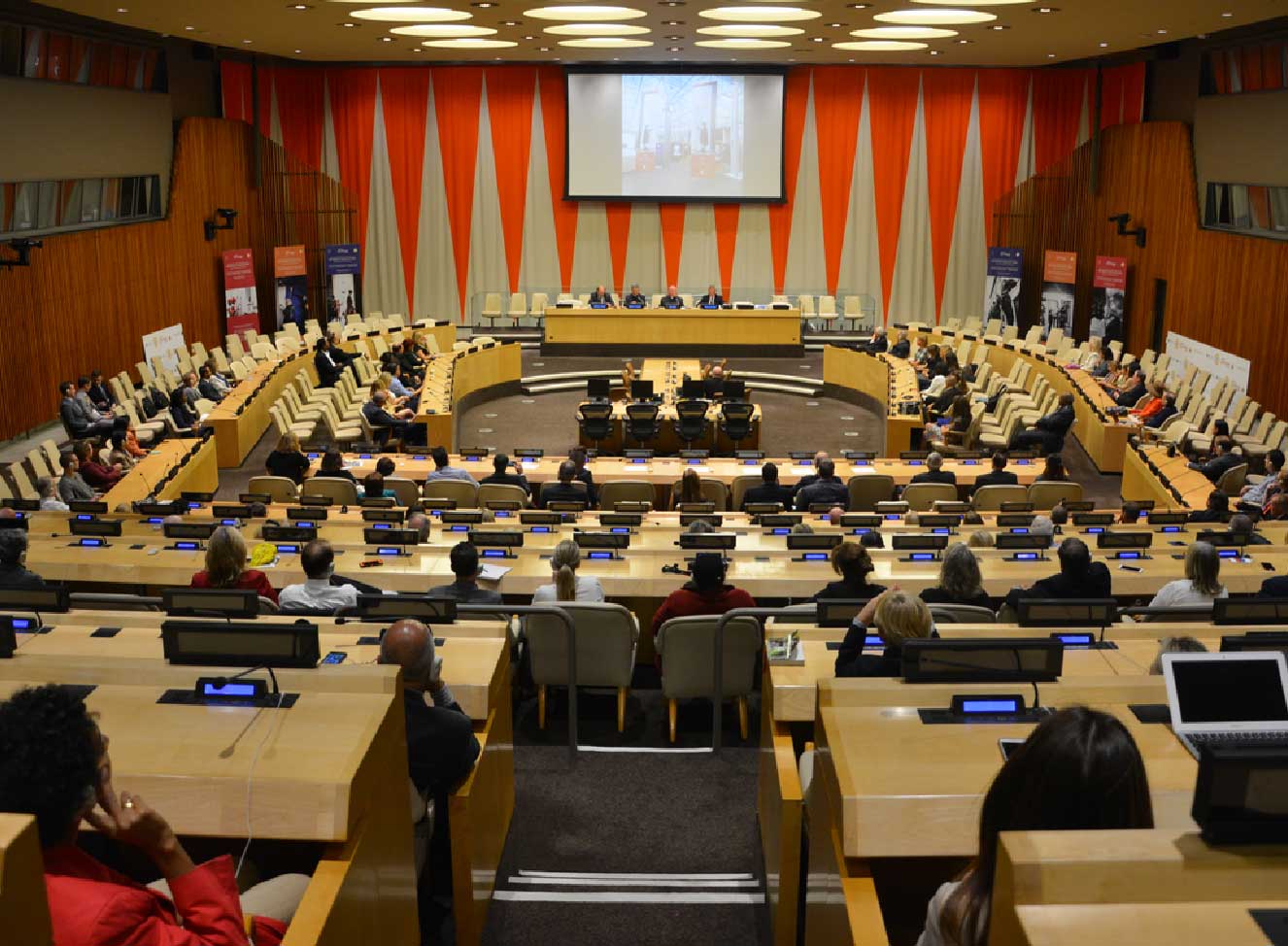 On October 18, the Permanent Observer Mission of the Holy See, together with the Patrons of the Arts of the Vatican Museums and the Solares Federazione delle Arti sponsored a presentation and discussion at UN Headquarters in New York City of the documentary film entitled The World’s Smallest Army, which follows a year in the life of the young Swiss men who serve the Pope and Catholic Church as members of the Pontifical Swiss Guard.

In his opening remarks, Monsignor Tomasz Grysa, on behalf of Archbishop Auza who was representing the Holy See in Ecuador, said those who don the famous colorful uniforms are required to be Swiss Catholic men of good moral character between the ages of 19 and 30, stand at least 5 feet 8 inches tall, have completed high school and basic training in the Swiss armed forces, and commit to at least two years of service on the Pontifical Swiss Guard.

Monsignor Grysa encouraged participants not only to view the documentary as an opportunity to learn about the history of the Swiss Guard, but to also engage in their mission by giving thanks for their service, praying for them, and likewise serving God and others with faith, courage, charity and friendliness.

“Their presence behind the scenes wherever security is needed, their contagious readiness, loyalty, kindness, joy, dedication, and patience also strengthens all those who work in the heart of the Church,” he said.

Gianfranco Pannone, who directed The World’s Smallest Army, said the film is “an attempt to provide a deeply human perspective, so necessary in a world with so many conflicts.”

“The colorful uniform of the Swiss Guard can become a symbol of a multicolored world in which the Church is inevitably immersed, just as the young protagonist René expresses in this documentary film,” he said.

Pannone also said the Swiss guards not only protect but also represent the Holy Father.

“As sentinels of peace, they are an expression of this great Pope who has given the Catholic Church in our day a more human and open face,” he said.

Frowin Bachmann, who was featured in the film several times, served in the Pontifical Swiss Guard for 30 years, rising to the rank of captain before retiring in June 2016. He offered firsthand insights into the life of Swiss Guard. Bachmann accompanied Pope Francis on his historic trip to the United Nations and United States in September 2015.

Although Bachmann initially thought he would return to Switzerland after his initial two-year commitment, he stayed in the Swiss Guard for three decades because he discerned a vocation to serve the Church and the Holy Father by protecting him, thereby enabling him to serve the world in freedom.

“All of you who work for the UN know too well how difficult it is to engage oneself for peace freedom and justice. The Pope is an important loud speaker on behalf of all the poor oppressed and suffering,” Bachmann said. “The Swiss guard therefore has the important duty to support the pope in his important task.”

Bachmann also said the spiritual program the Swiss Guard undertakes helps guards grow more deeply in their faith, allowing them to model the Christian life to those who encounter them.

“Our vocation as Christians is to live with the same values as the Swiss Guard, which is vocation, service, discipline, and commitment to the task we have received,” he said.

Fr. Daniel Hennessy, the International Director of the Patrons of the Arts of the Vatican Museum, which co-sponsored the event and provided displays from a photographic exhibit on the Swiss Guard that was formerly on display in the Vatican Museum, applauded the commitment he has witnessed in the Guards up close.

“The poise and preparedness we always perceive in the Swiss Guards isn’t something that happens by accident,” he said. “It requires intense labor. It’s real art.”