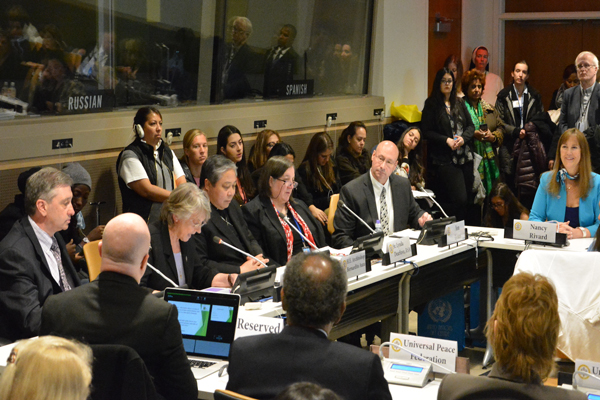 Governments, corporations, and nonprofits can help rescued sex trafficking survivors by giving them a fair chance in the job market, according to experts at a Holy See Mission side event.

On March 22, the Holy See Mission sponsored a side event entitled, “Economically empowering Trafficking Survivors to Stay Permanently Off the Streets,” together with the Permanent Observer Mission of the Order of Malta and the Universal Peace Federation, as part of the 61st annual Commission on the Status of Women at UN Headquarters in New York City.

Archbishop Bernardito Auza, Permanent Observer of the Holy See Mission to the UN, said although trafficking is one of the darkest and revolting tragedies in our day, there is much hope provided by the organizations and governments that work to eradicate trafficking and compassionately care for the survivors.

“So many women and men, girls and boys, have been left behind, left on the streets, left in the sweatshops,” Archbishop Auza said. “For that reason, now is a time of urgent and effective action, to stop the sources of trafficking at its roots, to help those presently ensnared in this form of slavery escape, and help those who have been liberated to access the resources they need to grow and remain in freedom.”

Women@theWell Founder Sister Lynda Dearlove, said her London-based organization works to help women exit the life of prostitution, many of whom are trafficking victims, who find difficulty transitioning to other jobs for a variety of reasons such as a lack of marketable skills, social stigma, trauma-related mental health issues, and criminal records. She said attitudes and policy that neglect to acknowledge and heal the abuses women in prostitution face perpetuate the cycle of trafficking and keep women on the streets. Policies that shift the burden from the female supply to the male demand by decriminalizing prostitution for the women who are exploited, while outlawing and deterring pimps and those who buy sex, has a great impact  on ending the cycle while respecting the dignity of trafficking survivors.

“Demand is everywhere, and our only way of tackling prostitution and the trafficking of women is to universally tackle demand” Sr. Dearlove said, noting that a society that views sex merely as a leisure activity contributes to the exploitative sex industry. “What is fueling demand is the expectation that it is ok that women’s bodies are commodified.”

“Some company took a chance and gave them a job,” she said. “We can encourage the CEOs of the travel industry to hire survivors, train them and make excellent jobs.”

Sr. Joan Dawber, Founder and Executive Director of LifeWay Network, which works with organizations to offers safe housing as well as education to trafficking victims, said funding comprehensive housing is fundamental in giving trafficking survivors a chance at life off the streets. She said the organization’s safe houses in New York City are the only ones that cater to both domestic and international survivors of trafficking, with a community-living approach that enables women to recover from trauma and regain independence.

Jon Lines, Executive Vice President of Operation Underground Railroad, which partners with local law enforcement around the world to arrest traffickers and has rescued more than 650 children from trafficking rings since 2013, said  many rescued children spend the rest of their childhood in local safe houses, where they receive jobs and skills training.

Lines said many of the children need encouragement and emotional support in addition to vocational training, noting a young trafficking survivor in Mexico who was at a loss for words when asked what she wanted to be when she grew up.

“She explained she never really thought about growing up because she never thought she was going to,” Lines said. “She eventually became a sous chef.”

Peter DiMarzio, who is the Victim Assistance Specialist for victims of trafficking for U.S. Homeland Security Investigations, said one of the greatest challenges for enabling trafficking victims to find leave the streets and employment is helping them to overcome drug addiction, which must be resolved before they can be accepted into most safe houses. He said partnerships with hospitals that can aid in detox provide an invaluable service to trafficking survivors. 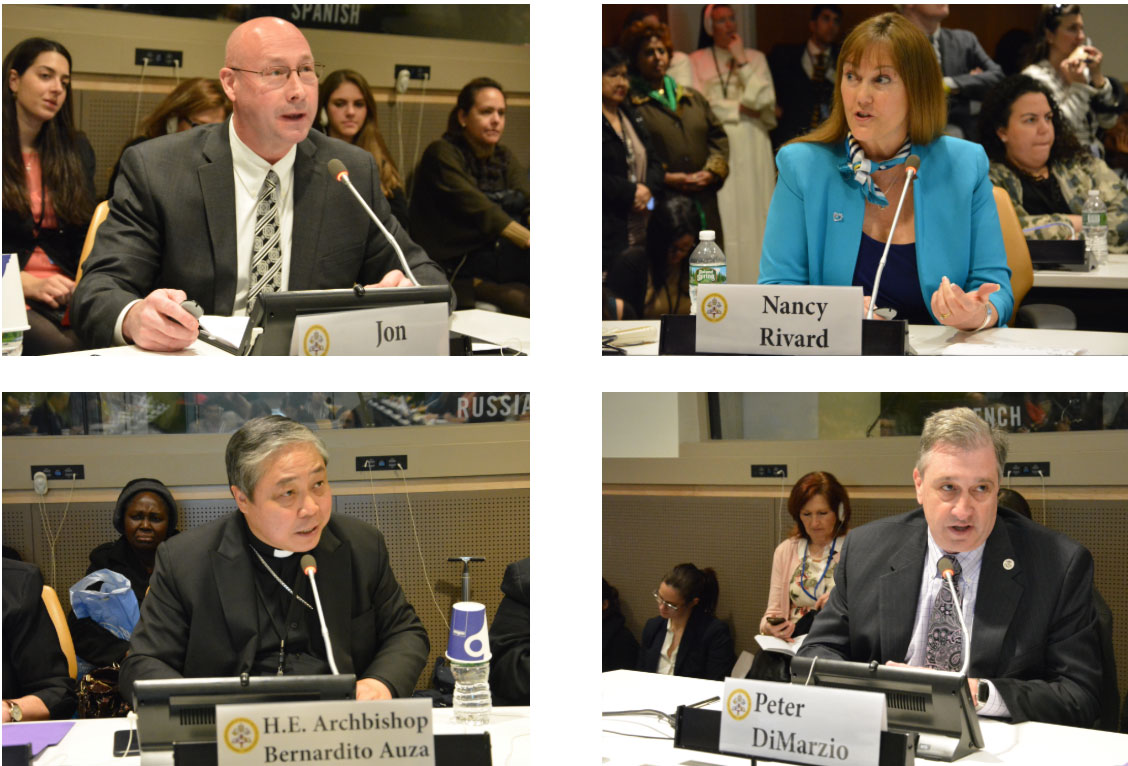