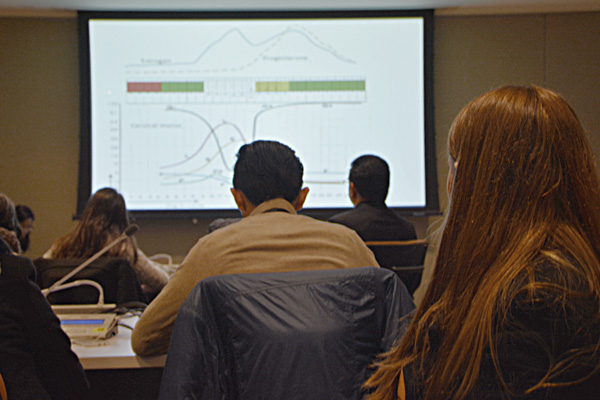 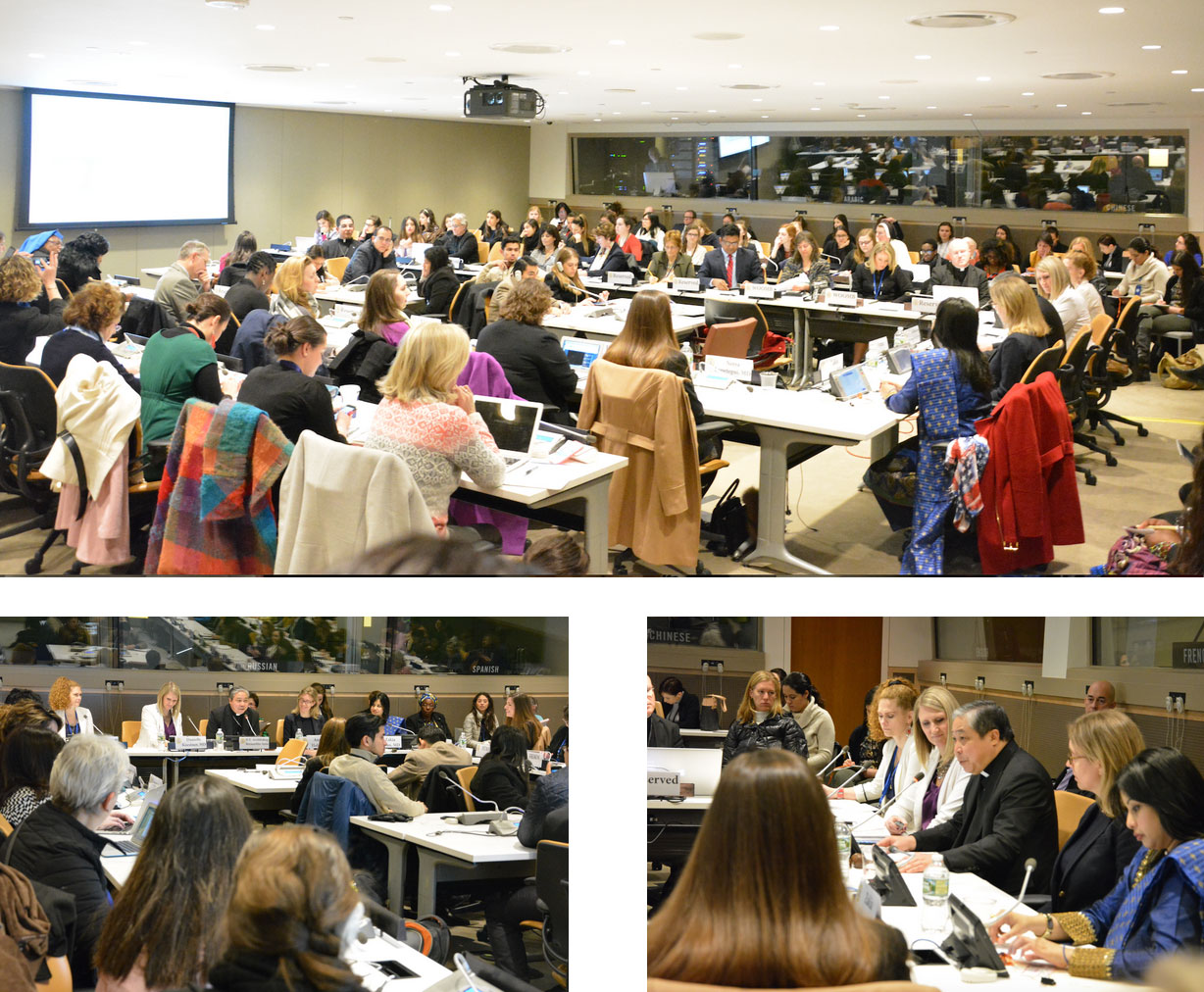 Fertility Awareness addresses many women’s health concerns and can have lasting economic impact, according to experts at a Holy See Mission event.

On March 23, the Permanent Observer Mission of the Holy See to the UN co-sponsored an event entitled “Fertility Awareness and Women’s Economic Empowerment,” together with World Organization of the Billings Ovulation Method (WOOMB) and the Fertility Education and Medical Management Foundation (FEMM) at UN Headquarters in New York City.

Archbishop Bernardito Auza, Permanent Observer of the Holy See to the UN, said respecting a woman’s dignity entails valuing her in a holistic way, while acknowledging her economic and social contributions to society, but not undermining her nature.

“Various modern techniques of ‘human reproduction’ do not respect this full dignity of the woman,” Archbishop Auza said. "They regard fertility and pregnancy as diseases rather than normal states of a woman. They reduce or reject, rather than reverence, the motherly aspects of a woman’s body and personality. And so they do not truly promote or empower her, but undermine her holistic development. “

Dr. Danielle Koestner, is a Family Medicine and Obstetrics physician in the under-served community of Muskegon, Michigan, who after working with all types of contraception, said she has found Fertility Awareness Based Methods, which chart the body’s indicators to determine ovulation, to be the most effective to achieve or prevent pregnancy, especially for the virtually non-existent cost for its users.

“I work with underserved women, so I wanted to make sure I had something simple and cost effective,” she said, noting natural methods have no negative biological or ethical side effects.

Anne-Catherine Belanger, Administrative Representative of WOOMB International to the United Nations, described how the Billings Ovulation Method, which uses bodily indicators such as a woman’s secretion is not ‘the rhythm method’,” and cited the work of Dr. James Brown who found the method to be 99 percent effective in avoiding pregnancy.

“Though there is a surge of fertility awareness methods, the existence of them has remained largely unknown,” Belanger said, suggesting that this is a result of ideological biases and organizations with an economic interest in marketing contraceptives.  “When women can understand their own fertility, they develop their own economic-independence and become self-reliant.”

Panelists also noted the health impact fertility awareness and education has on the general health of women, apart from being a tool to achieve or avoid pregnancy.

Anna Halpine, founder of the World Youth Alliance and FEMM, which uses an iPhone app as well as traditional charting methods to manage woman's fertility, connected the scientific knowledge to the discussions at the United Nations, and noted how fertility education can help achieve several of the Sustainable Development Goals, by contributing to gender equality, affordable access to women’s healthcare, education, and empowerment of women.

“The needs facing women worldwide sometimes vary,” she said. “Yet all over the world, and despite different levels of development and educational opportunity for women, most women have never been taught fully how their bodies work,” she said, noting that only three percent of women know how to identify if they have ovulated, although it is a critical biomarker of women’s health.

Because of the multitude of information a woman’s ovulation and fertility can provide about her health, Halpine said, fertility education has economic benefits wider-ranging than allowing a woman to space her pregnancies.

“Fertility education is a hidden asset in breaking the glass ceiling,” she said, citing a study led by Dr. Pilar Vigil at the Reproductive Health Research Institute that followed women in high level positions who left the workplace due to symptoms commonly considered to be signs of “burnout.” By monitoring their monthly charts, Dr. Vigil was able to diagnose and treat underlying hormonal imbalances in many of the women.

“Once treated, these women quickly returned to their high functioning positions and continued to participate in significant economic and professional achievements,” Halpine said, noting these tools enable a woman to obtain “peak physical condition, who is able to pursue her education, dreams, and economic projects with all the talents and capacities that she has.”

Dr. Zakia Jahan, Founder and Director of the Center for Human Development in Bangladesh, said FEMM’s version of fertility awareness is an effective alternative to contraception for women in Bangladesh because it does not conflict with religious or cultural principles among the people, especially among rural women. Dr. Zakia also noted that FEMM has also helped empower men to appreciate the value of women’s health, as they are stakeholders in the process.

“Working together, men and women can invest in health and opportunity for women, ensuring that women’s unique talents and skills are developed and used to achieve personal and economic goals for themselves, their families and their communities,” she said.

Dr. Zakia also has a personal success story with the technology, since the tool helped her achieve her first pregnancy within one month, and enabled a three-year spacing for her second child, with whom she is currently pregnant.

Along with practicing family medicine, Dr. Nerea Lopetegui, the final speaker on the panel, is a FEMM trainer and said fertility education and management contributes to early detection and prevention of other illnesses and can have lasting effects on women’s health even past their child-bearing years.

“Women will be able to access care early,” she said. “Good health has a positive sizeable impact on economic output. Good health in an economy should not be underestimated.” 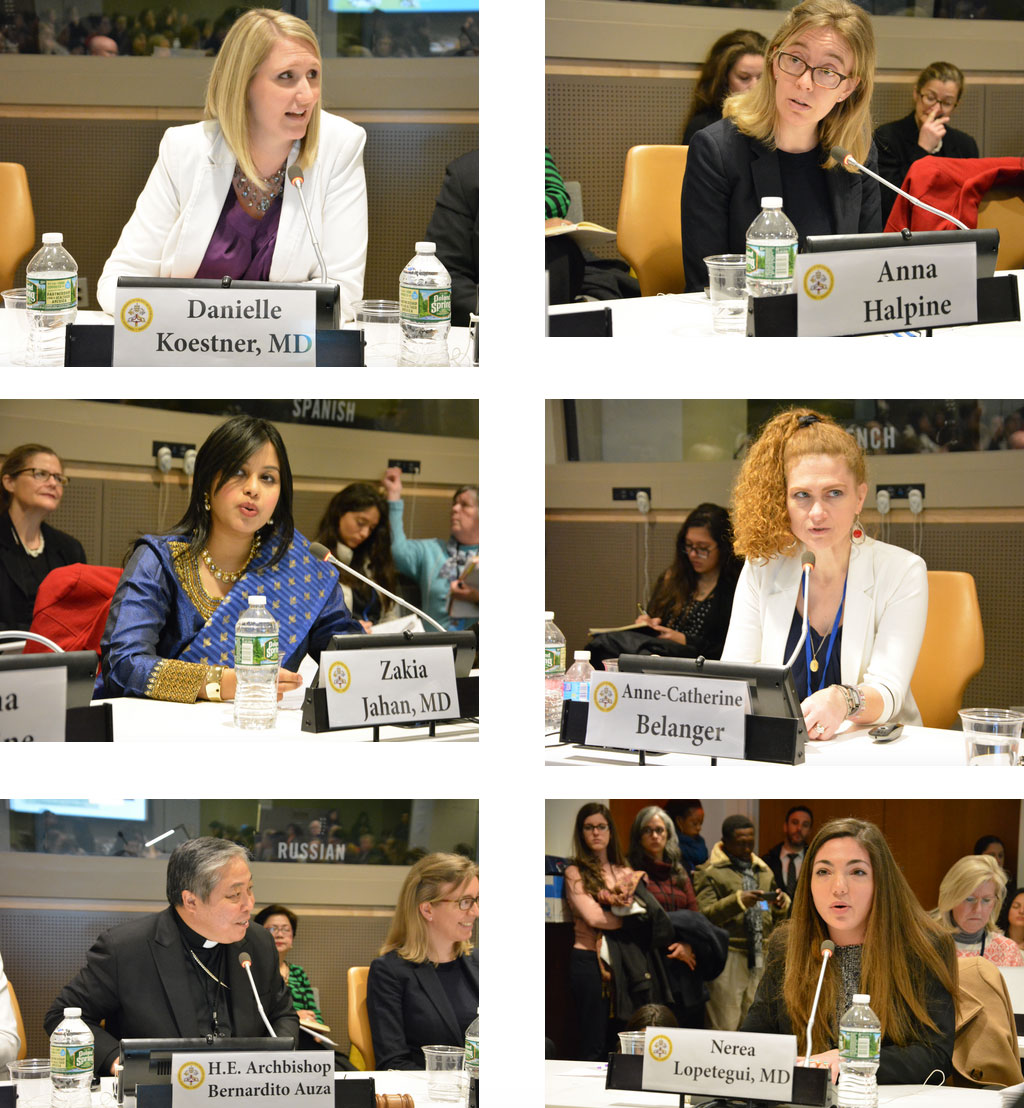