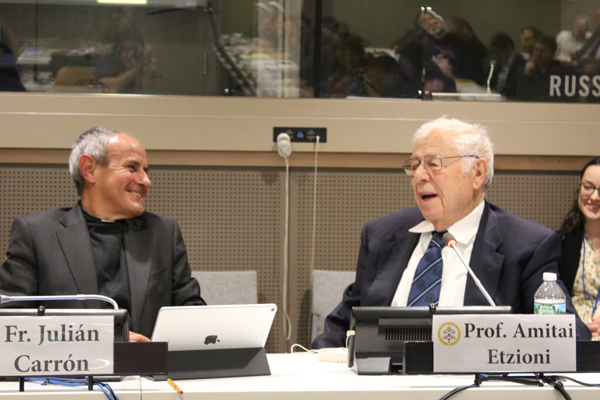 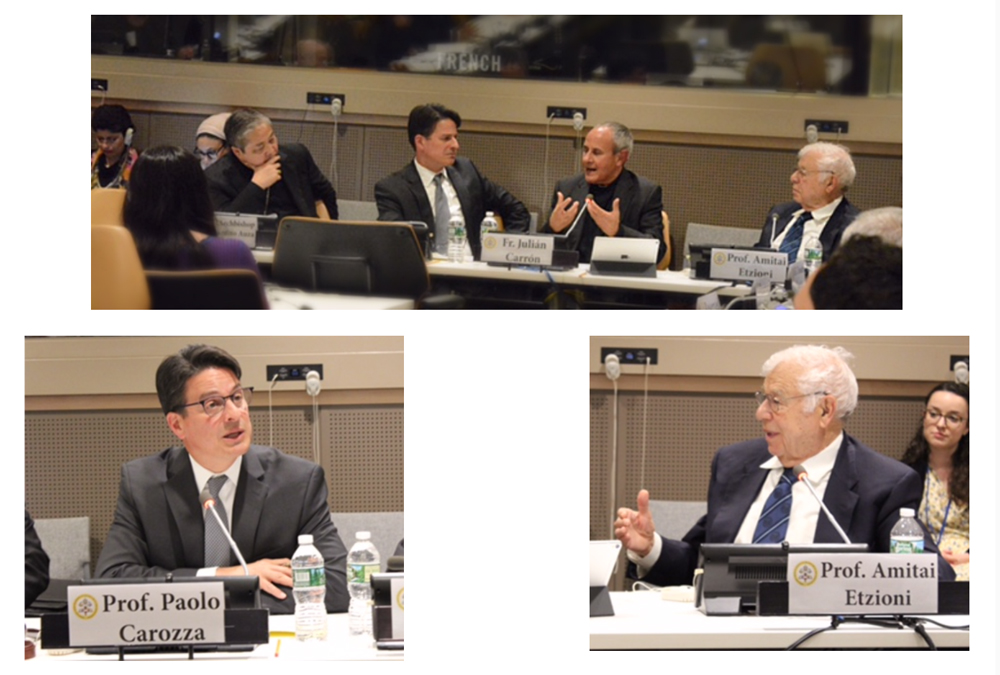 On October 13, the Permanent Observer Mission of the Holy See to the UN sponsored a side event entitled “The Other is a Good for Me: The role of interreligious and intercultural dialogue in addressing violence, conflict and building lasting peace in the world today.” The title is based on a subtitle taken from the book Disarming Beauty by Fr. Julián Carrón, President of Communion and Liberation, which co-sponsored the event. The event – as well as the book – aimed to address the root causes of prevalent social issues, as well as to promote dialogue and the culture of encounter necessary to resolve them.

Archbishop Auza, Permanent Observer of the Holy See to the United Nations, said interpersonal dialogue is crucial to building lasting peace, whether on an interpersonal level or an international level, and must be rooted in a sincere willingness to understand the other.

He also noted that while different parties can have differing views, it is important that they approach one other with respect and acknowledge the elements of shared goodness and common ground.

“In various places today, unfortunately, people can focus so much on what divides instead of what unites,” Archbishop Auza said. “It has been difficult to accept differences whether they are religious, political, or cultural.”

Recognizing the inherent goodness in each person can shift the paradigm from conflict to mutual understanding, he said.

He noted a principle from Pope Francis about interreligious and intercultural dialogue, the idea of “caminar juntos,” Spanish for "journeying together," which suggests that when people of different cultures and backgrounds begin to walk together, they realize their common humanity and deepen their worldview and sense of mutual respect. This mutual respect, Archbishop Auza implied, is necessary for building lasting peace among persons and nations alike.

Professor Paolo Carozza, Director of the Helen Kellogg Institute for International Studies at the University of Notre Dame, moderated the event, and said a large paradox of the modern age is that while people live in unprecedented global interconnectedness, they also face increasing division and conflict in identity, culture, religion and politics.

He noted that in the halls of the UN, States regularly call for greater dialogue to solve the major crises in the world, but have failed to mitigate and end conflicts.

“This call to greater dialogue is countered by threats of increased force and even nuclear assault,” he said, noting Fr. Carrón’s book works to addresses the causes of the crises, which he said are rooted in a lack of “sense of belonging, the fraying of a culture of common values, the disappearance of our capacity to understand and reason together about the ends and meaning of our lives and our communities.”

Fr. Carrón said that beauty is a common thread that unites all of humanity, and can unite people regardless of differing cultural backgrounds or faith, implying people, communities, governments, and international platforms should encourage dialogue based on shared experience and common ground. The shared encounter of beauty has a “disarming” effect.

Professor Amitai Etzioni, Director of the Institute for Communitarian Policy Studies at The George Washington University, said people must be aware not only of their individual rights, but also their responsibility to their community, and said education plays an important role in teaching the art of dialogue and mutual respect.

“Life is a struggle between our flawed humanity and our capacity to a higher level of fulfillment. We need character education,” he said, noting the most important traits communities must instill in children are delayed gratification and empathy.

Ambassador Teodoro Lopez Locsin, Permanent Representative of the Republic of the Philippines to the UN, suggested that religion has a place at the peacebuilding table, noting authentic faith ought to be rooted in a place of humility, in which people realize that they alone cannot answer all of life’s most fundamental questions.

“When he has found a religious answer, he should regard his fellow man of the same or another faith or none at all — as one like himself,” he said: “A person filled with a fearful wonder whom he must treat as he would himself.”

Ambassador Ina Hagniningtyas Krisnamurthi, Deputy Permanent Representative of the Indonesian Mission to the UN, said that while religion is sometimes misused to exacerbate intolerance and conflict, interfaith and intercultural dialogue can help build the bridges necessary to view diversity as a good, which she said is a pillar of her country, in which 750 different dialects are spoken, and several world religions are practiced.

Indonesia’s founding fathers recognized there is a universal truth many of the world’s faiths are grounded in, she said, which is why the country embraced the motto “unity in diversity,” and celebrates multiple national holidays based in various faiths. 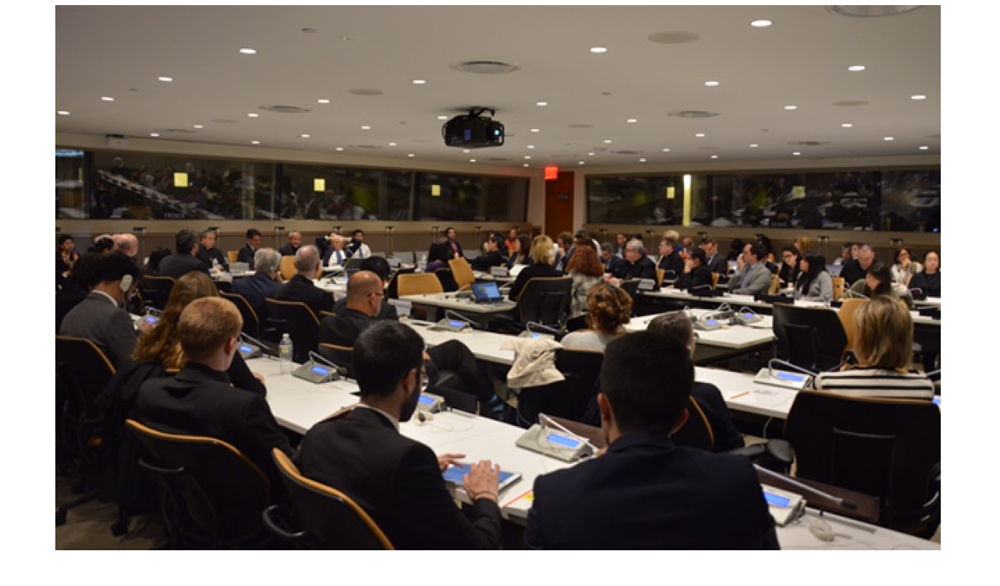 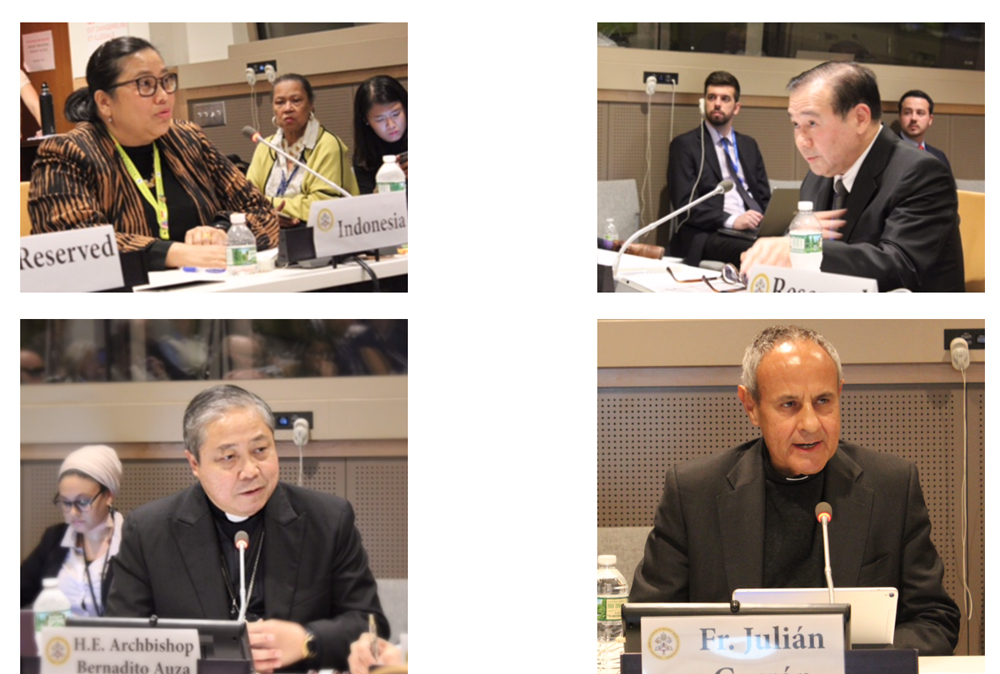