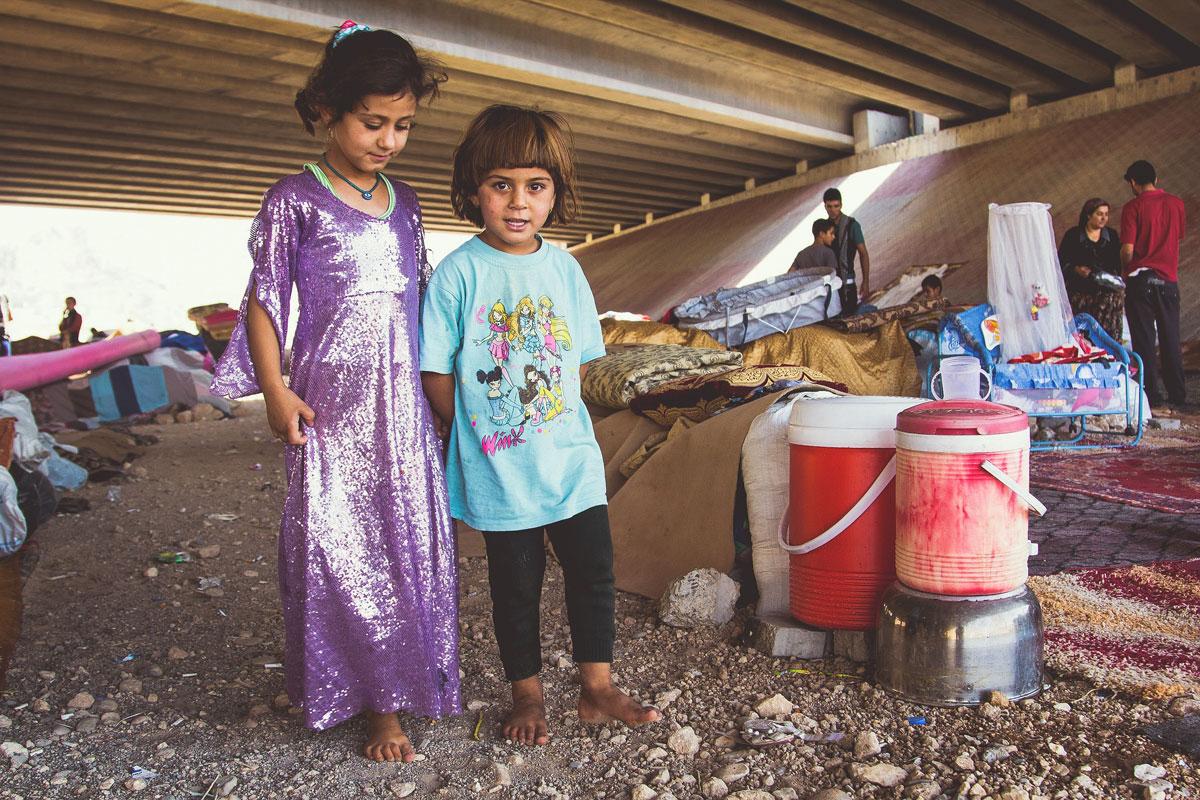 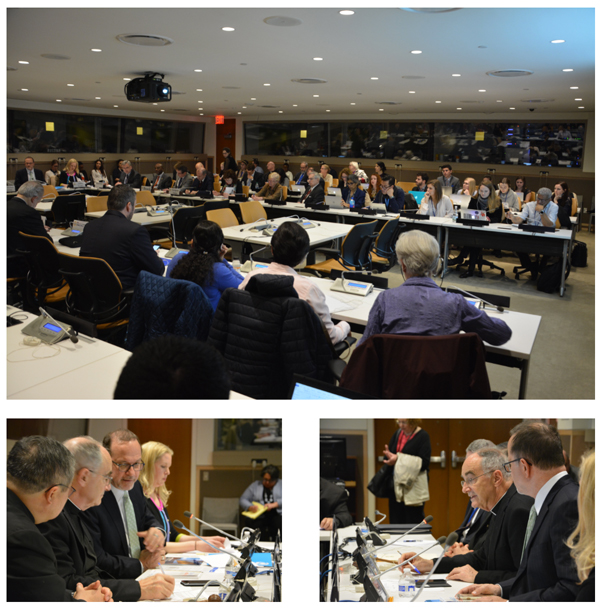 Migration experts and international leaders at a Holy See event call for an end to criminalizing child migrants and refugees through detention.

On February 21, the Permanent Observer Mission of the Holy See to the UN, together with Caritas Internationalis, the International Catholic Migration Commission (ICMC), the Center for Migration Studies (CMS), and the United States Conference of Catholic Bishops (USCCB), hosted an event entitled, “Ending the Detention of Migrant and Refugee Children: Best Interest Determination and Alternatives to Detention.” The event took place at UN Headquarters during the first of six week-long negotiation sessions on the Global Compact on Safe, Orderly and Regular Migration occurring over the next six months.

The goal of the event was to shed light on the best practices used as alternatives to detaining refugee and migrant children so that these practices may be scaled up and replicated elsewhere, said Archbishop Bernardito Auza, Permanent Observer of the Holy See to the United Nations. He noted that the international community committed itself toward ending the practice of child detention in the 2016 New York Declaration or Refugees and Migrants. Composing the Global Compact on Safe, Orderly and Regular Migration is an action item of the New York Declaration.

“The detention of child migrants and refugees is harmful to their development as children,” Archbishop Auza said. “It is never in their best interest, neither is it the best interest of the state as it is expensive, burdensome and rarely acts as a deterrent to would-be migrants.”

Fr. Michael Czerny, Under-Secretary for the Migrants & Refugees Section of the Vatican’s Dicastery for Promoting Integral Human Development, served as moderator for the event and said that vulnerable people on the move are a passionate priority for the Holy Father, who is himself head of the Migrants and Refugees section.

“Migrant and refugee children are our first and final focus. Their dignity, their security, their rights their development, and their future,” Fr. Czerny said.

While the negotiations on the Global Compacts may in some ways pit the best interests of migrant children against security and even political expediency, Fr. Czerny warned against polarization, echoing the words of Pope Francis in his 2017 Message for World Day of Migrants and Refugees, where the Holy Father stated, “The right of States to control migratory movement and to protect the common good of the nation must be seen in conjunction with the duty to resolve and regularize the situation of child migrants.”

Ted Chaiban, Director of Programs for UNICEF, which plays a leading role in ending child detention internationally, cited studies that show that detention has a profoundly negative impact on the child’s cognitive, physical and mental health, and long-term development, regardless of the condition or length of time.

“Children held in detention are at risk for suffering depression and anxiety and have symptoms close to PTSD,” he said. For this reason, the Convention on the Rights of the Child urges states and other actors to use alternatives to detention and says that detention of any child because of their or their parents' migration status is not in the best interest of the child. 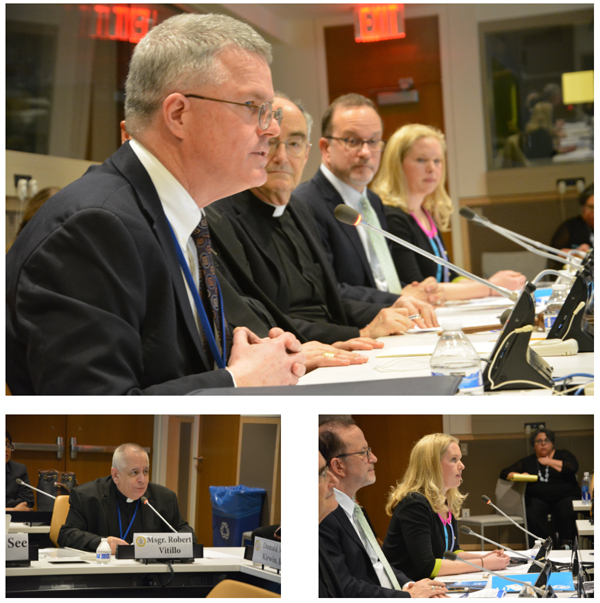 Fifty-one percent of the forcibly displaced, who are more likely to be detained, are children, Mr. Donald Kerwin, Director of the New York-based Center for Migration Studies, said. Criminalizing migrants and refugees by placing them in holding cells or in tracking devices is not an appropriate way to deal with migrants.

He said that under international norms, the use of detention for migrants should only be used in rare circumstances, such as if the person presents a substantial risk for flight or a safety threat to himself or others. Even so, most of these conditions can be met by alternatives, he said, and in all cases detention should be a last resort used only when alternatives have been  exhausted.

“Alternatives work,” he said, referring to methods to protect and process migrants without compromising their liberty, such as community-based services, check-ins and case management. “For children the rule is very simple: no detention."

Ashley Feasley, Director of Policy for Migration and Refugee Services for the U.S. Conference of Catholic Bishops, said that there are currently 1,300 migrant families — mostly women and children — detained in one Texas detention center alone. Many times children are separated from their mothers, fathers and extended family by officers upon reaching the border.

She said that some best practices she has seen in Texas have been programs that allow border patrol agents to process migrants and send them to Catholic organizations or other NGOs for shelter, care, and psycho-social and legal services. A former initiative of the United States’ Department of Homeland Security that provided a family case management program and community based support had a high success rate for keeping track of migrants and refugees while giving them liberties.

Msgr. Robert Vitillo, Secretary General of the International Catholic Migration Commission as well as an Attaché at the Permanent Observer Mission of the Holy See to the UN in Geneva, shared best practices from European countries like Italy and Belgium. They have developed alternatives to serve unaccompanied children such as guardianship by trained volunteers from the region of the child's origin, utilization of foster care and host families for children, and extensive use of qualified cultural mediators to communicate and interpret needs of vulnerable adolescents.

He emphasized the importance of States' determining the best interest of child migrants and refugees through systems that assess their needs and provide proper identification, an adequate registration process, an individual case file, tracing, the appointment of a guardian, and “perhaps most importantly, direct discussion with the children on their views concerning best interest planning for their safety and future.” 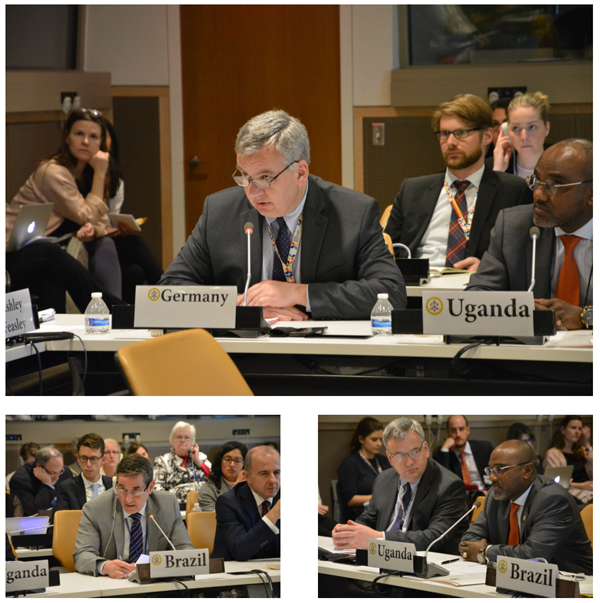 Ambassador Adonia Aybare, Permanent Representative of the Mission of Uganda to the UN, said that half of the more than one million refugees the country is hosting are children. He said that in his country, integrating child migrants and refugees within local communtites and schools has been beneficial.

Ambassador Jurgen Schulz, Deputy Permanent Representative of the Mission of Germany to the UN, said that child detention is unlawful in Germany, which has received more than two million refugees since 2015. The State has set up a Youth Welfare Office to help determine best interest solutions for minors who cross German the border.

Ricardo Monteiro, Minister Counselor for the Permanent Mission of Brazil to the UN, said that Brazil adopted a law in 2017 to provide protection for migrant children.

“Brazil has advocated for the human rights based approach, taking into account the needs of migrants throughout journey, origin and destination,” he said, noting criminalizing child migrants compounds their vulnerability, “putting lives at risk and opening paths for exploitation.”

Mr. Antonio Parenti, representive from the European Union, said that one-third of the migrants arriving in Europe are children, and it is the body’s priority that the children do not go missing. He said in negotiating the Global Compact for Safe, Regular and Orderly Migration, it will be important to expand upon alternatives.

Craig Mokhiber, Director and Deputy with the Office of the High Commissioner for Human Rights, said that although data confirms the harmful effects of detention, he sees it being increasingly used to hold migrants.

“Millions of migrants are criminalized and deprived of their liberty,” he said. “Detention is not a tool for solving social and administrative challenges and detention is never a form of protection.”

Michele Klein-Solomon, Director of the International Organization for Migration’s (IOM) Global Compact Engagement Team in Geneva, emphasized the collective effort it will take from many different actors to ensure alternatives to detention become common place, including having civil society care for migrants and refugee on the ground, such as through faith-based organizations.

Martina Liebsch, Policy and Advocacy Director at Caritas Internationalis, which serves on the front-lines for many child migrants and refugees, noted that in some cases, detention can go as far as 190 days, which is a half a year in the short life of a child.  She urged that migrant children receive the same care and healthcare as refugee children, regardless of migratory status.

Arjun Jain, Senior Policy Advisor of the UN’s Office of the High Commissioner for Refugee (UNHCR), shed light on the plight of forcibly displaced children who sometimes reach their destination only to encounter new forms of violence.

“Absurdly, these children who are forced to flee persecution and undergo a dangerous journey to seek safety elsewhere are detained in countries merely for seeking protection.” Jain added that these children frequently experience sexual abuse and other forms of trauma. “The message from the Holy Father was on the mark. Compassion is the key.” 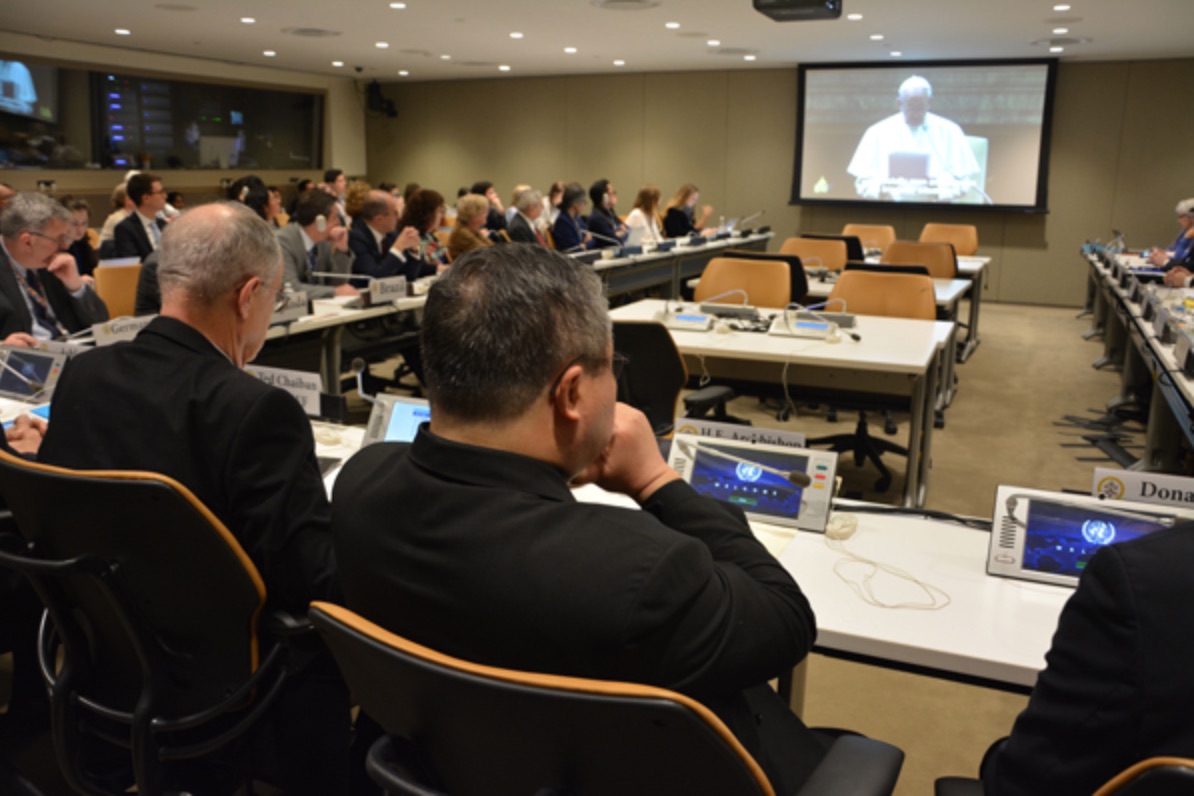