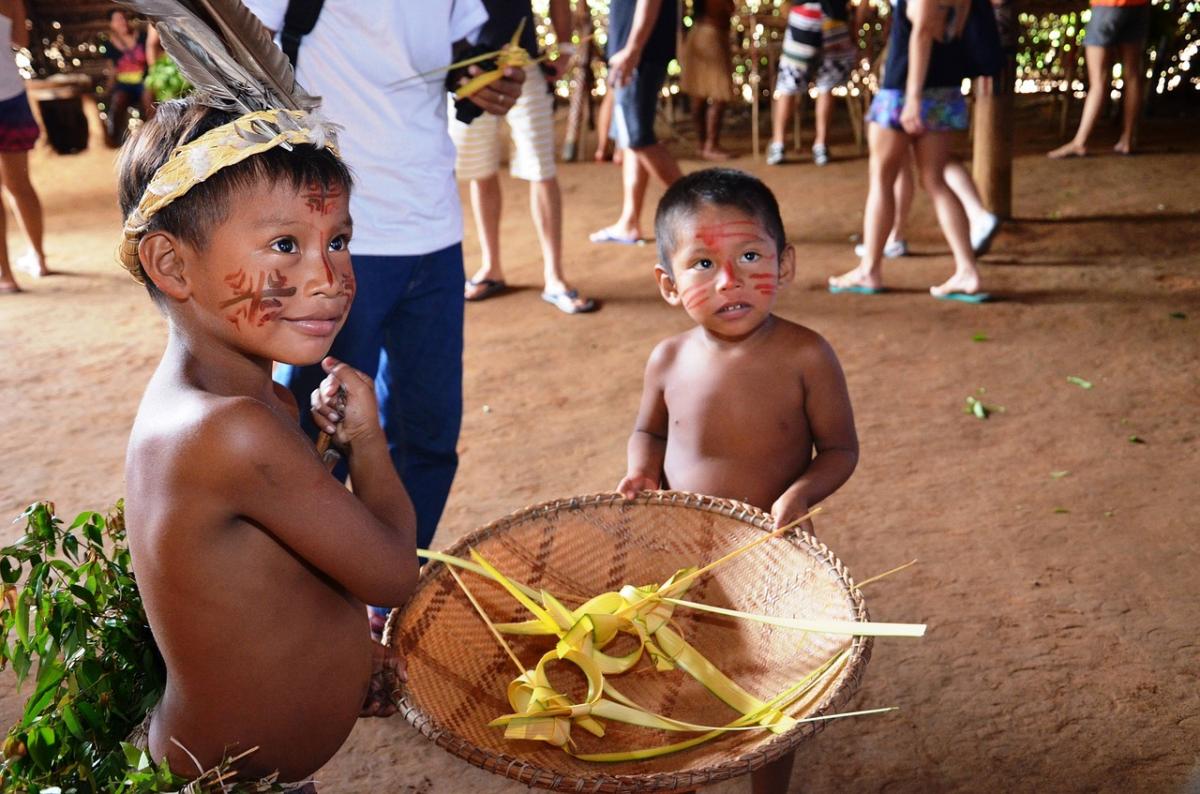 Protecting and Promoting Human Rights in the Amazon
By Anna FataAttaché 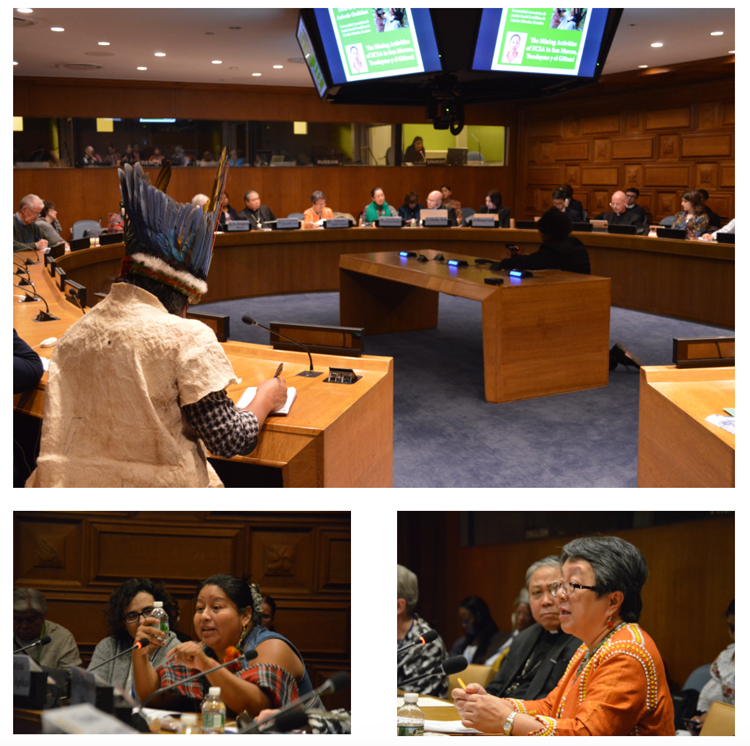 On April 19, the Permanent Observer Mission of the Holy See to the United Nations held a side event entitled “Violation of Human Rights in the Amazon: Networks to Respond to and Redress Them” together with the Panamazonian Ecclesial Network (REPAM) and the Mining Working Group of UN-based Non Governmental Organizations to discuss the situation of indigenous peoples in the Amazon and the threats being caused by the proliferation of foreign mining interests.  The event took place during the 17th Session of the United Nations’ Permanent Forum for Indigenous Issues.

In his opening remarks, Archbishop Bernardito Auza, Permanent Observer of the Holy See to the UN, said that indigenous people have the right to be agents of their own development and destiny and should be given the political, economic and social space to do so.

“In practice, this means upholding the collective right of indigenous peoples to their lands and resources,” Archbishop Bernardito Auza said, noting the important role indigenous people play in protecting the world’s most valuable resources, especially in regions like the Amazon.

Protecting the promoting the rights of indigenous peoples is a significant interest for Pope Francis, who has convoked a Synod on the Amazon to take place in the Vatican in October 2019.

“He has sought to be a voice crying out throughout the world about the way indigenous lands, culture, rights and dignity are being overlooked or even trampled upon for the narrow economic interests of others,” Archbishop Auza said.

While Pope Francis cares for all regions in which indigenous peoples reside, the Amazon is of particular importance as the world’s largest tropical forest, covering 2.1 million square miles and nine countries, embracing 2.8 million indigenous people, 390 indigenous tribes, 240 spoken languages and as yet 137 uncontacted peoples.

The Amazon and other resource-rich geographical areas that are home to the indigenous face grave threats and exploitation.

Sr. Margaret Mayce, OP, the chairperson of the Mining Working Group, noted that the Amazon’s indigenous people have never been so threatened in their territories as they are now and called for an end to the exploitation, many times supported by governments, of the region’s natural resources like timber, oil, gas and gold. Indigenous people are at risk not only of losing their resource-rich land, but in some cases even their lives, for defending their right to their own land.

Victoria Tauli-Corpuz, UN Special Rapporteur on the Rights of Indigenous People, suggested that those who care for improving the environment ought to support indigenous communities who work to sustain the ecosystems in their territories and leave future generations with a healthy planet. She said that extraction companies are key perpetrators in exploiting indigenous communities and their land.

She applauded Pope Francis for convoking the upcoming Synod and called for faith-based organizations and socially responsible corporations and investors to find real solutions to bring profit and development to the region without exploitation.

Her mission is to also engage in dialogue with governments to help them see indigenous communities as key players in achieving sustainable development.

“Indigenous peoples are not your enemies but are your best allies. They are the ones who live what we call sustainable consumption,” Tauli-Corpuz said, referring to the indigenous peoples’ gentle and responsible stewardship of the environment. “But they are the ones being penalized and put in jail mainly because they want to keep the earth in better shape. It is the worst expression of injustice.”

Elvia de Jesús Arévalo Ordóñez, from the Comunidad Amazonica de Accion Social Cordillera del Condor Mirador, a group of indigenous activists from the Condor region of Ecuador dedicated to social justice for their people and land, has experienced the damage caused by  extraction companies first hand. They have manipulated the prices of land, taken advantage of the economic needs of the people, and violently evicted landowners.

Thirty-two families have been “violently evicted” from their homes, Arévalo said, and their rights to decent housing have been violated, although international rules deem they should have received adequate housing.

“The company has evicted an entire neighborhood and demolished community assets such as church and school,” Arévalo said.

Not only have human rights been violated, she said, but also the wellbeing of the environment, which has led to devastating impact caused by the overflow of the Kin River.

“The rivers are totally contaminated and we cannot swim, drink their water, and fish. The food sustenance of its inhabitants is over, life in these rivers is over,” she said.

Augostina Mayán Apikai is a leader of the Awajún people of Peru, whose ancestral lands encompass the country’s most bio-diverse park, but is also the most vulnerable to exploitation by extractive industries.

While some indigenous peoples have resorted to violence to safeguard their land, her community has been sought to utilize the legal system to protect their lands, specifically their forests, from exploitative extracting companies. They halted one such enterprise through the courts.

“The company has been stopped and we have done so without losing any lives,” she said. “We have been to legally protect ourselves.

“That’s the best way we can advocate,” Mayán Apikai said. “We are the best representation of advocacy in our communities.” 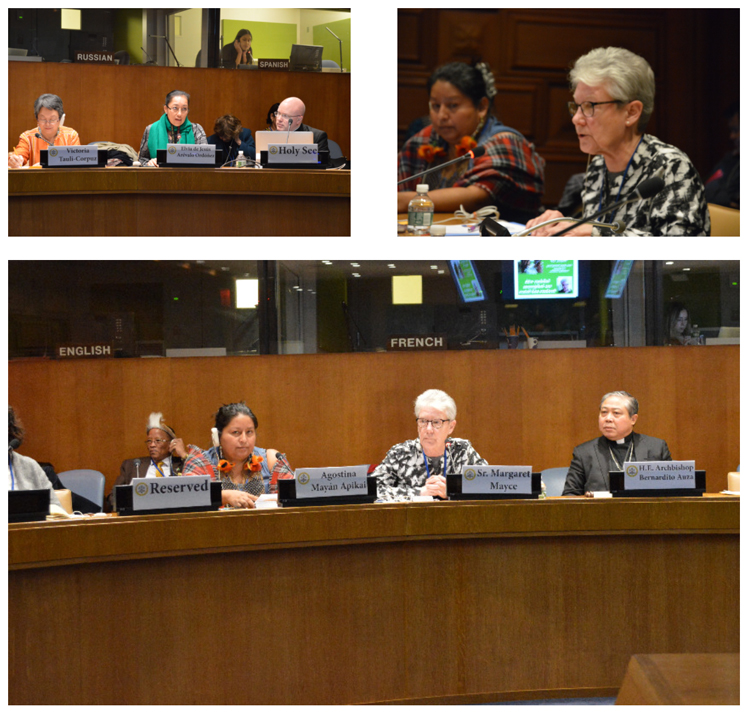