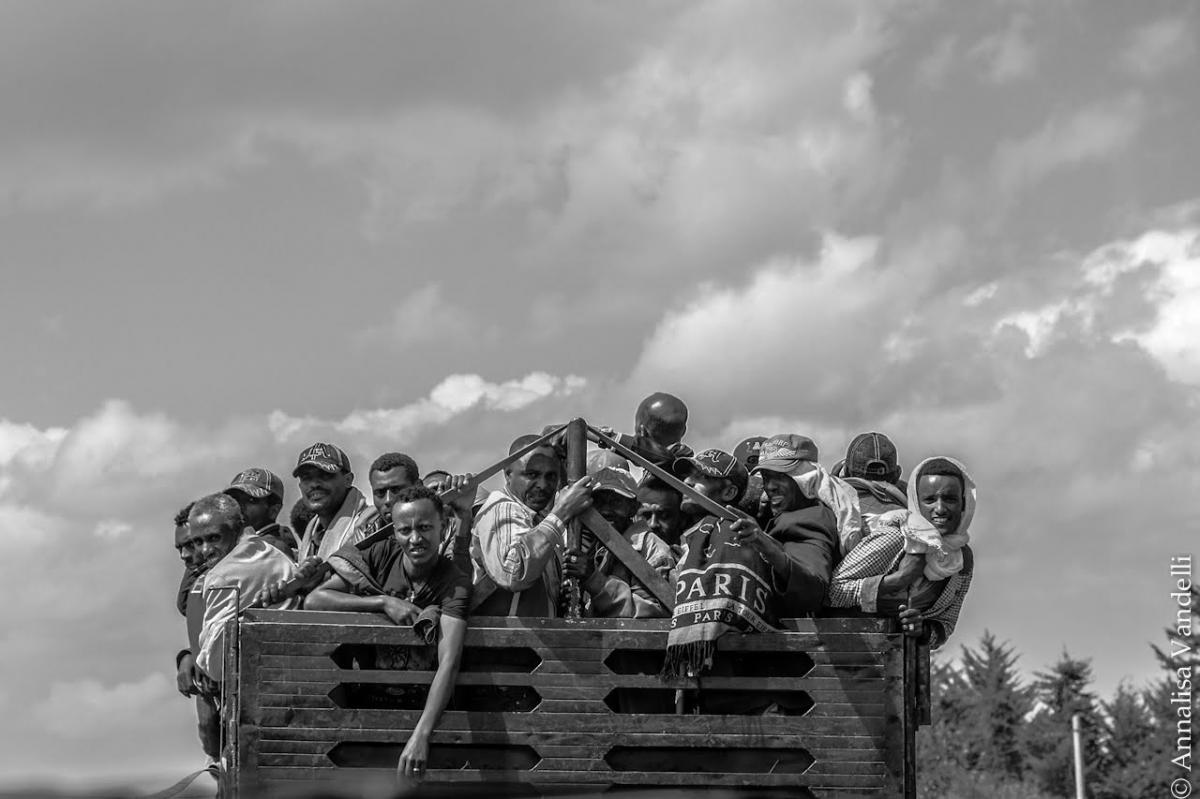 Indispensable Role of Faith Based Organizations in Protecting Migrants and Refugees 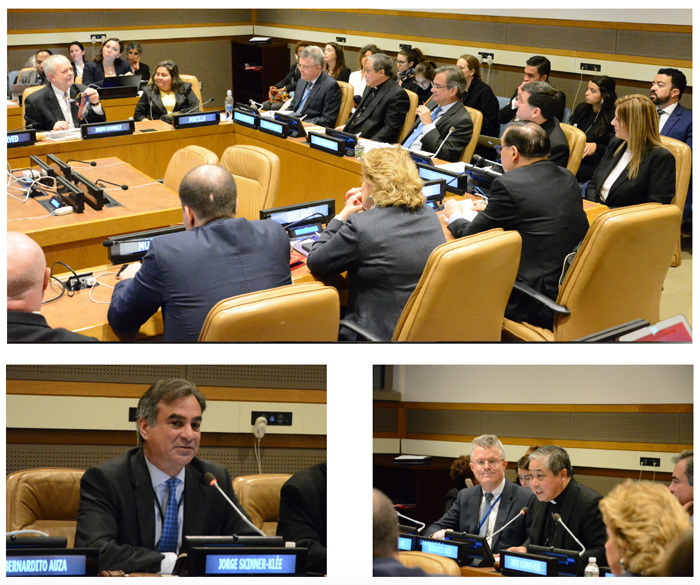 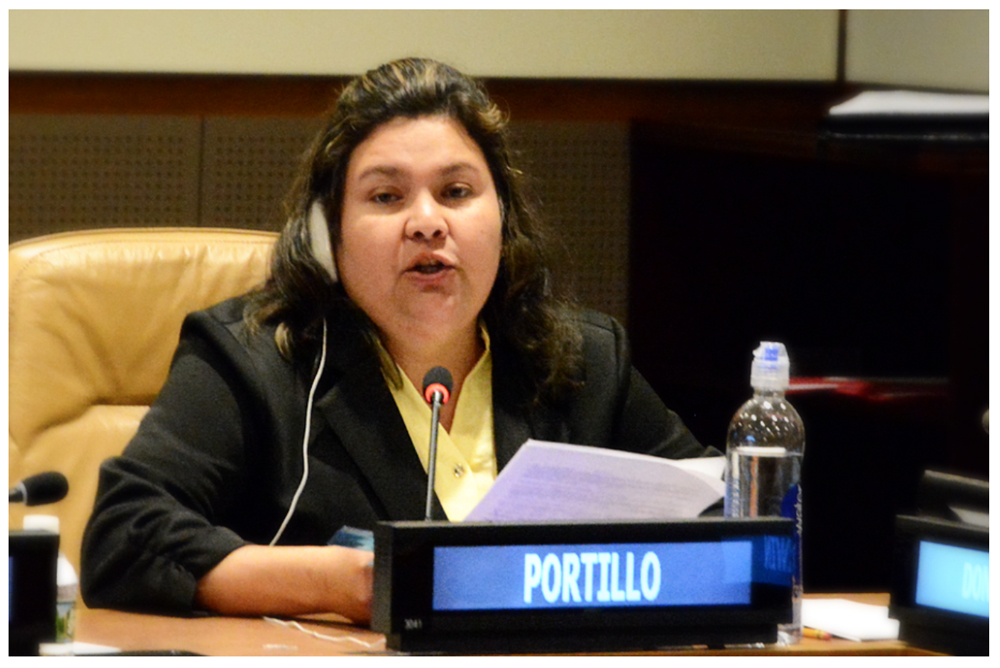 On June 4, the Permanent Observer Mission of the Holy See to the UN, together with the Permanent Mission of Guatemala to the United Nations and the Scalabrini International Migration Network, held a conference at UN Headquarters entitled, “The Protection and Integration of Migrants in Vulnerable Situations: The Case of Faith-Based Organizations.” The Conference was on the first day of the fifth round of negotiations on the Global Compact for Safe, Orderly and Regular Migration.

Archbishop Bernardito Auza, Permanent Observer of the Holy See to the United Nations, said that faith-based organizations are effective in acting on the four verbs regularly mentioned by Pope Francis — welcoming, protecting, promoting and integrating migrants — and stand ready to partner and collaborate with governments and civil society institutions to assist people on the move, particularly those most vulnerable.

“Migrants of particular faiths have a special trust for their faith institutions and sometimes well before they are able to access services provided by governments and international organizations come to the churches and charities of their faith tradition for basic needs support,” Archbishop Auza said.  Studies have shown that 84 percent of migrants identify as belonging to a religious group.

“A person-centered approach, while not unique to faith-based organizations, is at the heart of all of their work and can and often does inspire a more holistic approach more generally,” he said.

Ambassador Jorge Skinner-Klee, Permanent Representative of Guatemala to the United Nations, said that tackling issues such as violent conflict, political instability and lack of economic opportunities will help ensure that people aren’t forced to leave their home countries. But migration should be regular or legal, he said, noting that migration provides benefits for both migrants and the new communities they find themselves in.

“Migrants give a lot of contributions to their host countries: they bring innovations and economic growth. They bridge cultural divides,” Ambassador Skinner-Klee said.  “Migration should not be seen as a problem; migration is a natural process.”

Carmen Portillo never intended to leave her 14-year career in the El Salvadorian government and position as a Professor at a local university, but decided to flee the country for the United States after her family witnessed multiple violent crimes and received threats from gangs.

“I didn’t know I would soon become an immigration statistic,” she said.  “My family and I had to leave our country and travel to the United States, leaving everything we had: my extended family, business, work with the government, my land. I came to save my family and myself.”

Portillo now assists in caring for other migrants, especially women, who have often experienced gruesome violence not only in their home countries, but also in transit.

“I now know the dangers women are exposed to on the migratory route. Young women pay a high price in rape and kidnappings,” she said, noting that many migrants are exploited in organ and sex trafficking. 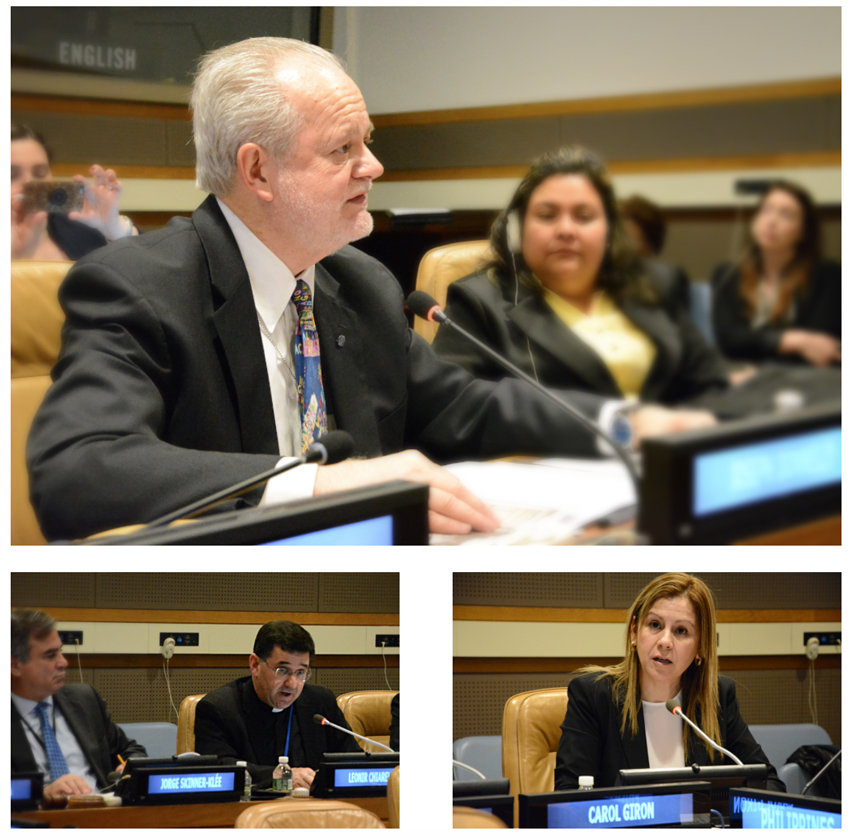 Fr. Leonir Chiarello, Executive Director of Scalabrini International Migration Network (SIMN), called attention to the importance of the Global Compact on Safe, Orderly and Regular Migration, the first international agreement to address migrants, presently under intergovernmental negotiations at the UN in New York. While there are international agreements on refugees, migrants who don’t meet the legal status for refugees are often left without care or protection.

“They may not fit the exact definition of refugee, but their stories are just as gripping,” Fr. Chiarello said. “The Compact is an historic opportunity to fill those gaps and address the challenges of migration governance. We are pleased to see faith-based organizations as partners.”

SIMN serves more than 400,000 migrants every year in its shelters and tries to meet the needs of migrants in partnership with governments and civil society, but said much more needs to be done both legally and materially for migrants and refugees.

Donald Kerwin, Executive Director for the Center for Migration Studies of New York (CMS), said that faith based organizations play a vital role in enabling migrants to live dignified lives in their new countries and to become contributing members of society.

“Faith based organizations don’t do or speak for migrants, but give voice to them and treat them as agents in their own lives,” Kerwin said.

Carol Giron, Policy Coordinator for Central America for SIMN, highlighted the drivers that lead women to flee their countries, telling the grim story of pre-adolescent girls who have fled their countries to avoid forced marriage to much older men.

“In countries of origin, migration can be the only way for the majority of central-American women to flee physical violence or economical exclusion,” she said.

Joseph Donnelly, Head of Delegation for Caritas Internationalis at the UN, said that his organization urges all involved in migration to work hard to address the hardships migrants face and to fill in the gaps for migrants and refugees globally.

“Migrants and Refugees are part of our DNA,” he said. “Our core purpose is to meet people in need exactly where they are without judgment or prejudice… amidst the chaos and confusion.”

Ambassador Geraldine Byrne Nason, Permanent Representative of the Ireland to the United Nations, praised the integral role faith based organizations play in caring for migrants and encouraged them to hold governments accountable for sticking to the Global Compact on Safe, Orderly and Regular Migration.

“Faith based organizations don’t wait for policy to catch up because could be waiting a long time,” Ambassador Byrne Nason said. “You see people in need of assistance on the ground and are able to address this global challenge.”

She also noted that she was struck by the testimony of Portillo and Giron and will take to heart the additional challenges women and girls face as migrants, as Chair the Commission of the Status on Women at the UN in March of 2019.

Ambassador Teodoro Locsin, Permanent Representative of the Philippines to the United Nations, said that faith based organizations are not only frequently the first to engage with migrants, but can also help tackle xenophobia by helping local communities to integrate their new neighbors.

Omar Kadiri, Deputy Permanent Representative of Morocco to the United Nations, said that all governments have a shared responsibility to work with civil society and faith based organizations to promote the rights and freedoms, especially since, like Morocco, so many States are countries of origin, destination, and transit for migrants.

Morocco will hold the 11th Summit of the World Forum on Migration and the Inter-governmental Conference in Marrakech in December of 2018.

The event was held in a packed Conference Room 7 at United Nations Headquarters.

The link to the video of the event has not yet been uploaded by the United Nations, but it will be uploaded to the Events tab of the Holy See Mission this week. 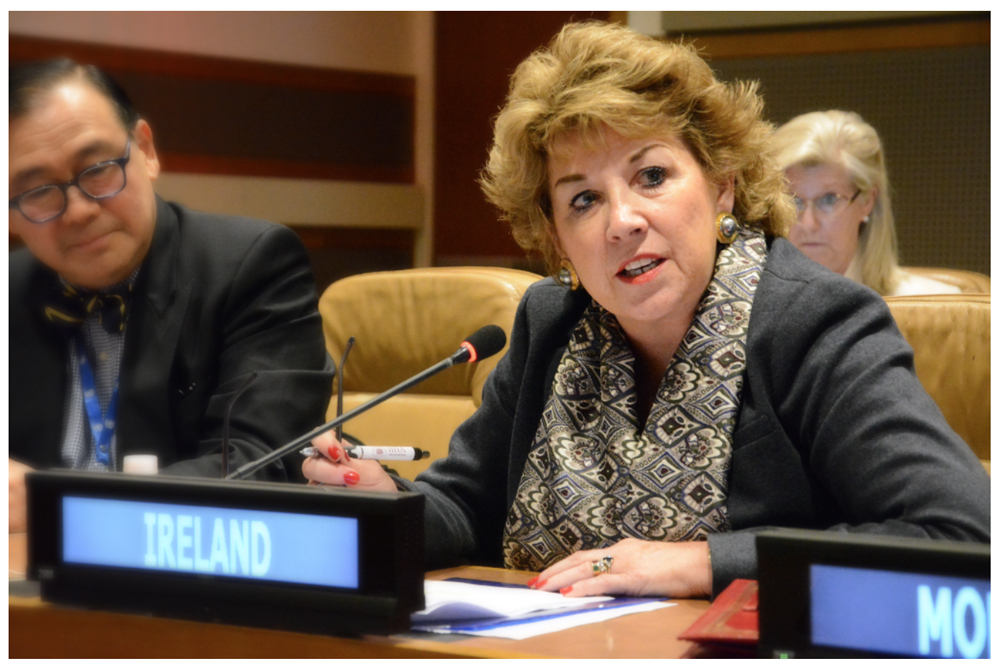 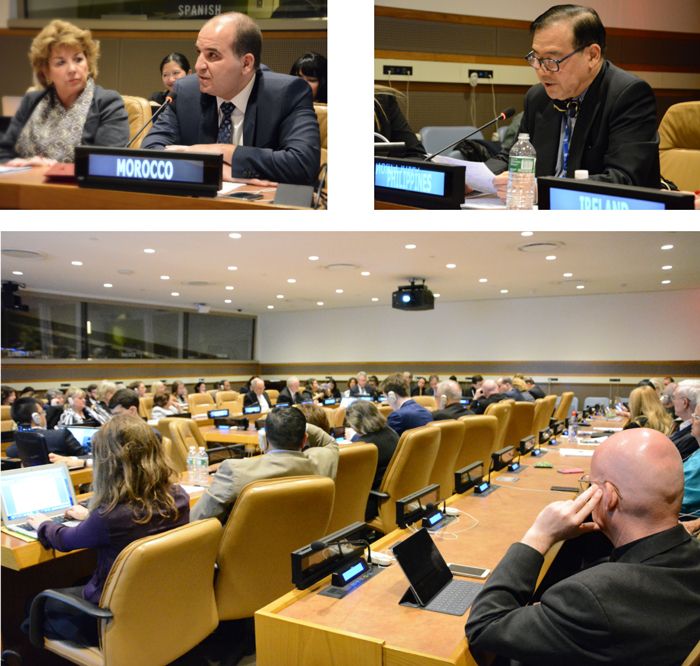