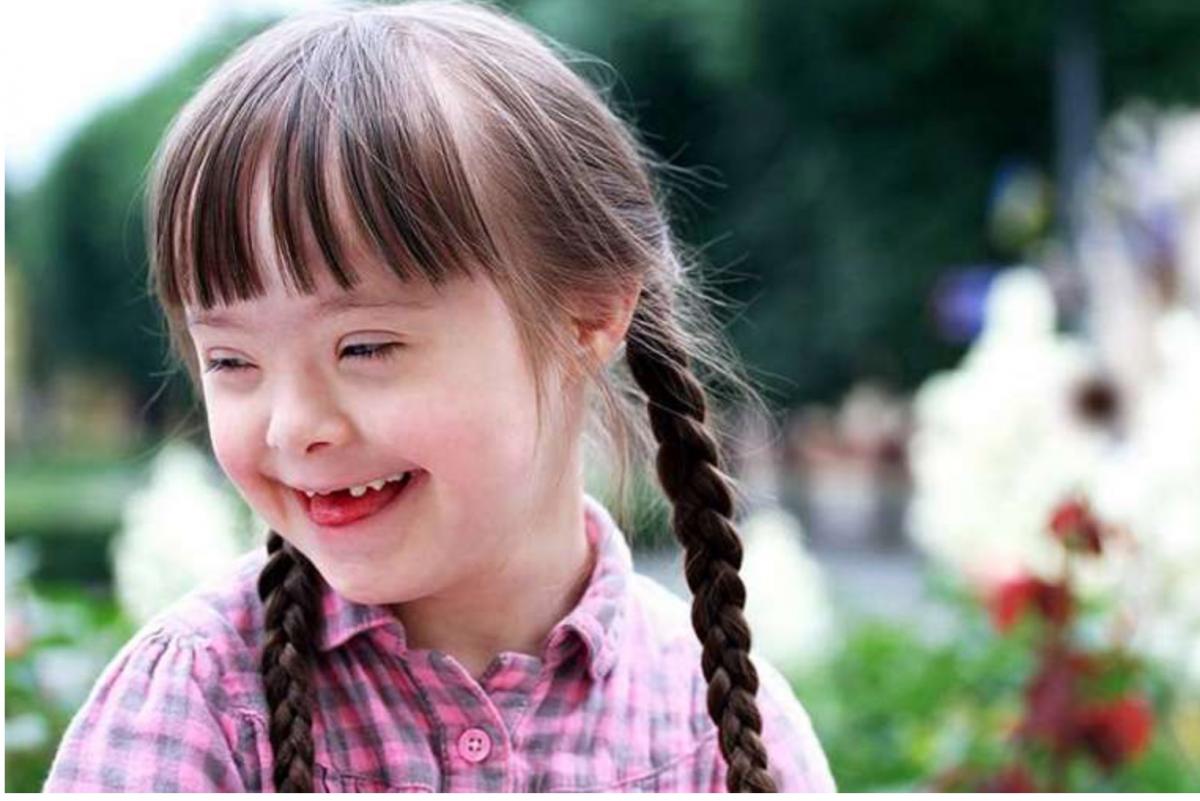 Social Protections for Women, Girls and All Those with Down Syndrome 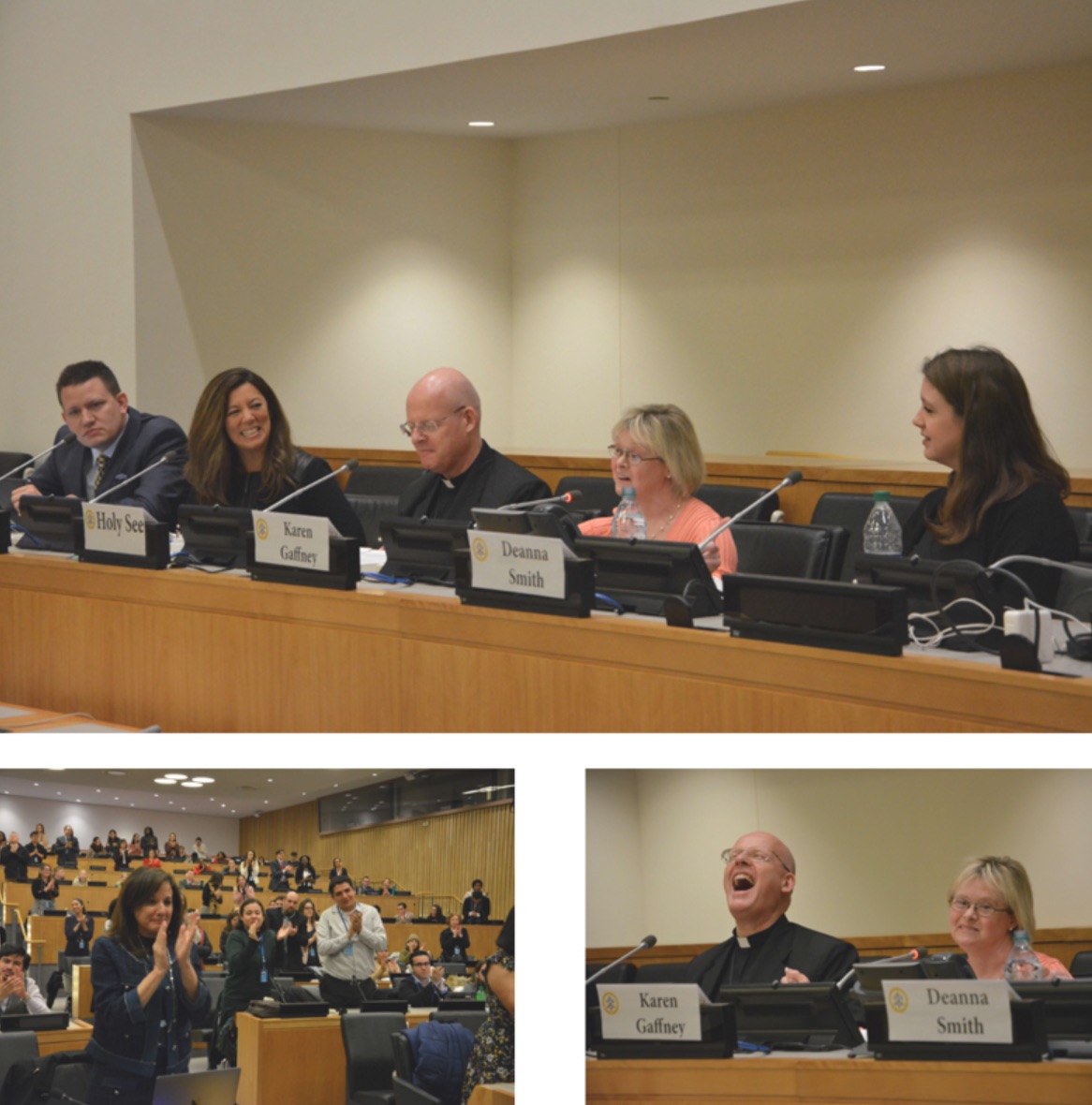 On March 21, the Permanent Observer Mission  of the Holy See to the UN held an event entitled “Social Protections for Women, Girls and All Those with Down Syndrome,” which the Holy See sponsored at the UN together with the Center for Family and Human Rights, in commemoration of World Down Syndrome Day, which the UN General Assembly in 2011 resolved to be celebrated March 21, or 3-21 in numerals, for its scientific name Trisomy-21.

Archbishop Bernardito Auza, Permanent Observer of the Holy See to the United Nations, said in remarks delivered by First Counselor Msgr. Tomasz Grysa, that while the Convention on the Rights of Persons with Disabilities explicitly protects all human rights and fundamental freedoms of those with long-term intellectual impairments, and the General Assembly in 2011 made a commitment to ensuring that those with Down Syndrome receive the full and effective enjoyment of all those rights and freedoms, many of their rights are denied, including the right to life.

“It's a struggle to build that inclusive society,” he said, noting that some countries are trying to eliminate Down Syndrome by eliminating those with Down Syndrome in utero, through disability-selected abortion, attacking the patient instead of the disease.

Karen Gaffney, President of the Karen Gaffney Foundation, has delivered a TED talk on her experience living with Down Syndrome. Gaffney received an honorary doctorate from the University of Portland for her work in raising awareness regarding the abilities of people who have Down syndrome

“50 years ago, people like me didn’t even have a place in the classroom!” she said.

“I know I am different than you. I look differently, I talk differently, I walk differently, and sometimes it takes me longer to learn things,” she said. “But you should also know I can probably swim much longer and much farther than anyone in this room!” Gaffney is a long distance swimmer and has swum the English Channel and the Escape from Alcatraz.

“It is important that you know that I am not the exception for people living with Down Syndrome,” she said. “If you put your head up and look around, you will see and hear and read about phenomenal accomplishments of those of us living with Down syndrome all around the world.”

She found herself contemplating abortion, but decided to keep and love her child however she came.

“I had never met a person with Down Syndrome before my baby was diagnosed,” which she said made her fearful, but she ultimately stood by her decision, even though she was constantly challenged by doctors.

“Every week there was some doctor asking if I want to terminate, even past the legal date,” she said. “They would say, ‘It has Down Syndrome, it’s fine [to abort].’”

She was appalled by the lack of understanding and discrimination children with Down Syndrome and other disabilities faced both inside and outside the womb, especially by countries that boast near 100 percent eradication of persons with Down Syndrome due to abortion resulting from pre-natal testing.

“50 percent of our supporters are pro-choice and 50 percent are prolife, but everyone should be anti-eugenics,” she said. “They deserve the best medical care not the worst.”

Deanna Smith, author of Motherhood Unexpected and mother of five, including to her daughter Addison, who was born with Down Syndrome, said that the key to ending the eugenic framework held by many countries is acceptance of persons with Down Syndrome. It’s necessary to change perceptions through exposure and integration, a goal that will not be met if persons with the disease are eradicated before they are born.

As a 24 year old, pregnant with Addison, she had a 1 in 1400 chance of having a child with Down Syndrome.

“I had a plan for my family and Down Syndrome didn’t have any place in it,” she said. “I was full of information of what I thought Down Syndrome was but had zero information on what that extra chromosome meant for an individual.”

Smith said that she is disheartened when she hears people justifying aborting children with Down Syndrome as “kindness toward the child” because they don’t want their child to “suffer or have a hard life.”

“Nothing about eliminating Down Syndrome is kind,” she said. “My daughter is not suffering. Not even a little bit. She is a little girl living life to its fullest.”

Rick Smith, Founder of Hope Story, a resource that links doctors to families raising children with Down Syndrome, so that when a couple receives a prenatal diagnosis of Down Syndrome, they also receive resources and stories of hope instead of a mere recommendation for an abortion appointment.

He was inspired to involve doctors in this process because of the reaction he received when his son, Noah, was unexpectedly born with Down Syndrome.

“We were surprised that three hours after he was born, we were told he had Down Syndrome,” he said. “Our OB-GYN left without telling us and then called our pediatrician who informed us. We never received congratulations.”

He shared the same sentiments as Deanna Smith (with whom he shares no relation) that a lack of exposure to people living with Down Syndrome often drives parents into fear.

“Many don’t have first-hand knowledge for what it’s like,” he said. “It’s a unique journey, but it’s certainly not a sad one.”

Too often, when doctors call to give the news that an unborn child has Down Syndrome, they also suggest scheduling an appointment for an abortion, Mr. Smith said.


To watch the event in its entirety on UN Web TV, click here.
To read Archbishop Auza's remarks in full, click here. 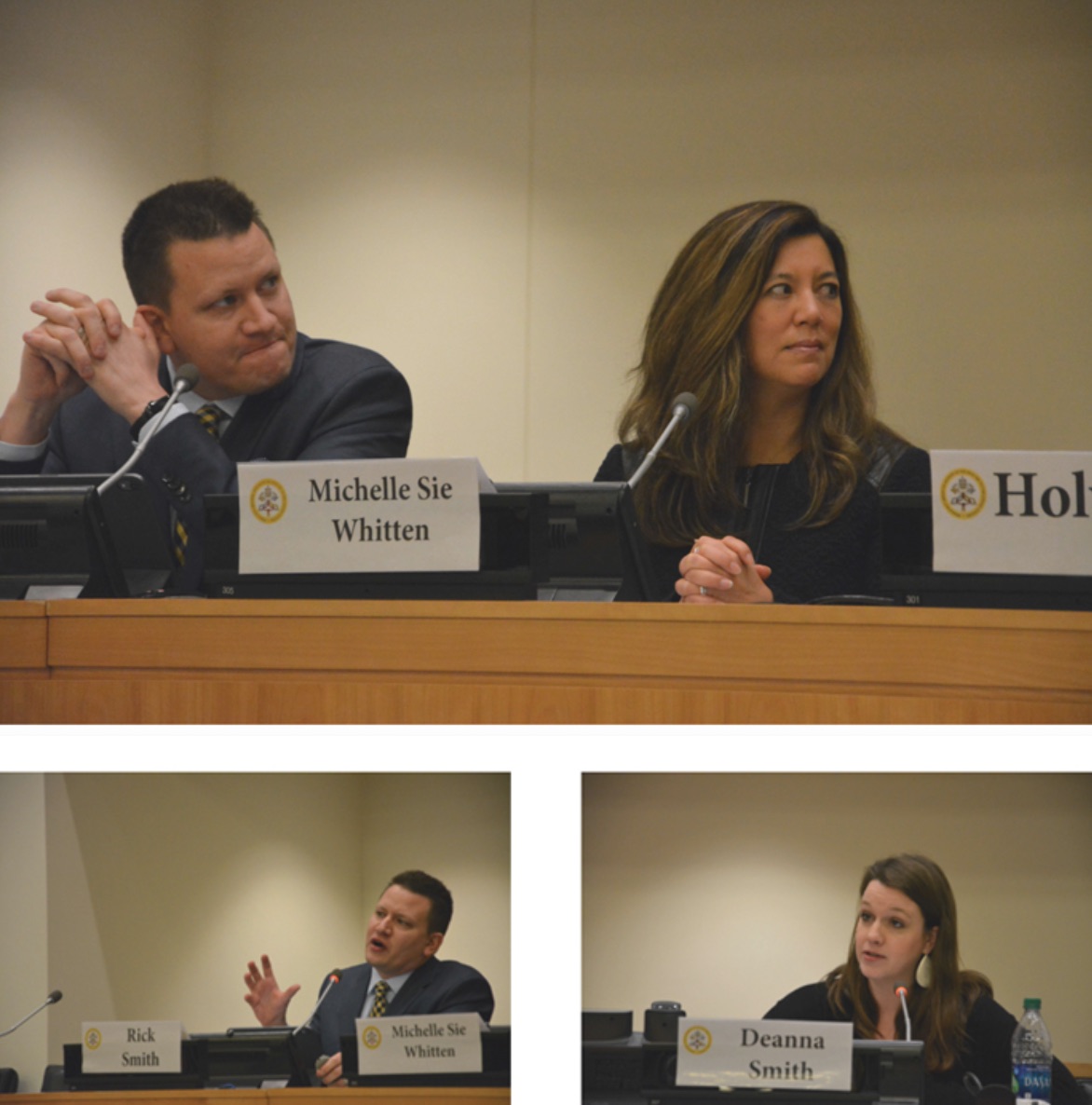 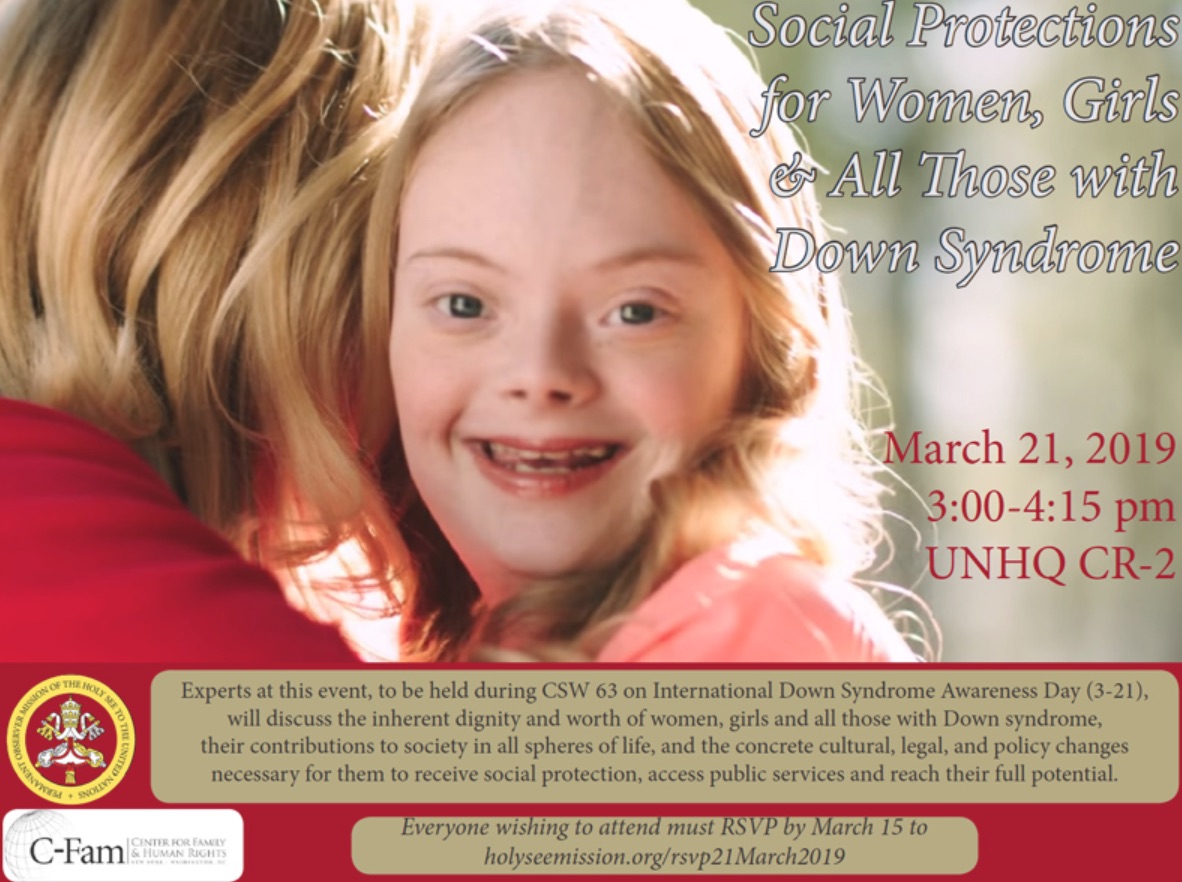