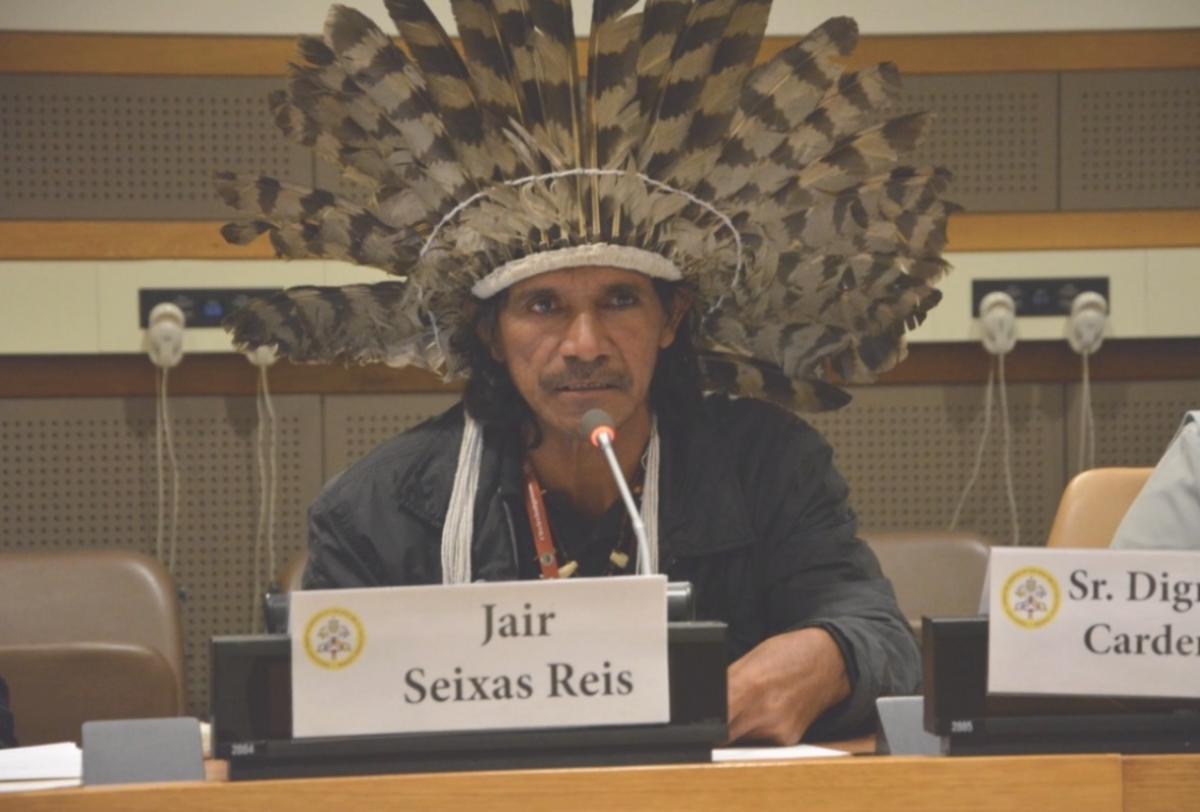 Responding to the Urgent Cries of the Amazon 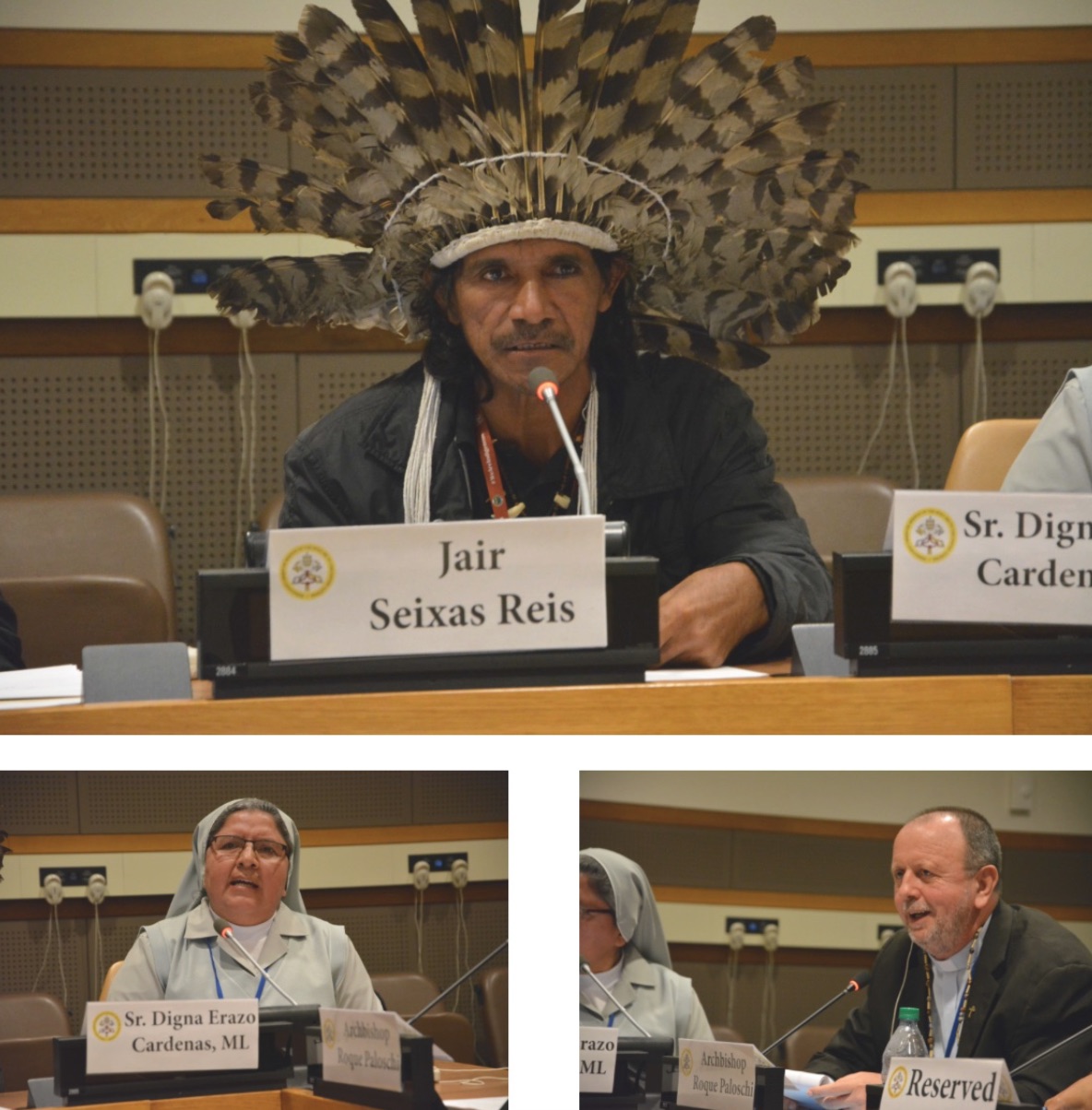 On April 26, the Permanent Observer Mission of the Holy See to the UN hosted an event entitled “Toward an Integral Ecology: Responding to the Urgent Cries and Horizons of the Amazon,” during the Permanent Forum on Indigenous Issues.” It was co-sponsored by the Red Ecclesial Pan Amazónica (REPAM), the NGO Mining Working Group, Conselho Indigenista Missionário of Brazil, and the Justice Coalition of Religious. It took place in preparation for the upcoming Synod on the Amazon: New Paths for the Church and for an Integral Ecology, which will take place at the Vatican October 6-27, 2019 as a forum for Church leaders and experts to explore best practices and solutions to challenges in the region.

Archbishop Bernardito Auza, Permanent Observer of the Holy See to the United Nations, said in remarks delivered by First Counselor Msgr. Tomasz Grysa, that during his 2018 visit to the Amazon, Pope Francis expressed his solidarity for indigenous peoples, who are great caretakers of the environment, yet face discrimination for following their ancient traditions and customs. Pope Francis called for an end to the exploitation of the Amazon, criticizing those who view the region as an inexhaustible source of resources without regard for the rights of indigenous peoples.

"The Church’s work needs to be further encouraged and launched afresh, especially through the training of Church workers, native teachers and clergy suited to local conditions and committed to consolidating, as it were, the Church’s 'Amazonian face,’ he said, repeating the words of Pope Francis.

Archbishop Roque Paloschi of the Archdiocese of Porto Velho, Brazil noted that Pope Francis’ 2018 visit to Puerto Maldonado, Peru, was extremely important to show the Church’s support for indigenous peoples. He expressed his hope that the Synod will show that the Amazon is not something to be conquered, but rather protected and that the hopes and dreams of its inhabitants need to be supported. Hearing the views of the indigenous peoples of the Amazon is crucial for the preparatory process of the Synod, he added.

“We are listening to the cries of the Amazon,” he said. “We are so grateful of the indigenous people,” Archbishop Paloschi said. “They are the spokespeople.”

Sister Digna Erazo Cardenas, a Pastoral Agent of the Aguarico in Ecuador, said that regardless of protection under national or international law, Amazonian peoples are being taken advantage of and are enduring many hardships, such as a lack of clean water due to oil spills and industrial waste,  increased violence, prostitution, high death rates, and general poverty, along with the undermining of their ancient traditions.

The Amazon holds the most biodiversity on the planet, which makes it an important region for sustaining the planet, but also prone to exploitation due to its rich resources, she noted.

“The Amazon is an integral organism in south America that benefits all the inhabitants of the planet, which is why it’s a special region of global importance,” she said, stressing that the countries and companies of the Global North often reap the benefits of exploiting the lands, and indigenous peoples from the Global South suffer the consequences. She called for greater conservation and sustainable management of the biodiversity and cultural values of indigenous peoples.

Chief Jair Seixas Reis of the Maraguá Community in Brazil expressed his concern about the lack of demarcation of indigenous lands and called on the international community to advocate for the care of indigenous territories.

“The world needs to speak out because Amazonia is the lung of our world. If our lung doesn’t work, our earth will die,” Chief Reis said. He has received death threats for standing up for his native land, but said that his greater concern is for his people. “It is very important to give peace and security to the indigenous people.”

Fr. Justino Rezende, a member of the Pre-Synodal Council of the Synod of the Amazon and a Salesian since 1984, is the only indigenous priest participating in the pre-Synodal meetings. He said that the people of the Amazon are highly aware of the importance of the rainforest, but the whole world must follow suit and understand the great loss to the world would face without the Amazon and its indigenous peoples.

“Often when we defend our land and culture, we are blamed for preventing progress, but we cannot have progress equal to destruction,” he said. “Progress needs to be defending humanity, not destroying it.”

Fr. Rezende noted that early on in the planning process, when some collaborators advocated holding the Synod in a South American country, the Holy Father insisted the meeting take place at the Vatican to spread awareness of its importance throughout the western world and northern hemisphere.

Fr. Rezende called on everyone to make a “commitment in favor of life and  to rethink the way we address indigenous issues leaving a mentality of colonization behind and progressing to one of understanding indigenous language and appreciating their culture.” 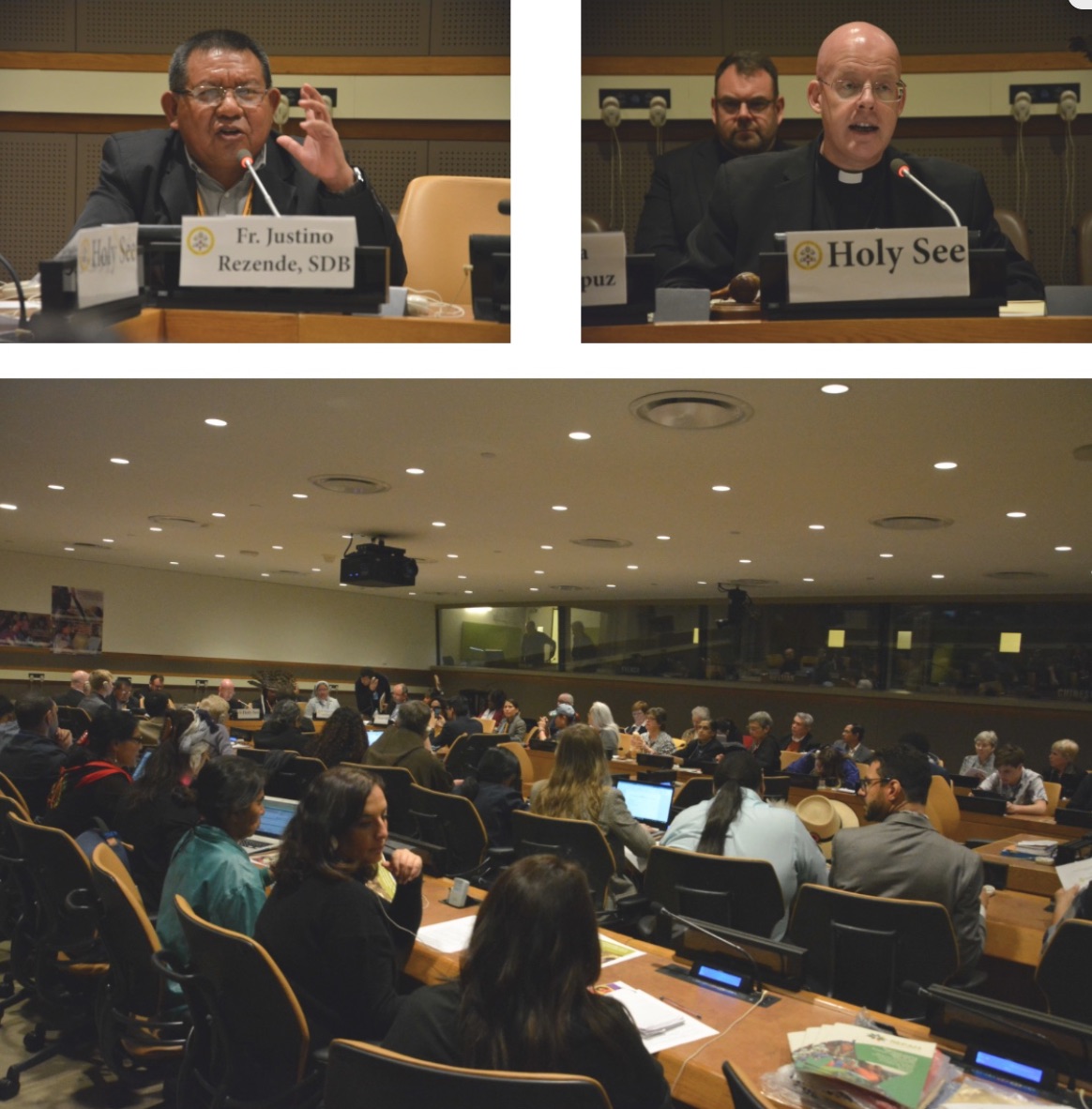