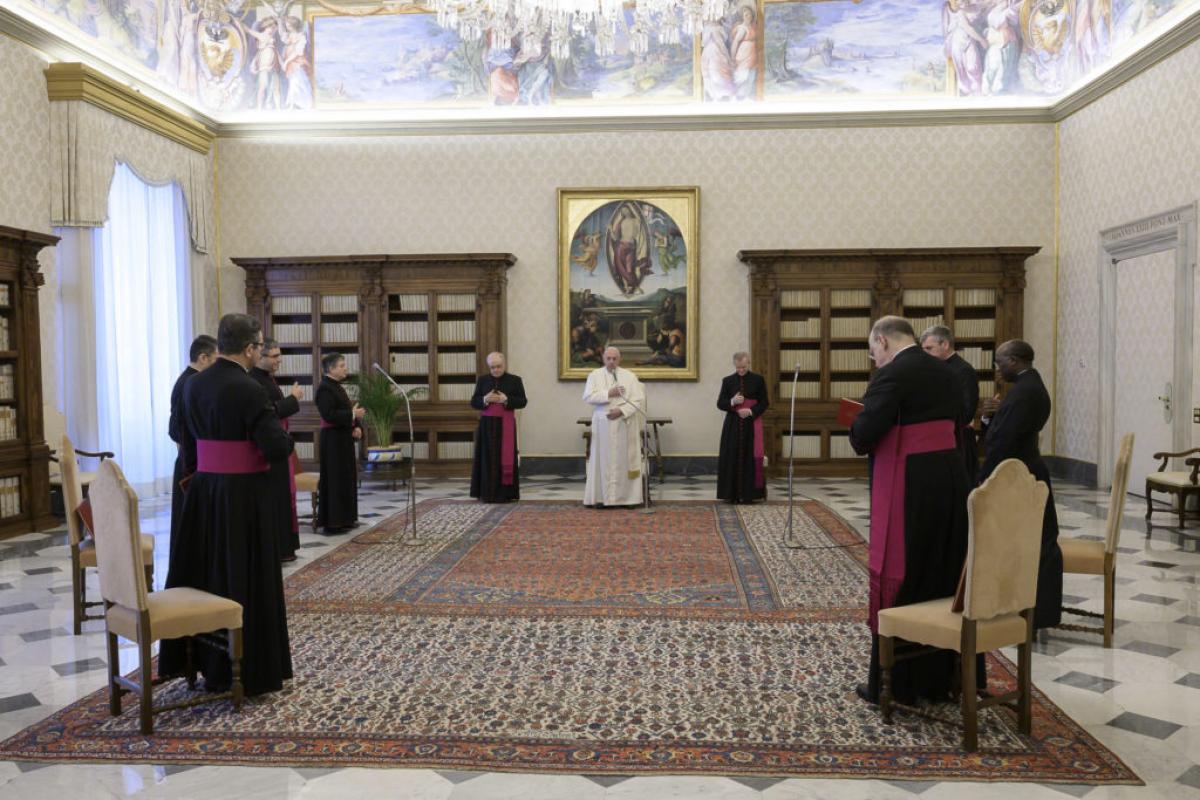 Pope calls 50th Earth Day an occasion to renew our commitment to our common home.
By Ora Duffley

VATICAN CITY — Pope Francis dedicated the theme of his April 22 virtual General Audience to the celebration of the fiftieth anniversary Earth Day, which he said is an opportunity to recommit to love and care for the gift of the Earth and to care for all members of our human family.

Pope Francis remarked that the tragic coronavirus pandemic has taught us that we can overcome global challenges only by solidarity with one another and embracing the most vulnerable.

He spoke out about the “selfishness” that has led to our failed responsibility to be guardians and stewards of the Earth. “We have polluted it, we have despoiled it, endangering our very lives,” he said, and said that the failure to take care of the Earth and its inhabitants was a sin against God, our neighbors and the gift of creation.

He highlighted how the Book of Genesis reminds us that “we are fashioned from the earth” and sustained by it, but not merely “earthly” because we bear within us the breath of life that comes from God. And in our nature as “the image of God,” we are called to care for and to respect all creatures, and to offer love and compassion especially for the most vulnerable, in imitation of God’s love for us.

The Pope stated that it is vital that people restore “a harmonious relationship” with the Earth and with the rest of humanity. In the natural world, we see the “Gospel of Creation” that expresses God’s creative power in fashioning human life and bringing the world and all it contains into existence. This realization, he said, requires that we look at the Earth, not merely as a “storehouse of resources for us to exploit,” but as a sacred gift that sustains all of humanity.

Pope Francis spoke about the various international and local movements that have sprung up to appeal to our consciences about caring for our common home, stating that he profoundly appreciates these initiatives. He noted how young people have taken to the streets to teach us that we have no future if we destroy the very environment that sustains us.

He said it would help “if people at all levels of society come together to create a popular movement,” much like Earth Day was founded in 1970, he said.

He said that everyone can learn from indigenous peoples, who have the wisdom of living in harmony with the Earth and teach us that we cannot heal the Earth unless we love and respect it.

As world leaders prepare for two upcoming international Conferences — COP15 on Biodiversity in Kunming, China  and COP26 on Climate Change in Glasgow — he stressed the need for international cooperation, hoping that global interdependence will lead to a common plan.