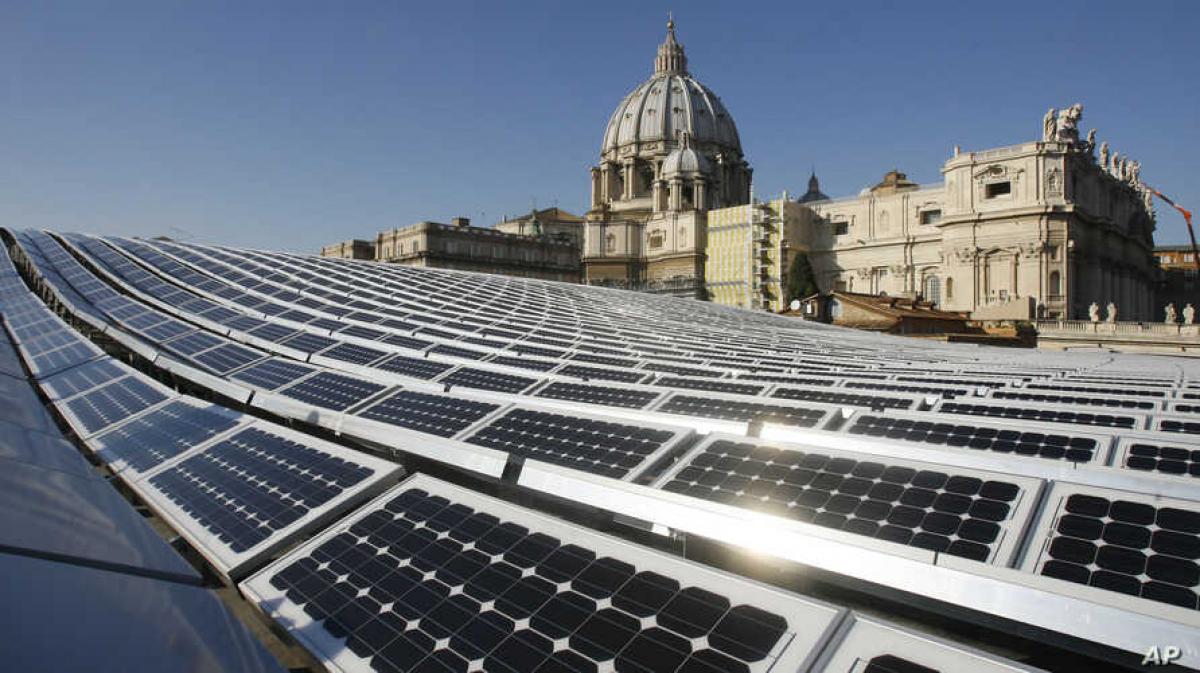 On the Path to Caring for Our Common Home

To mark the fifth anniversary of Pope Francis’s encyclical, Laudato Si’, published on 18 June 2015, a new document entitled “On the Path to Caring for Our Common Home: Five Years after Laudato Si’" was released Thursday June 18 at a Press Conference held at the Vatican. The new document details concrete measures on how to implement the teachings and recommendations in the encyclical.

The new document was drafted by the “Holy See Interdicastery Roundtable on Integral Ecology,” created in 2015, to evaluate ways to promote and implement integral ecology. The Roundtable is a group of Vatican dicasteries (departments) including the Congregation for Doctrine on Faith, the Dicastery for Laity, Family and Life, the Dicastery for Communication, the Pontifical Councils for the Promotion of Christian Unity, Interreligious Dialogue, Culture, and The Promotion of the New Evangelization, the Pontifical Academies of Sciences and Social Sciences, the Synod of Bishops, numerous Bishops' Conferences, often represented by their International Associations, the International Unions of and Superiors General, and some networks of non-governmental organizations such as CIDSE.

The document consists of two chapters dedicated to Education and Ecological Conversion and to Integral Ecology and Integral Human Development. It is directed toward local churches, parish communities, public representatives and average faithful.

In his address Archbishop Gallagher retraced the genesis of the text, the objective of which, he said, is not to duplicate Laudato Si’, but rather, through ethical reflection on the values contained in the encyclical, to focus on the richness of the original text and to commit to its implementation.

This new document is action-oriented, answering the posed at the conclusion of Laudato Si’: “What should we do?” It considers a wide range of situations from the daily life of the domestic economy to the implications for the international community.

Gallagher informed the conference of the Holy See's upcoming accession to the Kigali Amendment to the Montreal Protocol on substances that deplete the ozone layer. The Kigali Amendment aims at countering the problem of the so-called "ozone hole" and the phenomenon of climate change. This is the direction desired by the Holy Father, who wrote in Laudato Si’ that "human freedom is capable of limiting technology, of guiding it, and of putting it at the service of another kind of progress, healthier, more human, more social and more integral” (112).

Although “On the Path to Caring for Our Common Home” was written before the Covid-19 pandemic, the 227-page vademecum offers guidelines on how to embrace and enhance the synergies of Laudato Si’, to promote reflection on its elements and to foster the collaboration of Catholic institutions worldwide. The pope's appeal to protect nature is increasingly urgent as the global pandemic alters lifestyles and makes painfully plain the fragility of life, Gallagher said.

Gallagher urged action to respond to the present socio-economic, ecological and ethical crisis, calling it “a propitious moment for conversion and concrete decisions.”

The text calls, he added, for an “honest and coherent dialogue on the common good, capable of enhancing multilateralism and cooperation between states and aimed at avoiding the dangers of political and economic exploitation.” To safeguard our world is a complex task and full of pitfalls and difficulties, he said, but one must recognize that "the whole is greater than the part.”