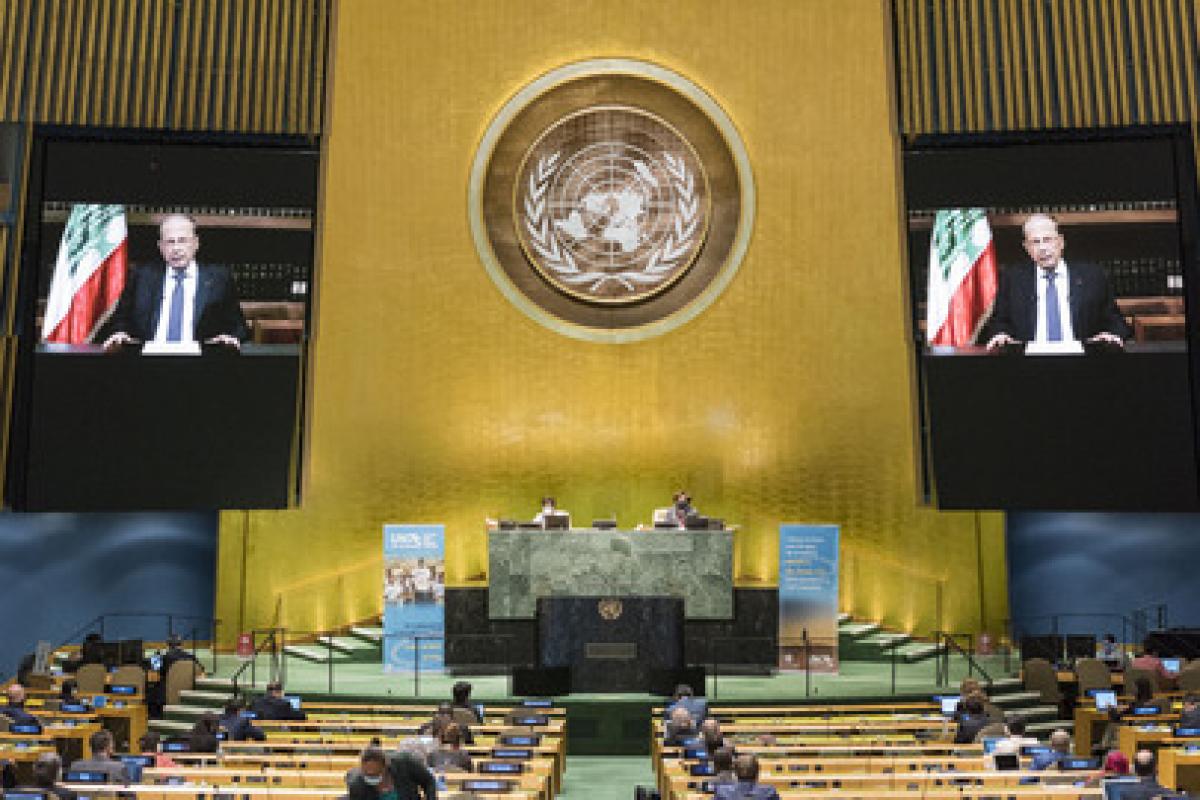 A Unique High-Level Week About to Begin

NEW YORK — During the High-Level portion of the General Debate at the beginning of each session of the General Assembly, the United Nations is used to welcoming in person hundreds of Heads of State and Government, Foreign Ministers and their entourages.

This year, because of the COVID-19 pandemic, even though the General Debate is happening, New York City will be far less frenetic. The statements that will be given for the General Debate, for the Summits on the 75th Anniversary of the United Nations, the 25th Anniversary of the Fourth World Conference on Women held in Beijing, Biodiversity and the International Day for the Total Elimination of Nuclear Weapons will all take place via pre-recorded video messages.

Within the General Assembly Hall, in order to keep to UN social distancing guidelines, only one representative per Member State or Permanent Observer State will be able to be in the six seats normally assigned to each country.

While in normal years, the Holy See would be represented at the General Debate, Summits and other High-Level Meetings by the Secretary of State, Cardinal Pietro Parolin, or the Secretary for Relations with States, Archbishop Paul Gallagher, this year, because the statement can be delivered by video message, Pope Francis will give it. The statement will be given on Friday, September 25, in the late morning.

The General Debate will take place between Sept. 22 and Sept 29.

The day before the General Debate commences, on Sept. 21, the United Nations will host a Summit commemorating the 75th Anniversary of its founding. Cardinal Parolin will give the statement on behalf of the Holy See.

On Sept. 30, the United Nations will hold a Summit on Biodiversity, and the Holy See’s statement will be delivered by Archbishop Gallagher.

On Oct. 1, when the UN has a Summit to commemorate the twenty-fifth anniversary of the Fourth World Conference on Women, held in Beijing in 1995, Dr. Francesca DiGiovanni, Undersecretary for the Multilateral Sector of the Section for Relations with States, will deliver the statement.

On Oct. 2, Archbishop Gallagher will deliver the Holy See’s statement during the Summit marking the International Day for the Total Elimination of Nuclear Weapons.