Our website is being upgraded and may show errors while we work. Please check back in a few hours.
Week of September 5, 2016 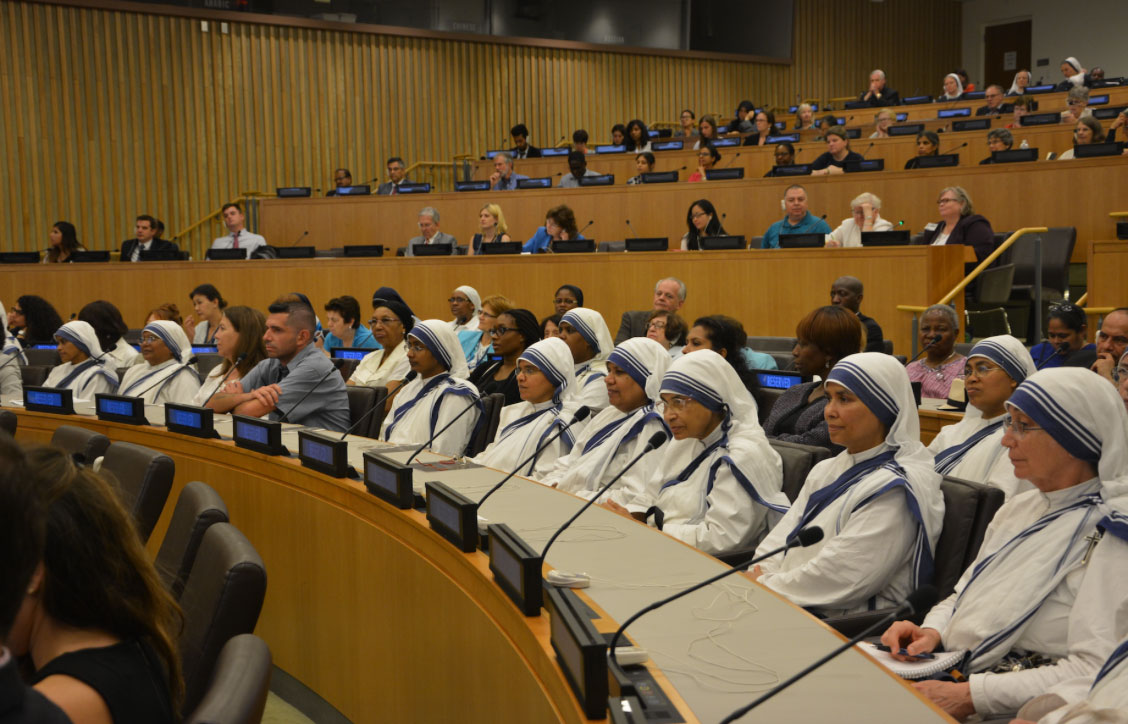 The week following Pope Francis’ declaration of Mother Teresa of Calcutta as a saint on September 4, the Holy See Mission commemorated her canonization with several events that focused on the legacy of her words, witness, and work.

The Holy See, together with Alliance Defending Freedom International, sponsored a week-long Exhibition from September 6-9 at the UN, which included four triptychs on her life, her role as a peacemaker and peace builder, her caring for the poorest of the poor and her passion to leave no one behind.

The Exhibition was formally presented at a reception September 8, during which Archbishop Bernardito Auza, Permanent Observer of the Holy See to the UN, Alan Sears, the President and CEO of ADF International, and Sister Clare Roy, of the Missionaries of Charity in the Bronx each gave brief presentations on the important role Mother Teresa played in serving to bring peace and authentic love to the world.

The Knights of Columbus also brought to the Official Opening the original image of Saint Teresa from which the banner hanging at her canonization in St. Peter’s Square was made. 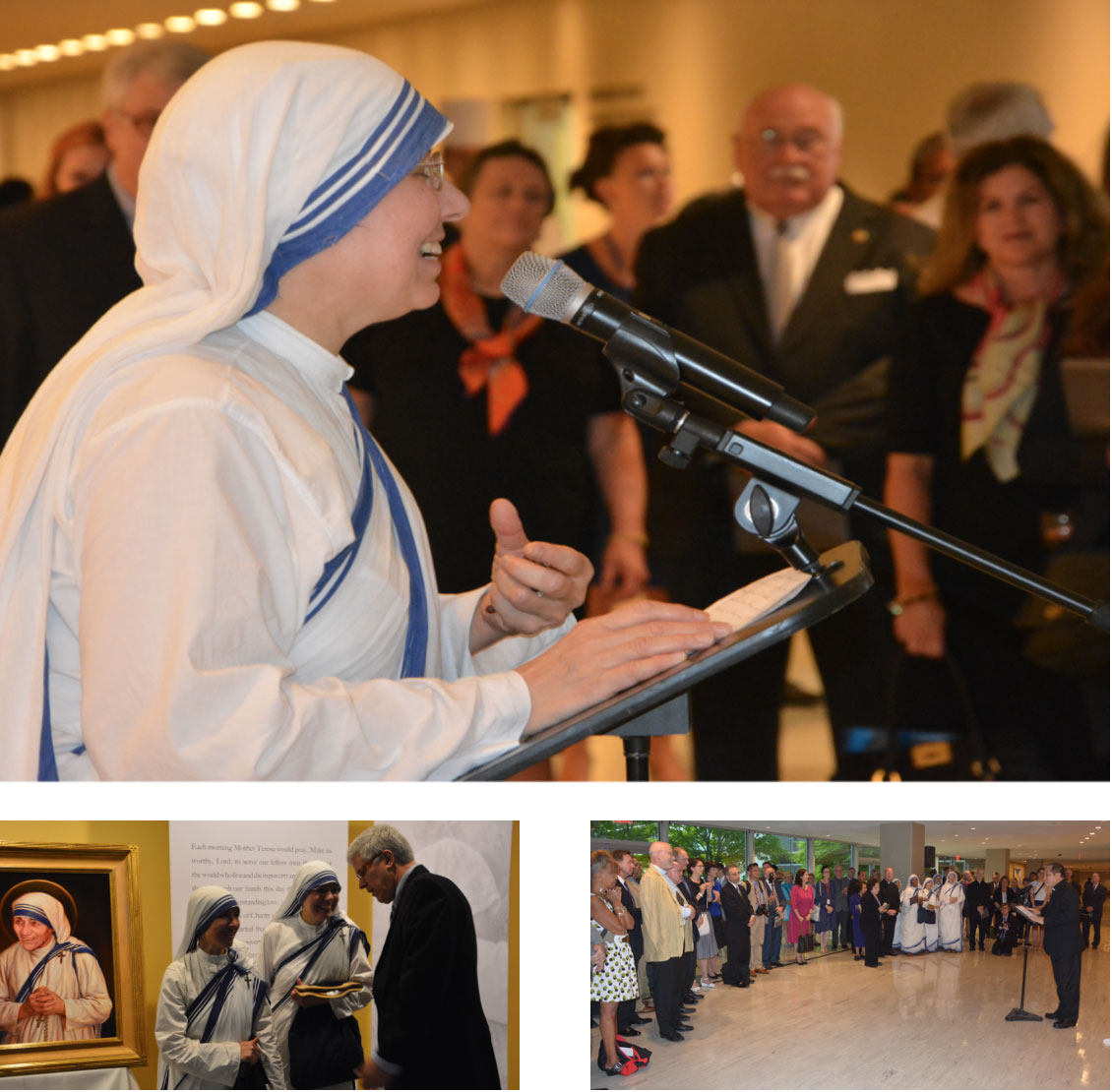 The climax of the week was the September 9 event entitled “Leaving No One Behind: Mother Teresa’s Enduring Message for the International Community Today” sponsored by the Holy See Mission, together with the Permanent Missions of Albania, India, Italy, and the Former Yugoslav Republic of Macedonia, and ADF International. 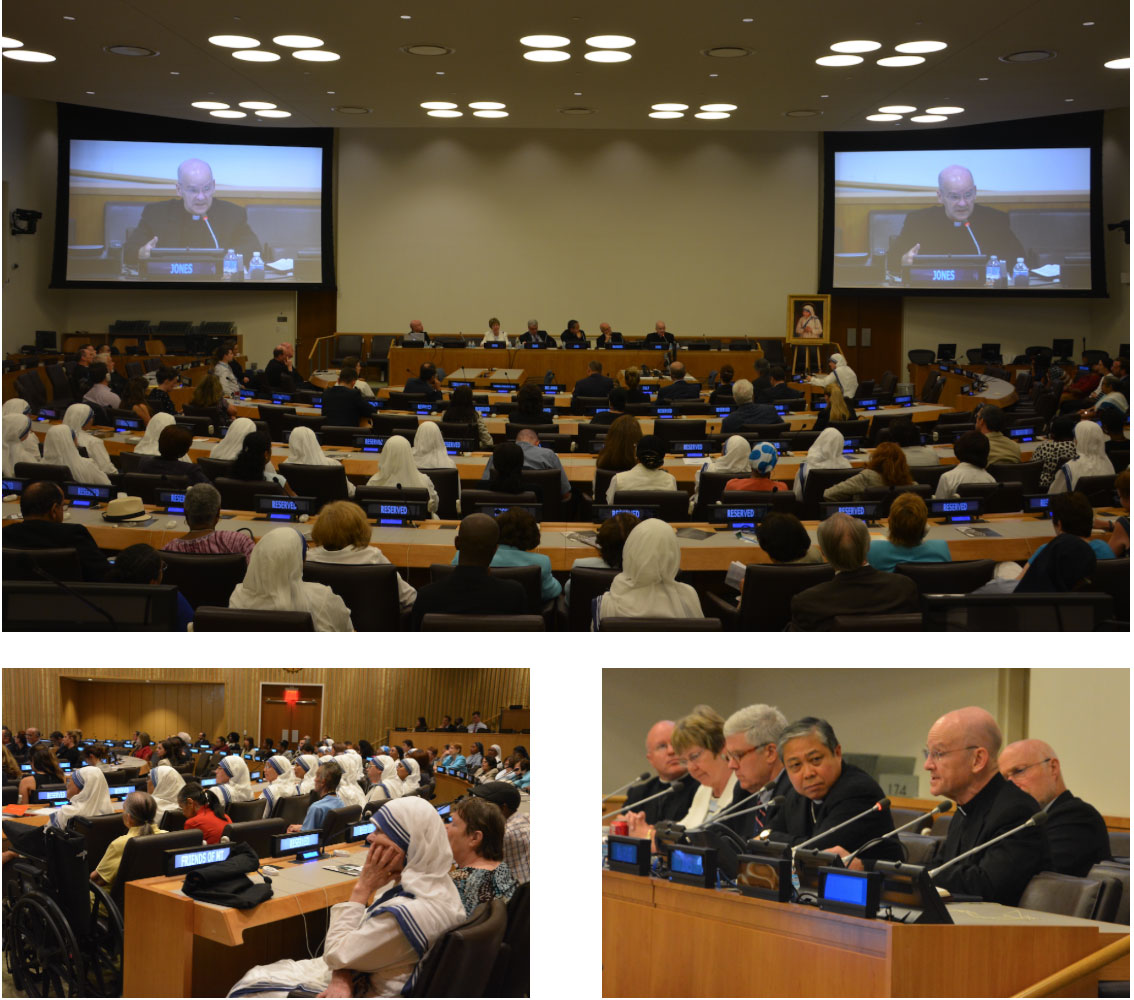 The second panel consisted of speakers from the Permanent Missions of countries that had unique connections to Mother Teresa, who would say, “By blood, I am Albanian. By citizenship, an Indian. By faith, I am a Catholic nun. As to my calling, I belong to the world.” 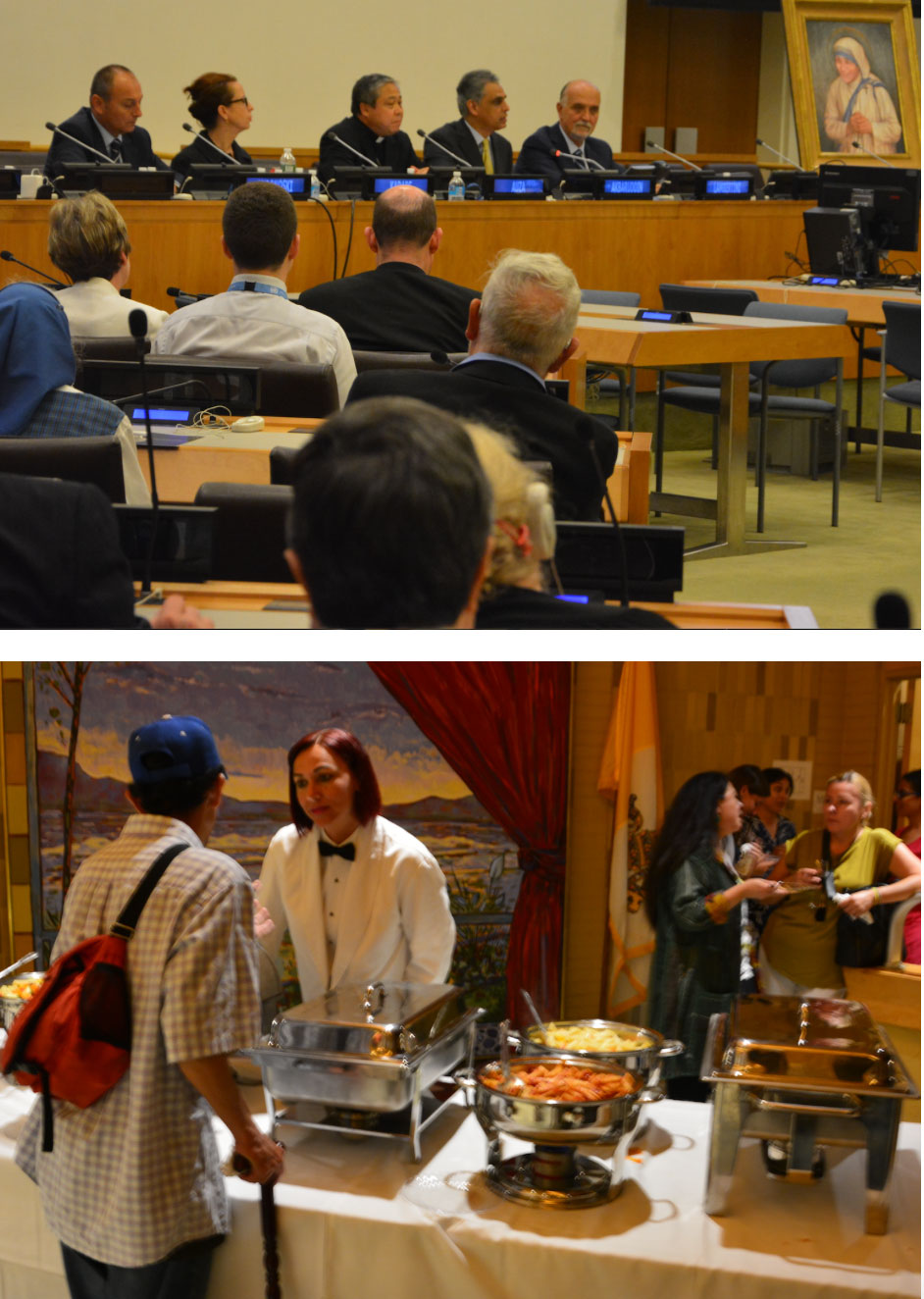 Following the Conference, a dinner was held at the Church Hall of Holy Family Parish for the event attendees, including over 100 of the “Friends of Mother Teresa” served by the Missionaries of Charity in their various apostolates in the New York area.

In next week’s edition of the newsletter, we will provide a fuller review of the event as well as the link to watch the September 9 Conference in its entirety via webtv.un.org.