Our website is being upgraded and may show errors while we work. Please check back in a few hours.
Week of September 12, 2016 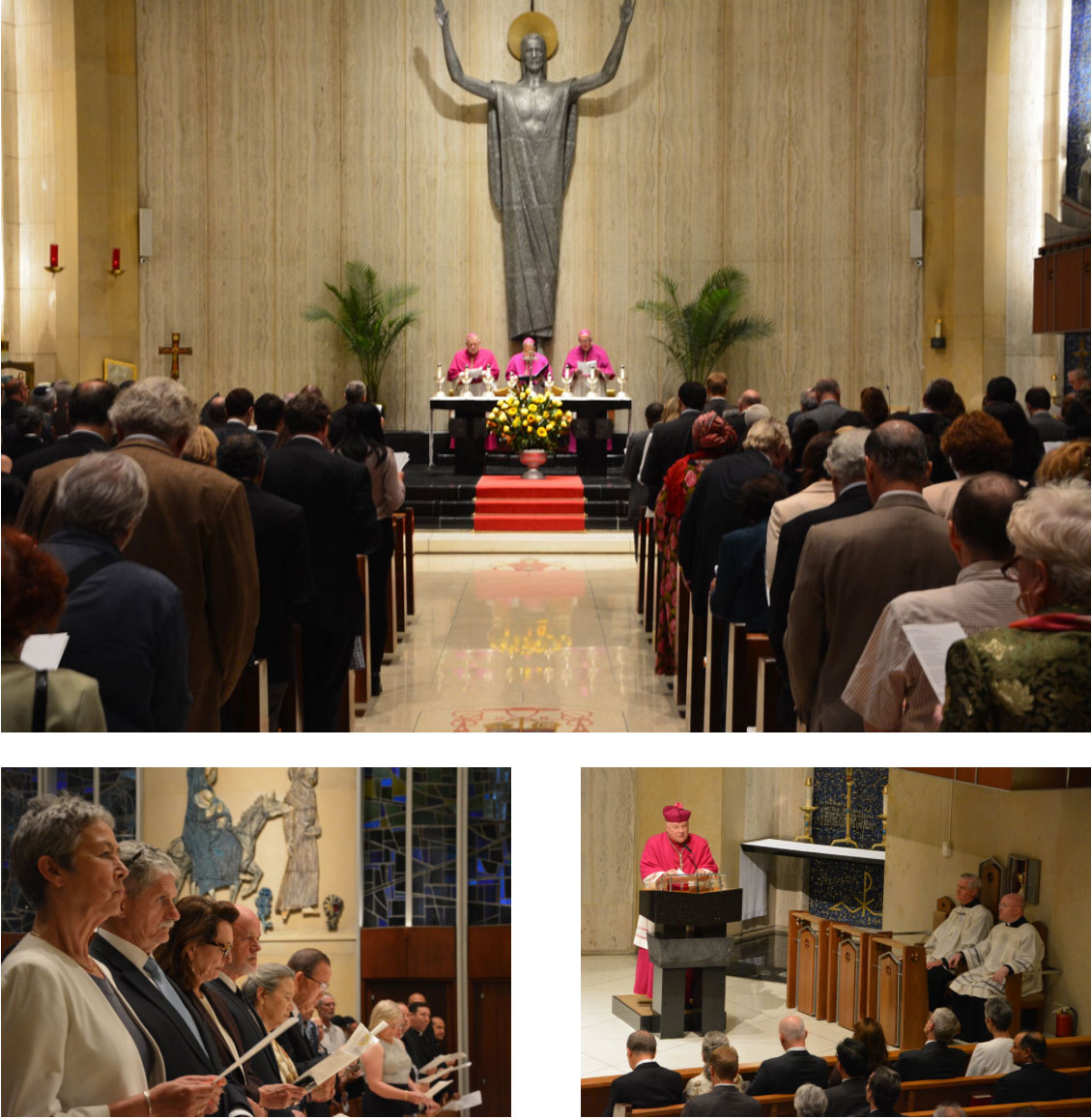 With refugees and displaced peoples hitting record numbers around the world, Archbishop Thomas G. Wenski called on diplomats gathered for the opening of the 71st United Nations General Assembly in New York to rise to the challenge of this “humanitarian disaster.”

In powerful remarks to listeners that included U.N. Secretary General Ban Ki-moon, Archbishop Wenski said the unprecedented 65 million people displaced from their homes may be the most pressing of the many challenges facing the global community today.

“History will judge us on how we respond to this crisis,” he said. “Let it not be said that we were indifferent to it.”

Archbishop Wenski told the ambassadors and other diplomats “every human being, just because he or she is a human being, has a right to live in conditions worthy of human life.”

“When people do not find conditions necessary for human flourishing where they are – because of lack of economic resources, political oppression or religious or social persecution – they will seek or will be forced to seek such conditions…elsewhere,” he said.

“Our world leaders must decide to meet this challenge by increasing their commitments to the protection of these vulnerable refugees and migrants,” he said.

This article was written by Mary Ann Poustin and was originally posted on the Archdiocese of Miami website. 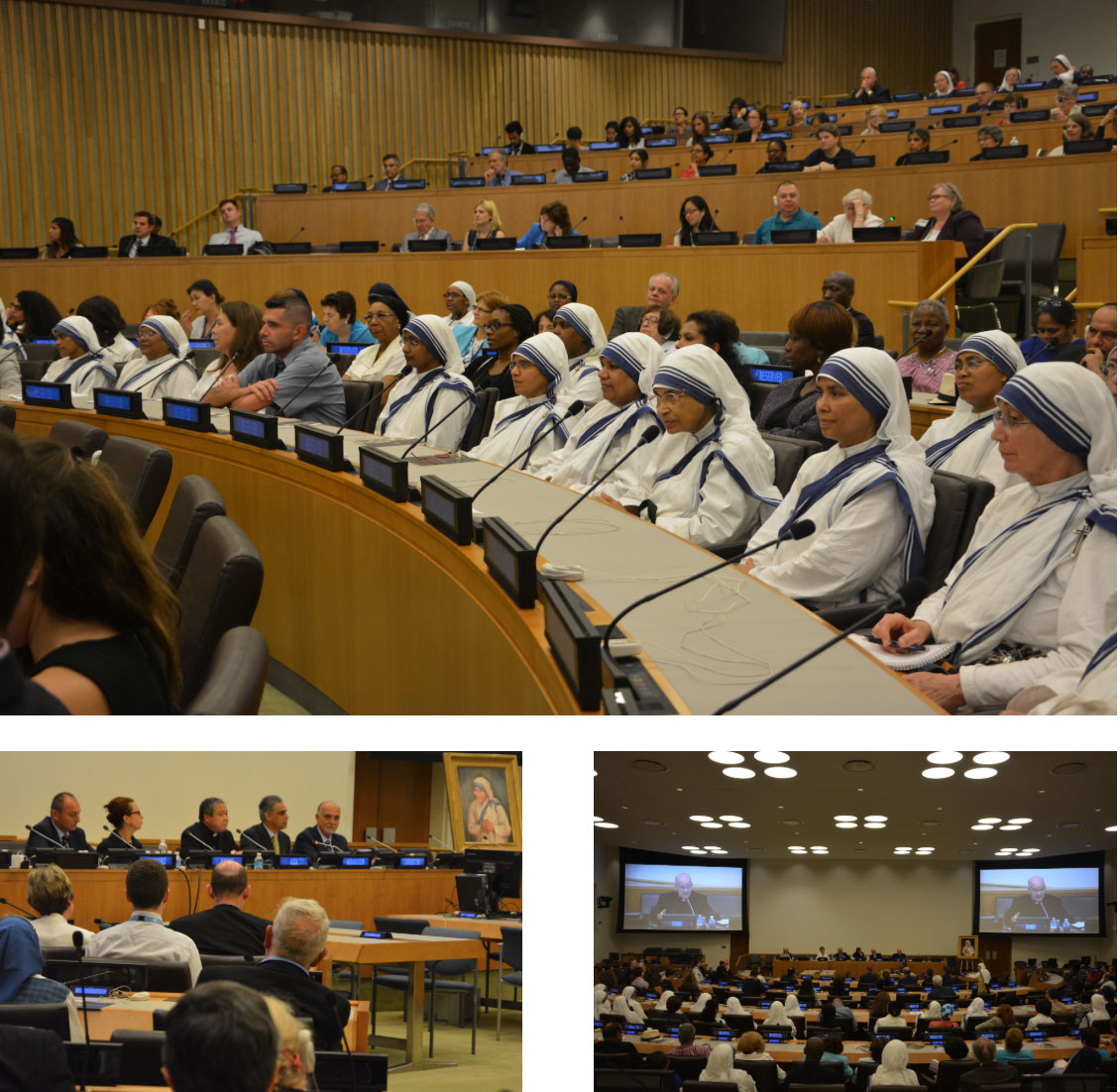 During a series of events at the UN following Mother Teresa’s September 4 canonization by Pope Francis, those who knew her said that she exemplifies the virtues that all those working for peace, to leave no one behind, and to lift the poor out of extreme poverty need to achieve those nobel objectives.

The climax of the week was the September 9 event entitled “Leaving No One Behind: Mother Teresa’s Enduring Message for the International Community Today” sponsored by the Holy See Mission, together with the Permanent Missions of Albania, India, Italy, and the Former Yugoslav Republic of Macedonia, and Alliance Defending Freedom International.

Archbishop Bernardito Auza, Permanent Observer of the Holy See to the UN said she personifies the motivation behind the sustainable development goals, which aim to “leave no one behind.”

“She cared for the dying who had been left abandoned on the streets; for lepers; for those with HIV/AIDS before governments and most in the world were aware of what was going on,” he said. She likewise cared “for pregnant mothers and other women in need; for orphaned, abandoned, unwanted and unborn children; for the homeless and hungry; for refugees and those who others considered ‘untouchable.’”

To read this article in its entirety, click here. 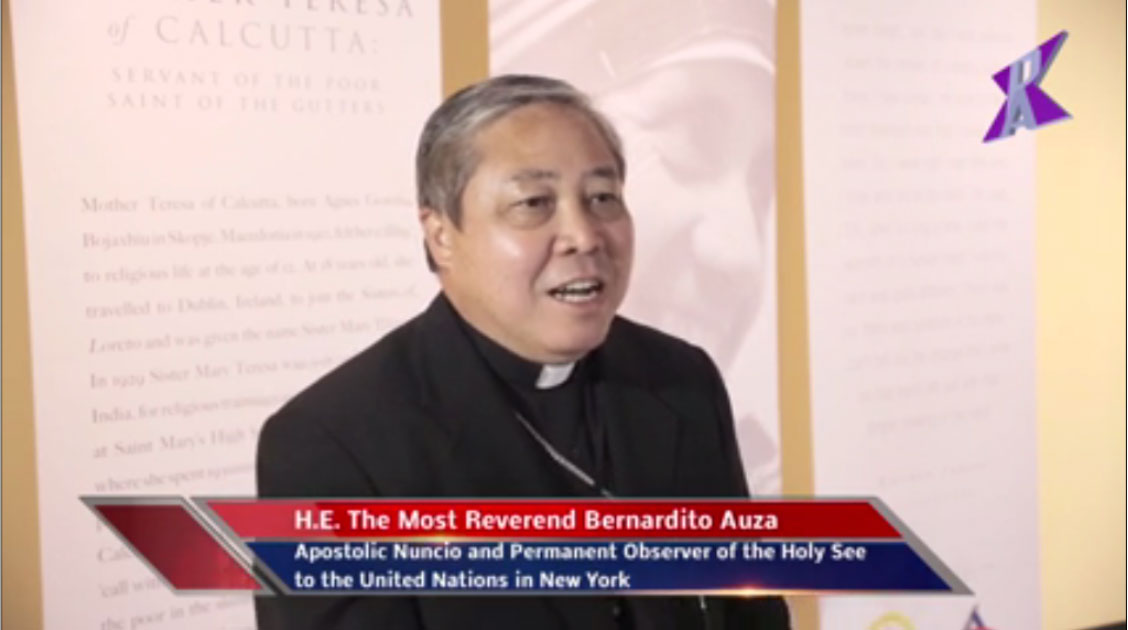 Click here to watch a video report on our Mother Teresa events by Pax Press Agency.