Our website is being upgraded and may show errors while we work. Please check back in a few hours.
Week of December 11, 2017

Archbishop Auza Meets with
Pope Francis at the Vatican 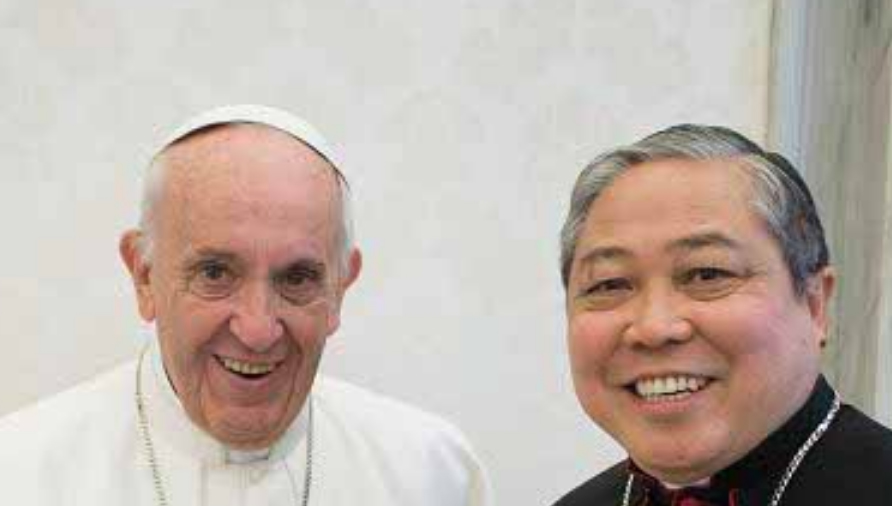 On December 14, Archbishop Auza was received by Pope Francis in the Vatican for his annual meeting to inform the Holy Father on the Holy See's work at the UN. Among the topics they discussed were the upcoming Global Compact on Migration and the recent Treaty on the Prohibition on Nuclear Weapons, which the Holy See signed and ratified on September 20. After their meeting, Vatican Radio interviewed Archbishop Auza; an excerpt of Vatican Radio's report follows.

Vatican Radio - The Archbishop said that during their conversation the Pope expressed appreciation for the work of the Holy See Mission at the UN and said he is aware of the demanding kind of work it is and of the challenges faced in certain questions.
“I thanked him for having not only signed, but ratified the new treaty on nuclear weapons, he said, I told him how he played a major role in pushing forward the treaty and inspiring countries who are the leaders of this process to go forward”.

Auza explained how the Pope’s message calling for a treaty on the elimination of nuclear weapons was read at the opening of the negotiations and of how the Holy See had a delegation of experts pushing forward its agenda on all fronts.

He said that they were very united in pushing for the “final objective of trying to move forward the question of the prohibition of nuclear weapons towards total elimination.”

“I thanked the Pope for that, and he said it is a moral imperative of our time” he said.

He said they also spoke of  questions related to the respect for life, for religious freedom – some of them with strong moral and ethical implications like sexual and reproductive rights, “ and then the question of gender”.

The Archbishop revealed they also chatted about his family as the Pope met his parents in New York and asked about his mother whom, he said, “is turning 96 and about his father who is 95 as they prepare to celebrate their 73rd wedding anniversary – all very exciting!”

“I was very happy about the audience, he concluded, and I think the Holy Father was also pleased to hear this little update about all the things we do in New York!”

To read the full article and listen to the interview in its entirety, click here. 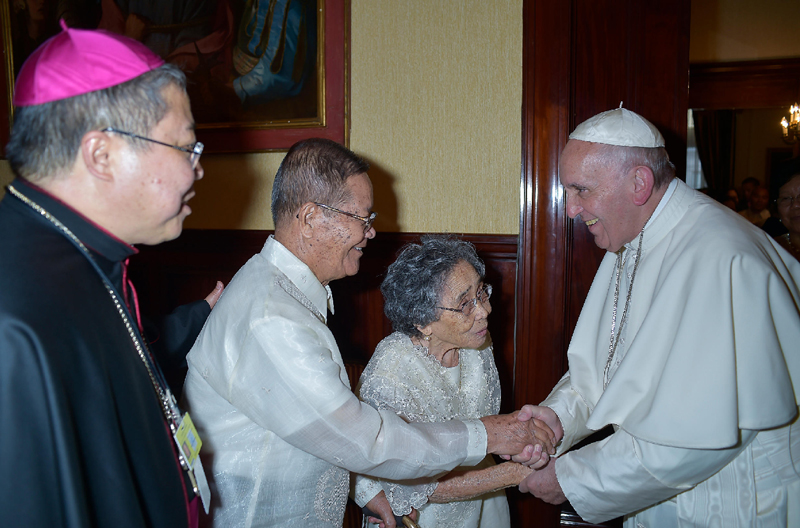 Pope Francis greets Archbishop Auza and his parents, Meliton Garcia Auza and Magdalena Polestico Cleopas, during his September 2015 visit to the United States.

On December 12, the Vatican press office released a statement to address the current situation in Jerusalem. In its statement, the Holy See reiterated its call for lasting peace in Jerusalem through a negotiated solution between Israelis and Palestinians. The English translation of the press release follows. 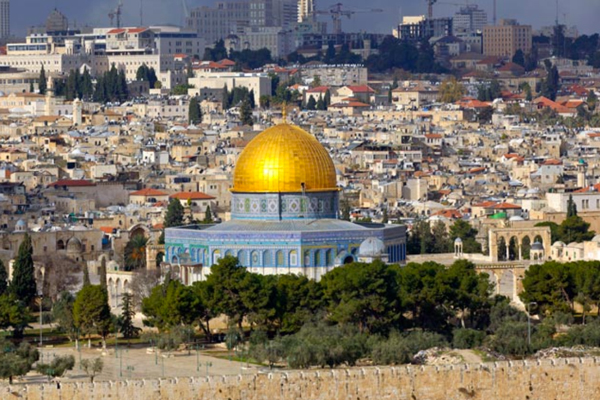 The Holy See follows with great attention the developments of the situation in the Middle East, with special reference to Jerusalem, a sacred city for Christians, Jews and Muslims from all over the world. In expressing his sorrow for the clashes in recent days that have produced victims, the Holy Father renews his appeal for the wisdom and prudence of everyone, and raises fervent prayers so that the leaders of nations, in this time of special gravity, commit themselves to avert a new spiral of violence, responding with words and deeds to the desires of peace, justice and security for the populations of that battered land.

Concerns about the prospectives for peace in the region are the object in these days of various initiatives, among them meetings called urgently by the Arab League and the Organization for Islamic Cooperation. The Holy See is attentive to these concerns, and recalling the heartfelt words of Pope Francis, reiterates its well-known position concerning the singular character of the Holy City and the essential need for respecting the status quo, in conformity with the deliberations of the international community and the repeated requests of the hierarchies of the Churches and Christian communities of the Holy Land. At the same time the Holy See reiterates its own conviction that only a negotiated solution between Israelis and Palestinians can bring a stable and lasting peace, and guarantee the peaceful co-existence of two states within internationally recognized borders.