Our website is being upgraded and may show errors while we work. Please check back in a few hours.
November 30, 2018 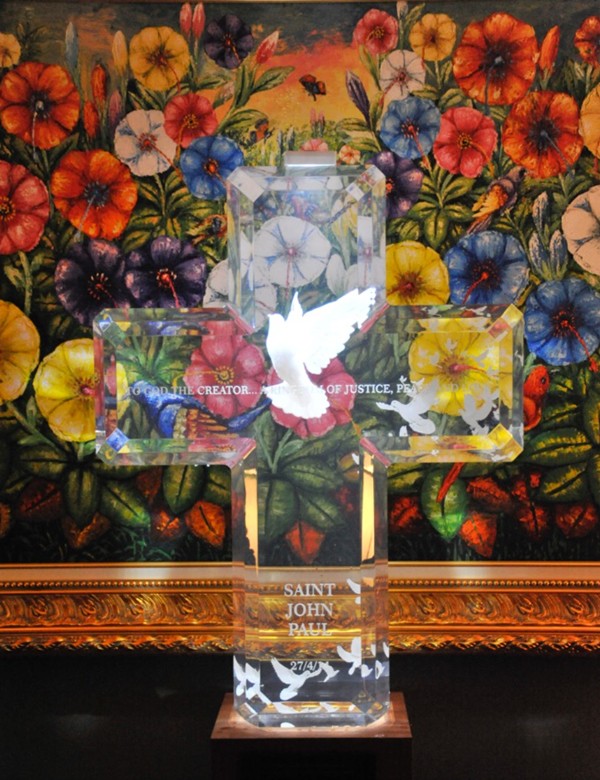 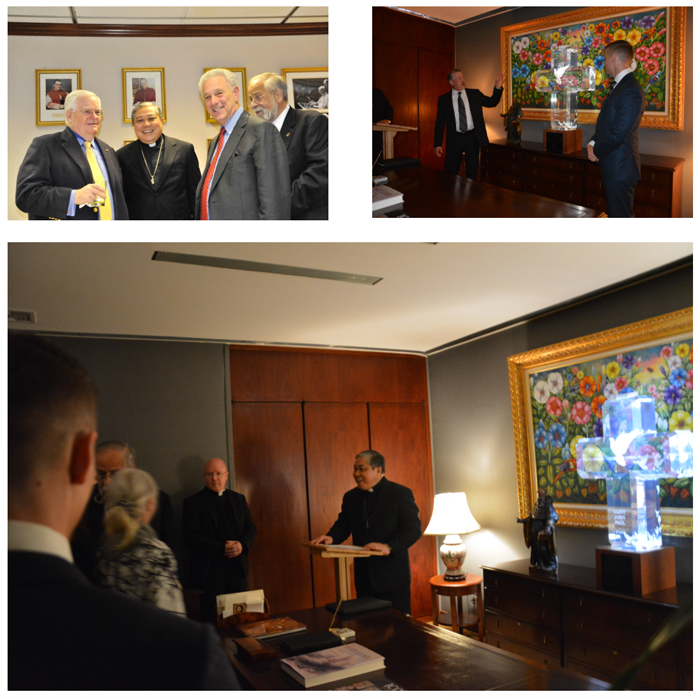 On November 29, the Permanent Observer Mission of the Holy See received a large Peace Cross from the Pave the Way Foundation.

Sir Gary Krupp, Founder and President of the Pave the Way Foundation, who is also among a small number of Jewish faithful to be honored with Papal knighthood of the Equestrian Order of St. Gregory the Great, said that the mission of the nonsectarian foundation is to identify and resolve obstacles between religions, a goal that they meet by building trust among faiths through cultural, education and technological gestures.

The Pave the Way Foundation chose to commemorate St. John Paul II on the cross for his work for peace among nations, and in gratitude labor for peaceful relations between Jews and Christians. The Foundation commissioned the Cross for the Holy See Mission to the UN as a gesture in support of peace and solidarity between religions.

Among the Foundation's valuable work is a vast deal of historical research on the role of Pope Pius XII during the Second World War, particularly in relation to the Holocaust.

Sir Krupp noted that the Dedication placard reads: “The Saint John Paul Peace Cross is given with the prayerful wishes that it inspires the legacy of respect for human dignity as embodied by Saint John Paul II, on all those who gaze upon it.”

The cross is placed in the office of Archbishop Auza, Permanent Observer of the Holy See to the UN, where he receives his many guests, including Ambassadors, national leaders, Senior U.N. Officials, religious leaders, and representatives from various organizations.

Before blessing the cross, Archbishop Auza said that he chose to place the cross in his office rather than in other parts of the Mission so that all his visitors can be “overwhelmed by its beauty” and inspired to work towards “a future filled not with the darkness of fear but with the radiant light symbolized by this dove.”

“The symbolism of the Dove within a Cross is very moving to me,” Auza continued. "The dove is the perennial symbol of peace from the time when the dove sent out by Noah returned with an olive branch, indicating the end of the great flood. The Talmud interpreted the dove as a symbol of the spirit of God, a symbolism that for Christians became even more significant when at Jesus’ baptism in the Jordan River the Spirit of God came down upon Jesus in the form of a dove. It’s a sign of hope for us that after an inundation of so much violence in the world, so much blood shed, God will send us a dove with an olive branch of peace, and, as we sing in the Psalm, that spirit will renew the face of the earth."

Archbishop Auza noted that during St. John Paul II’s second visit to the United Nations in 1995 — during which he also blessed the Holy See Mission’s then new offices in which the Cross now stands — he said that the principal duty of the United Nations is to assist nations to live “in a spirit of peace” with each other.

“I hope that this cross will spur us on to pave the way to the civilization of love built on peace and justice, freedom and solidarity that was John Paul II’s life work,” Archbishop Auza said. 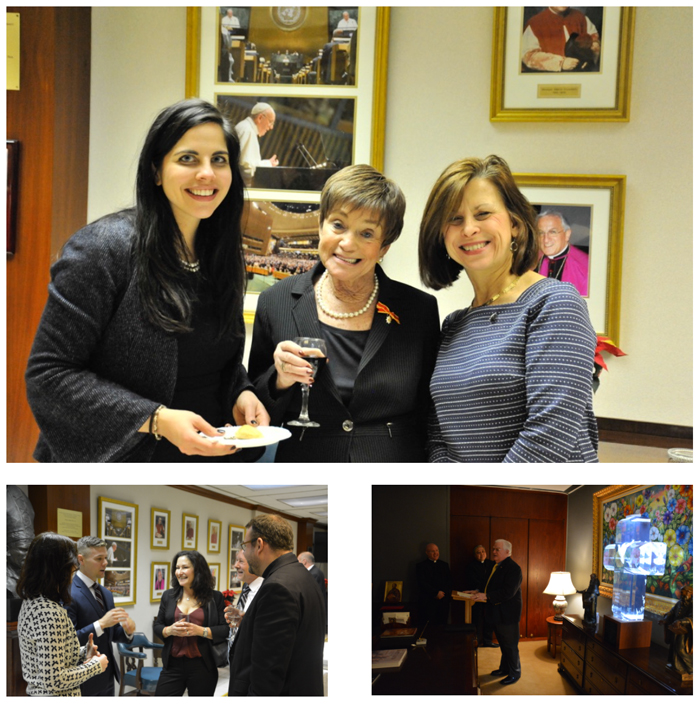