Our website is being upgraded and may show errors while we work. Please check back in a few hours.
September 13, 2019

On September 13, Archbishop Bernardito Auza, Permanent Observer of the Holy See to the UN, gave two interventions during the High-Level Forum on the Culture of Peace taking place at UN Headquarters.

The first intervention occurred during the main segment of the Forum dedicated to “The Culture of Peace: Empowering and Transforming Humanity.” Archbishop Auza said that we should not be passively carried along by culture but must play a part in transforming and elevating it to secure a peaceful future. He said that the education is the first means to promote a culture of peace and that’s why it’s essential that young people are permitted to receive an education. A second means is through authentic religious belief and teaching, which emphasize human fraternity, mutual understanding and harmonious co-existence, as mentioned by Pope Francis and the Grand Imam Ahmad Al-Tayyeb in their joint Document “Human Fraternity for World Peace and Living Together.”

The second invention took place during the roundtable discussion dedicated to “Mobilizing the capacity of faith actors for building just, peaceful and inclusive societies through strengthening intercultural and interfaith dialogue.” In his remarks, Archbishop Auza said that people of genuine faith are men and women of peace: they announce peace, build peace and form communities of peace. For that reason, he continued, people of faith must promote interreligious and intercultural dialogue and especially collaborate in condemning everything that robs the world of peace, especially violence and persecution; they have a special responsibility to show everyone how to converse about the most important and deepest matters of human existence and to work respectfully through what divides. For this reason, he said, to interreligious and intercultural dialogue are essential for just, peaceful and inclusive societies.

The statements can be found here:

Statement  "Be Peace: Pathways Toward a Culture of Peace" 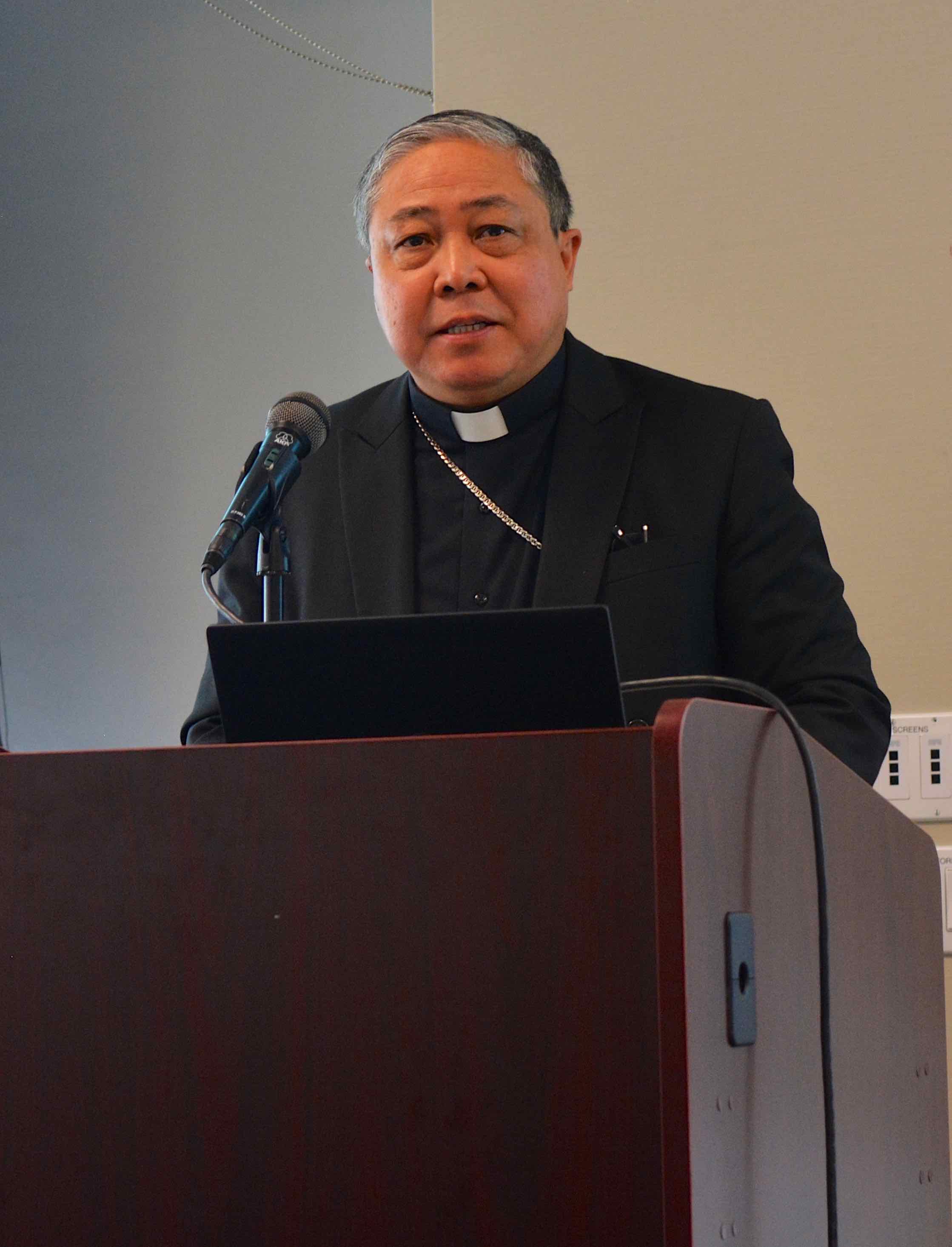 On September 11, Archbishop Bernardito Auza, Permanent Observer of the Holy See to the UN, gave keynote remarks during a side-event entitled “Be Peace: Pathways Toward a Culture of Peace,” sponsored by the Global Movement for the Culture of Peace and Pax Christi International.

In his remarks, Archbishop Auza noted the 18th anniversary of the terrorist attacks of September 11, 2001, which were a tragic demonstration of the lack of an adequate culture of peace and civilization of mutual respect. He recalled the prayers of Popes Benedict XVI and Francis at Ground Zero in 2008 and 2015, respectively, and said that to build a culture of peace, we must rebuild human hearts. The human heart, he said, must be educated toward peace. He mentioned Pope Francis’ remarks to the people of Mozambique a few days ago about the way of reconciliation as a necessary element in creating a peaceful culture.

The remarks can be found here: 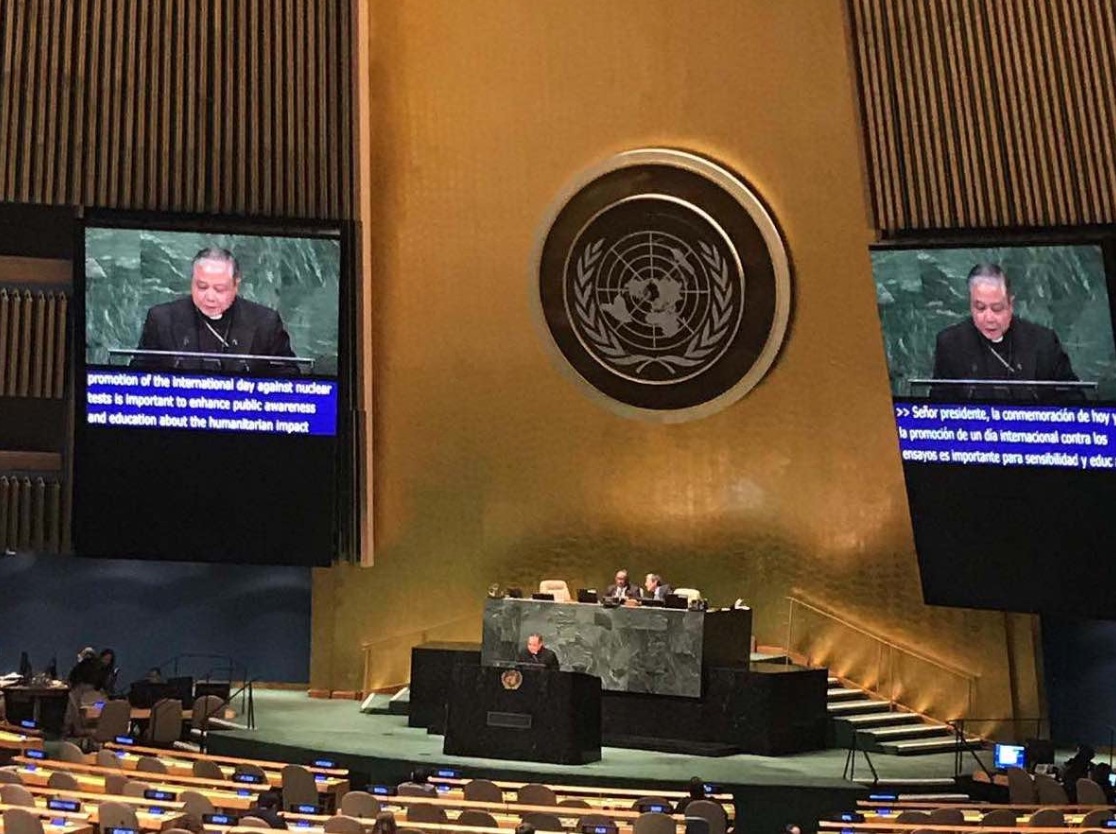 On September 9, Archbishop Bernardito Auza, Permanent Observer of the Holy See to the UN, gave an intervention during the General Assembly High-Level Plenary Meeting on the International Day Against Nuclear Tests.

In his statement, Archbishop Auza said today’s International Day enhances public awareness and education about the humanitarian impact of nuclear weapon test explosions and the need to proscribe nuclear tests to achieve a nuclear free world. From even before the first test of a nuclear weapon in 1945, the Holy See has expressed concern about the violent use of atomic energy, he said. He urged States whose ratifications are necessary for the Comprehensive Nuclear-Test Ban Treaty to ratify it. He also said that the Holy See looks forward to the day when the Treaty on the Prohibition of Nuclear Weapons enters into force. 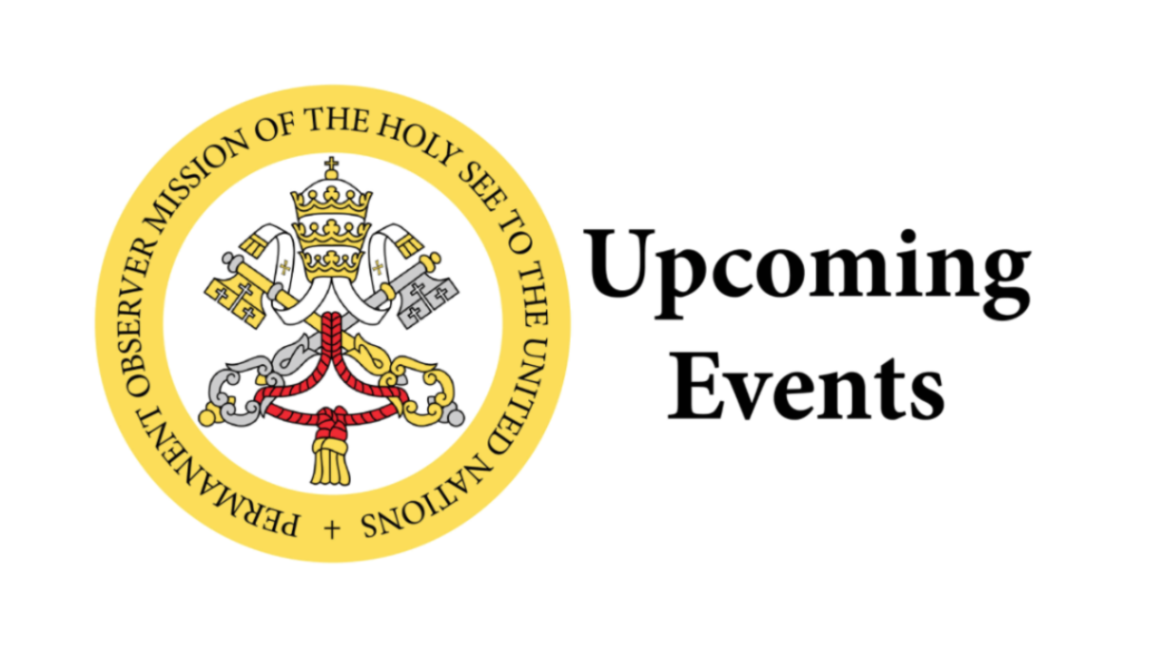 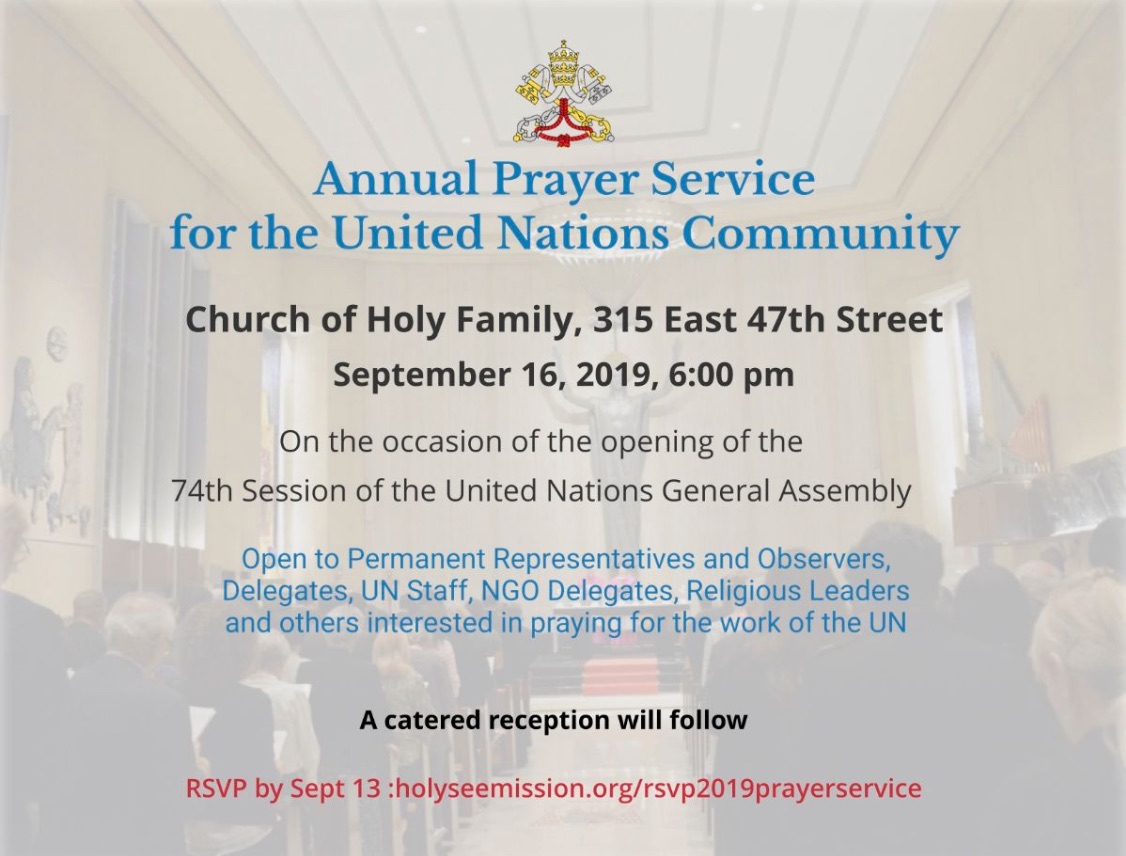