Our website is being upgraded and may show errors while we work. Please check back in a few hours.
November 15, 2019 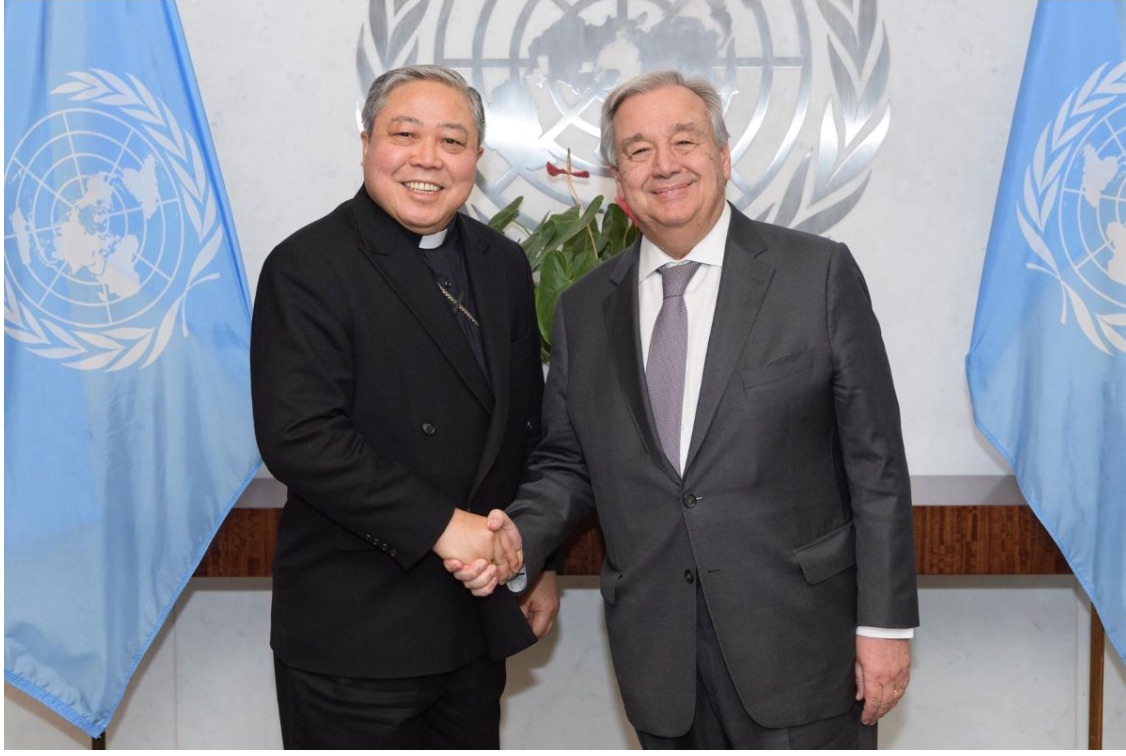 On November 14, Archbishop Bernardito Auza was received by U.N. Secretary-General António Guterres on his farewell visit. During the meeting, the Secretary-General congratulated the archbishop for his five and a half years as Permanent Observer of the Holy See and for the positive contribution the Holy See has made to the work of the United Nations during his tenure. 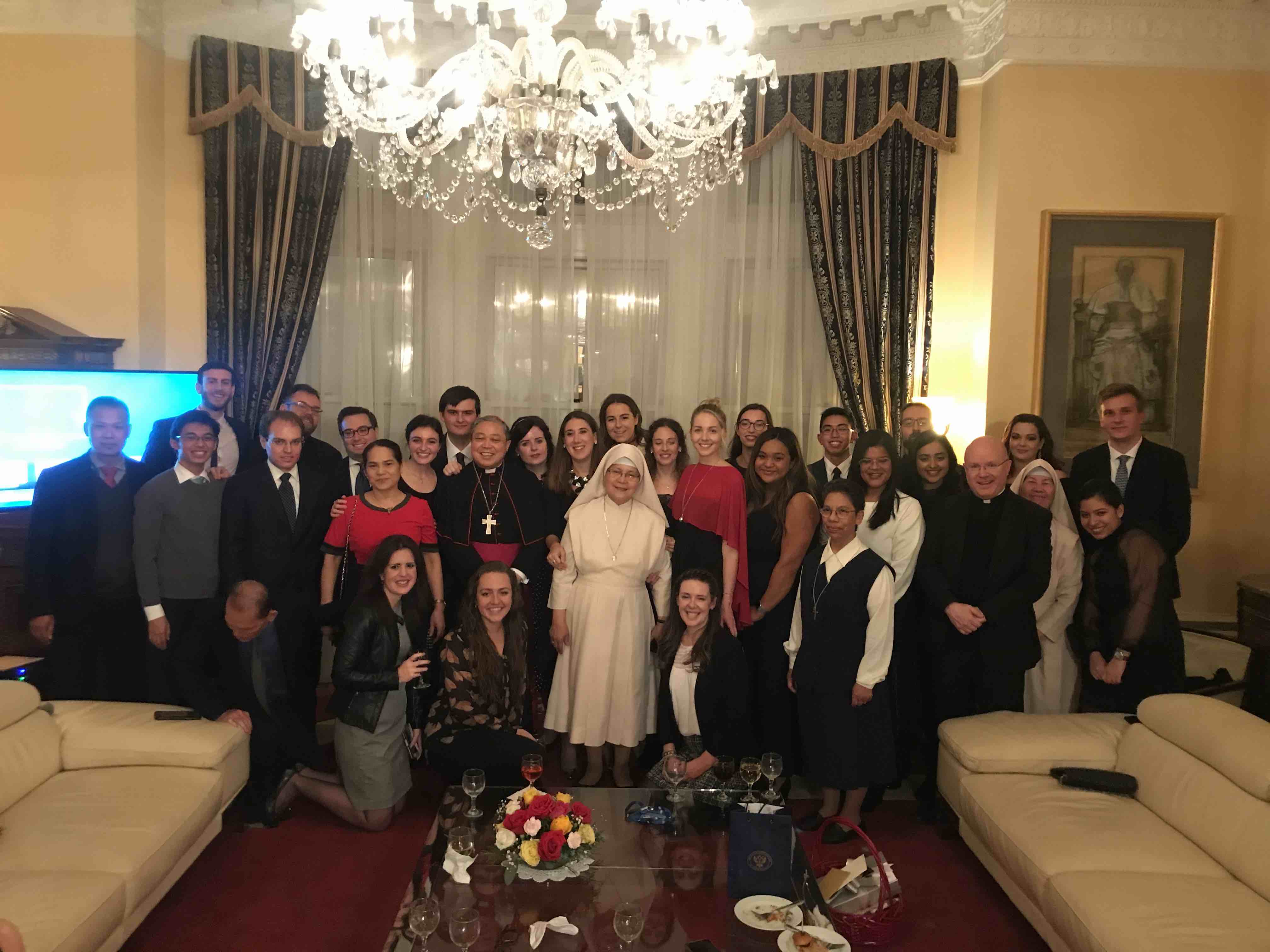 On November 14, Archbishop Auza hosted the staff, experts, interns and benefactors of the Holy See Mission to a Farewell Reception at the Residence of the Holy See. Here he is with present and former staff members and interns.

On November 14, Archbishop Bernardito Auza, Permanent Observer of the Holy See to the United Nations, gave a statement before the Fourth Committee of the 74th Session of the U.N. General Assembly on Agenda Item 52, dedicated to a comprehensive review of peacekeeping operations.

Archbishop Auza highlighted the important role that peacekeeping plays in maintaining international peace and security. Today's peacekeeping missions are multifaceted and multifunctional, he said, providing both troops and police officers to work at community level in a way that positively impacts host States and their populations. Auza acknowledged the role of the Declaration of Shared Commitments in providing a framework for conflict resolution and cited the message of Pope Francis, who earlier this year, emphasized the importance of politics in resolving disputes. As 2019 marks both the twentieth anniversary of the adoption of the UN Security Council Resolution 1265 on the protection of civilians in conflict and the seventieth anniversary of the four Geneva Conventions, the pillars of humanitarian law, he praised the important work of peacekeepers, while also highlighting that civilians continue to be targets of indiscriminate attacks and other violations. Auza welcomed the emphasis of the Declaration of Shared Commitments on the protection of children and women in peacekeeping operations, and on the protection of civilians and civilian infrastructure. The best strategy to protect civilians, he said, is to prevent the outbreak of armed conflict.

His statement can be found here: 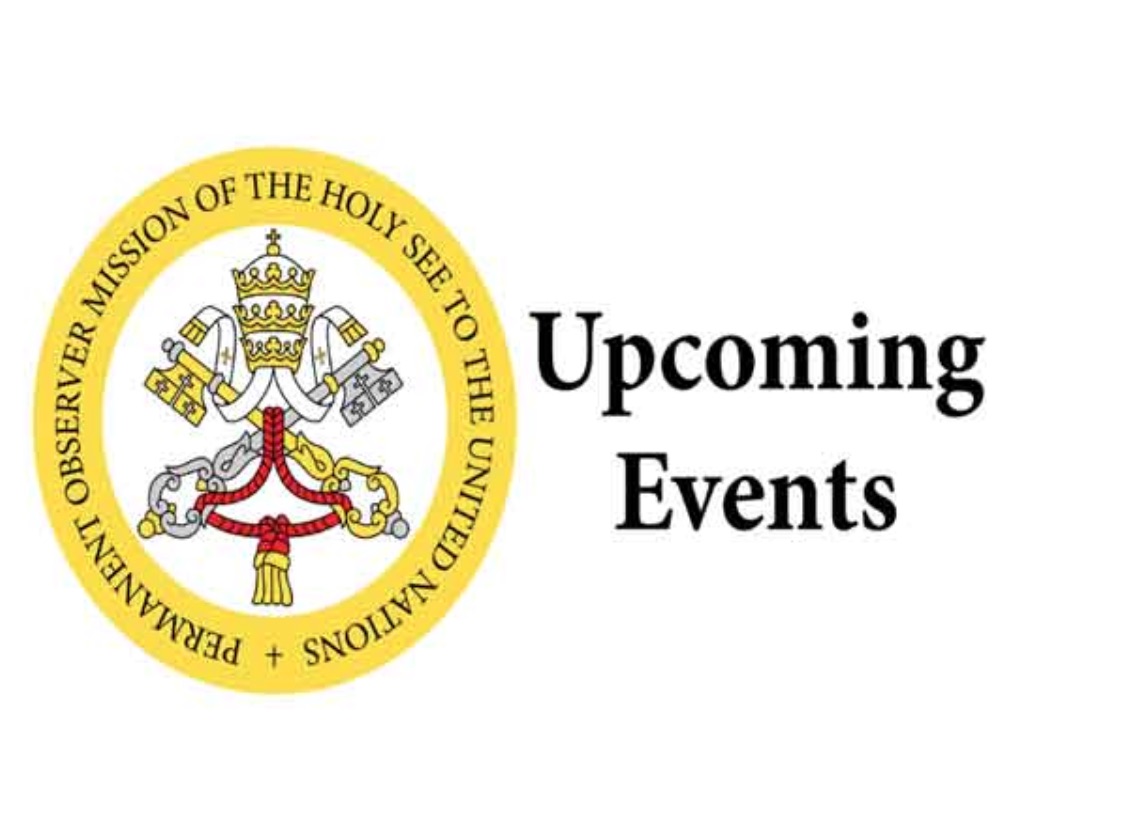 Listening to Survivors of Religious Persecution: The Call to Religious Freedom
November 20, 2019

On November 20, the Permanent Observer Mission of the Holy See to the United Nations, together with the pontifical foundation Aid to the Church in Need USA, are hosting an event at the UN entitled, “Listening to Survivors of Religious Persecution: The Call to Religious Freedom.”

It will feature, as Keynote Speakers, religious leaders from Sri Lanka, the Philippines and Pakistan whose faith communities have suffered deadly violence from extremist groups as they were practicing their faith. They will be joined by experts in the global situation of religious persecution as well as leaders from U.N. Member States whose countries are involved in efforts to protect religious believers, defend their houses of worship, and promote in general respect for religious freedom.

Copies of the 2017-2019 Report on Christians oppressed for the Faith, entitled Persecuted and Forgotten? A Snapshot of a Deepening Crisis, by Aid to the Church in Need, will be provided for attendees.

Those wishing to attend who do not have UN identification badges must inscribe by November 17. 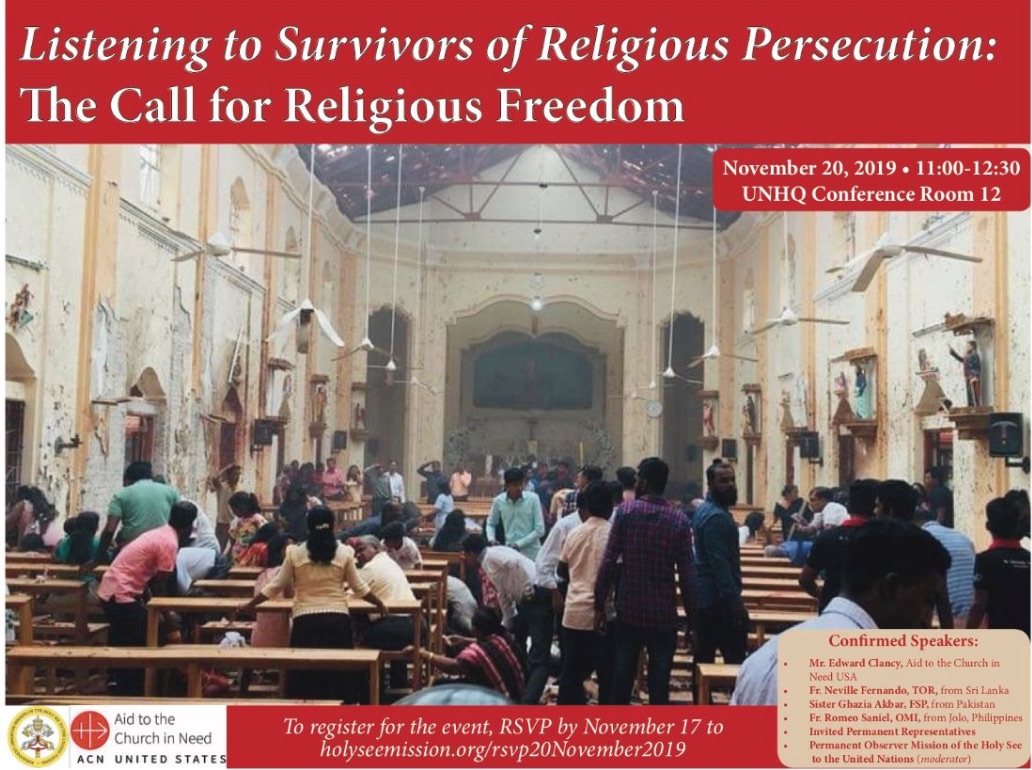 To attend this event please RSVP by the end of the day, November 17