Our website is being upgraded and may show errors while we work. Please check back in a few hours.
November 6, 2020 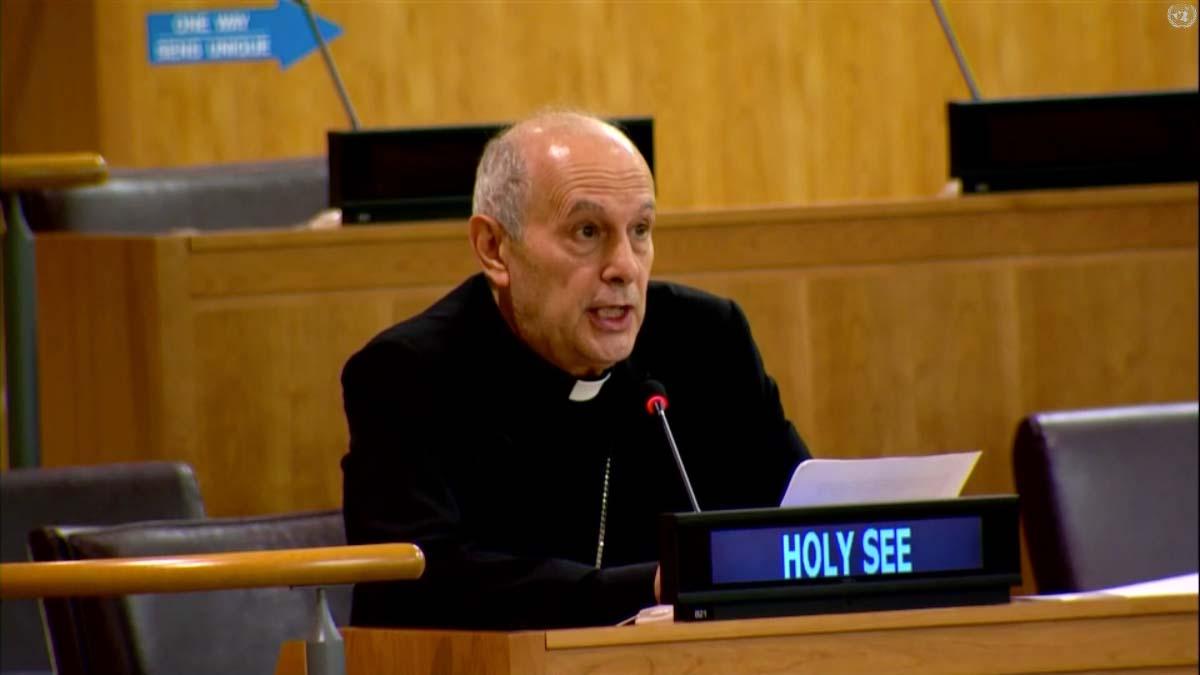 NEW YORK — On November 3, Archbishop Gabriele Caccia, Permanent Observer of the Holy See to the United Nations in New York, gave a statement before the Sixth Committee of the 75th Session of the United Nations General Assembly on Agenda Item 87 dedicated to "The Scope and Application of the Principle of Universal Jurisdiction."

In his statement, Archbishop Caccia recalled three foundations for the application of the principal of universal jurisdiction — the UN Charter, international law, and a rule-of-law based international order — to navigate the tension between ensuring those responsible for the most serious crimes are held accountable while at the same time delicately safeguarding States' sovereign equality and the principles of non-interference and immunity of State officials.

He said that clear rules for the exercise of this jurisdiction are needed, which would include limiting it to genocide, crimes against humanity and war crimes; harmonizing it with the right to due process and the presumption of innocence; allowing States the first opportunity to investigate and prosecute crimes of gravest concern; and not permitting immunity to cover such crimes except for the highest official in the State while in office.

With unified and resolute action according to these principles, future atrocities, he said, can be deterred and justice for victims achieved. 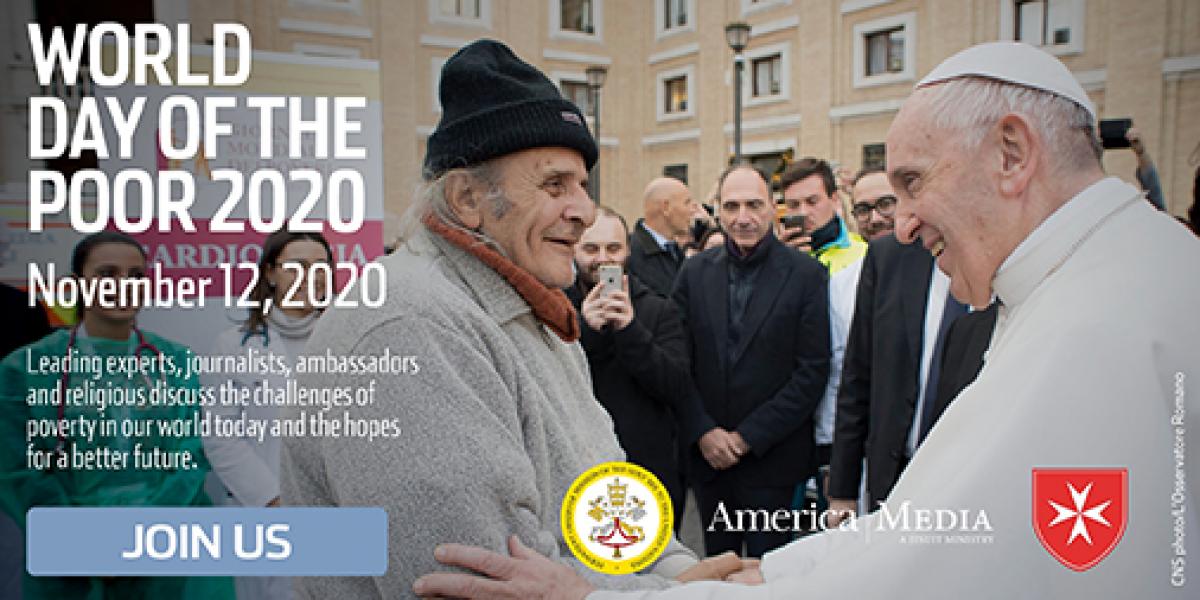 NEW YORK — On November 12, Archbishop Caccia, Permanent Observer of the Holy See to the United Nations, will participate in a virtual event in anticipation of the fourth annual World Day of the Poor, which will be marked on Sunday, November 15.

There will be also be a panel moderated by Fr. Matthew F. Malone, S.J., president & editor in chief of America Media, involving a conversation about Pope Francis' letter for the 2020 World Day of the Poor.  The panelists will be Nicholas D. Kristof of the The New York Times; Sister Donna Markham, OP, PhD, President and CEO of Catholic Charities USA; and  H.E. Maria-Francesca Spatolisano, the Assistant Secretary-General of the United Nations for Policy Coordination and Interagency Affairs.

Cardinal Joseph Tobin, Archbishop of Newark, will conclude the event with a benediction.

To register for the virtual event, which will take place at 12 noon on Nov. 12 and then be able to be watched on demand afterward, please click here.

NEW YORK — Through November 13, the Holy See Mission is accepting applications for a negotiator/expert position on the staff of the Mission.

The negotiator will work with the Permanent Observer and the diplomatic staff of the Holy See, attend meetings at the U.N. related to his or her portfolio of issues, write reports on those meetings, participate in negotiations on relevant resolutions and outcome documents, drafts and edit statements, and participate in the overall mission of the Holy See to the U.N.

Under the supervision of the Permanent Observer, the person will report to the diplomat in charge of covering the Second, Third and Sixth Committees of the General Assembly as well as the Economic and Social Council.

For more information on the position and to learn how to apply, please click here.

Seeking Help from Above 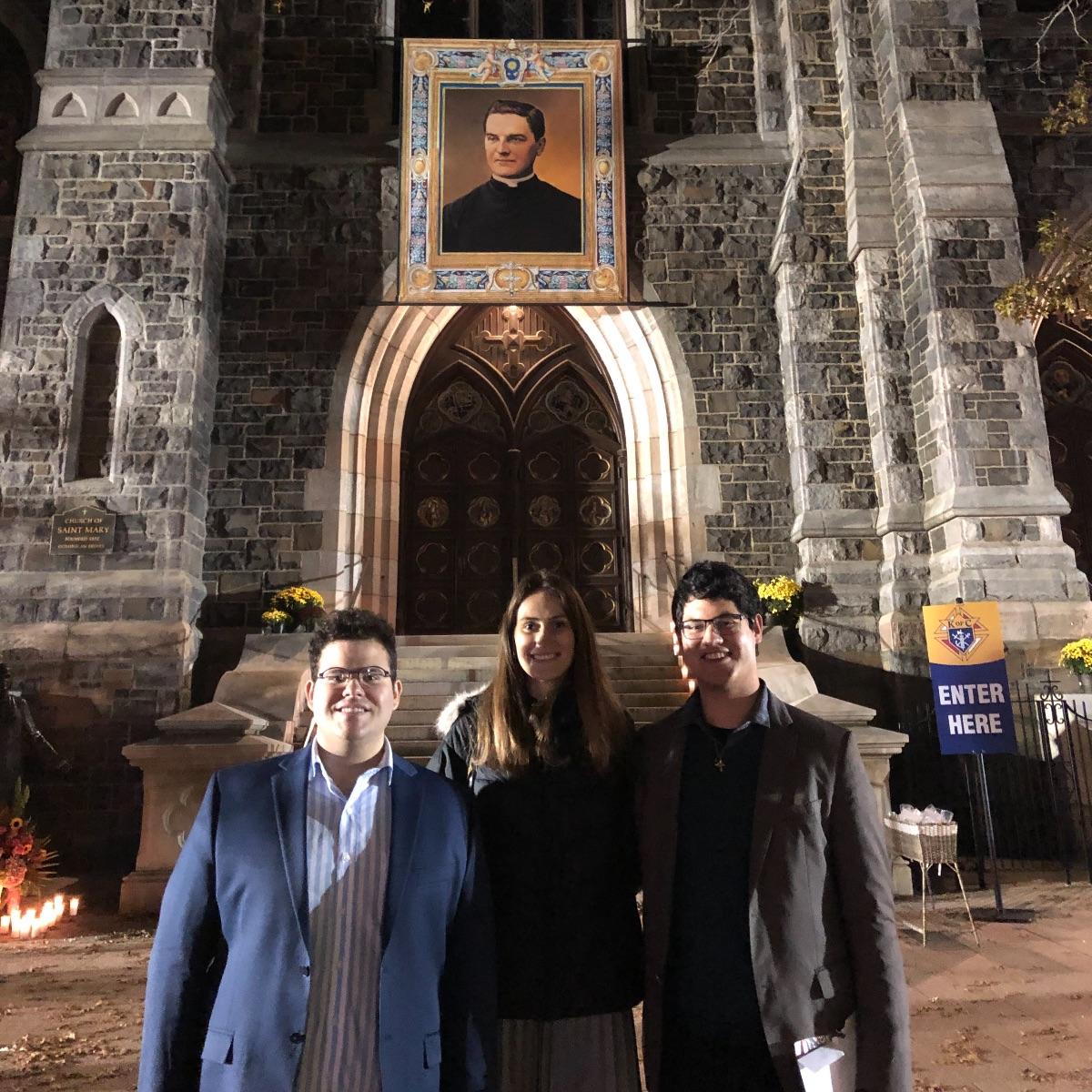 On October 31, three interns of the Holy See Mission — left to right: Pedro Perez, Jean Maloney and David Lewandowski — accompanied Fr. Roger Landry to St. Mary's Church in New Haven, Connecticut, to celebrate the beatification of Father Michael McGivney earlier that day. Father McGivney was beatified earlier that day in Hartford. St. Mary's in New Haven, where Blessed Michael served from 1877-1884 and where he is buried, hosted a vigil of prayer for young adults. Father Landry was asked to preach at the vigil. For those who would like to find out more about the Catholic Church's latest beatus, click here.