Our website is being upgraded and may show errors while we work. Please check back in a few hours.
February 19, 2020 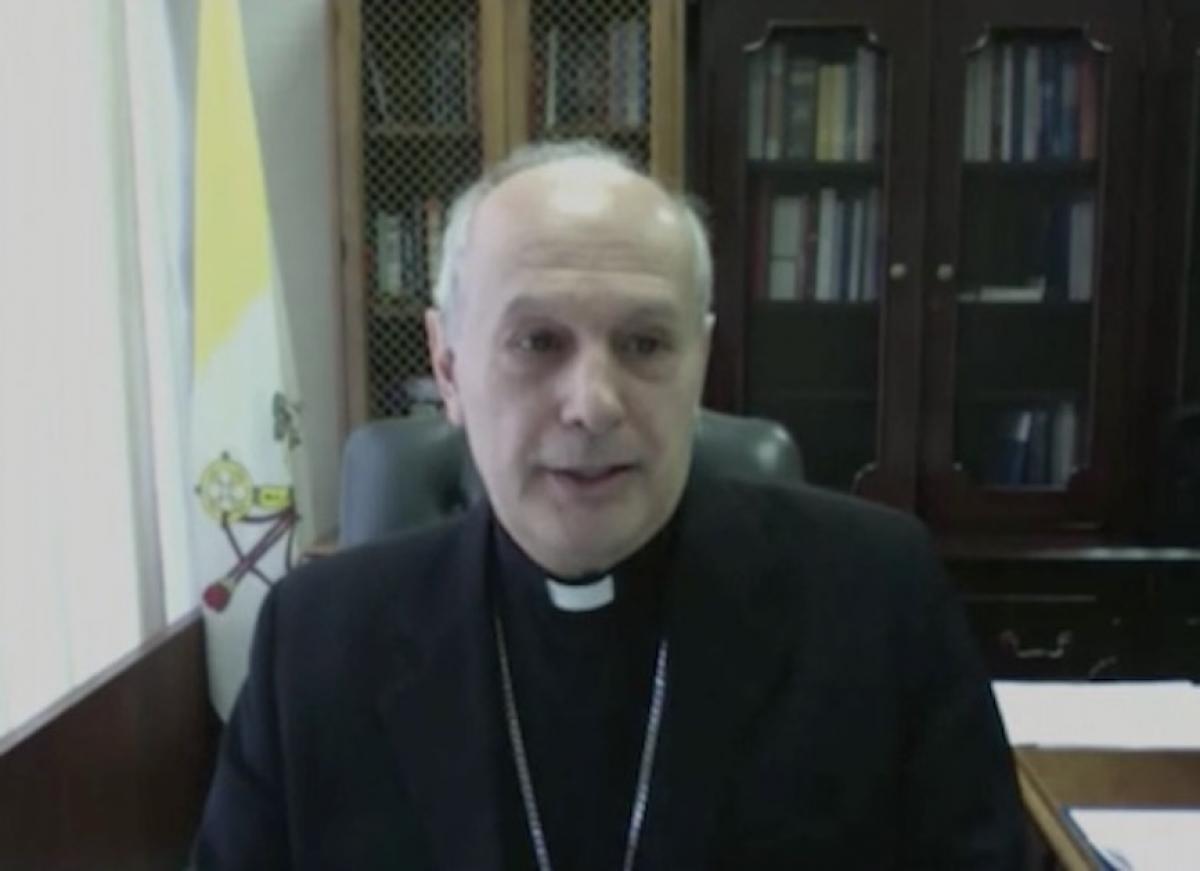 On February 16, Archbishop Gabriele Caccia, Permanent Observer of the Holy See to the United Nations in New York, spoke at the General Debate of the 59th Session of the Commission for Social Development which was dedicated to the theme "Socially just transition towards sustainable development: the role of digital technologies on social development and well-being of all." Archbishop Caccia spoke about the role of technology in four key areas: Covid-19, the family and education; poverty, development and work; migrants and refugees; and the dark side of our new digital world.

Archbishop Caccia noted how COVID-19 has highlighted our interconnectedness and brought to light to the disparity in educational and technological opportunities. He called for increased collaboration among policymakers and internet providers to address inequalities and overcome the obstacles in providing accessible internet access. Archbishop Caccia praised the ability of digital technologies to provide migrants and refugees with support and assistance, but noted the "dark side" of our new digital world, particularly the role it plays in propagating pornography and aiding human trafficking and terrorist recruitment.

Archbishop Caccia Addresses the
ECOSOC Special Meeting on
"Reimagining Equality: Eliminating racism, xenophobia and discrimination for all
in the decade of action for the SDGs" 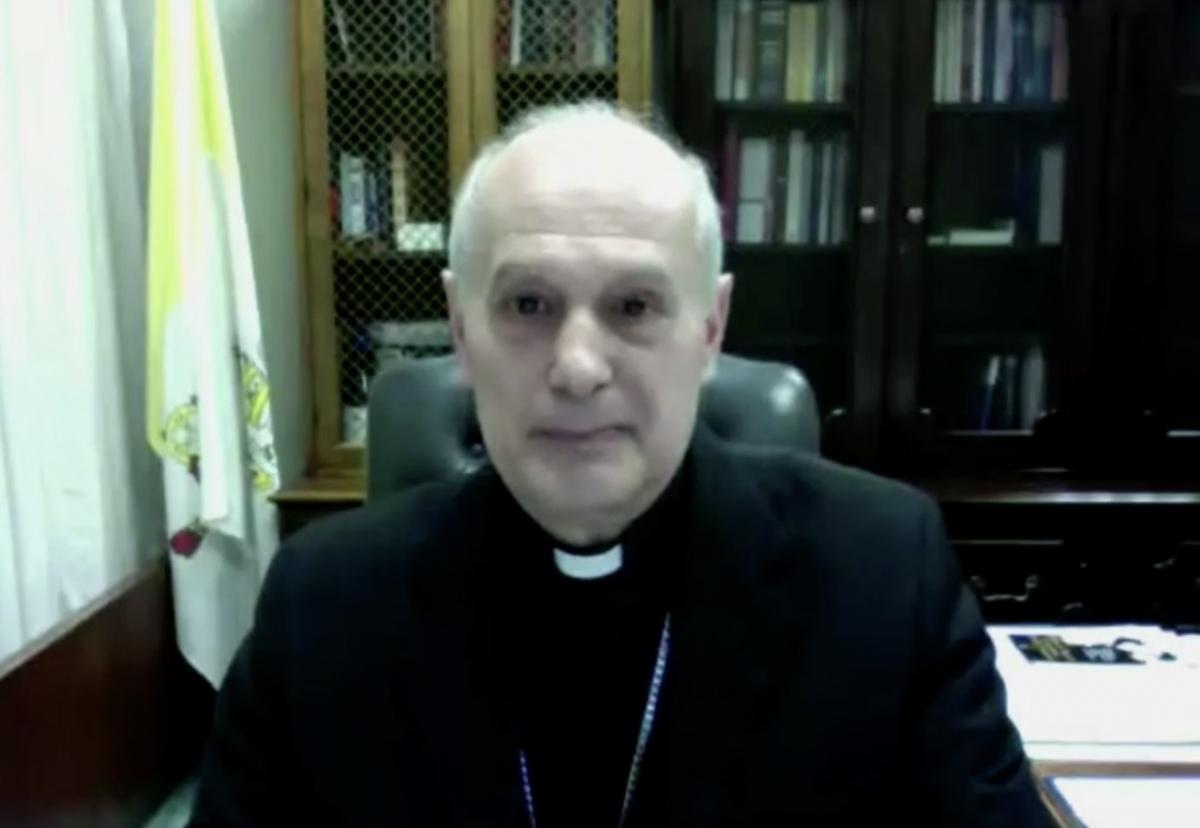 On February 18, Archbishop Gabriele Caccia, Permanent Observer of the Holy See to the United Nations in New York, spoke at the ECOSOC Special Meeting on "Reimagining Equality: Eliminating racism, xenophobia and discrimination for all in the decade of action for the SDGs,” held virtually.

Quoting the Universal Declaration of Human Rights as well as Pope Francis, Archbishop Caccia condemned the "disease of racism” as a “crisis in human relationships.” He called attention to the role racism can play in the situation of refugees and migrants and how xenophobia has led to disregard for the right to religious freedom. He called the international community to come together to combat racism, xenophobia and discrimination, sharing Pope Francis’ insight that the future will be one either of fraternity or destruction.

The Archbishop's full statement can be found here. 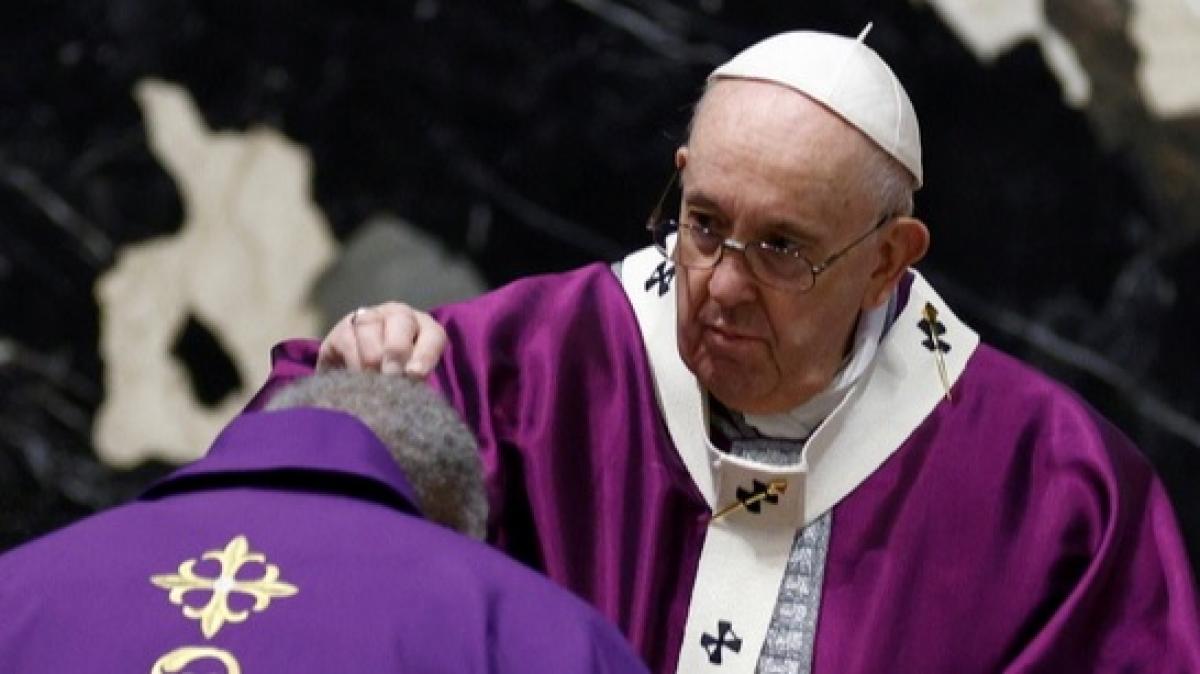 Pope Francis imposes ashes as a reminder of death and a call to repentance and faith during an Ash Wednesday Mass at St. Peter’s in the Vatican.

VATICAN CITY — In his 2021 Message for the season of Lent, which began to February 17, Pope Francis addressed the unique situation of the COVID-19 pandemic and, among other summons, challenged Christians to hope and social friendship.

"In these times of trouble,” he wrote, "when everything seems fragile and uncertain, it may appear challenging to speak of hope. Yet Lent is precisely the season of hope, when we turn back to God who patiently continues to care for his creation which we have often mistreated (cf. Laudato Si’, 32-33; 43-44). Saint Paul urges us to place our hope in reconciliation: 'Be reconciled to God' (2 Cor 5:20). … Having received forgiveness ourselves, we can offer it through our willingness to enter into attentive dialogue with others and to give comfort to those experiencing sorrow and pain. God’s forgiveness, offered also through our words and actions, enables us to experience an Easter of fraternity.”

The theme of forgiveness featured prominently in Pope Francis’ October 2020 encyclical Fratelli Tutti (“We Are All Brothers and Sisters”), in which he said it was essential for restoring a fraternal world.

Citing that encyclical, the Pope said that the Lenten season is one in which we should be "increasingly concerned with 'speaking words of comfort, strength, consolation and encouragement, and not words that demean, sadden, anger or show scorn' (Fratelli Tutti, 223). In order to give hope to others, it is sometimes enough simply to be kind, to be 'willing to set everything else aside in order to show interest, to give the gift of a smile, to speak a word of encouragement, to listen amid general indifference'" (ibid., 224).

Those hope-giving actions, he said, are all similarly acts of charity that can form a civilization of love. Charity, together with fasting and almsgiving, are the three traditional Lenten practices.

"Love rejoices in seeing others grow,” he wrote in his Lenten Message. "Hence it suffers when others are anguished, lonely, sick, homeless, despised or in need. Love … brings us out of ourselves and creates bonds of sharing and communion." Such “social love,” he continued, "makes it possible to advance towards a civilization of love, to which all of us can feel called. With its impulse to universality, love is capable of building a new world. No mere sentiment, it is the best means of discovering effective paths of development for everyone” (Fratelli Tutti, 183).

He continued by describing the meaning of love in an age in which people can sometimes associate it simply with feelings of benevolence.

“Love,” he wrote, "is a gift that gives meaning to our lives. It enables us to view those in need as members of our own family, as friends, brothers or sisters. A small amount, if given with love, never ends, but becomes a source of life and happiness."

"To experience Lent with love," he concluded, "means caring for those who suffer or feel abandoned and fearful because of the Covid-19 pandemic. In these days of deep uncertainty about the future, let us … speak words of reassurance and help others to realize that God loves them as sons and daughters.”

The Pope's Lenten Message can be found in its entirety here.