Our website is being upgraded and may show errors while we work. Please check back in a few hours.
February 26, 2021 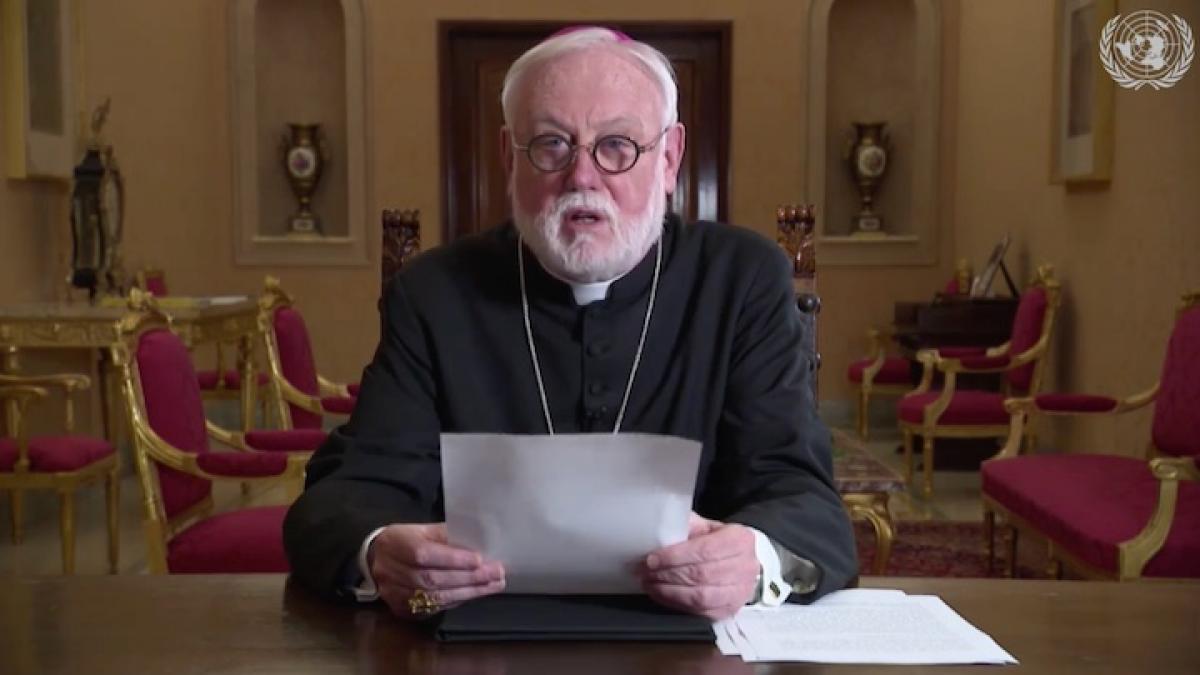 H.E. Archbishop Paul Richard Gallagher addressing the High-Level Segment of the 2021 Session of the Conference on Disarmament

On February 24, H.E. Archbishop Paul Richard Gallagher, Secretary for Relations with States of the Holy See, spoke at the High-Level Segment of the 2021 Session of the Conference on Disarmament, convened at the United Nations in Geneva.

Disarmament concerns more than just nuclear weapons, Archbishop Gallagher said. The importance of disarmament "applies just as strongly to the increased military competition in outer space, as well as in the fields of cyberspace and artificial intelligence.” He expressed hope that States would show collective commitment to observing strict limits in this regard.

He also mentioned the "havoc" imposed on the civilian population as a result of the illicit traffic of small arms, light weapons and explosive weapons, noting that these weapons not only facilitate mass destruction but mass displacement, too.

Quoting from Pope Paul VI's 1966 letter to then U.N. Secretary-General U Thant, Archbishop Gallagher reminded the conference of the "contrast between the enormous sums invested in the production of ammunitions and the immense, ever increasing material distress of more than half of mankind." He regretted that excessive military expenditure "prevents potential resources from addressing poverty, inequality, injustice, education and health."

A "world free of nuclear weapons is both possible and necessary," Archbishop Gallagher emphasized.

He made two practical recommendations to help advance the efforts of disarmament and arms control.

First, he encouraged the "Conference on Disarmament to engage in an expert study on the issue of verification, which could inform possible future negotiations on disarmament and arms control," noting the "opportunities offered by new technologies to enhance reliable verification."

Second, he suggested that the resumption of a "formal discussion on limitations of arrangements and on general and complete disarmament, under effective systems of control and verification, would be extremely beneficial" to the Conference's work.

Archbishop Gallagher concluded by calling upon the Conference to approach disarmament with a "renewed conviction of urgency."

"Tomorrow may be too late," he said. 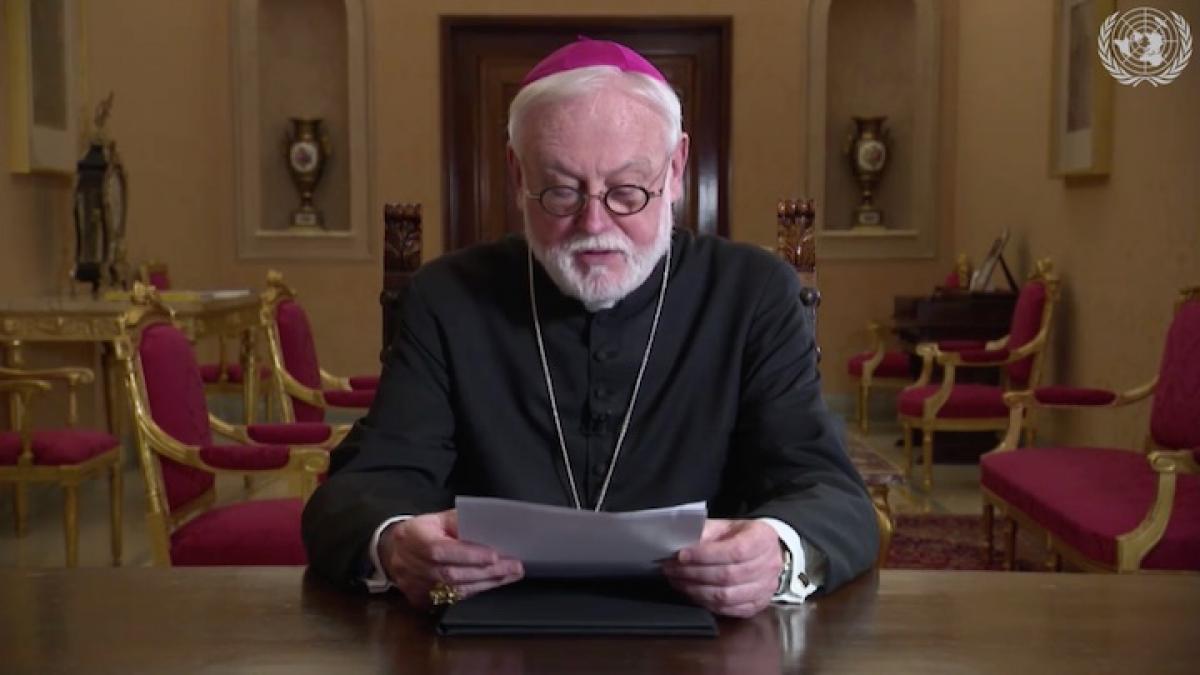 On February 23, H.E. Archbishop Paul Richard Gallagher, Secretary for Relations with States of the Holy See, addressed the High-Level Segment of the 46th Session of the Human Rights Council, convened at the United Nations in Geneva.

Archbishop Gallagher reminded the Council that human dignity is the foundation of human rights and serves as the criterion for fully implementing human rights in an authentic manner.

Archbishop Gallagher noted that the United Nations' promotion and protection of human rights stems from recognizing that "the inherent dignity of all members of the human family, and of their equal and inalienable rights, constitutes the foundation of freedom, justice, and peace" (Universal Declaration of Human Rights, Preamble).

As such, he said, "human rights may be considered as a moral imperative only insofar as they truly promote the underlying foundation from which they derive."

He highlighted the threat posed to the authentic promotion of human rights when human rights are separated from the "preexisting and universal values" that serve as their foundation.

In this regard, Archbishop Gallagher warned against so-called "new rights" that have been created and diverge from their objective foundation in promoting and protecting human dignity.

He criticized the Human Rights Committee's General Comment Number 36 Article 6, published in October 2018, on the right to life, which, he said, twists the meaning of the right to life to imply the right to assisted suicide and the right to end the lives of unborn children. Since life "before being a right, is first and foremost a value, a good to be cherished and protected," such created new rights end up “undermining the values that they were intended to uphold.”

Noting that the right to freedom of thought, conscience and religion is the "most fundamental right," Archbishop Gallagher expressed concern that the "global response to the Covid-19 pandemic reveals that this robust understanding of religious freedom is being eroded." He lamented that many Covid-19 restrictions apply stricter limitations to places of worship than for other activities, dismissing the religious dimension of the human person as non-essential.

A recording of the Archbishop's statement can be found here. To read Archbishop Gallagher's full remarks, please click here. 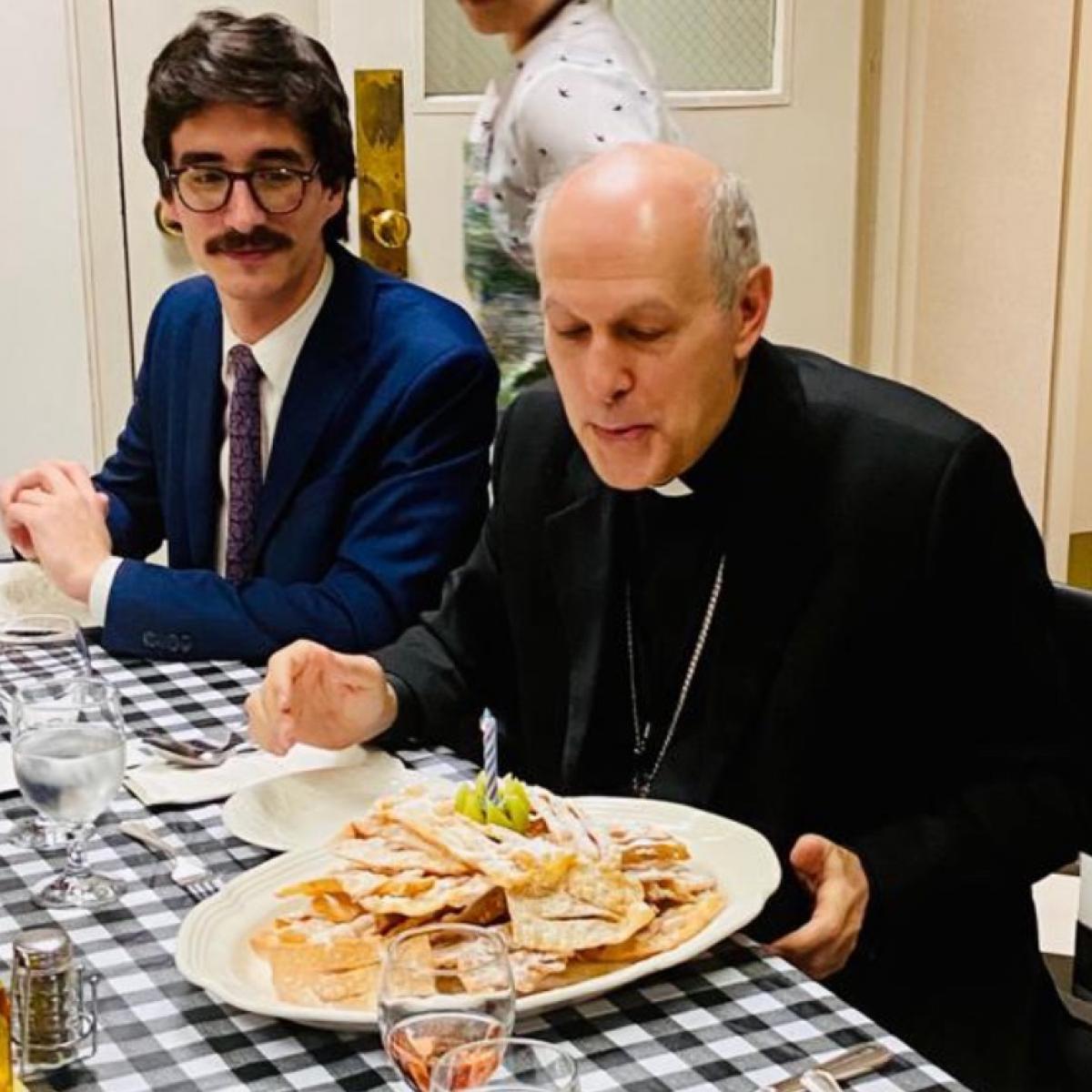 BIRTHDAY CELEBRATIONS – Archbishop Gabriele Caccia and Fr. Roger Landry celebrated their birthdays at the mission earlier this week. Because of Lent, both opted for fruit instead of a cake but this didn't stop fellow staff from lighting a candle and singing Happy Birthday.