Our website is being upgraded and may show errors while we work. Please check back in a few hours.
April 16, 2021

A Vaccine for All 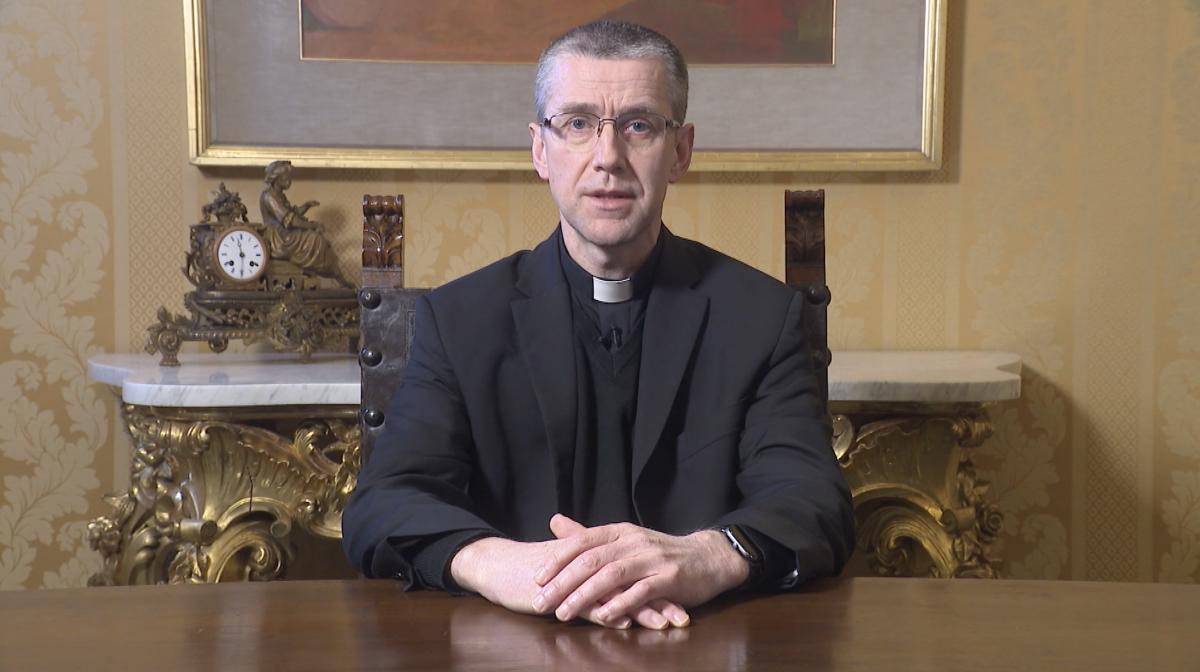 On April 16, Msgr. Mirosław Wachowski, Under-Secretary for Relations with States of the Holy See, delivered the statement of the Holy See before the ECOSOC Special Ministerial Meeting on the topic "A Vaccine for All." The remarks were delivered virtually.

Noting the need for fraternal solidarity, Msgr. Wachowski said more must be done to ensure universal access to the COVID-19 vaccine. He described the long delays in vaccinating the poorest countries as an injustice, and said it was "alarming" that 75% of all vaccines have been distributed in 10 countries, while 130 countries have no vaccines at all. He welcomed efforts that enabled the production of vaccines across continents and described pledges from governments and pharmaceutical companies to help the most in need as "hopeful signs." Finally, Msgr. Wachowski suggested that debt forgiveness could help aid developing countries recover from the increased economic burdens posed by the pandemic. 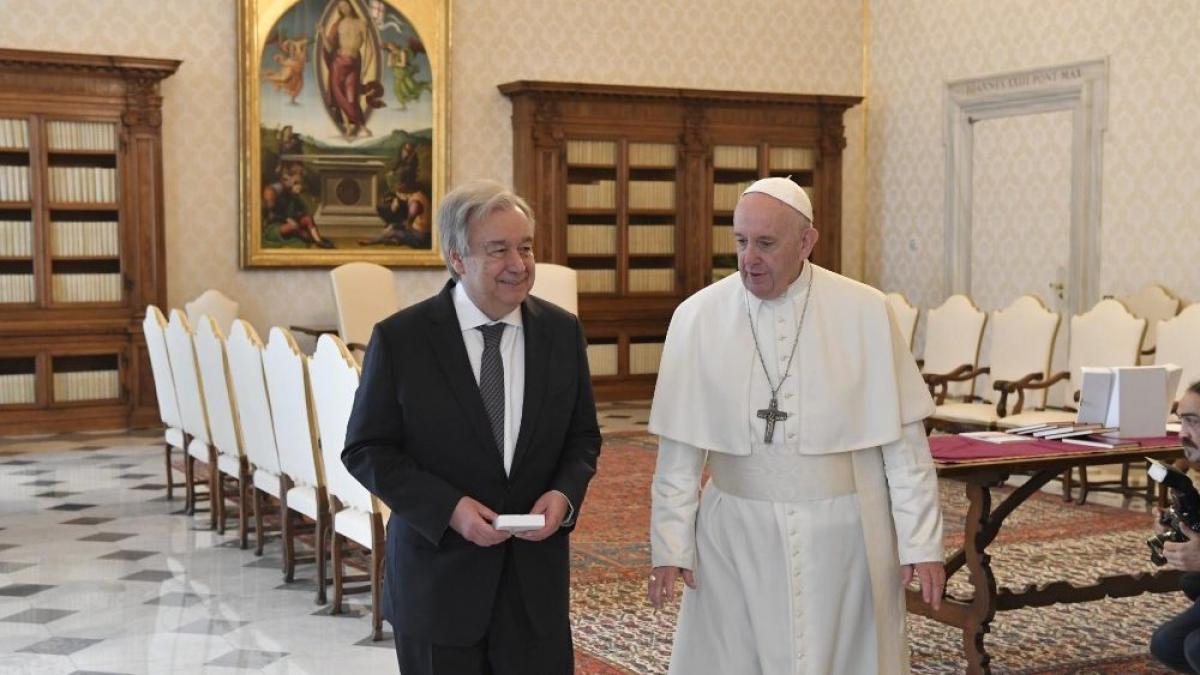 The annual Path to Peace Gala will be held at the Pierre Hotel in Manhattan on November 16th, 2021.

Originally scheduled for May 20 2020, the Path to Peace Foundation and Gala Dinner Committee decided to postpone in response to the ongoing crisis of the pandemic.

More information about the Gala will follow in the upcoming weeks.

Pope Francis in Iraq:
Planting A Seed of Hope 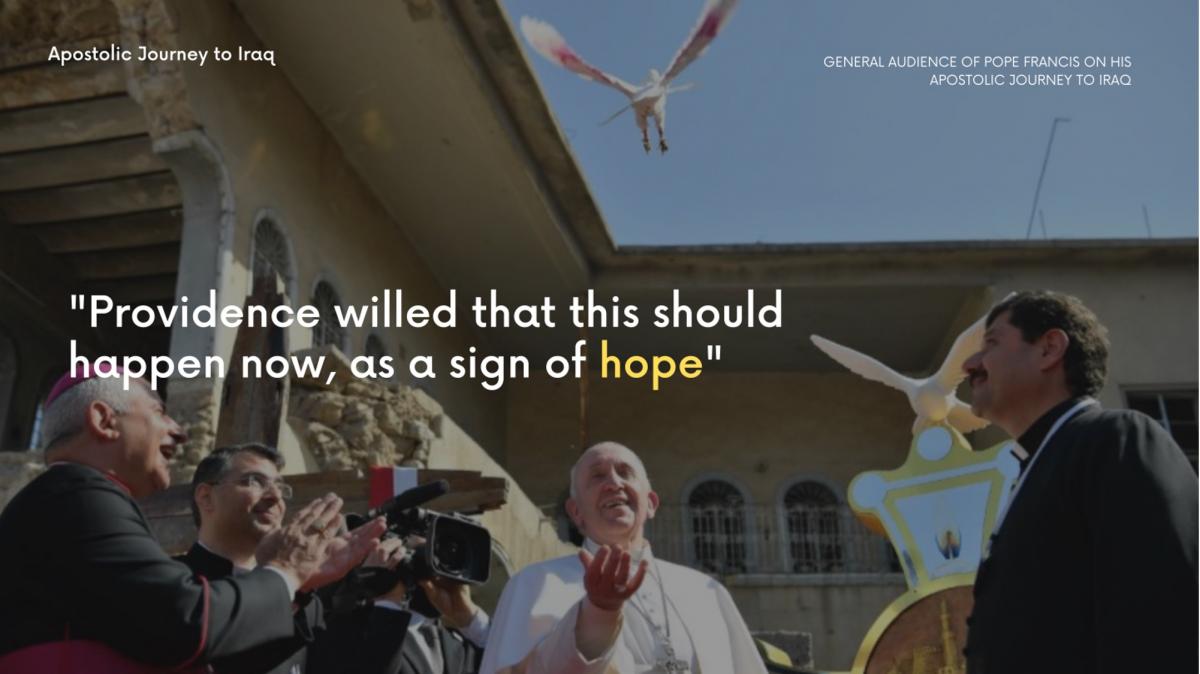 The event focused on the message of hope proclaimed by Pope Francis during his historic visit and the importance of fostering a culture of dialogue.

Drawing on the General Audience given by Pope Francis  upon his return from that "cradle of civilization," Archbishop Caccia spoke about the role fraternity plays in rebuilding a culture of peace and the importance of personal encounter in creating a way forward as brothers and sisters joined in one family by Abraham.

You can read more about Pope Francis' Apostolic Journey to Iraq here.

Life As A Diplomat 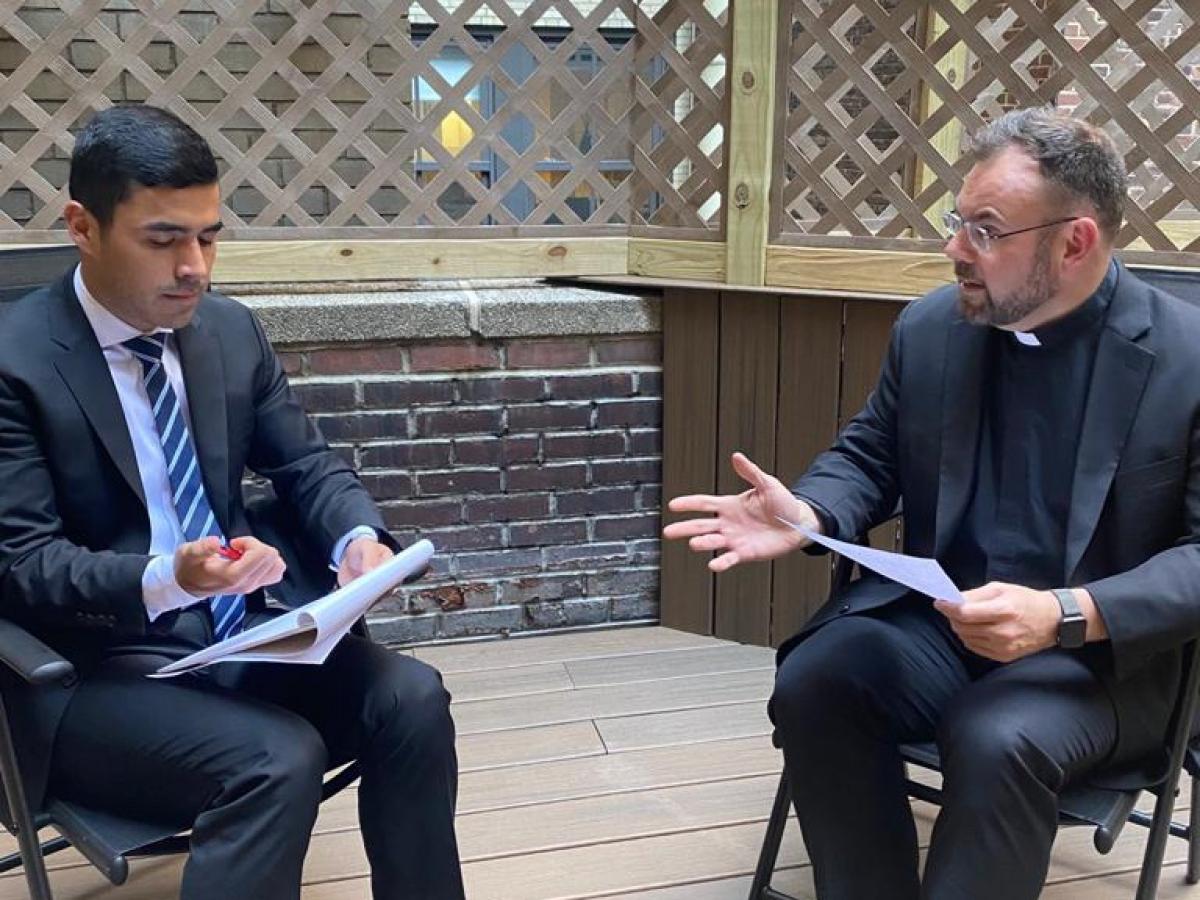 CAREER CHAT: Andrés Polanco Achury, a current intern at the Holy See Mission, interviewed Msgr. David Charters about his life as a diplomat. Among other topics, Msgr. David spoke about his formation and training, previous postings, and his responsibilities in his current role. Andrés is a student at Seton Hall University, with an interest in diplomacy, and interviewed Msgr. David as part of his Masters in Diplomacy and International Relations program. 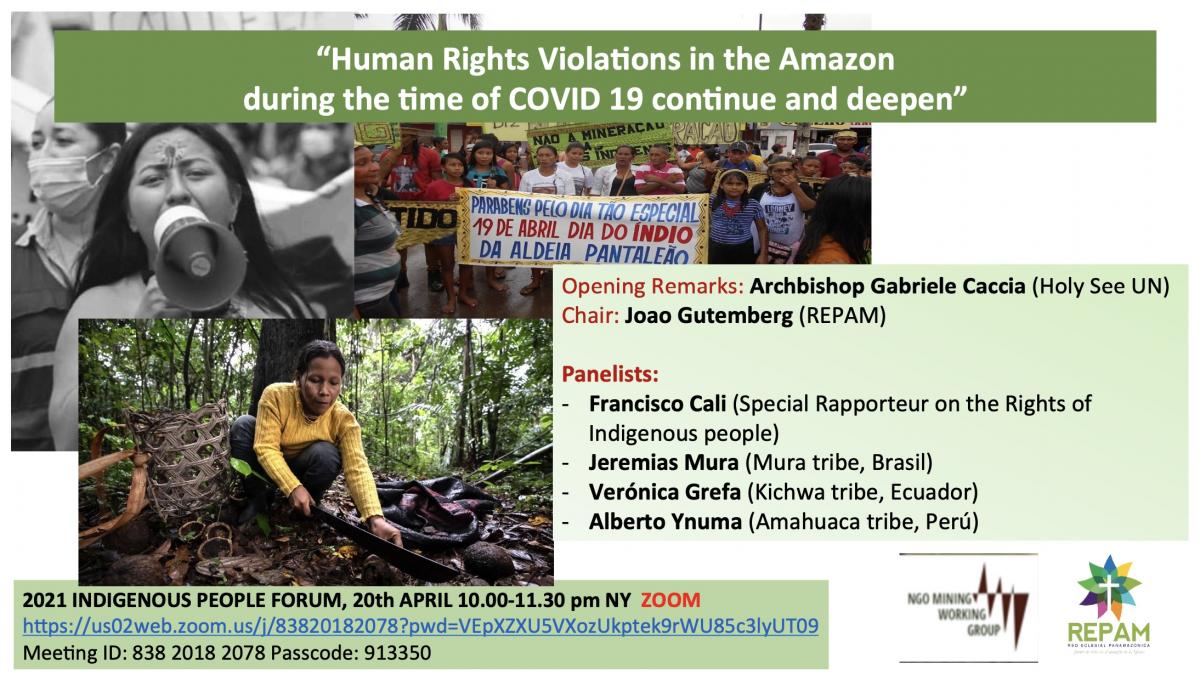 On April 20, Archbishop Caccia will deliver opening remarks at a side event organized by the Pan-Amazonian Network of Episcopal Conferences (REPAM) and the NGO Mining Working Group on the topic of human rights violations in the Amazon during the COVID-19 pandemic. All are invited to attend the virtual event by clicking here.