Our website is being upgraded and may show errors while we work. Please check back in a few hours.
July 9, 2021 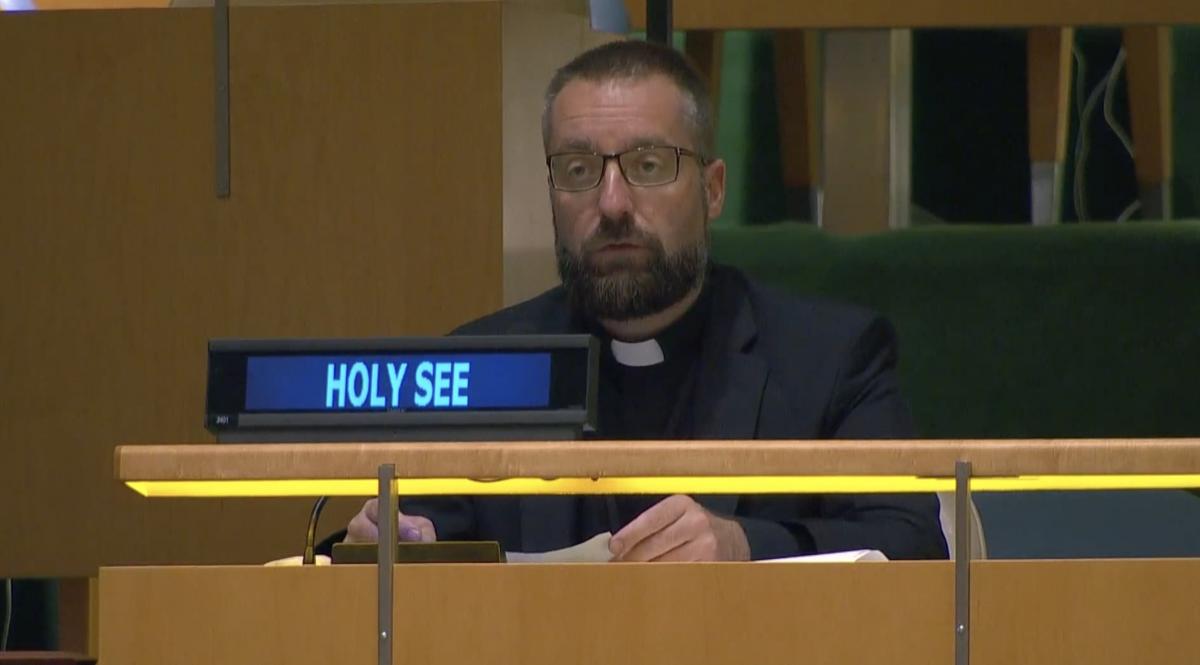 On July 8, Monsignor Fredrik Hansen, Chargé d'Affaires ad interim of the Permanent Observer Mission of the Holy See to the United Nations, gave an intervention during the General Debate of the High-level Meeting on HIV/AIDS being held at UN Headquarters. The July 8 session was a continuation of the High-Level Meeting, which started June 8-10 and then was postponed until July 8.

In his statement, he welcomed the progress achieved in reducing AIDS-related mortality, improved access to anti-retroviral treatment, and decreased HIV infection rates in many places, but also noted that in other places HIV infections are increasing and that 38 million are living with HIV, 12 million are not receiving treatment, and 7 million are unaware that they have HIV. The global HIV epidemic will not end, he said, without addressing the root causes for its spread, particular risk-taking behaviors among young people.

He called attention to the need for better HIV prevention and care for children with HIV and mentioned last year's high-level dialogues hosted by the Holy See's Dicastery for Promoting Integral Human Development focusing, among other things, on gaps in pediatric HIV prevention and treatment. Catholic institutions, he said, provide 25 percent of AIDS care worldwide.

His remarks can be found in full here. 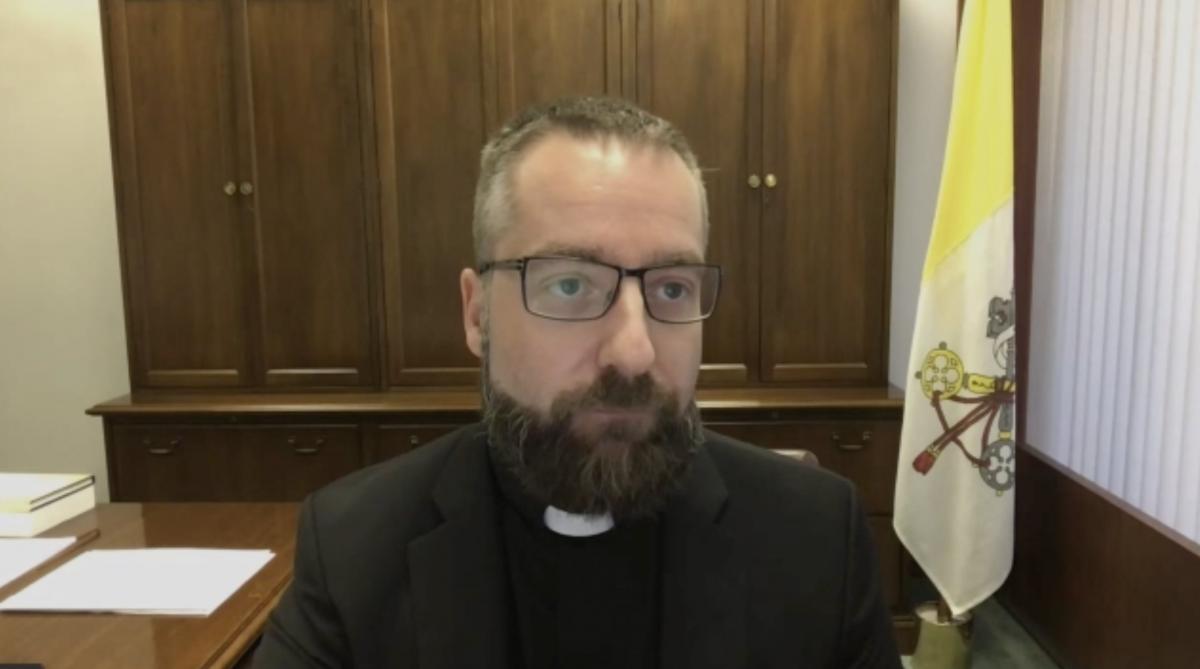 On July 7, Monsignor Fredrik Hansen, Chargé d’Affaires ad interim of the Permanent Observer Mission of the Holy See to the UN, addressed the 2021 High-Level Political Forum on Sustainable Development on the topic of "SDGs in focus: how do we get on track to end poverty and hunger, and transform towards inclusive and sustainable economies."

Monsignor Hansen began by welcoming the efforts of this year's High-Level Political Forum to focus on ending poverty and hunger, especially given the impact of COVID-19, which, he said, has reversed many gains toward meeting the 2030 Agenda for Sustainable Development. He urged that poverty eradication strategies be strengthened and integrated in post-pandemic recovery measures and encompass the new forms of poverty, like “pharmaceutical poverty” and increased food insecurity, that have been revealed or caused by the pandemic.

He highlighted the Holy See's and the Catholic Church's role in providing assistance to the poor and alleviating hunger for those in need and said the international community "must come together and renew its commitment to multilateralism" in order to meet the needs of the poor and respect the inherent dignity of every person.

His remarks can be found in full here. 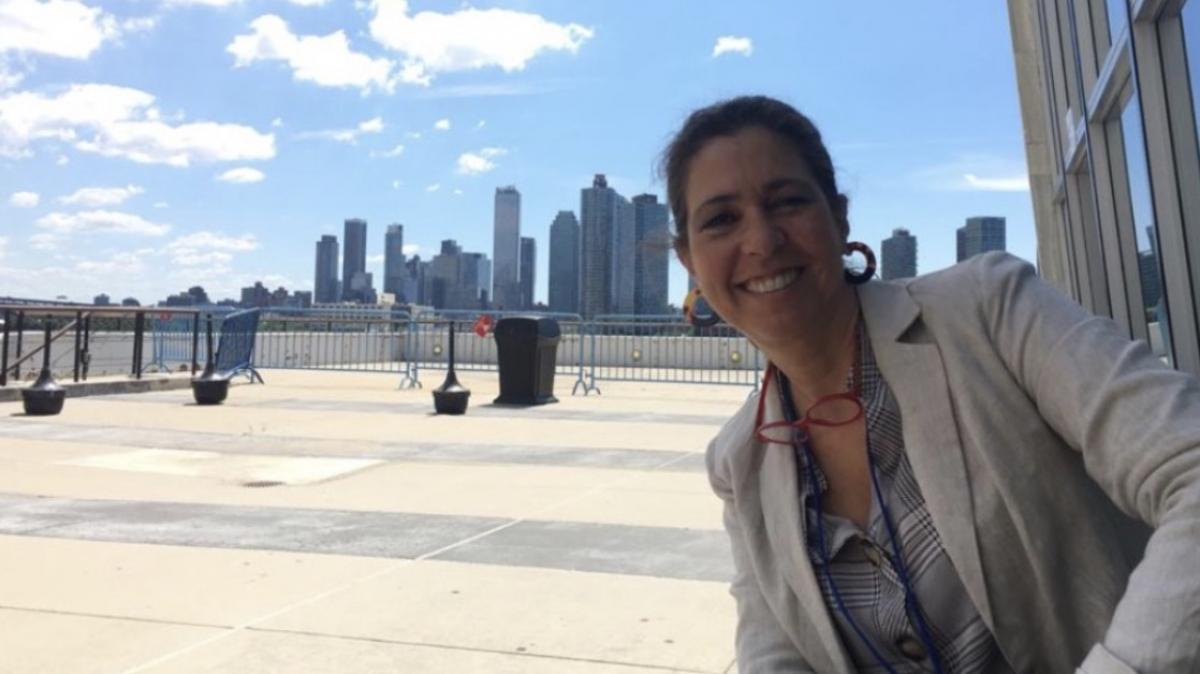 Born in Portugal, her career has spanned many countries. She started out working in her home country for a TV company and later gained an MBA before working as a financial director at a law firm.

Then "unexpectedly," she recounted, "I received a phone call asking me if I would like to go to East Timor to open a maternity hospital. It was an enormous surprise and it corresponded fully to my aspirations." She left feeling "very convinced that humanitarian work was made for me."

After the 2010 earthquake in Haiti, she returned to development work, serving as a head of mission for an NGO helping in the aftermath of the earthquake.

Following this, she worked in Mozambique and Kenya in refugee camps, before returning to Portugal.

She applied for the Office Manager role as she was "looking for another international experience" and wanted to "give my availability to the Lord. And what better place could there be to serve?"

After her first two weeks, she said, "I haven't stopped since I got here – learning so many things every day!" She said that she has "found a wonderful team" and hopes to "be of help and bring joy to the office."

Since 1993, she has been a consecrated member of Memores Domini, a branch of the Communion and Liberation movement founded in 1969 by Monsignor Luigi Giussani. Memories Domini is a lay association of those in the Communion and Liberation movement who pursue a vocation of total dedication to God while living in the world. Promising the evangelical counsels of poverty, chastity and obedience, they seek to live their professional occupations mindful and reminding others of the presence of Jesus. She lives in community with other Memores Domini consecrated women in Bronxville.

She has enjoyed the transition to New York. "I love New York and I feel at home," she says, but noted, "The big challenge will be when the winter comes..."

Save the Date –
Sept. 13 Prayer Service
for the United Nations 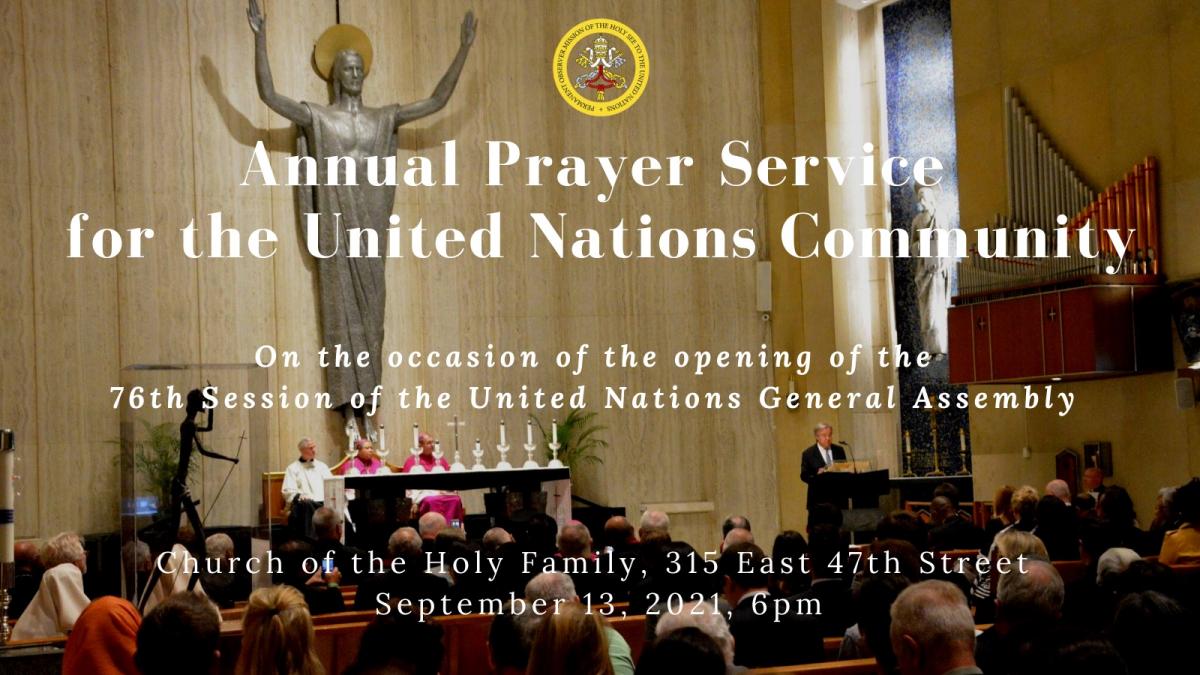 Each year since 1986, on the eve of the opening of the General Assembly of the United Nations, the Permanent Observer Mission of the Holy See has sponsored a prayer service for the United Nations diplomatic community and personnel, together with religious and ecumenical leaders in the New York area.

Archbishop Bashar Mattia Warda, Archbishop of Erbil, Iraq, will deliver the meditation. He was instrumental in the March 2021 visit of Pope Francis to Iraq and will share poignant and relevant lessons from that visit as well as from the Iraqi peace rebuilding process.

Invitations will be sent to senior UN personnel, Permanent Representatives and Observers, NGO delegates, and religious and ecumenical leaders in the greater New York area. 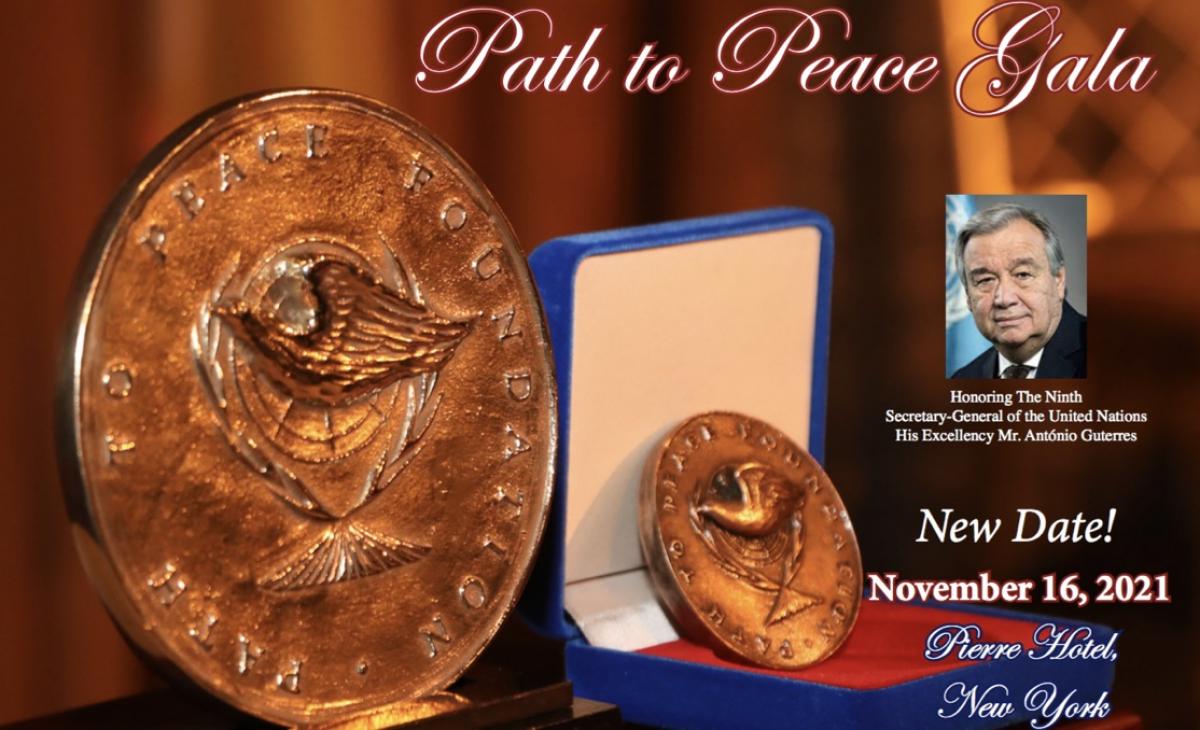 New York, NY — UN Secretary General Antonio Guterres will be awarded the prestigious Path to Peace Award by Archbishop Gabriele Caccia, Permanent Observer of the Holy See to the United Nations and President of the Path to Peace Foundation at the Foundations’s annual gala on November 16, 2021 at the Pierre Hotel in Manhattan.

To REGISTER or for more information go to holyseemission.org/rsvp/PathtoPeaceGala2021

Exploring the Beautiful
Churches of Manhattan 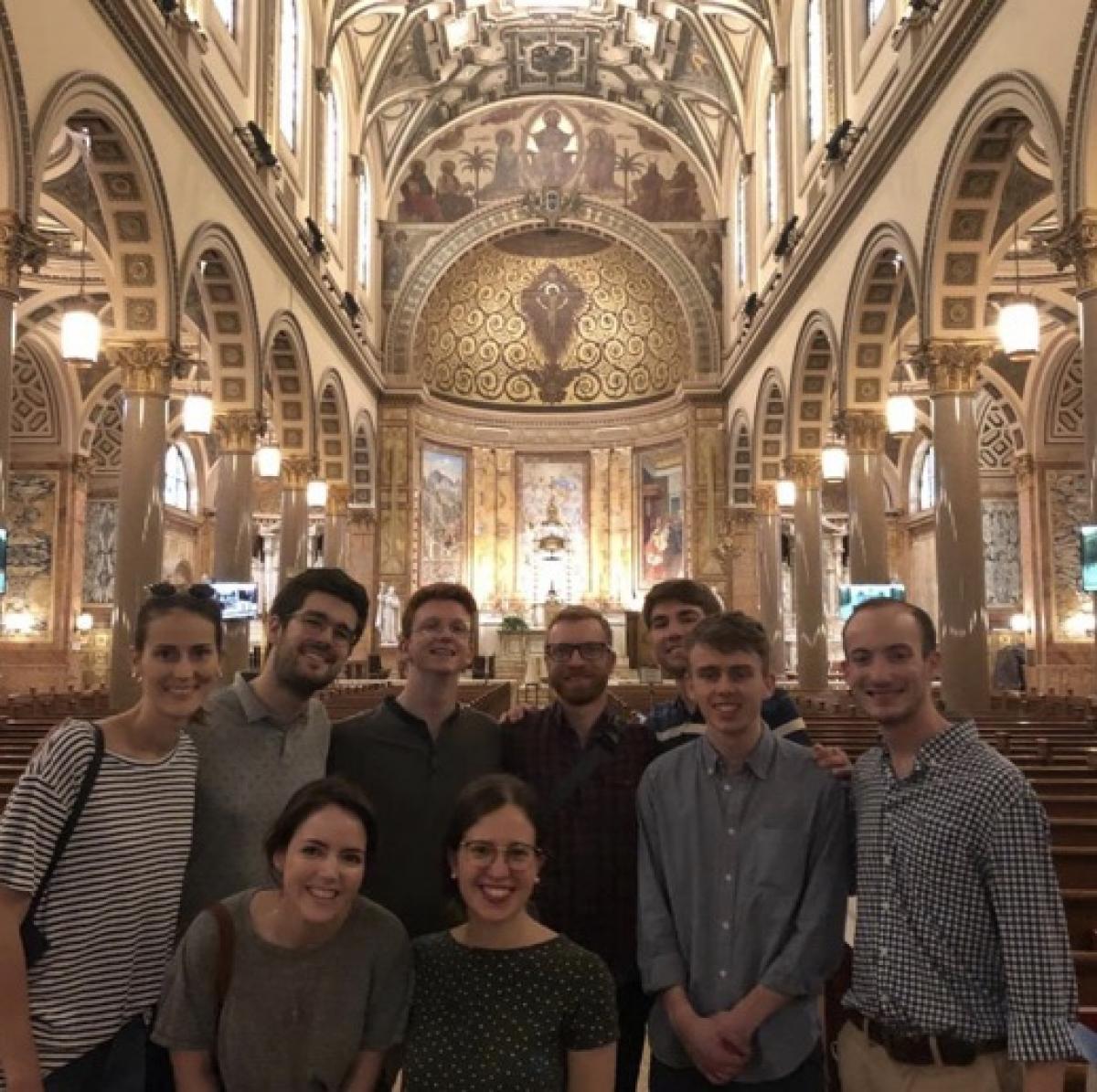 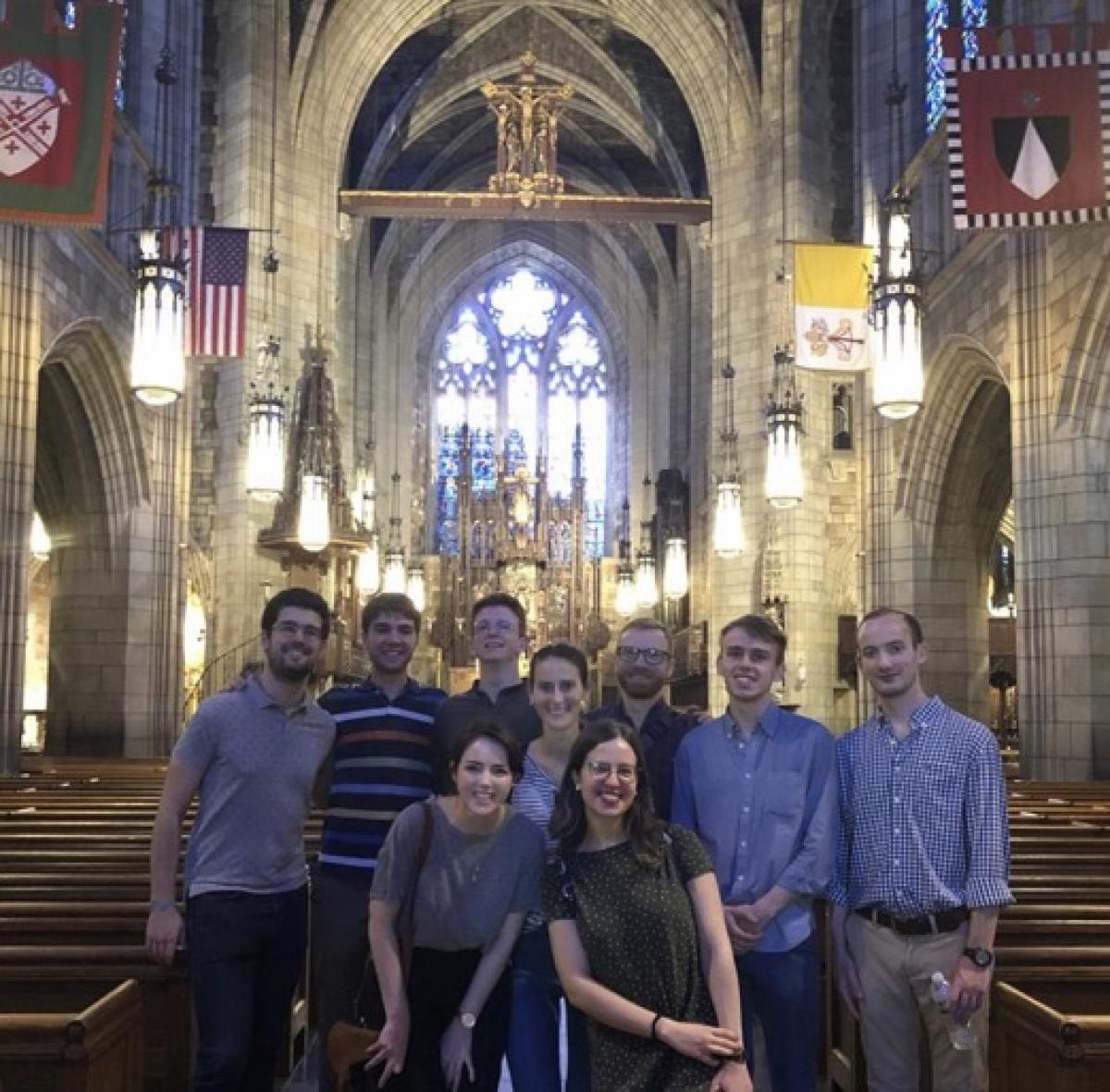