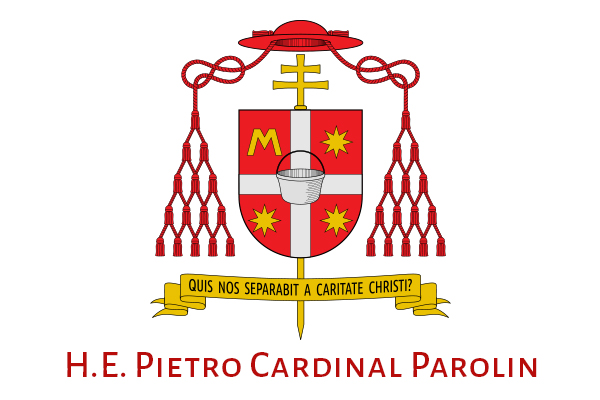 Intervention at the High-Level Leaders’ Roundtable: Political Leadership to Prevent and End Conflicts (Core Responsibility 1 of the Agenda for Humanity)
By His Eminence Cardinal ParolinSecretary of State of His Holiness Pope Francis

Intervention of His Eminence Pietro Cardinal Parolin, Secretary of State

High-Level Leaders’ Roundtable: Political Leadership to Prevent and End Conflicts (Core Responsibility 1 of the Agenda for Humanity)
Istanbul, 23 May 2016

In our troubled world rippling with dormant and sweeping conflicts, nothing is more important than preventing and ending hostilities. Wisdom recognizes that “An ounce of prevention is worth a pound of cure.” Survivors of the death and destruction, massive displacements and destitution that these conflicts cause cry out for urgent action.

The Holy See is firmly convinced of the fundamentally inhumane nature of war and of the urgent necessity to prevent and to end armed conflicts and violence among peoples and States, in a way that is respectful of the common ethical principles that bind all members of the human family and constitute the bedrock for all human or humanitarian actions.

In response, and inspired by the UN Charter, we unite on behalf of all humanity to spare our brothers and sisters and future generations from the scourges of war and armed conflict. We must no longer primarily rely on military solutions; but rather invest in development, which is essential to durable peace and security. Indeed, building durable peace and security means pursuing integral human development as well as addressing the root causes of conflict.

Having long embraced this vision, the Holy See reaffirms the following commitments:

The Holy See is committed to working relentlessly alongside governments, civil society and all people of goodwill to promote disarmament and conflict prevention and to sustain long-term efforts to build lasting peace.

The Holy See is committed to fostering, through “informal and formal diplomacy”, a culture of peace, active solidarity and full respect for inherent human dignity, built also on dynamic interreligious dialogue, ever convinced that religions must be a positive force in preventing and ending conflicts.

The Holy See is committed to employing its resources and encourage schools and social institutions to educate for peace and inclusive societies, which are essential to prevent conflicts.

The Holy See is committed to contributing to the collective work to prevent humanitarian crises in which disarmament can play a significant role in ensuring a peaceful coexistence among Nations, as well as social cohesion within them; it will never tire working towards nuclear disarmament and non-proliferation, banning antipersonnel mines and cluster munitions, as well as preventing the expansion and deployment of new weapons systems such as lethal autonomous weapons systems.

The Holy See believes that the primary commitment and goal of the International Community must be the prevention of conflicts, by investing in sustainable and integral development that leaves no one behind, no matter how small, so to have no family without lodging, no rural worker without land, no laborer without rights, no people without sovereignty, no individual without dignity, no child without childhood, no young person without a future, no elderly person without a venerable old age.

Having articulated the immense challenge before us, the Holy See remains committed to doing its part to save lives and spare future generations, from the scourges of war.