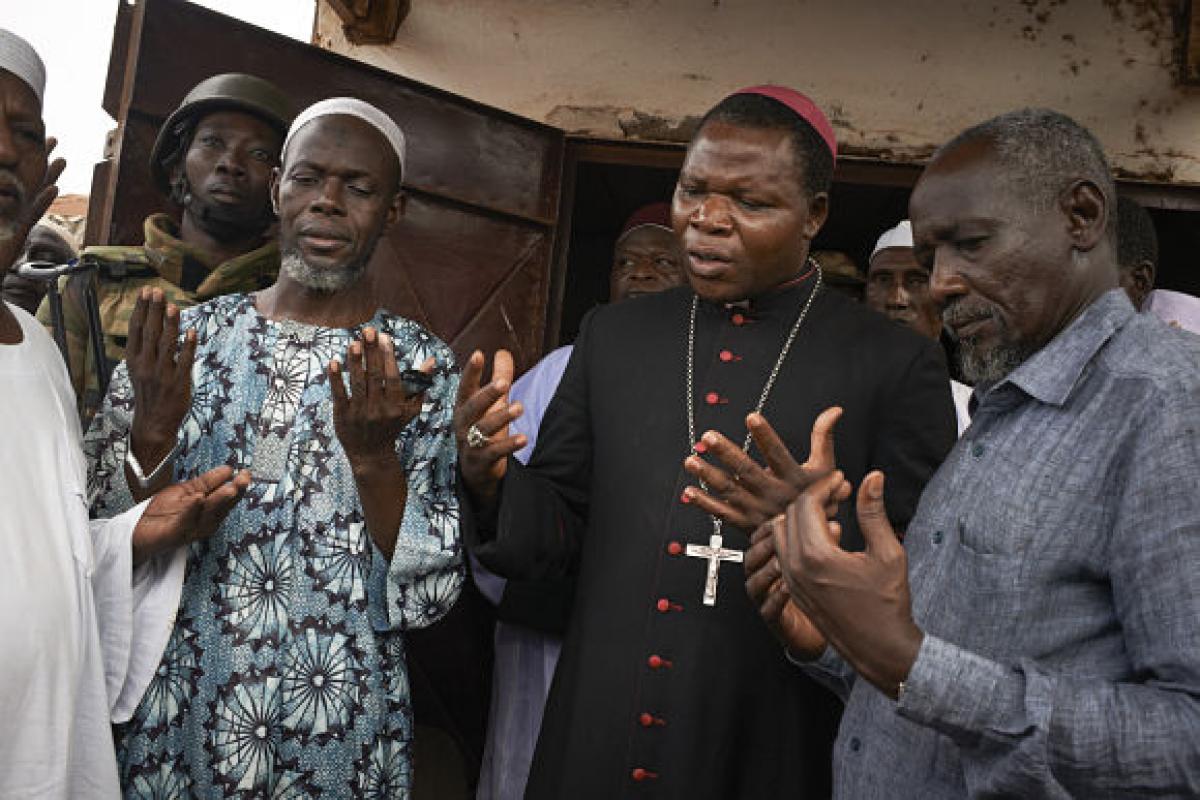 The issue which we are about to consider is particularly urgent. Genocide, war crimes, ethnic cleansing and crimes against humanity continue to affect different areas of the planet, while the memory of the atrocities committed in the past, recent and remote, is still alive in the conscience of humanity.

In the face of these grave crimes, there exists a grave responsibility, first for nation States and then for the international community. Today, as in the past, religions are being manipulated to incite intolerance and hatred against individuals, groups or entire populations.  It seems entirely appropriate, therefore, to reflect on the responsibility of religious leaders, especially in an ever more interconnected world, to help counter the spread of hatred and violence in the name of­ religion and to promote more inclusive and peaceful societies.

It is well known that the concept of the responsibility to protect, as stated in Articles 138 and 139 of the 2005 World Summit Outcome, rests on three pillars of which the most important is that of “prevention of such crimes, including their incitement, through appropriate and necessary means”. It should be stressed that according to the above-mentioned document, this responsibility falls primarily, but not exclusively, on national authorities. In fact, the international community is called upon, “as appropriate, [to] encourage and help States to exercise this responsibility”. This encouragement and help can take many forms, among which I would like to recall the duty to refrain from inciting tension and conflict in third States that could constitute the prelude, the scene or still worse, the breeding ground for committing the hateful crimes in question.

It goes without saying that this duty implies not only refraining from supplying weapons, financing or other assistance to the perpetrators of such crimes, but taking positive measures to put an end to the trafficking of arms and the financing that might directly or indirectly help in committing crimes of atrocity. Similarly, it can be argued that if national authorities have a duty to prevent the incitement to commit such crimes, then, in a world that is ever more connected through social communications, the authorities of third States should refrain from promoting ideologies that incite intolerance, hatred, violence, contempt for life and denial of the dignity of the human person.

Unfortunately, as mentioned above, these ideologies often refer to religion, to the point that, as stated by the organizers of our meeting today in the concept note, “religious intolerance has been used to incite hatred”, with extremely serious consequences that have resulted in the perpetration of genocide, war crimes, ethnic cleansing and crimes against humanity.

Faced with this evidence, there is a risk of falling into the temptation of misunderstanding or hiding the real cause of these despicable actions by attributing the cause to religion.

On this point I would like to reaffirm, along with so many religious leaders in the world, that all religions aspire to peace. Already in 1986, Pope John Paul II convened the leaders of the great world religions in Assisi to pray for peace and commit themselves to peacemaking with renewed vigor. The instrumental use of religion to serve the interests of determined groups can, however, lead to conflicts and wars. Clearly, religions are not the cause of these ills, that result instead from some political, geopolitical and economic interests, and from the desire for power and domination.

On their part, religious leaders have a twofold moral responsibility in carrying out their religious mission. First, they are called to highlight in all circumstances those principles and ethical values written in the human heart by God, known as the natural moral law. Second, their vocation is to carry out and inspire actions aimed at helping the building of societies based on respect for life and human dignity, charity, fraternity (which goes far beyond tolerance) and solidarity.

Such a task of religious leaders becomes a preventive action that is always valid, even outside of situations of tension, crisis or conflict, but that assumes a greater importance where there are hotbeds of tension that could, if not properly managed, lead to more or less intense forms of religious intolerance.
In addition, an urgent stance is necessary on the part of religious leaders to condemn without delay all forms of abuse of religion or of religious texts to justify violence and the violation of human dignity carried out in the name of God or a religion. As Pope Francis recently said: “How pleasant it would be if all religious confessions would say: to kill in the name of God is satanic!”.

Religious leaders, to fulfill adequately their mission, need national authorities to recognize and ensure religious freedom as an inalienable fundamental human right. Confining religion only to the intimate sphere of the person risks the development of a culture of intolerance. It is important that the international community ensure a proper interpretation of the right to freedom of religion in international law.  Similarly it must reject restrictive interpretations that relegate religion to the private sphere of individuals, preventing a rightful role of religion in the public sphere. At times, this trend is inspired by the desire to combat intolerance based on religion. In fact, if religion is mistakenly considered to be a cause of intolerance, violence and hatred, then there will also be the tendency to believe that by relegating it to the private domain, religious intolerance may be eliminated and thus enable a promotion of peaceful coexistence between peoples of different faiths. This reasoning, flawed at its root, is likely to be counterproductive, because instead of encouraging dialogue, understanding and mutual respect among the different faiths and among the faithful of different religions, it tends to facilitate community withdrawal and rejection of what is perceived to be different. On the contrary, dialogue between the State and religions and between religions themselves can only lead to better mutual understanding and enhancement of universally recognized human principles.

The Holy See will continue to promote both the fundamental moral and juridical principle of the Responsibility to Protect and the right  understanding of the social consequences of religion. Let us hope that through the combined efforts of the leaders and believers of all religions and all people of good will, in conjunction with State institutions, based on respect for life and human dignity, and oriented to the good of the human person, it will be possible, one day, to put an end to the atrocities, which for too long have shaken the conscience of humanity, undermined its moral and spiritual fiber and turned people away from the plan of God.

Thank you for your attention. 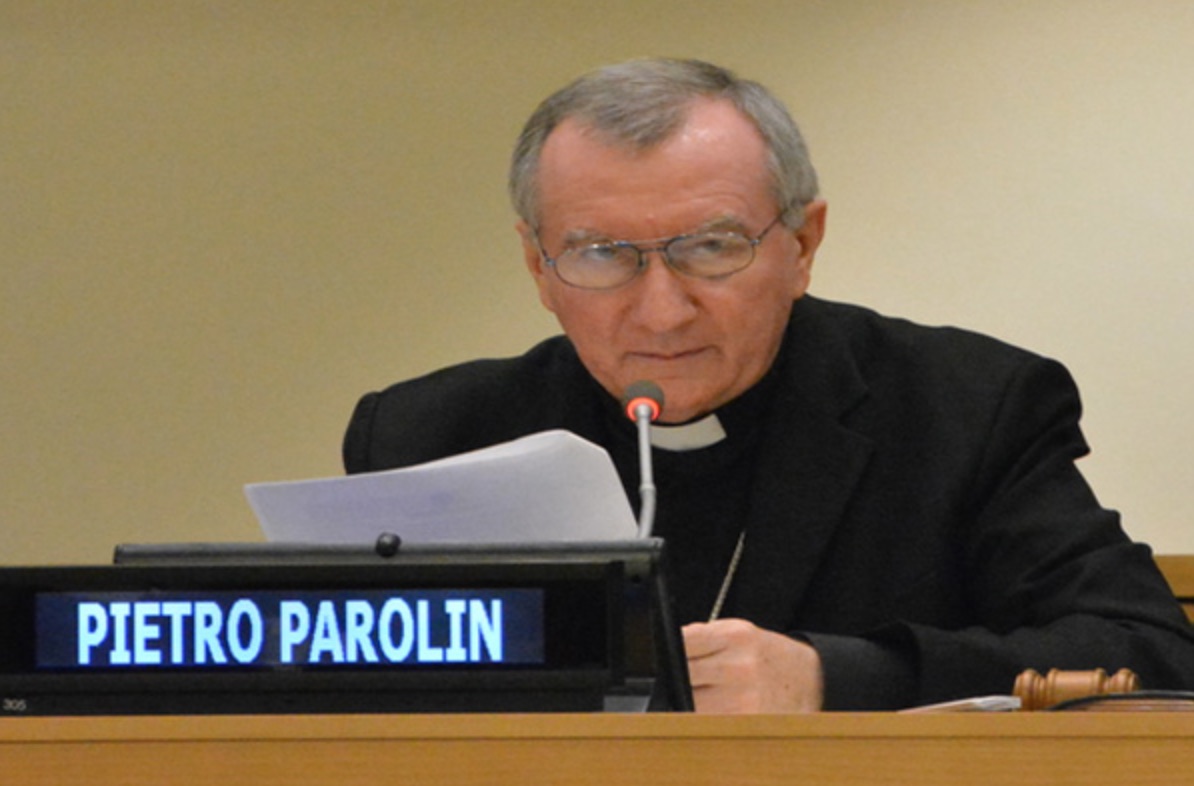