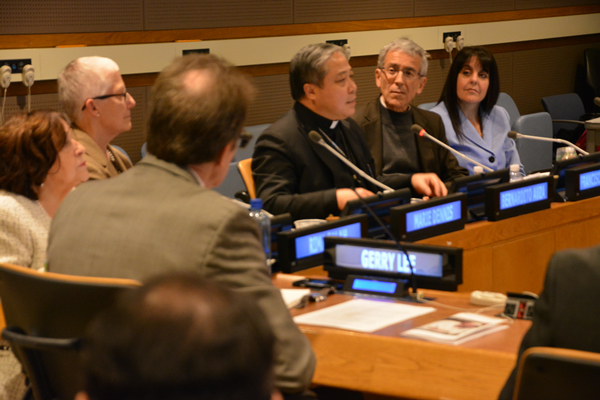 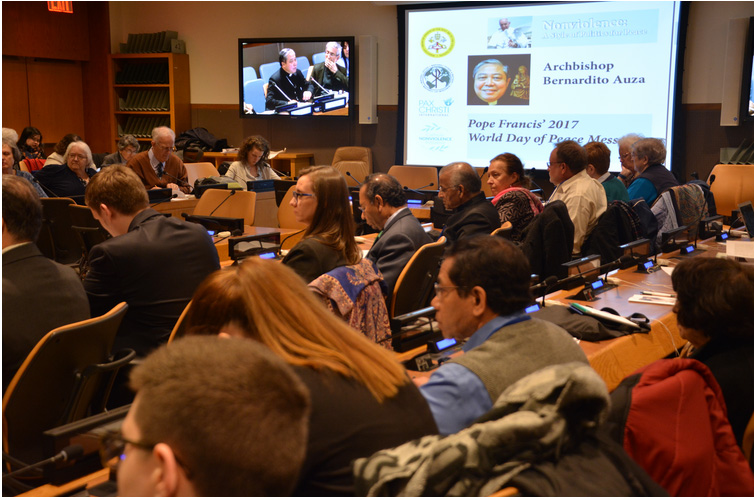 Peaceful movements are more successful than violent insurgencies, according to experts at a Holy See Mission event.

Responding to Pope Francis’ January 1 message for the Fiftieth World Day of Peace, experts on global peacemaking and peacebuilding called upon the international community to find creative and practical ways to resolve conflict with nonviolence at a March 2 event entitled Nonviolence: A Style of Politics for Peace.

The event was held at the United Nations Headquarters in New York and sponsored by the Permanent Observer Mission of the Holy See to the UN, together with the Maryknoll Office for Global Concerns, Pax Christi International and the Catholic Nonviolence Initiative.

Archbishop Bernardito Auza, Permanent Observer of the Holy See to the UN, highlighted the key points Pope Francis made Message, in which he called upon all leaders and citizens to take an active role in building peace.

Along with pleading for disarmament, and the prohibition and abolition of nuclear weapons, the Holy Father “strenuously objects to the myth that international conflicts can only be resolved by deterrent and murderous forces,” Archbishop Auza said.

“Countering violence with violence leads at best to … enormous suffering” and, at worst, to the physical and spiritual death of multitudes — and might even lead to self- extinction,” the Holy Father said in his Message.

Gerry Lee, Director of the Maryknoll Office for Global Concerns, debunked through empirical data the myth that nonviolence is impractical in the face of the wars and terrorism that the world faces today.

“There is actually strong empirical evidence for the superiority of active nonviolence,” Lee said, citing the research of Erica Chenoweth and Maria J. Stephan who collected evidence on all major nonviolent and violent campaigns throughout the world since 1990.

One reason for the higher success rate, he said, is that nonviolent campaigns can mobilize a diverse array people of all backgrounds and physical ability, including the elderly, disabled, and children, mentioning the People Power movement in the Philippines from 1983 to 1986 as an example.

“While several thousand mostly rural male youths fought Marcos for years in guerilla warfare unsuccessfully, he was able to brutally suppress them by isolating them from the Filipino population,” Lee said. “While on the other hand a mass movement of workers, urban poor, students, women’s groups, the business community, and the Catholic Church unified in opposition, they were able to mobilize over 2 million Filipinos to erode his base of support in the army and business community.”

In the cases where nonviolent campaigns failed, research shows that the reason is not the absence of arms but rather internal disunity and the inability to create a strong and cohesive network.

“A poorly managed, disunified campaign will fail whether violent or nonviolent,” Lee said.

“Repeatedly since 1945 the UN has been confronted with an enormous challenge, facing complex and dangerous situations with relatively underfunded or underdeveloped nonviolent strategies,” she said. “At the moment of crisis – in Aleppo or Mosel, Rwanda or the Balkans, the Philippines, Haiti or South Sudan — we have time and again opened a toolbox that is flush with military might, but woefully under-invested in the tools of active nonviolence.”

Dr. Maryann Cusimano Love, Associate Professor of International Relations at the Catholic University of America, stressed the importance of rebuilding communities after times of conflict, especially through participation, reestablishment of just relationships, restoration of order,  reestablishment, reconciliation among warring parties, and sustainable solutions.

“This means repair, not just of homes and bridges but of the human infrastructure, the human heart,” Love said. “We have to remember all wars end, whether they end well or end badly depends on us and whether we build a lasting peace.”

Dr. Rima Saleh, former Deputy Executive Director of UNICEF, said peacekeeping is most effective when the communities it supports are empowered to be agents of change in preventing violence and restoring peace, and saw particular success through education.

“In West Africa we demobilized child soldiers and wanted to reintegrated them into society, and we had Back-to-School campaigns and programs to help them heal and reconcile with their societies.”

Fr. Francisco de Roux founded the Development and Peace Program in the Magdalena Region of Colombia, which won the Colombia National Peace Prize in 2001. Fr. de Roux shared his personal accounts of peacebuilding on the ground in Colombia, in which his group continuously engages in dialogue to mediate between paramilitaries, FARC guerillas, and the Colombian military, persuading each party to respect the value of human life, particularly of civilians.

“Nonviolent activities are not utopian” he said. But, he added, “we never get safety and security from weapons.”

To watch the event in its entirety on UN Web TV, click here. 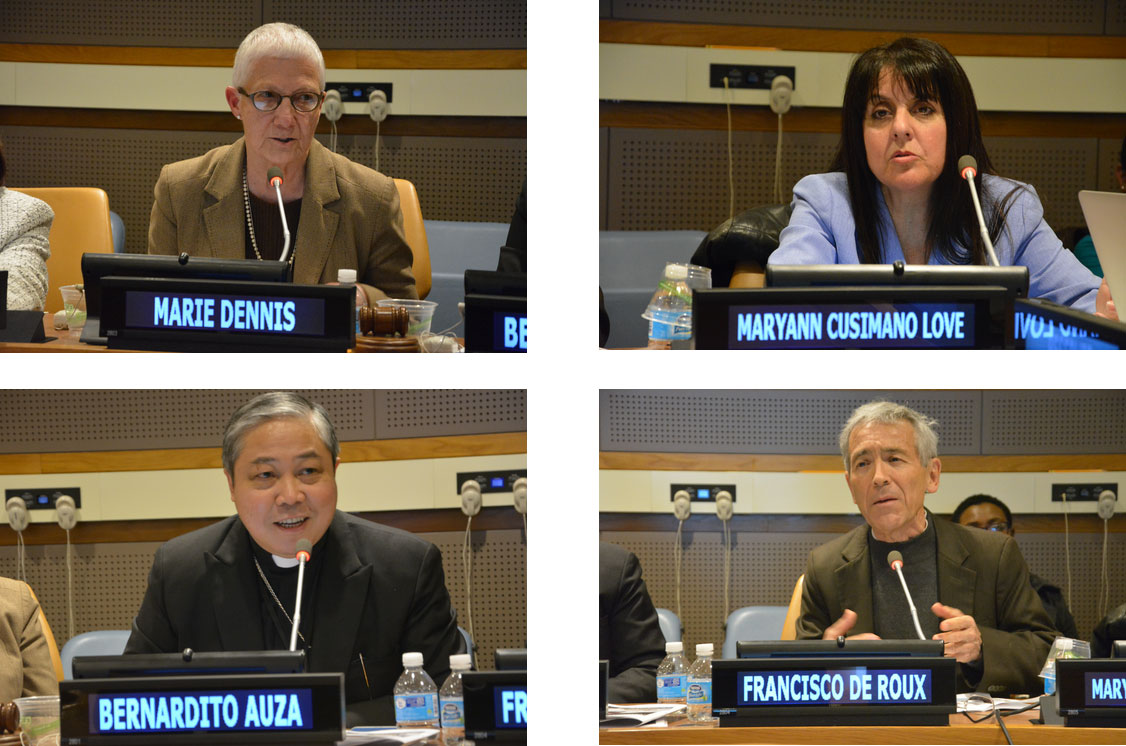