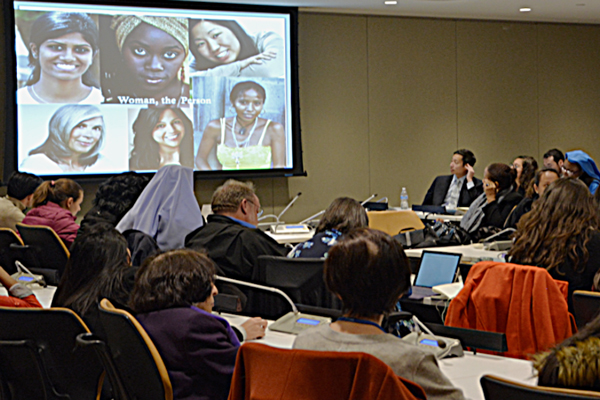 The Means of Woman's Full Flourishing through Her Many Forms of Work Discussed at Holy See Event
By H. E. Archbishop Bernardito AuzaApostolic Nuncio and Permanent Observer of the Holy See to the United Nations 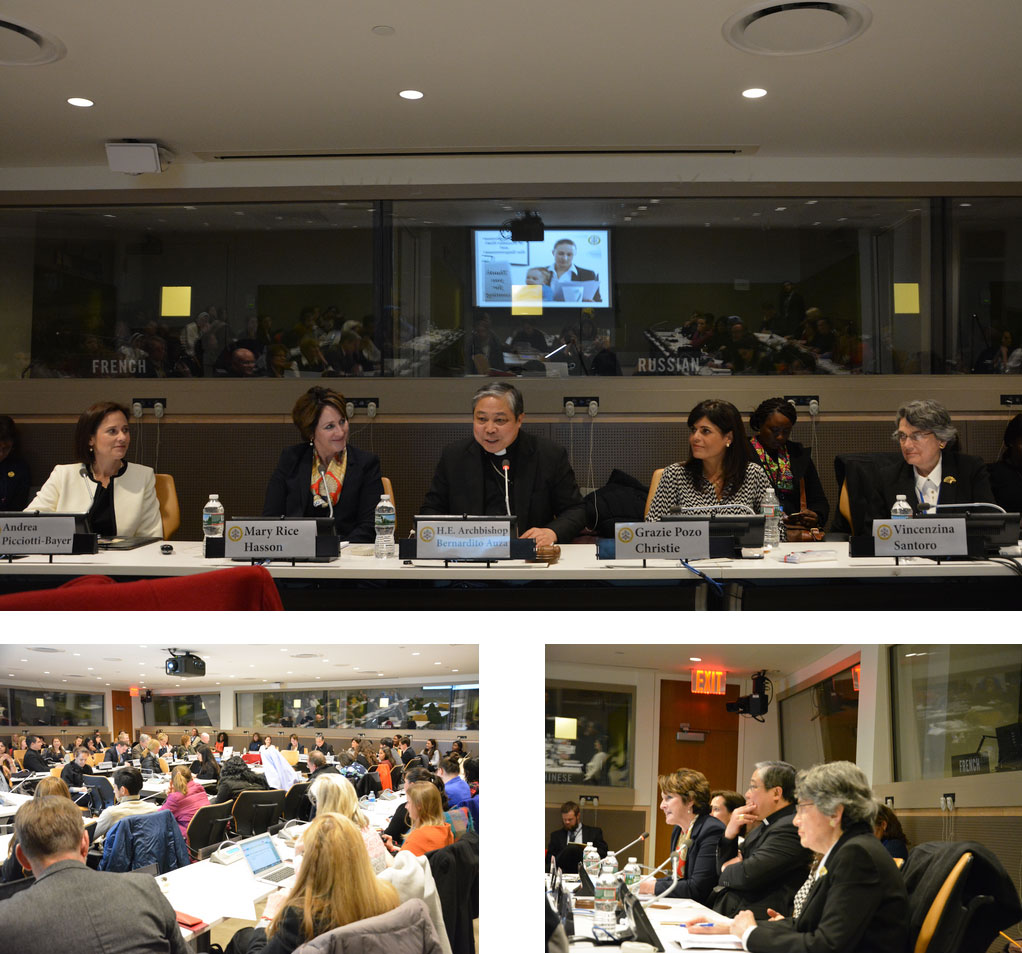 On March 23, the Permanent Observer of the Holy See to the UN sponsored an event entitled “The Distinctiveness of Woman’s Work and Her Empowerment,” as part of the 61st Commission of the Status of Women at UN Headquarters in New York City, dedicated to the theme of Women’s Economic Empowerment in the Changing World of Work.

Archbishop Bernardito Auza said the international community and private institutions must work together to promote women’s natural desires to have a family and to work, by adapting the workplace and culture to allow women to flourish.

“In order to treat women fairly, leaders, whether women or men, whether in public and private institutions, must accept the absolute equality in dignity of woman and man while respecting also their differences,” he Archbishop Auza said. “They must acknowledge the extraordinary value that women bring as women, not only to the world of work or the family, but to every area of human expression.”

Mary Rice Hasson, Director the Catholic Women’s Forum at the Ethics and Public Policy Center in Washington, D.C. and mother of seven, said that women make irreplaceable contributions in the workplace, and the business world ought to cater to a woman’s needs and desires to focus on her vocation to her family.

“When we talk about women and work, it’s not fungible with men,” Hasson said. “We bring something different and it makes something better, and if a company really values a women’s contribution, then they make room for women on our terms. A job that makes us less human and not be able to be around our families is not something most women will want to stick around for.”

Radiologist Dr. Grazie Pozo Christie had four children during her medical training, and expressed her gratitude to the accommodations her medical school made for her to fulfill her calling as both mother and physician.

“While fully including women as doctors demands changes in traditional practices, as a whole it greatly enriches the vocation, by adding to the medical mix the moral strengths and distinctive aptitudes of one half of the population,” she said.

She cited a recent study from the Journal of the American Medical Association, which found that patients in the same hospital, with the same diseases, had lower mortality rates when treated by female doctors compared with those cared for by men.

“One study of course does not scientifically prove that women make better doctors than men,” she added to laughter, “but the study does indicate that men and women relate to their patients differently, and I’m sure that this is due to the distinct moral strengths women bring to their vocation. The patients reap the rewards of a workplace that welcomes and accommodates women.”

Because of the value she says women add to the medical profession, Dr. Christie encouraged medical schools and hospitals to make accommodation for female physicians who want to grow their families, and exhorted professional women to embrace motherhood, which will enhance their work as doctors or any field they undertake.

Andrea Picciotti-Bayer, former Attorney for the US Department of Justice Civil Rights Division, who now works as a legal advisor for the The Catholic Association, said she also had employers accommodate her as she grew her family to ten children.

“There are many who think that there is an incompatibility between a woman's work outside the home and her work in the home,” Picciotti-Bayer said.  “I don't believe that there is an incompatibility.  Whenever there are two jobs to do, there undoubtedly will be a tension,” she said, noting that many women, including herself, may take a few years away from the workforce to care for her family, but ought to have pathways for reentry when she chooses to return to work.

Vincenzina Santoro, a former Vice President of JP Morgan and Company, international economist and co-author of the recently published Family Capital and the Sustainable Development Goals, gave a history of women’s contribution in the workplace, noting the many female CEOs and Presidents major corporations such as General Motors, IBM, Xerox, and PepsiCo.

“As women at the UN contemplate how the work world has changed, they should celebrate the success of many women who have advanced beyond equality to the apex of their professions via their superior capabilities and accomplishments as wives, mothers and CEOs,” Santoro said. 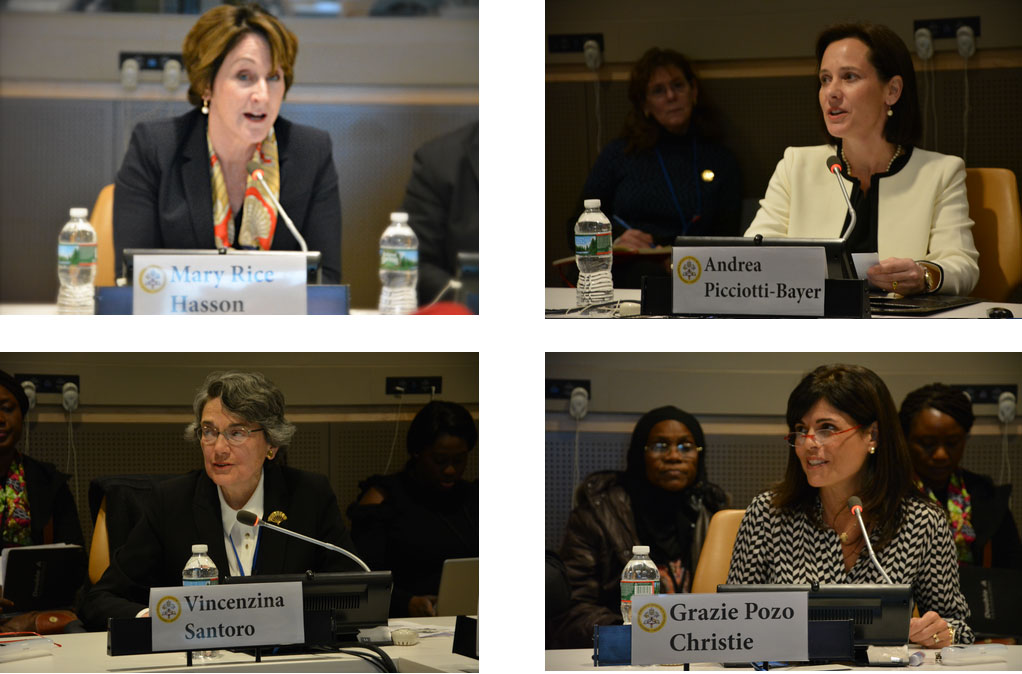