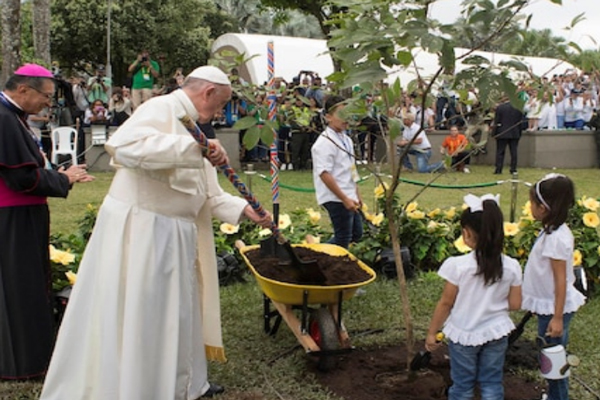 Reconciliation and Peace in Colombia: Confidence-Building Developments and Continuing Challenges 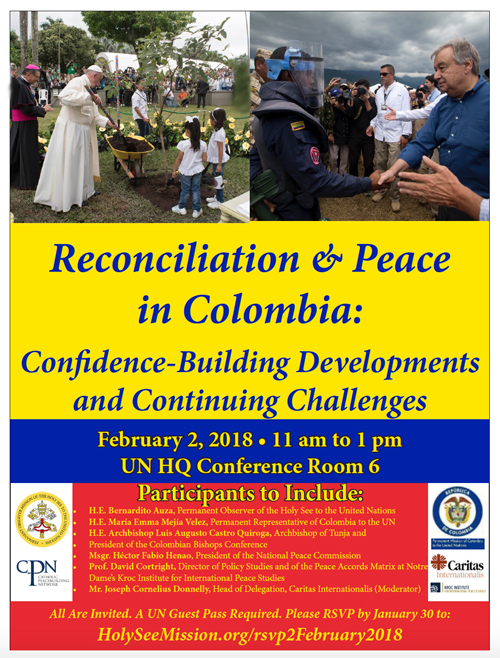 Reconciliation and Peace in Colombia:
Confidence-Building Developments
and Continuing Challenges

In the Report of the Secretary-General on the United Nations Verification Mission in Colombia (S/2017/1117), dated December 27, 2017, the Secretary-General took stock of the implementation of the Final Peace Agreement related to the reintegration and protection of former combatants and to the provision of security guarantees to the regions most affected by the conflict. He underlined the progress that has been made recently in terms of the transition of former Revolutionary Armed Forces of Colombia-People's Army (FARC-EP) members to legal participation in the political process and improved security indicators at the national level, and expressed his hope that the positive impact in 2017 of the ceasefire and the laying down of weapons could be preserved. At the same time, his report expressed concern over insecurity in rural areas affected by the conflict, over the growing number of murders of ex-FARC-EP members as well as social leaders, human rights defenders, land restitution advocates and coca-substitution programs.

During his official visit to Colombia January 13-14, 2018, the Secretary-General sought to reinvigorate the implementation of the Peace Deal and ensure that Colombians continue to stay the course as the country prepares for legislative elections in March and presidential elections in May and as the temporary ceasefire agreement between the Government of Colombia and the National Liberation Army (ELN) expires. During his visit the Secretary-General met with President Juan Manuel Santos Calderón, official of the Government and Armed Forces, FARC-EP leadership and leaders of the Catholic Church. The Secretary-General’s visit came just four months after the September 6-11, 2017 visit of Pope Francis to Colombia, where the Pope traveled throughout the country to encourage everyone to “take the first step” in bringing about a culture of peace and reconciliation. He urged them to be courageous in rising above fears, painful memories, past failed attempts and pessimism to become artisans of peace; mutually to offer forgiveness for past wrongs; commit to the process of reconciliation by ensuring both true and justice; and forge a culture of encounter that can foster peace “from below.”

On October 20, The Permanent Observer Mission of the Holy See to the United Nations, the Permanent Mission of Colombia, Caritas Internationalis and the Catholic Peacebuilding Network convened a meeting on the process of Reconciliation and Peace in Colombia, focused specifically on the impact of the visit of
Pope Francis.

On February 2, the same co-sponsors will host another session to provide a timely update on their work with key stakeholders from Colombia who continue implementing peace and reconciliation confidencebuilding measures with counterparts in the FARC, while vigorously developing new initiatives with members of the ELN as 2018 unfolds.

Structure of the Event

The panel event will feature the following speakers:

To RSVP for the event, please do so online by 4 pm on January 30, 2017 at the following link:
holyseemission.org/rsvp2February2018.