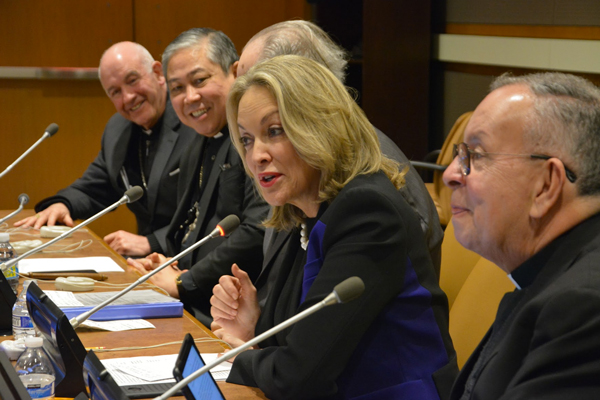 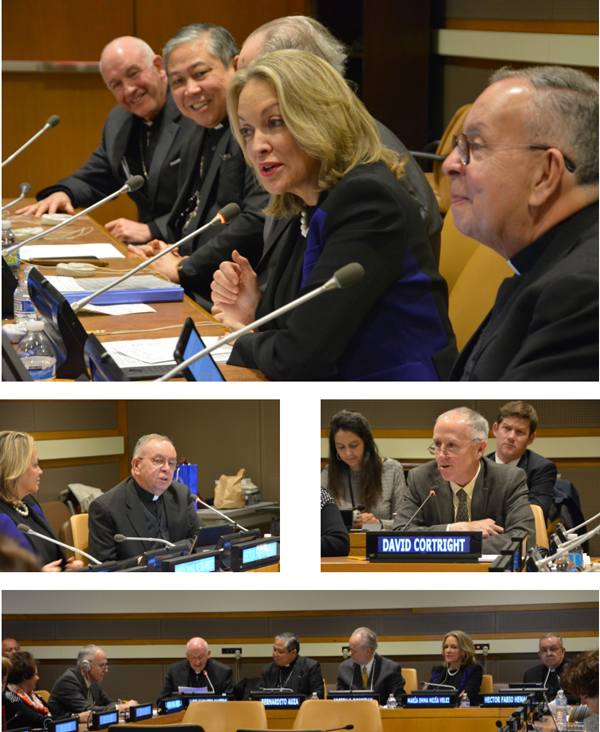 On February 2, in Conference Room 6 of the United Nations, the Permanent Observer Mission of the Holy See to the UN sponsored a side-event entitled “Reconciliation and Peace in Colombia: Confidence-Building Developments and Continuing Challenges,” together with the Permanent Mission of Colombia to the UN, Caritas Internationalis, the Catholic Peacebuilding Network, and the Kroc Institute for International Peace Studies.

This was in follow-up to an event held October 20 by same sponsors, soon after the September 6-11 visit of Pope Francis to Colombia.

Panelists had a hopeful tone about the implementation of the Colombian Peace Agreement, despite the ongoing violence and difficulties. The panelists spoke optimistically of the political will for peace in Colombia and a general desire to move forwards.

Archbishop Bernardito Auza, Permanent Observer of the Holy See to the UN, encouraged Colombians to embark on the long journey to peace together, reiterating the advice given by Pope Francis during his September trip to Colombia.

“Peace will be achieved not just by normative frameworks and institutional agreement from the top down,” Archbishop Auza said, “but also the change that comes from below.” Colombians are called, he said, echoing the Pope, “to avoid the temptation to vengeance and offer forgiveness for past wrongs.”

This difficult undertaking will help supplant the culture of violence, a challenging task that is supported by the Church and many Catholic institutions.

Ambassador María Emma Mejía Velez, Permanent Representative of Colombia to the UN, said the current and historic presence of the Church has helped the country immensely. “When the state did not have even the minimal institutions present in rural areas, a priest was always there.”

“It is easier to construct peace than to implement it,” she emphasized.

Joseph Cornelius Donnelly, Head of Delegation of Caritas Internationalis and moderator of the event, said that implementation is not primarily political. Rather, it is for the sake of the 55 million Colombians who worry about life tomorrow and the next year.

“We have to have mutual confidence to take steps forward.”

Archbishop Luis Castro Quiroga, Archbishop of Tunja and former President of the Colombian Bishops Conference, said that the Church is striving to use its presence to help facilitate dialogue between the Colombian government and the rebel groups.

“The role of the Church in the negotiation process has been important given its impartiality, ability to maintain dialogue, knowledge of the conflict in Colombia, and presence in the territories,” he explained. “Peace is not just ending a war, but also building a new country.”

Msgr. Héctor Fabio Henao, President of the National Council for Peace, Reconciliation, and Coexistence, described the inclusion of members from all sectors of society as key to this work.

“It includes those who have always been invisible,” he said, “and generates spaces for permanent dialogue between citizens and institutions.”

Msgr. Henao also stressed the importance of transforming the culture. After fifty years of war, it is time to move from a culture of violence to a culture of peace.

Professor David Cortright, Director of Peace Accords Matrix and Policy Studies at Notre Dame’s Kroc Institute for International Peace Studies, shared positive insights from a report issued November 16 by the Institute on the headway of peace implementation in Colombia.

“The disarmament process has been remarkable,” he said, “which is a necessary first step for medium and long-term progress.”

“The peace process is more important than politics,” he said in anticipation of Parliamentary and Presidential elections to take place later this year.

There was a vigorous 40-minute question and answer period in which the panelists described in great depth the history of the Peace Process until now and the obstacles that remain, in particular the status of negotiations with the National Liberation Army (ELN).

To view the event in its entirety, please click here. 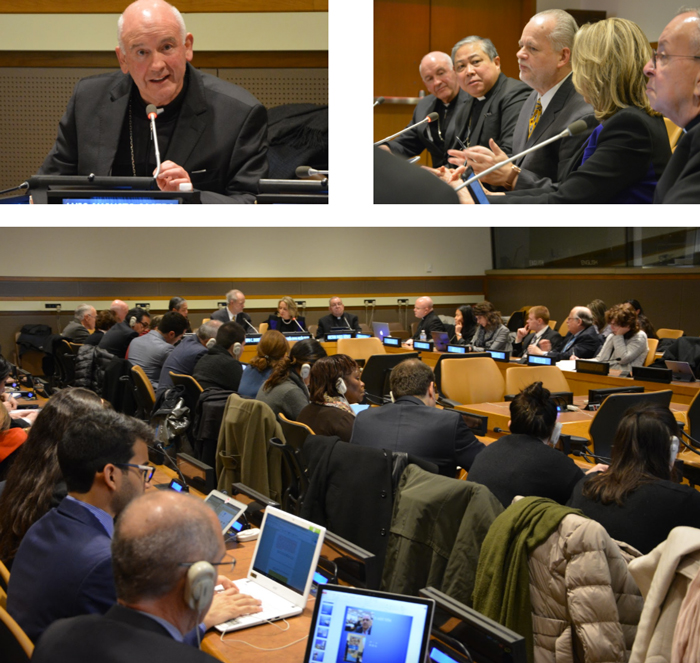