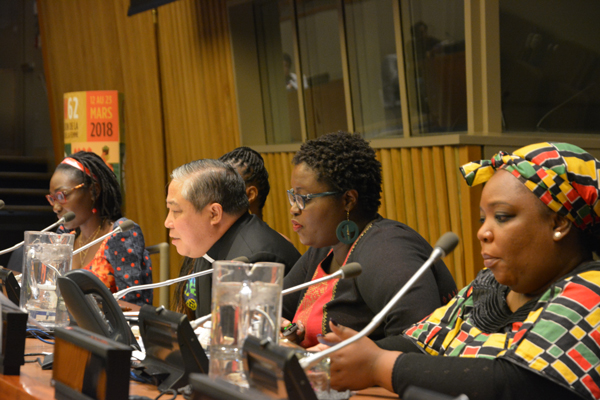 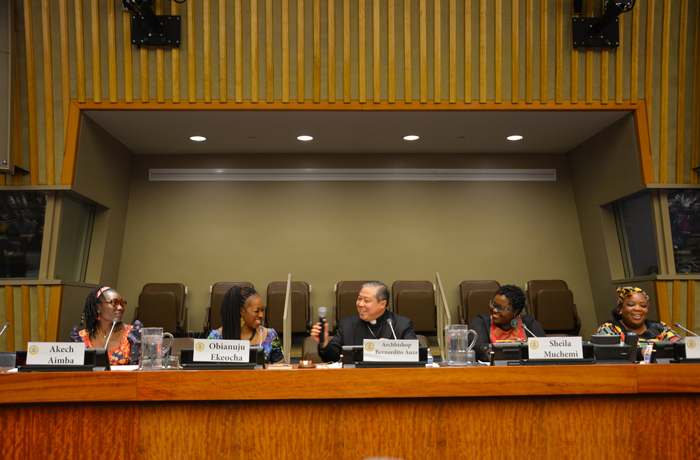 On March 19, the Permanent Observer Mission of the Holy See to the UN co-sponsored a side event entitled "Promoting the Integral Development of Rural Women and Girls in Africa in the Era of Ideological Colonization” together with Campaign Life Coalition, Culture of Life Africa and Human Life International during the 62nd Session of the Commission of the Status of Women. It was an opportunity to listen to African women to discuss their needs and how the international development community has not met them.

Archbishop Bernardito Auza, the Permanent Observer of the Holy See to the UN, echoed the words of Pope Francis in his 2015 Address to the UN General Assembly, in which he indicated that the need for development in Africa and other developing countries can sometimes be used for abuse and corruption, or what the Pope called “ideological colonization.” In the thirty months since his UN visit, Pope Francis has used the term repeatedly to describe the attempts of wealthy, powerful donors to offer development assistance under the condition that African countries accept practices that that go against their culture and values with regard to human sexuality, life, family and even basic anthropology.

In the last 20 years, there has been a shift in foreign aid budgets from development aid for education, health, water supply, sanitation and other essential needs to population control programs.

“The development system should never be used as a Trojan Horse to attack the cultural and religious values of developing nations,” Archbishop Auza said. “This process of ideological colonization needs to be called out.”

Archbishop Auza noted that the Catholic Bishops of Africa and Madagascar spoke out against the practice in a 2015 Common Declaration to unveil how foreign governments have tried to impose their values on African peoples as a condition for receiving basic healthcare, education and military supplies.

Obianuju Ekeocha, Founder and President of Culture of Life Africa, said that the reliance of many African countries on foreign aid from donors and other more developed countries has created a similar power dynamic to the colonization era.

“This is the gateway for neo-colonization,” Ekeocha said. “While some donors have good intentions, there are other donors whose gifts to Africa are determined by their own set ideas, ideologies and world views.”

She called for donor-funded projects to be based on the expressed needs of the recipients, not the agendas of western countries that spend an increasing amount on population control in Africa as opposed to other basic needs.

“Women who lack access to food, water and basic amenities, have their local legislators and leaders spend much time and effort on family planning projects which they may not even use it,” she said. "Respect us and let us live in dignity and self-determine.”

Sheila Muchemi, a PhD candidate in Clinical Psychology whose research focuses on cultural issues around mental health in Africa, said that psychology for Africans must be done within the cultural context of Africa in order to be fruitful,. While Africa is comprised of many countries with unique cultures, she said that there are shared cultural values from region to region, especially for women and girls.

“Becoming a mother is a symbol of honor in Africa,” she said. “The child does not belong only to her parents or the mother, but to the community.” 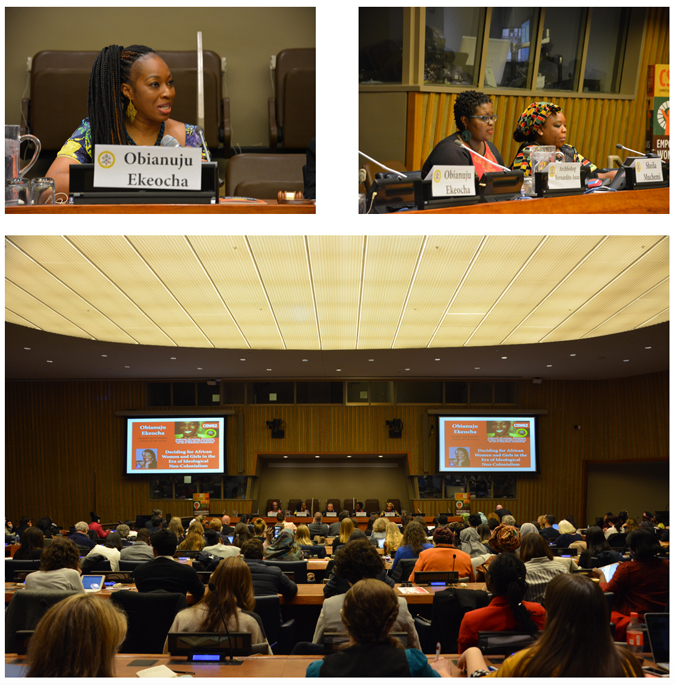 Aketch Aimba, Founder and Director of Pearls and Treasures Trust in Kenya, an organization that provides support to women after they undergo an abortion, said that because of African women’s deep identity as mothers, the overwhelming majority of Africans find abortion to be morally unacceptable, which makes the practice of abortion especially traumatizing for them. She has firsthand experience, as the survivor of two abortions herself.

In eight years, she has seen more than a thousand women who have come for emotional and psychological support to heal from abortions.

“We give them an environment where they can grieve healthily without feeling victimized, where they can talk about the guilt and shame and embrace them,” Aimba said.

Joy Mdivo, Executive Director of the East Africa Centre for Law and Justice, said that the key is allowing Africa to self-determine, starting from the people.

“We should not force ideological change through the law. We need to let society grow organically,” Mdivo said. “We need strong governance to utilize resources effectively so we don’t have to rely on money that comes from donors with strings attached.” 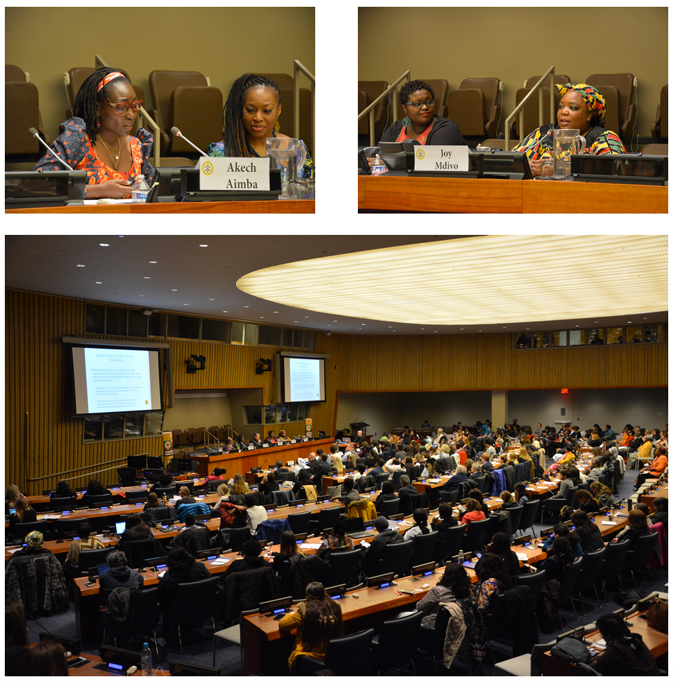