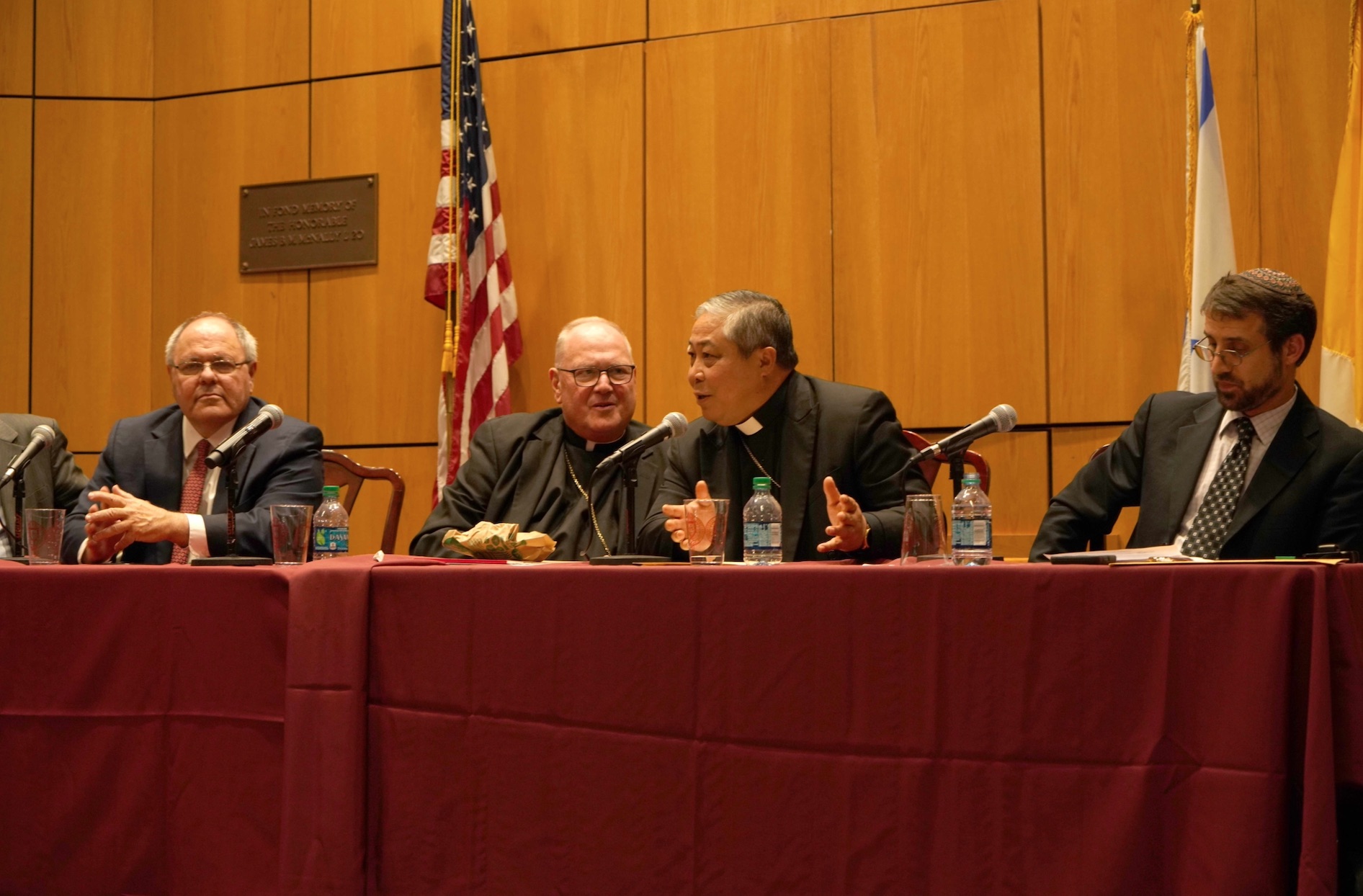 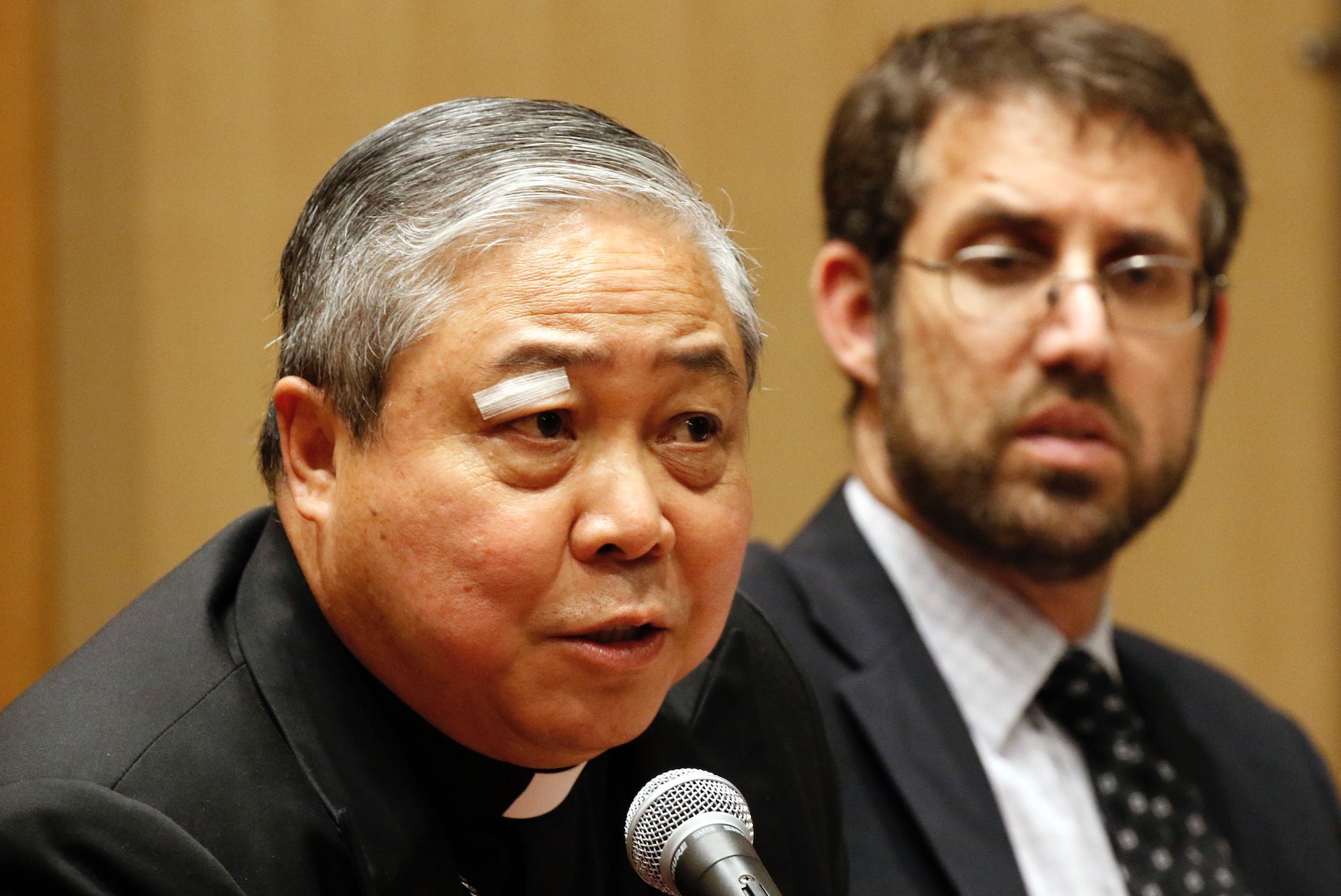 "No diplomatic relations have had the same significance as the diplomatic relationship with the Holy See," Ambassador Dani Dayan, Consul General of Israel in New York, stated in his remarks during a panel discussion held on Wednesday, June 19 at Fordham University, New York.

"The Vatican Israel Accords: 25 Years of Progress and Challenge" was
organized to celebrate the 25th anniversary of the establishment of diplomatic relations between the Holy See and the State of Israel. The event was co-sponsored by The Consulate General of Israel in New York and the United States Conference of Catholic Bishops.

All members of the panel described the journey that the Holy See and Israel have taken, overcoming tensions to establish a true friendship. Each speaker acknowledged the particular importance of the 1993 Fundamental Agreement between the two States in cementing this progress, an agreement that is "more than a diplomatic accord, as it had great spiritual, theological, and historical significance."

Ambassador Dayan called the progress "an incredible journey spiritually and politically we have done in nearly 100 years.” The Fundamental Agreement, he said, is "not merely an agreement between two states, but a rapprochement between the Catholic Church and the Jewish people."

He mentioned the significance of Pope Francis' visit to the grave of Theodore Herzl, a moment he said, that helped "to build a wall of friendship between Israel and the Holy See."

Archbishop Auza described diplomatic relations between the Holy See and the State of Israel as having "a truly special character."

The relationship between the two nations is unique, he said, as it is based upon a shared understanding that flows from the "inextricable bonds between Jewish and Christians faiths, between Jews and Christians" and from the "unique character of the Holy Land."

The past 25 years have been "a time of deepening mutual understanding, trust, friendship, and cooperation," he said.

He expressed gratitude for Israel's legal recognition of the Catholic Church in Israel and its commitment to retaining the status quo regarding Christian holy sites, thanking the State of Israel for the "respect and protection it gives for Catholic churches, convents, monasteries, and cemeteries, for its support and encouragement of pilgrimages, and for so many other elements in the Fundamental Agreement."

He emphasized that one of the underlying commitments of the Fundamental Agreement is the determination of both States to combat all forms of "anti-Semitism and all kinds of racism and religious intolerance,” noting the condemnation of anti-Semitism by Vatican II and recent Popes. He also thanked the Jewish people for courageously opposing "growing anti-Christian violence and what we call Christianophobia."

Cardinal Timothy Dolan described the establishment of diplomatic relations with the State of Israel as a "masterstroke" of Pope St. John Paul II's pontificate, calling the accord "an historic highlight of vibrant Jewish-Catholic relations."

Dolan discussed the importance for Catholic Jewish relations of the diplomatic relations based on the Fundamental Agreement. He said it is "proof of the Holy See's constant refrain, that dialogue and diplomacy were the most effective tools for the achievement of justice and peace."

The cardinal noted that Pope John Paul II had been committed to the idea of strengthening Jewish Catholic relations from the first days of his pontificate, seeing it as a theologically-driven key step in combating anti-Semitism.

The establishment of diplomatic relations between the State of Israel and the Vatican "inspires us to continue to dare never to be straight-jacketed by apprehensions or hesitancies of the past," the cardinal said. It is a "mandate to action" that has "quite literally made the world a better place."

Professor Gregerman praised the fact of diplomatic relations between the Holy See and Israel, declaring that there exists "no parallel in history for any two other religious traditions to have made such a dramatic break with the past." Calling it an example of the "genuine friendship" that exists between Israel and the Holy See who are both "committing to work together as allies for a common cause,"

Professor Gregerman referenced the document Rostra Aetate, the Second Vatican Council document on the relationship of the Church with other religions, as a turning point in Holy See-Israeli relations.

While all acknowledged that challenges in the Holy See-Israel relationship remain, the speakers expressed confidence that the relationship will continue to flourish.