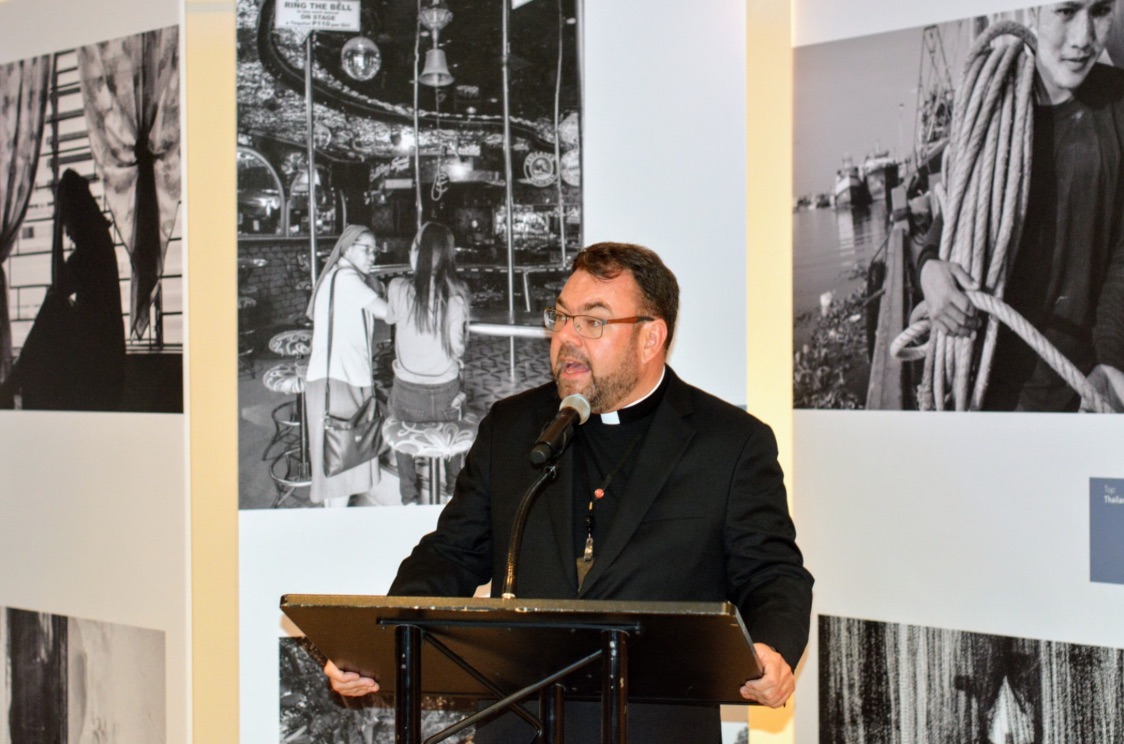 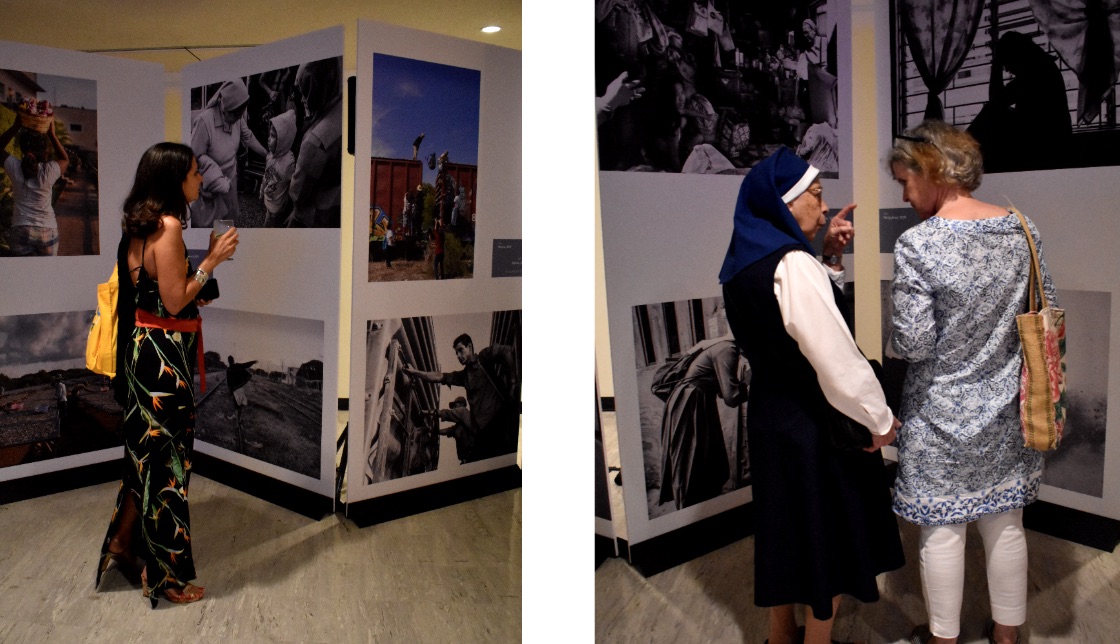 On July 29, following the discussion panel entitled Faces in the Fight Against Human Trafficking sponsored by the Permanent Observer Mission of the Holy See to the UN, Monsignor David Charters welcomed guests to a reception and exhibition entitled Nuns Healing Hearts, featuring the work of the Talitha Kum, an international network of Catholic religious sisters, and showcasing the photographs of award-winning humanitarian photographer Lisa Kristine.

On the vigil of the World Day against Trafficking in Persons, Charters said, “The Holy See is proud to sponsor this exhibition," explaining that the date of the annual observance was chosen because it was on July 30, 2010, that the UN adopted the Global Plan of Action to Combat Trafficking in Persons. The Holy See decided to organize an event and exhibition to mark this important day and to focus on one aspect of the response that cannot receive enough attention: the work of Catholic religious sisters across the globe, who are "one of the greatest assets the world has" in the fight against human trafficking. 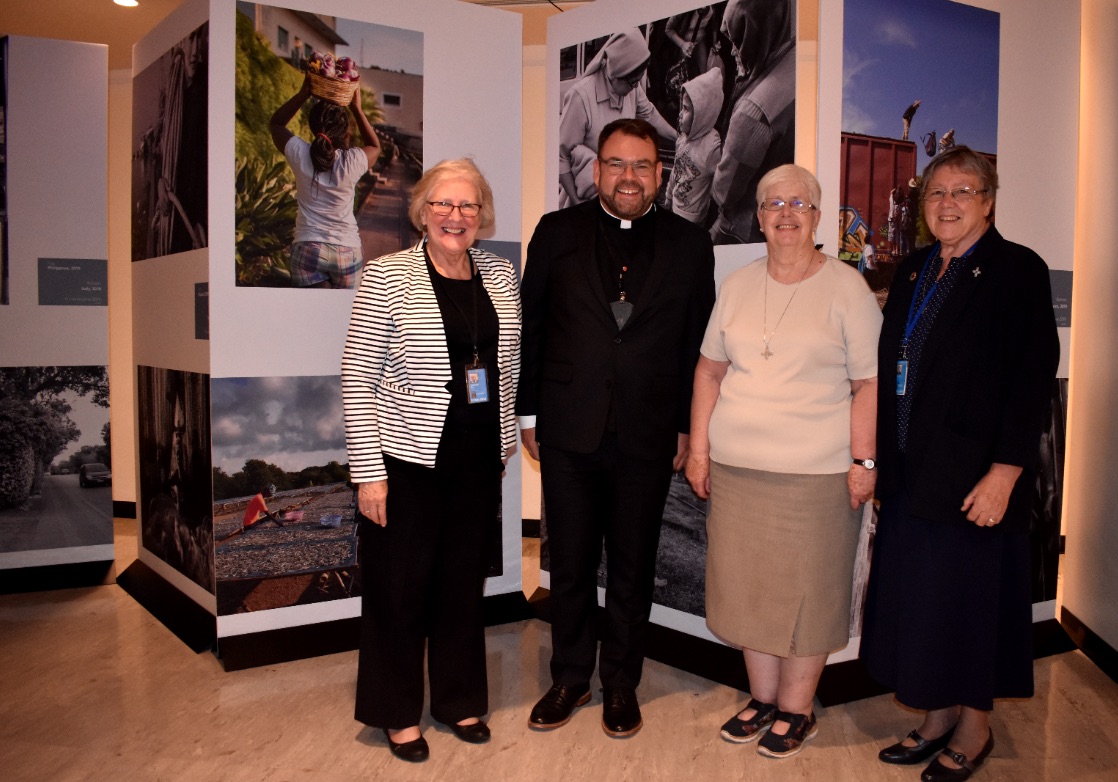 The Nuns Healing Hearts photo campaign, documents with images some of the work the Sisters are doing to help those entangled in sex trafficking and forced labor in 77 different countries on five continents.

As the world commemorates the World Day Against Trafficking in Persons,, he said, it is thus "a particularly important occasion for us to focus on the urgent work that must take place to free the 41 million men and women, girls and boys, who are ensnared in various forms of modern slavery.”  He said that the collection of photographs acknowledges the role of the many Catholic religious sisters who are involved in the "life-saving and life-restoring work." 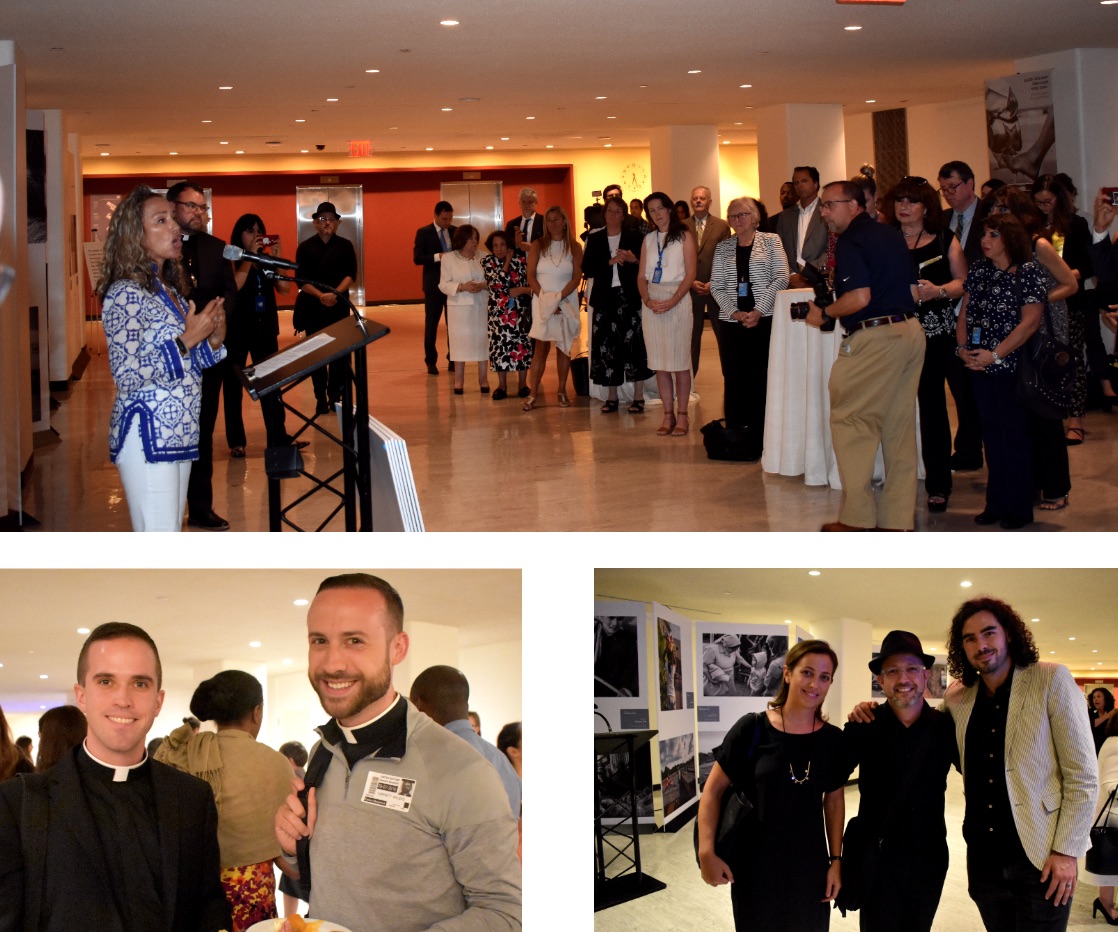 A decade ago, the International Union of General Superiors of Catholic women’s religious institutes decided to found Talitha Kum, to help coordinate the work of 2,000 sisters across the world dedicating their life to preventing trafficking and assisting trafficking survivors, and to help better form partnerships between sisters on the ground and others involved in the fight.

Monsignor Charters introduced John McCaffrey, President of the Galileo Foundation, which co-sponsored the event together with the Pontifical Academy of Sciences and Talitha Kum.

Mr. McCaffrey praised the sisters’ “leadership and humble service” across the world, and said that the exhibit not only documents the “sheer desperation and suffering” but also delivers “a message of hope.” The Talitha Kum network of Catholic religious sisters is engaged in the battle to liberate, rehabilitate and reintegrate those ensnared in various forms of modern slavery across the world.

Charters particularly acknowleged Sr. Gabriella Bottani, a Comboni Missionart Sister, who since 2015 has been the international coordinator of Talitha Kum Network, a network that was established a decade ago so that Catholic sisters could more effectively work together with each other and other groups in the battle against all forms of modern slavery.

Sr. Gabriella first encountered victims of human trafficking in the 1990s while volunteering as a social worker among homeless women and refugees. Deeply touched by their fear, distress and lack of freedom, she decided to commit her life to the cause of their freedom and against every form of exploitation and human trafficking.

A reception followed the launch during which Lisa Kristine personally autographed and donated six large photos of her work.

The exhibit remained on display until August 2 at UN Headquarters. 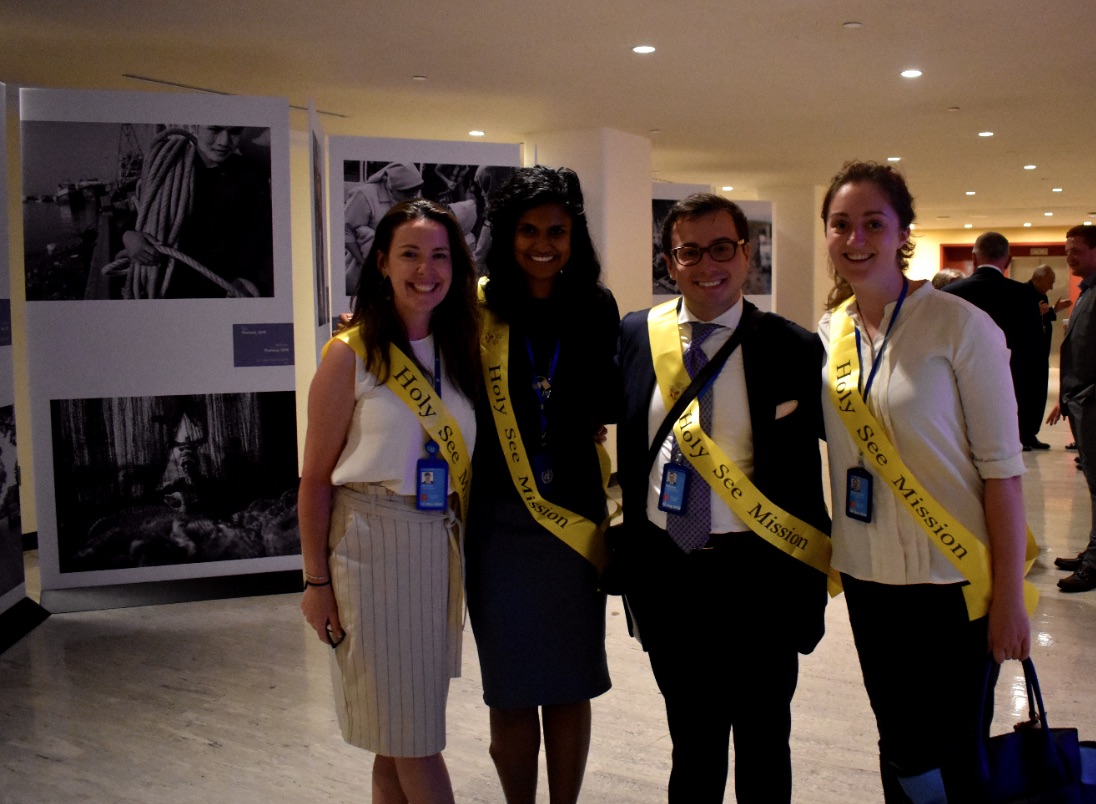