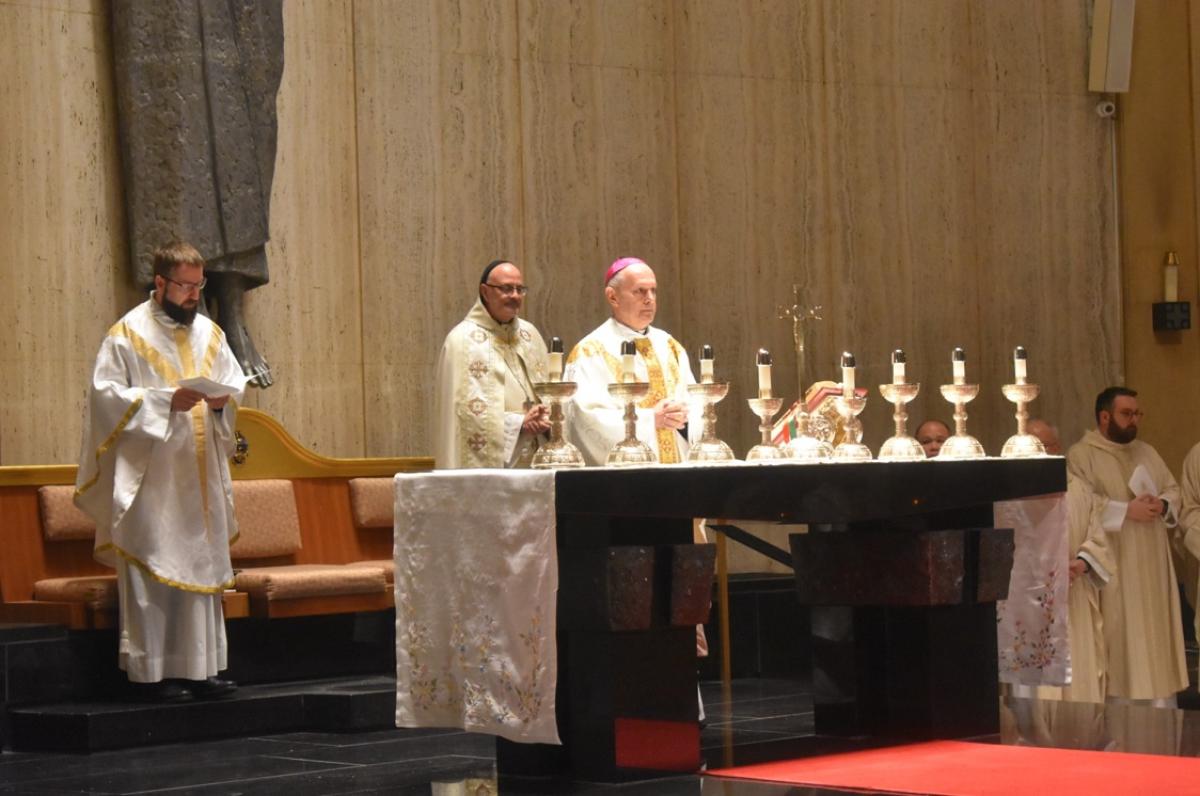 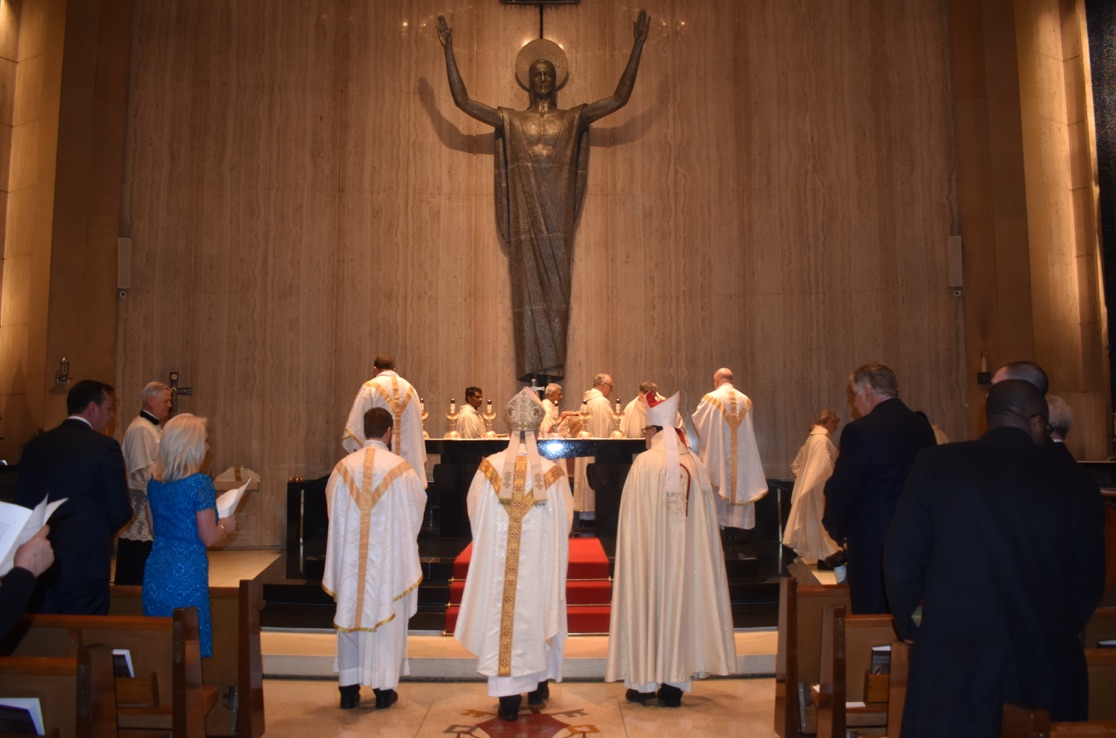 In the presence of Bishop Gregory Mansour, Eparch of St. Maron of Brooklyn, the four priests of the Holy See Mission, a dozen clergy from the greater New York area and a Church full of diplomats, NGO leaders, friends of the Holy See Mission and parishioners of Holy Family, Archbishop Caccia thanked everyone for their welcome and gave an indication of the vision with which he is approaching his new duties.

Caccia mentioned that this year marks the 75th anniversary of the founding of the United Nations and he said, echoing the words of Pope Francis, that the institution is a “much-needed … global forum for facing global problems."

“We work gladly with this institution trying to bring a contribution for the good of the world,” Caccia said. He recalled the five visits of Popes to the UN, particularly Pope Francis in 2015, and expressed his hope that it would serve mankind through bring out the best in persons and peoples for the common good. 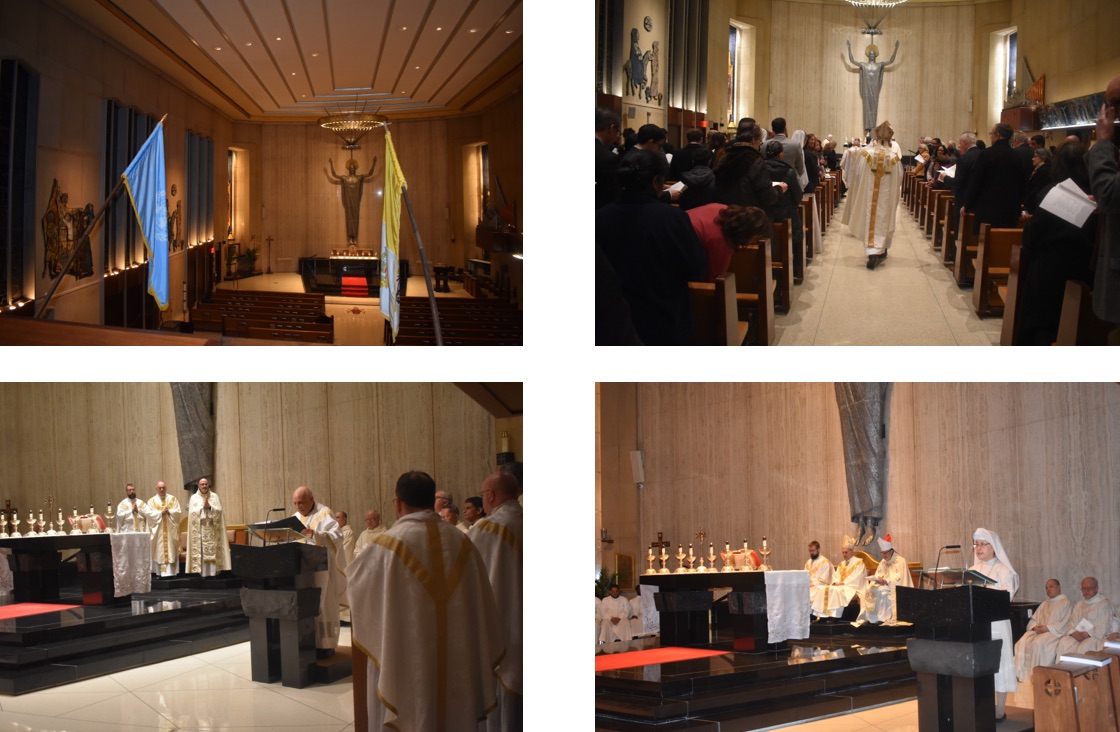 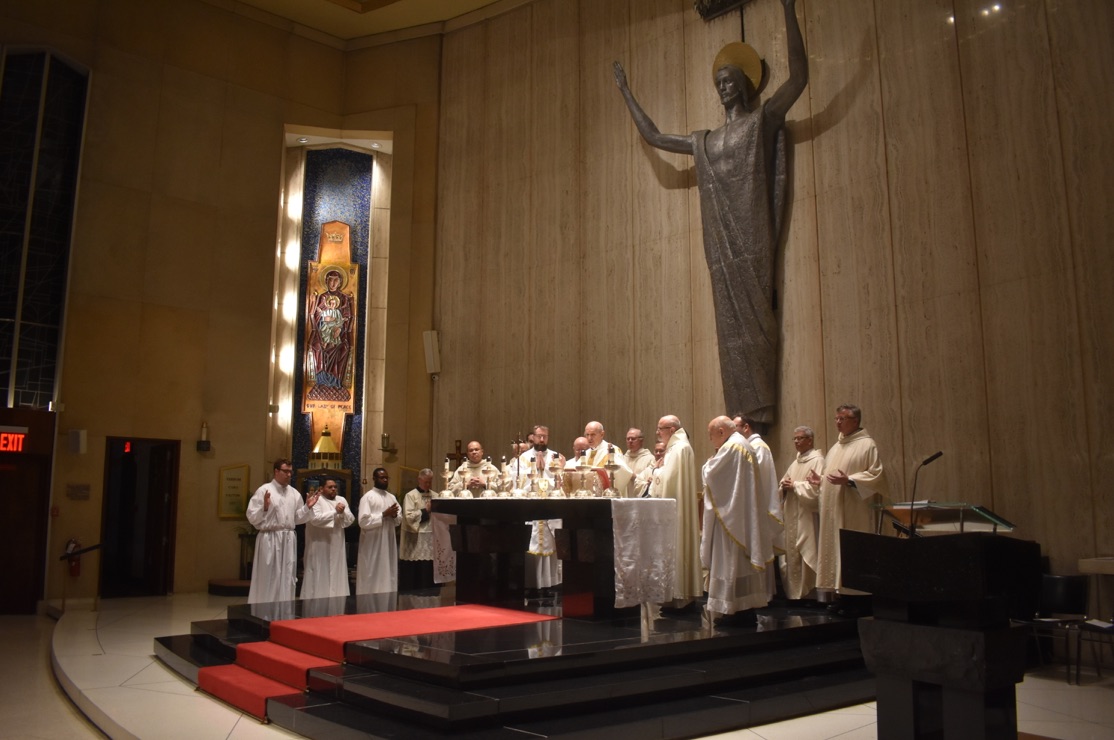 For the Mass, Caccia used a chalice that was presented to the parish by Pope St. Paul VI when he visited the church during his October 4, 1965 trip to the United Nations.

After the Mass, Archbishop Caccia spent two hours greeting individually those in attendance in the undercroft of the Church of the Holy Family.

Previously, Archbishop Caccia has worked as Papal Nuncio to the Philippines and to Lebanon, served as Assessor for General Affairs at the Secretariat of State in the Vatican, and worked at the Nunciature in Tanzania. He is the seventh Permanent Observer of the Holy See to the United Nations in New York.

To take a look at the photos from the evening click here: 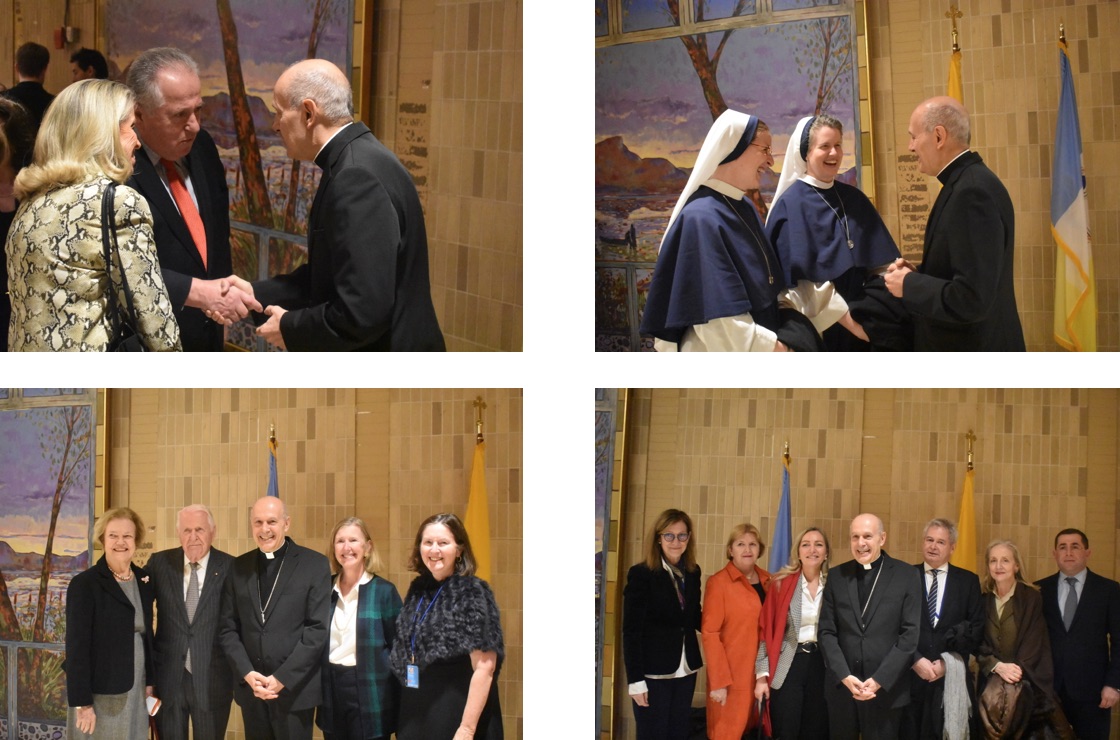 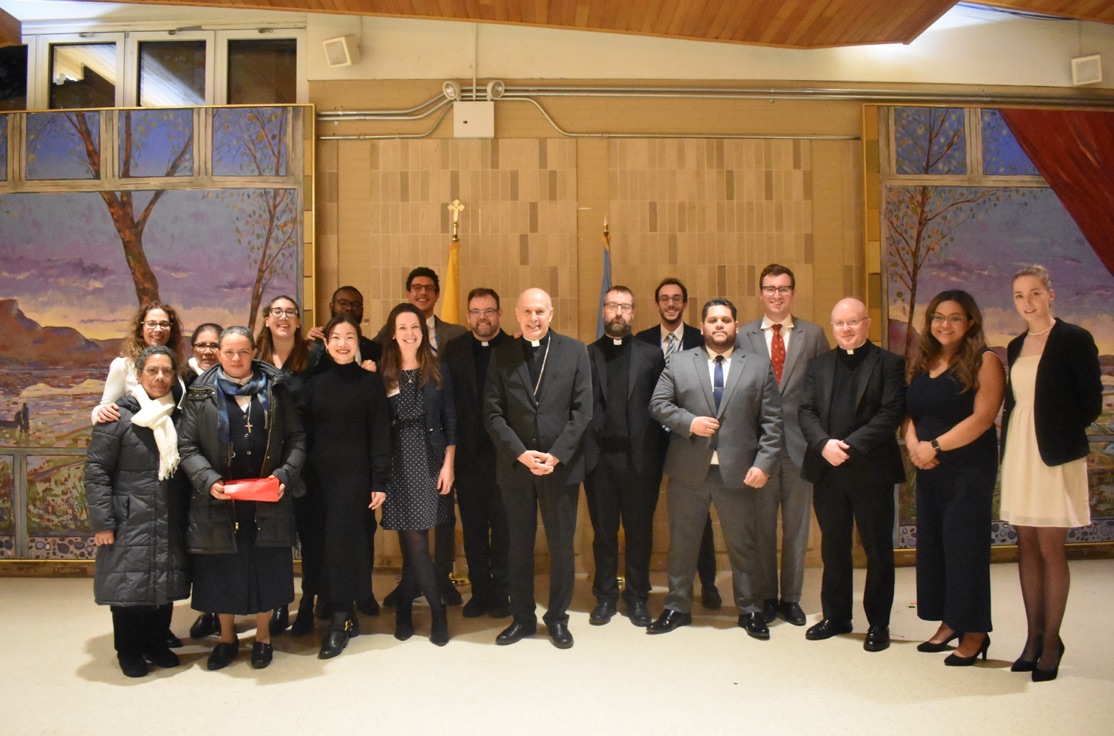