Our website is being upgraded and may show errors while we work. Please check back in a few hours.
Week of June 27, 2016

Prayer Service for Peace in the Middle East 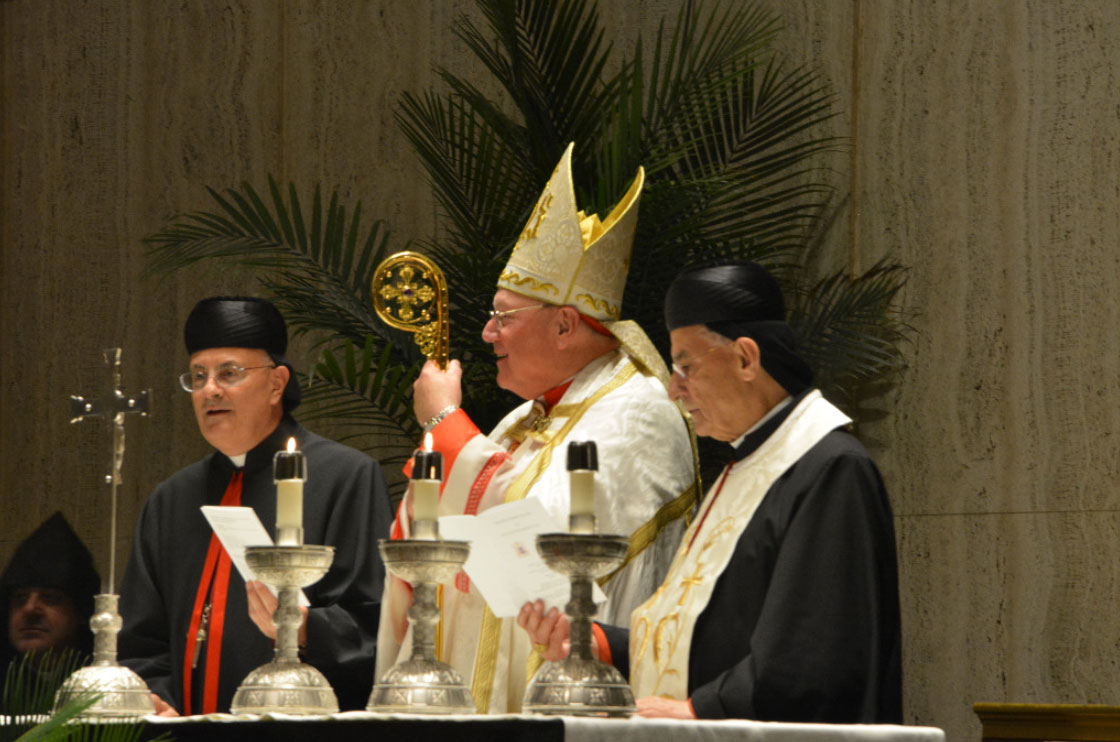 On July 27, the Permanent Observer Mission of the Holy See to the United Nations sponsored a prayer service for peace in the Middle East at Holy Family Parish, which is known as the United Nations parish because of its close proximity.

The event, hosted by Cardinal Timothy Dolan of the Archdiocese of New York along with Bishop Gregory Mansour of the Eparchy of St. Maron in Brooklyn, honored Patriarch Béchara Peter Cardinal Rai, Maronite Patriarch of Antioch and All the East.

"In an area whose turmoil often causes us to wring our hands in frustration, we admire you, one who holds his hands together in prayer, whose hands are raised in blessing, whose hands are often held out to stop bullets, bombs, and bloodshed, and whose arms embrace all," Cardinal Dolan said in his address to the Patriarch.

In Cardinal Rai's address, he said the absence of Christians in the Middle East, or the weakening of their cultural influence, would impoverish both Christians and Muslims, as it harms the culture of dialogue and coexistence desperately needed in the world today, if one is to promote multiculturalism as a viable way of life, both in the East and West.

“Christianity was born in the Middle East. We are entrusted with the safeguarding of that tradition. Christianity is within our hands, to try to keep that treasure alive," Cardinal Rai said. 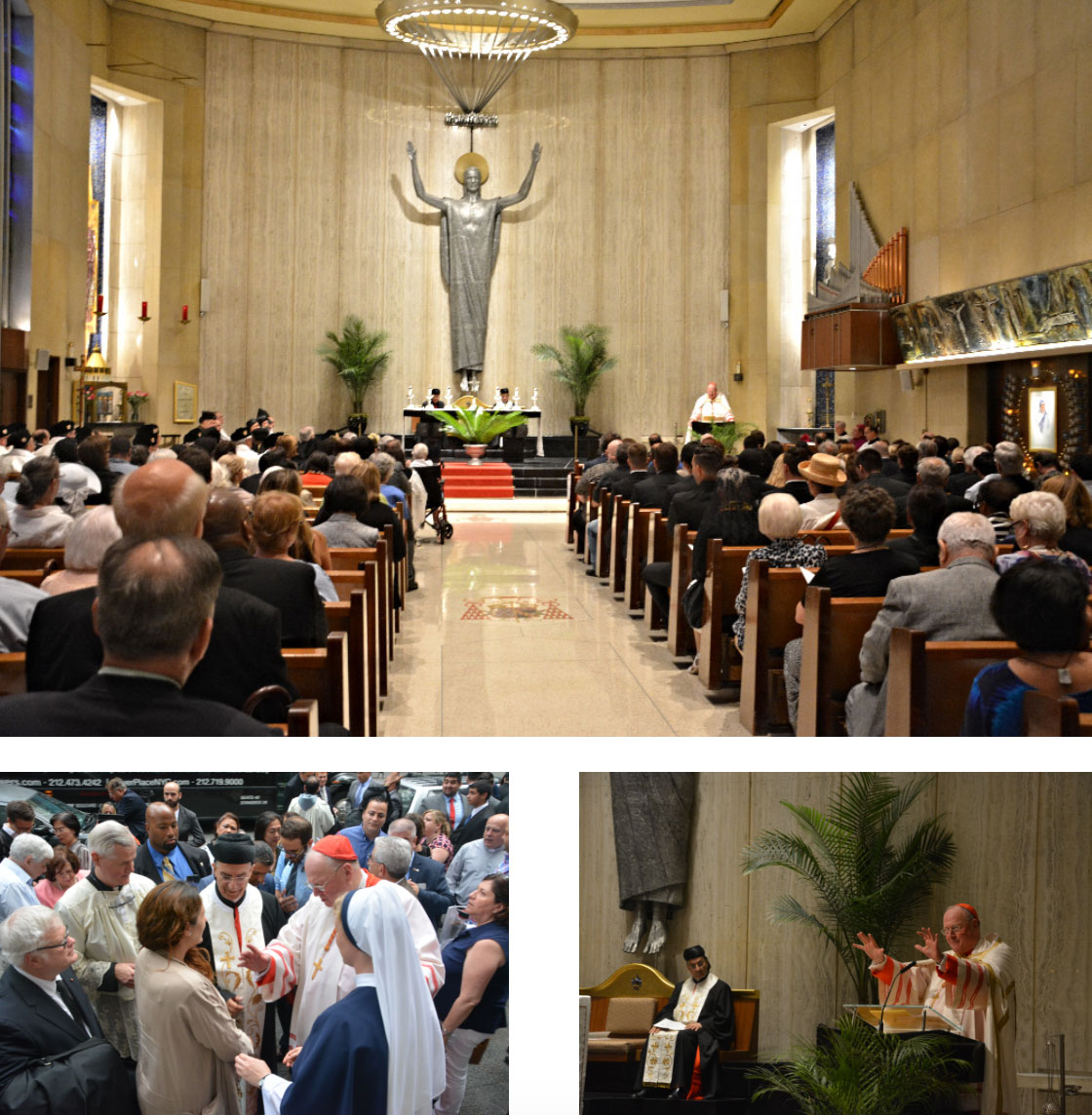 Eliminating the Trafficking of Children and Youth

The trafficking of persons is a crime that shames us all. Pope Francis has called it "a crime against humanity" and "an open wound on the body of contemporary society." It thrives on the silence and complicity of many sectors of society as well as on the desperation that many who live in poverty experience throughout their life. With false promises of a better life and financial security, traffickers lure innocent victims into a web of pain and suffering.

Of the 21 million people trafficked each year thoughout the world it is estimated that 5.5 million are children. They often experience intense suffering due to violence, exploitation and abuse at the hands of unscrupulous traffickers and employers. Trafficked children and youth can be found in prostitution, pornography, sex tourism, forced marriage, sweatshop work, begging, child soldiers and many sectors of agriculture. This needs to stop.

A panel of experts will address some of the key dimensions of this crime against children and youth that has led to trafficking and other forms of modern day slavery. Included in the discussion will be the following topics: