Our website is being upgraded and may show errors while we work. Please check back in a few hours.
Week of October 10, 2016

On October 11, the Permanent Observer Mission of the Holy See to the UN, gave an intervention before the Second Committee of the Seventy-First Session of the United Nations General Assembly on Agenda Item 19, dedicated to “Sustainable Development.”

In its statement, the Holy See said that the success of the 2030 Agenda for Sustainable Development hinges on going beyond economics, social and environmental parameters and placing the human person at the center. The person’s integral development includes moral, spiritual and religious dimensions as well. This will involve a paradigm shift in development thinking, placing the dignity of each person and the common good at the heart of planning, and involving especially the poor as active agents in development. Markets are important, but ethics is key to a well-ordered market economy, which is a mutually beneficial exchange rather than a contest of the survival of the fittest. Sustainable, integral development requires honest government and business leaders working together in a public-private partnership, it said.

The Advancement of Women
Third Committee

On October 10, the Permanent Observer Mission of the Holy See to the UN, gave an intervention before the Third Committee of the Seventy-First Session of the United Nations General Assembly on Agenda Item 27, dedicated to “The Advancement of Women.”

In its statement, the Holy See echoed Pope Francis’ joy that old forms of discrimination are disappearing and that there is a growing reciprocity within families, but expressed its alarm at the rates of physical, sexual and domestic violence against women. Domestic violence, it said, makes the family situation a breeding ground of resentment and hatred rather than a school of socialization. It also said that poverty has principally a female face and that women experience disproportionate economic distress due to unjust employment practices, unequal pay for equal work, lack of access to credit, property and technology. The Holy See stressed its support of the UN Secretary General’s recommendations to the reprehensible practice of female genital mutilations and noted the work of Catholic institutions and organizations to change the cultures that support it. It also underlined the need to battle against trafficking in persons and other forms of modern-day slavery, all rooted in a defective anthropology that allows others to be treated as objects.

Promotion and Protection of the Rights of Children
Third Committee

On October 13, the Permanent Observer Mission of the Holy See to the UN, gave an intervention before the Third Committee of the Seventy-First Session of the United Nations General Assembly on Agenda Item 64, dedicated to the “Promotion and Protection of the Rights of Children.”

In its statement, the Holy See welcomed recent data about the dramatic reductions in global child mortality rates and maternal mortality rates and about increased access to safe water and education. At the same time, it highlighted how much work needs still to be done as 16,000 children are dying each day, fifty million children have been displaced from their home as refugees, migrants or internally displaced, millions more are caught in situations of conflict, poverty, environmental vulnerability or child labor and trafficking. The Holy See said that it is urgent to collaborate to alleviate the sufferings of children caught in these snares.

On October 14, the Permanent Observer Mission of the Holy See to the UN, gave an intervention before the Sixth Committee of the Seventy-First Session of the United Nations General Assembly on Agenda Item 85, dedicated to “The scope and application of the principle of universal jurisdiction.”

In its statement, the Holy See said that universal jurisdiction, if it respects subsidiarity, can serve the common good by preventing impunity in cases of serious violations of international humanitarian rights that cannot be addressed by traditional bases of jurisdiction. Greater clarity is needed, however, to define when such universal jurisdiction could be exercised fairly and efficiently, while safeguarding the sovereignty of national legal systems and preventing uses of it. The Holy See urged continued discussion and debate toward forming an international consensus of experts.

The Encounter of Two Worlds
Organization of American States (OAS)

In his statement, Archbishop Auza described Pope Francis’ thoughts on the culture of “encounter” and how that culture is needed today in a world ravaged by violence, migration crises, drug and human trafficking, border disputes, extreme poverty, and other forms of human suffering. He mentioned that the first encounter between the “Old and New Worlds” has been overall a mutual enrichment and that everyone should be inspired by the lives of those heroes, from the Old and New Worlds, who placed fraternal service and encounter above subjugation and domination. He stated that the Holy See believes the OAS can make a difference to benefit the American Hemisphere through fostering dialogue among countries with unresolved disputes and strengthening the institutional capacities of Member states with fragile institutions.

Read his statement, delivered in Spanish, or the official English translation. 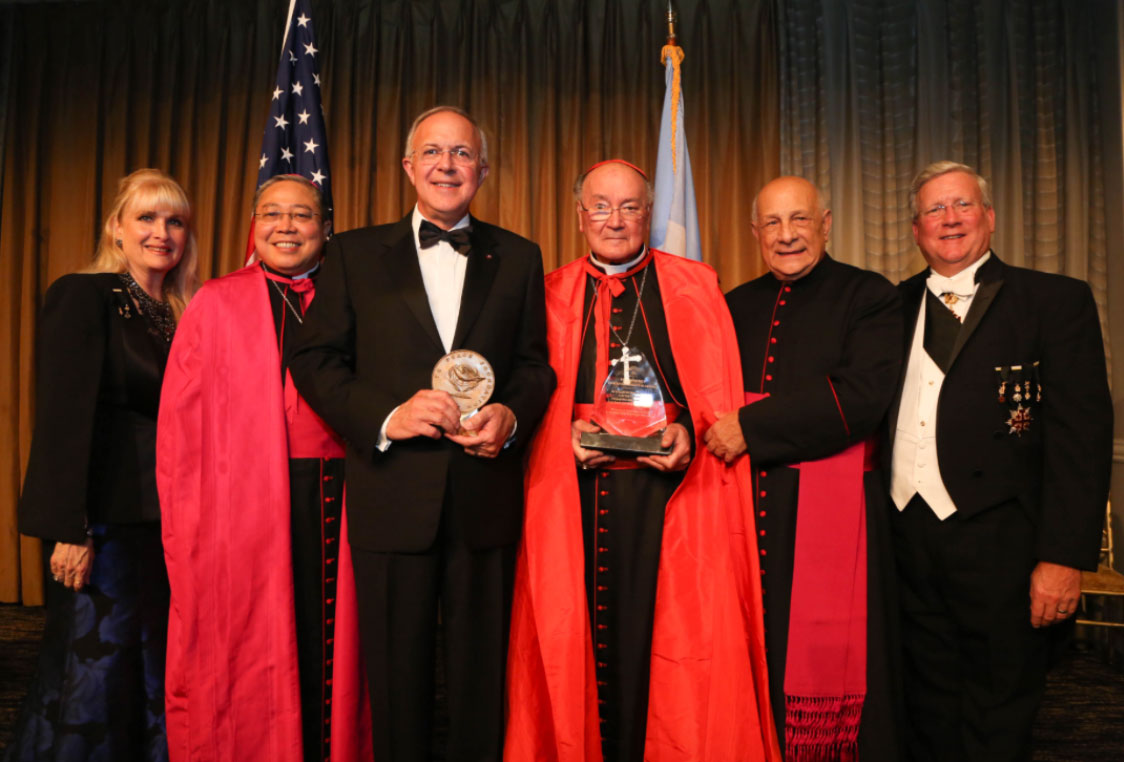 On the occasion of its 25th annual Gala Dinner on October 12, the Path to Peace Foundation presented the 2016 Path to Peace Award to the Knights of Columbus and Supreme Knight Carl Anderson for their work on behalf of Christians in the Middle East, especially those persecuted by ISIS in Iraq and Syria.

Upon receiving the award, Anderson said, “The ones most deserving of an award, and of all the support we can give them, are the Christians in the Middle East, especially in Iraq and Syria. The Christian witness of mercy and forgiveness is the true path to peace in the Middle East.”

Anderson led the Knights of Columbus as they advocated for the U.S. Congress and State Department to recognize the persecution of Christians and other religious groups by ISIS as genocide.

“As Christians, we understood that our brothers and sisters in Christ who were being killed for their faith by ISIS were martyrs,” he said. “As citizens, we understood the importance of providing the proper legal definition for this slaughter, and the only adequate legal term was genocide.”

In addition to their advocacy work, the Knights of Columbus have directed millions of dollars to those forced to endure persecution or flee their homes due to the atrocities committed by ISIS.

In the presence of UN Ambassadors and diplomats, as well as Eastern Bishops and Priests, including Syriac Catholic Bishop Yousif Habash and Maronite Bishop Gregory Mansour, who prayed the Invocation and Benediction, respectively, Supreme Knight Anderson called the international community to follow suit in supporting persecuted communities in the Middle East.

“For two thousand years these Christians have lived heroically,” he said. “Either Christianity will survive and offer a witness of forgiveness, charity and mercy, or it will disappear, impoverishing the region religiously, ethnically and culturally.” 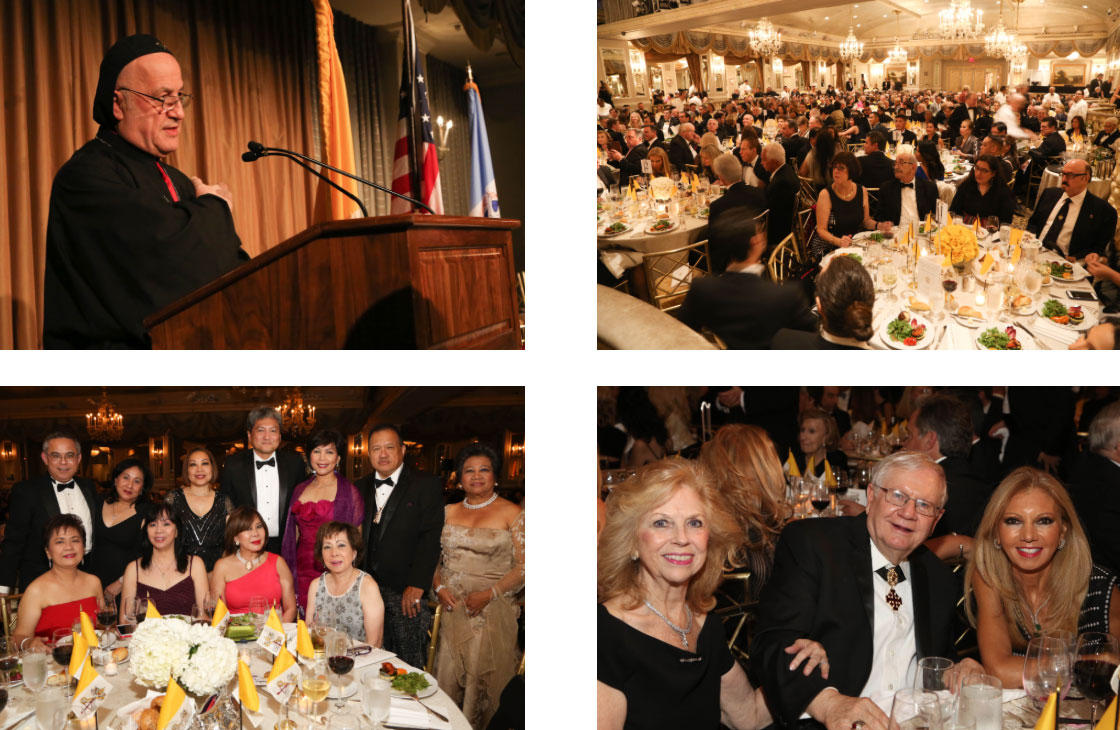 See more photos on the Path to Peace Facebook page. 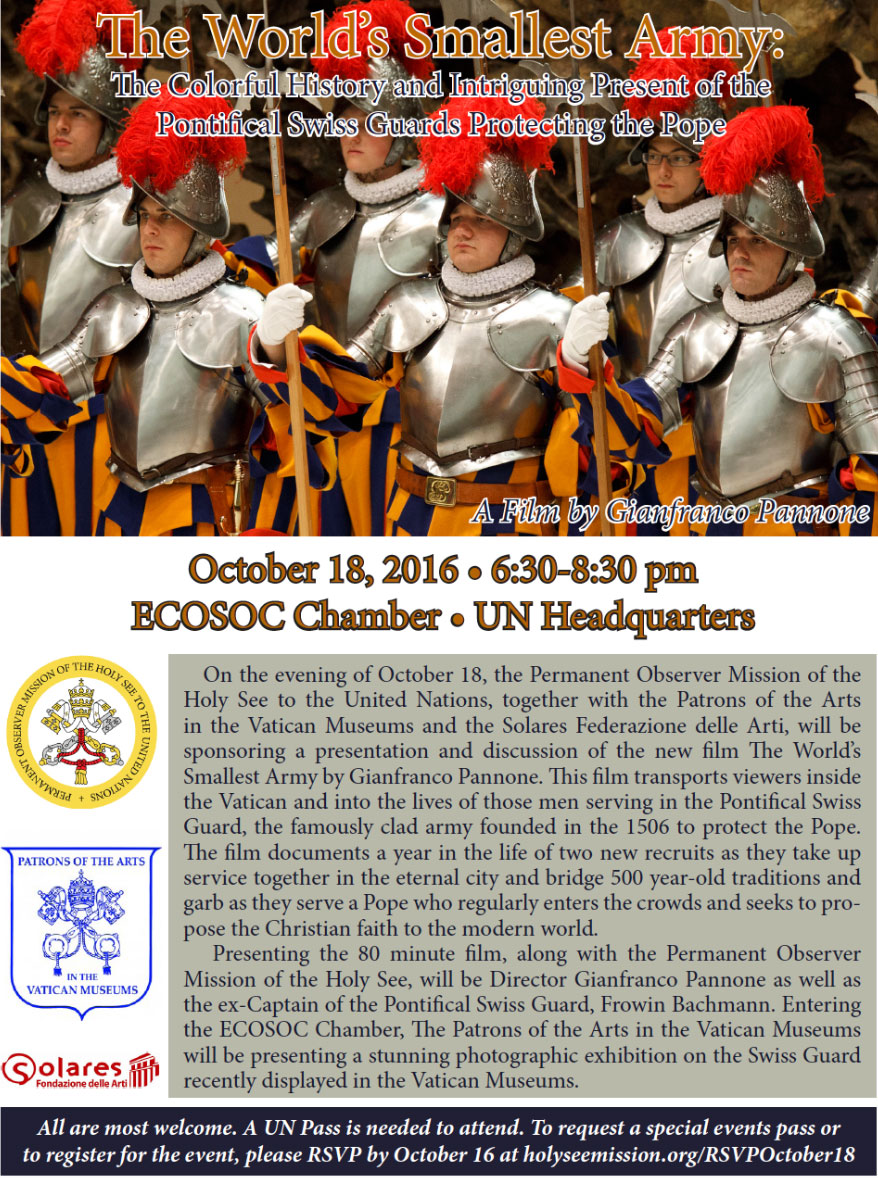