Our website is being upgraded and may show errors while we work. Please check back in a few hours.
Week of January 16, 2017 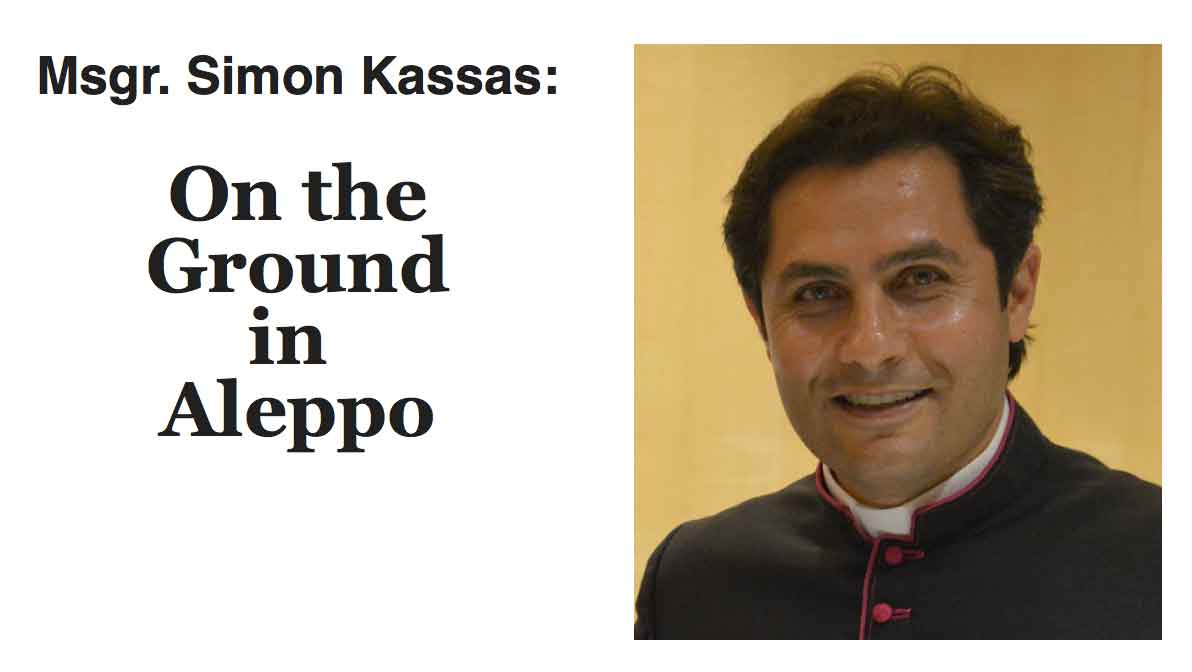 On a recent trip home to his native country Lebanon for Christmas, Msgr. Simon Kassas, First Secretary of the Holy See Mission to the UN, was able to visit Christian communities in Aleppo, Syria and assess the wreckage of many churches destroyed in the six-year conflict. 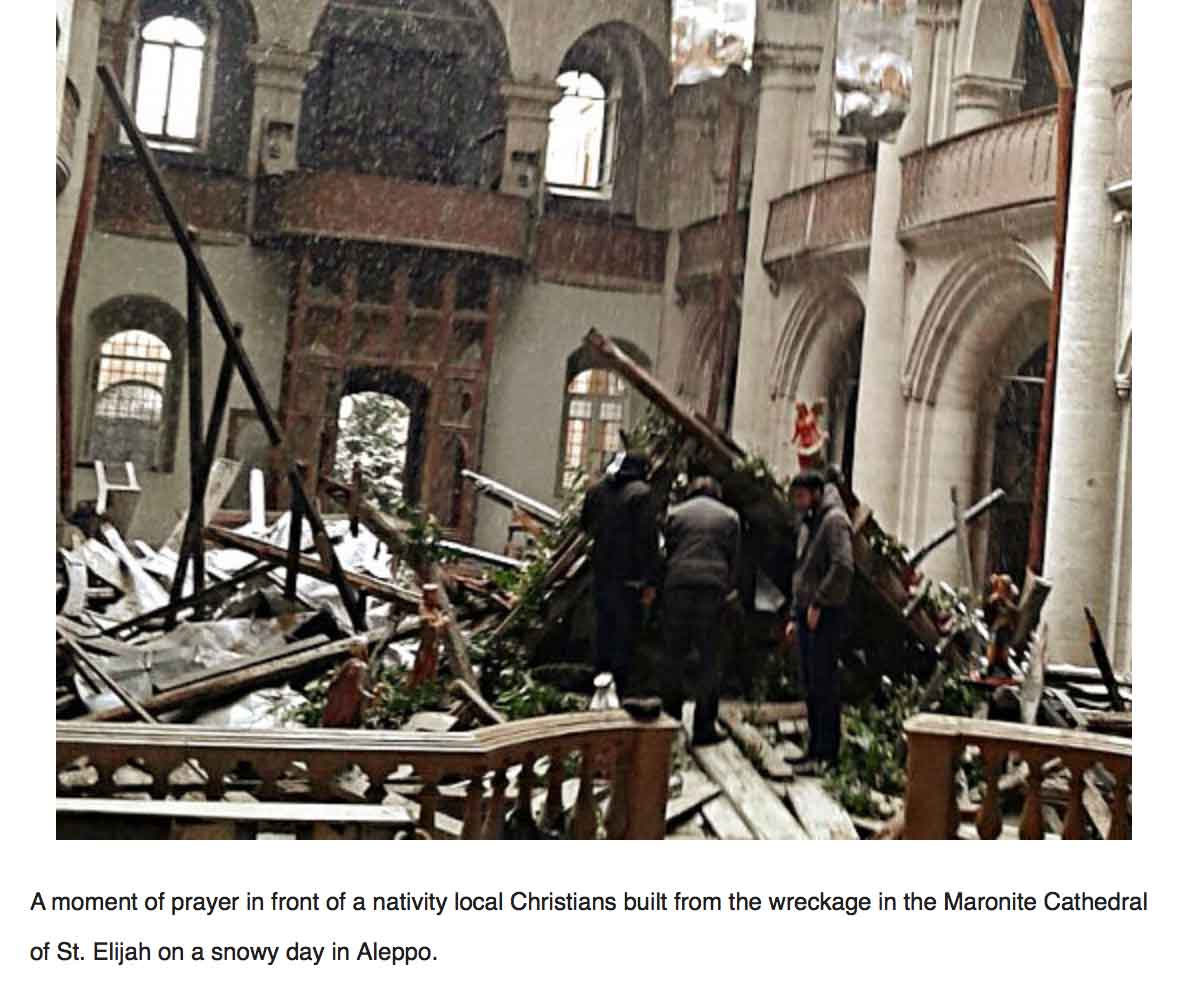 Q: Monsignor, you were in Aleppo during your visit home to Lebanon over the Christmas season. How did the visit come about?
The question of refugees and the question of the presence of Christians in the Middle East is very important to me.  I don’t just follow the issue at the Security Council, but it is very close to my heart.  I come from a region of war and instability. When I was 5 years old, my village was attacked and I had to move to another city so I experienced similar suffering. When I visited my family in Lebanon for the holiday, I wanted to also visit my brothers and sisters in Aleppo.

Q: How are the people handling the situation of the bombardment?
The Christians suffer so much, but they live in hope and faith. They are attached to their country and their presence in Syria as Christians. But they have lost a lot. Can you imagine the way they lived before? The economic situation for the Christians before the conflict was not bad. They had good education, strong communities and businesses, but now they have lost everything. Families have seen their houses destroyed. They have no work and children cannot go to school. Before, whole village would meet at the church every Sunday and celebrate Mass, but now the churches have been destroyed. As you know, the war has created instability, but learning how to live in this instability is a big challenge. Many people left at the beginning of the war. The ones who stayed do not know if they can continue life there or not.

Q: What specific needs do the Christians in Syria have?
The big concern is how truly to help Christian in the Middle East. If it continues like this, in several years there will be no Christians in the Middle East. This is a big concern for me, especially since they are among the first communities of Christians. You see the image of the Gospel in them. They live the same faith as the first Christians. They preserve the same tradition. The churches need to be reconstructed to preserve this unique tradition in the Middle East. They need a safe place to practice their faith. Right now, the local Church needs support to build the churches and tend to the material needs of the Christians. The pastors and religious communities there have remained with their people and are to helping take care of them. It is like the image in the Gospel of the Good Shepherd with his flock.  And I see it with all the local Church communities: Maronite, Melkite, Armenian and Orthodox. Aleppo is really a center of ecumenism.

Q: What are the humanitarian needs of the Syrians?
They need money to survive, especially since many cannot work. They also need education. And another step is the physical presence of volunteers on the ground. They don’t need only UN workers and Caritas, but they need lay people to be with them and share their experience, to encourage them through solidarity. As the Astana talks on Syria start next week, we need to prepare to help the Christians by tending to their material needs and sending groups to work with them on the ground.


Q: How would you summarize the position of Pope Francis and the Holy See about the ongoing crisis in Syria?
For this we can look to the letter of Pope Francis to Bashar al-Assad, delivered by the Apostolic Nuncio to Damascus, Cardinal Zenari. In his letter, His Holiness stressed the dignity of the person. He underlined the need for the regime and all other parties to respect International Humanitarian Law: that whoever the person is, whether they are Muslim or Christian, their human dignity needs to be respected.  Pope Francis is suffering so much seeing this population, the first communities of Christians, suffer so much in this situation. For this reason, we see Pope Francis giving a lot of attention to the Middle East. This is where Christianity began, and if it ceases to exist there, what will happen to it in the West?

Q: What message do the Syrians want the world to hear?
They have had enough. Six years of war is enough. They are tired and they are suffering. It's also time to think about a new Syria. The International Community has a big duty and responsibility to help rebuild a new and stable Syria. People need peace. This peace must rest on the following pillars: respect for human life and for religious freedom, meaning the freedom to worship and to live according to the moral teachings of one’s religion; commitment to ensuring what each person requires for a dignified life, and to build the rule of law and justice. 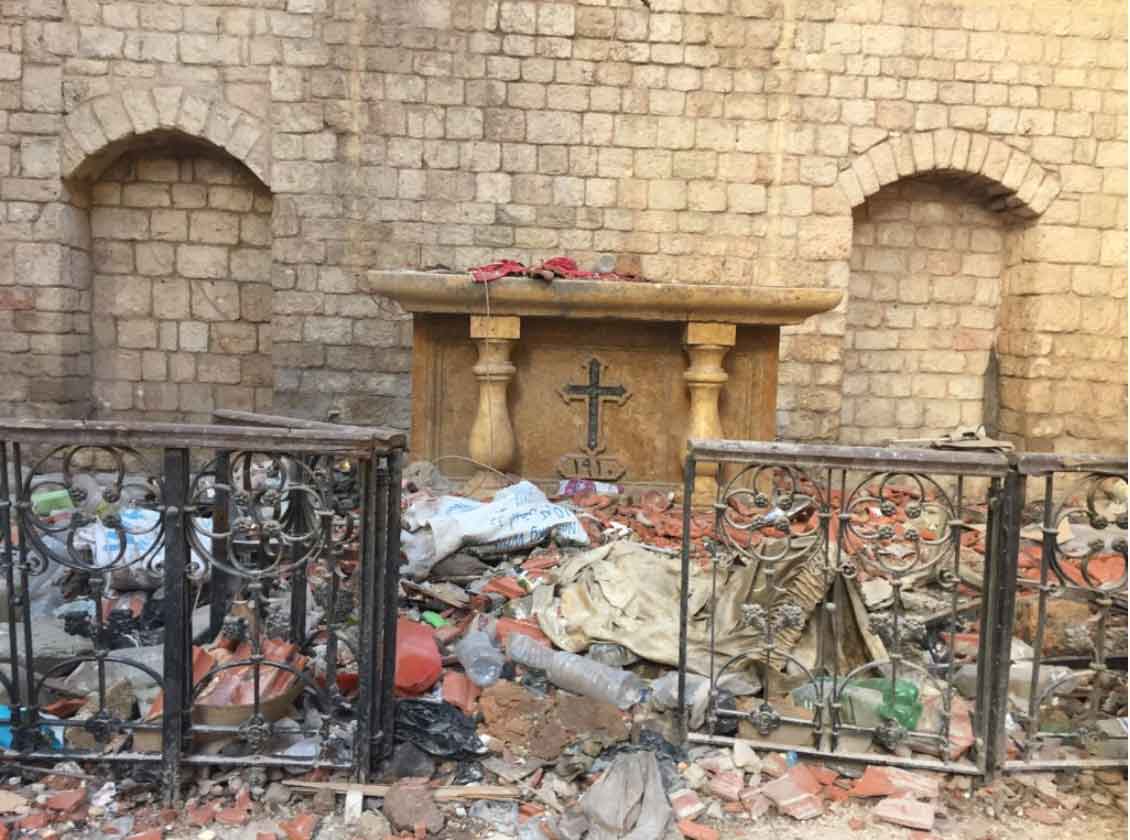 An altar at the Maronite Church of Our Lady stands amiid rubble and debris from the bombardment in the city of Hamideyi, Aleppo. 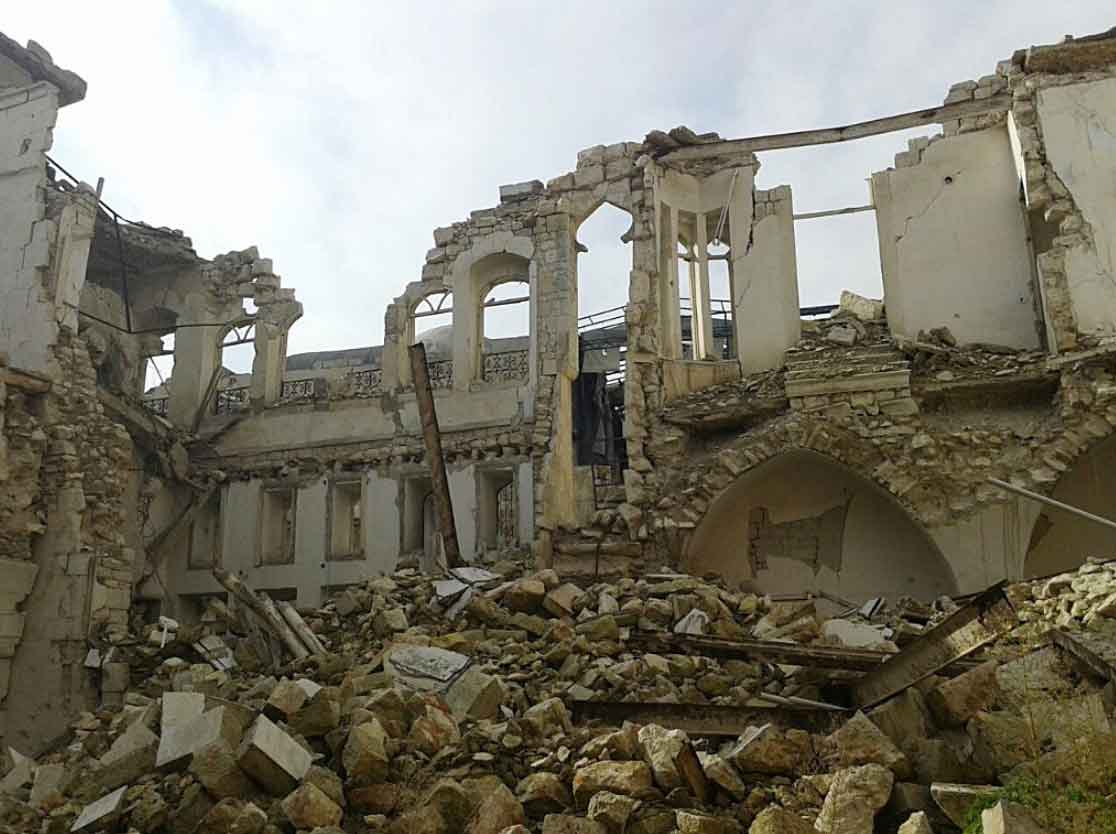 The Mar Assia Al-Hakim Syriac Catholic Church, built in Aleppo in 1500 AD was destroyed in the conflict on September 16, 2012.