Our website is being upgraded and may show errors while we work. Please check back in a few hours.
Week of May 1, 2017

The Church in Latin America plays a large role in caring for indigenous peoples  and the lands they inhabit, according to experts at a Holy See event.

On May 1, the Permanent Observer Mission of the Holy See to the UN, together with Caritas Internationalis and Pan-Amazon Ecclesial Network (REPAM), hosted a side event entitled “Indigenous Communities Accompanied by Faith Based organizations” to highlight the role of the Catholic Church in working towards the integral human development of indigenous peoples in Latin America.

“He has sought to be a voice to the way their lands, their culture, their rights and their dignity are often overlooked or even trampled for the narrow economic interests of others,” Archbishop Auza said. “He said that the Church’s presence in the Amazon is, unlike some others, ‘not that of someone with bags packed and ready to leave after having exploited everything possible.’”

He noted the interwoven relationship indigenous peoples have with their environment, and called attention to governments’ responsibility to protect their ecosystems, including the people that inhabit them.

Echoing the words of Pope Francis in Laudato Si’, Archbishop Auza said, “We must draw public attention to these issues, offer critical cooperation, employ legitimate means of pressure and help each government to carry out its proper and inalienable responsibility to preserve its country’s environment and natural resources, without capitulating to spurious local or international interests.”

Victoria Tauli-Corpuz, Special Rapporteur on the Rights of Indigenous Peoples, said the Church’s promotion of social justice is crucial in helping indigenous peoples protect land and resources. She expressed gratitude towards Pope Francis for his commitment to indigenous communities.

Bishop Gustavo Rodriguez, the Archbishop of Yucatan, Mexico, and President of the Justice and Solidarity Department of the Conferences of Bishops of Latin America (CELAM), highlighted the many ways the Catholic Church in Latin America supports justice, charity, peace and the human dignity of those they serve. He said REPAM, which is an initiative of the conferences of bishops from the nine countries that include the Amazon, strives to raise awareness that preserving the Amazon is important for all of humanity. He noted that a major part of its mission is to serve the integral ecology of the region and to provide pastoral care for all its inhabitants.

Mauricio Lopez Oropeza, Executive Secretary of REPAM and Caritas Ecuador, said the organization works to coordinate the efforts of the Catholic Church to promote sustainable care of the Amazon region by supporting the integral human development of its inhabitants, especially the indigenous, and by promoting responsible care of the environment. He urged government leaders to promote policies that harmonize respect for human rights and the environment, while also striving for economic progress and development, noting the special role indigenous peoples have in caring for the environment.

“Indigenous peoples and Amazonian communities, whose ties to our common home … along with their identity-forming values and sacred world view, transform them into guardians of nature and its resources,” he said. “In them, one finds the wisdom and vision of an authentic development that looks to better, in a holistic way, the quality of human life.”

Cacique Juarez Munduruku, Chief of the Sawre Muybu village in Brazil, said the main concern indigenous people of the Brazilian Amazon is to ensure their homeland and territories are protected.

“We know the Catholic Church is a friend to the Brazilian people and to indigenous peoples,” he said. “We want to ask you to help us in this struggle so that our children might grow and play in peace.” 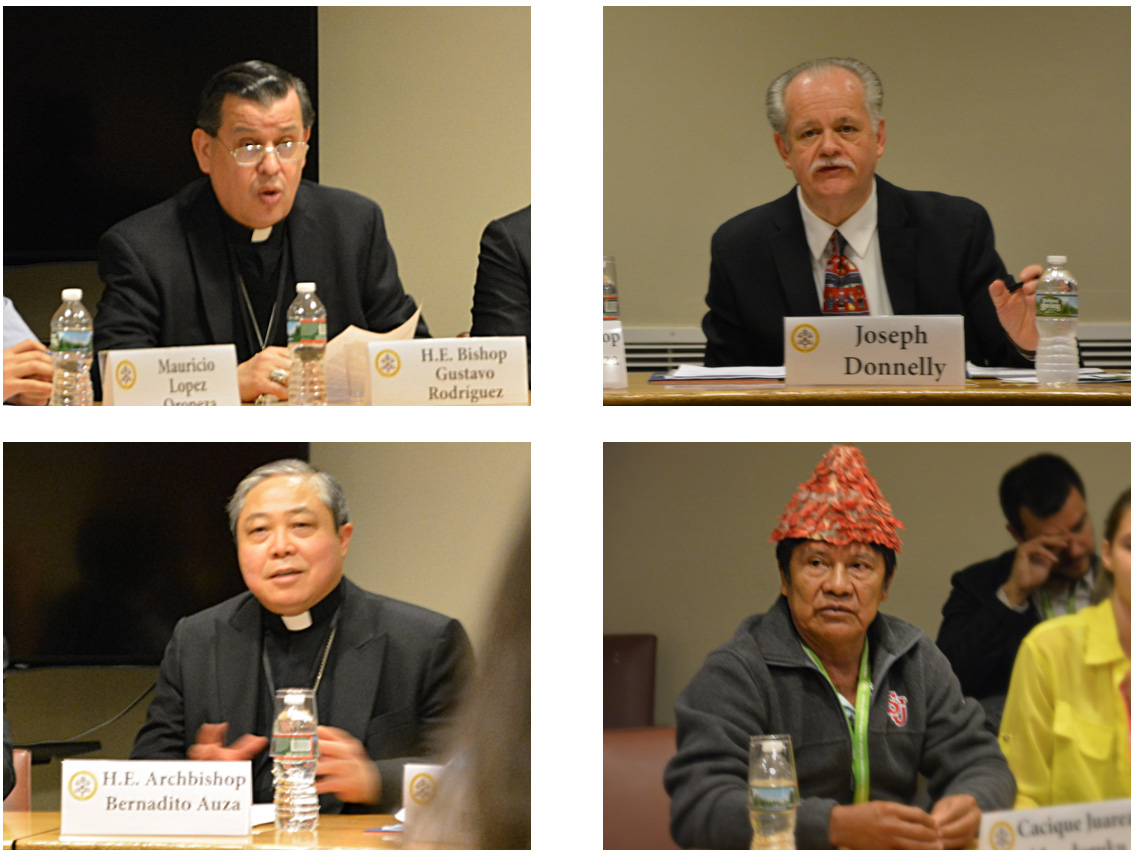 Thank you for your interest in our conferences and events. These are the events for which we are presently taking sign-ups. Please contact event@holyseemission.org for more information.

May 22: Ensuring the Right of all to Remain in Dignity, Peace and Security in their Country of Origin

RSVP by May 18 at holyseemission.org/rsvpMay22