Our website is being upgraded and may show errors while we work. Please check back in a few hours.
Week of July 17, 2017
By H. E. Archbishop Bernardito AuzaApostolic Nuncio and Permanent Observer of the Holy See to the United Nations

On July 17, Archbishop Bernardito Auza, Permanent Observer of the Holy See Mission to the United Nations, delivered an intervention on the theme of "Mobilizing Religious Communities to Act with Solidarity and Shared Responsibility to End Poverty and Promote Peace" at a side Event hosted by Religions for Peace during the 2017 High Level Political Forum.
In his statement, Archbishop Auza highlighted the ethical basis for development, and said members of religious communities and faith-based organizations who work on the ground to promote peace, provide healthcare and healthcare, uphold the dignity of women, care for the environment, and alleviate poverty, serve as the leaven for the implementation of the Sustainable Development Goals (SDGs).  He called for religious leaders to partner with one another, as well as the international community, to implement the SDGs with the human person at the center.

A Dialogue on the
Role of Religion in Peace 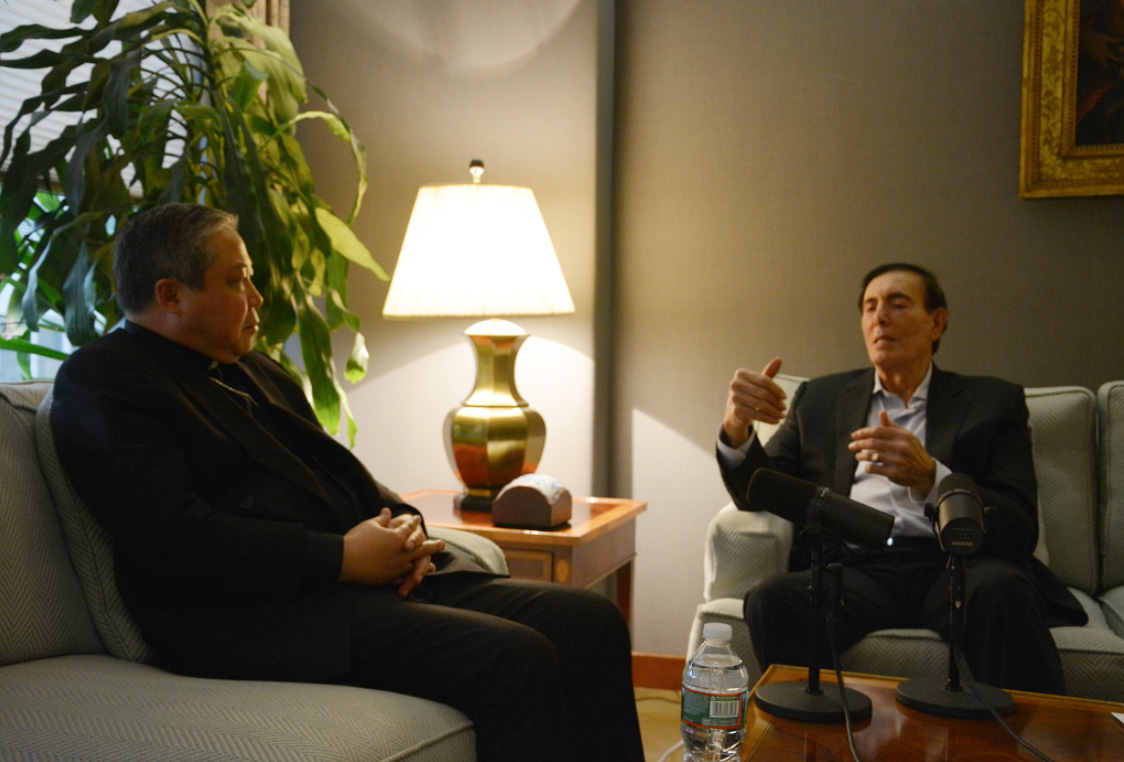 On July 9th, Dr. Alon Ben Meir, Professor and Senior Fellow at New York University’s Center for Global Affairs and Senior Fellow at the World Policy Institute, published an interview with Archbishop Auza from his radio show, "Global Leaders: Conversations with Alon Ben-Meir." Dr. Ben-Meir is an expert on Middle East politics and affairs and his show features conversations and debates with world leaders.

On the radio program, Archbishop Auza and Professor Ben-Meir discuss the fight against terrorism and against the propaganda spread by religious extremists. They agree that religious leaders have a role in promoting peace in their communities and discuss the importance of interreligious dialogue in achieving peace, noting the common threads between Christianity, Judaism and Islam.  They also discuss the importance of religious freedom and Pope Francis' efforts to promote peace in the Middle East. Archbishop Auza and Professor Ben-Meir end their conversation in common agreement that world peace starts with the transformation of the human heart.

A transcription of the interview can be found here.

Annual Prayer Service on the Occasion of the Opening of the 72nd Session of the United Nations General Assembly
September 11, 2017 | 6 p.m.
Church of the Holy Family | 315 East 47th Street, New York