Our website is being upgraded and may show errors while we work. Please check back in a few hours.
Week of November 20, 2017

This week the Holy See Mission delivered 1 statement at the UN.

On November 21, the Permanent Observer Mission of the Holy See to the United Nations gave an intervention during Security Council Open Debate on "Maintenance of International Peace and Security: Trafficking in Persons in Conflict Situations."

In its statement, the Holy See called for the international community to work towards the eradication of slavery by confronting all of its economic, environmental, political and ethical root causes, emphasizing the importance of preventing and ending the wars and conflicts that create conditions for traffickers to exploit victims. As long as wars and conflicts rage, trafficking in persons for sexual exploitation, forced labor and similar crimes will continue to flourish. The Holy See said that migrants and refugees are particularly vulnerable targets of traffickers. It called on States and religious organizations to work in collaboration to eradicate human trafficking and modern slavery in all its forms, and expressed appreciation for the leaders and followers of various religions who care for those who are forced to live in slave-like conditions. 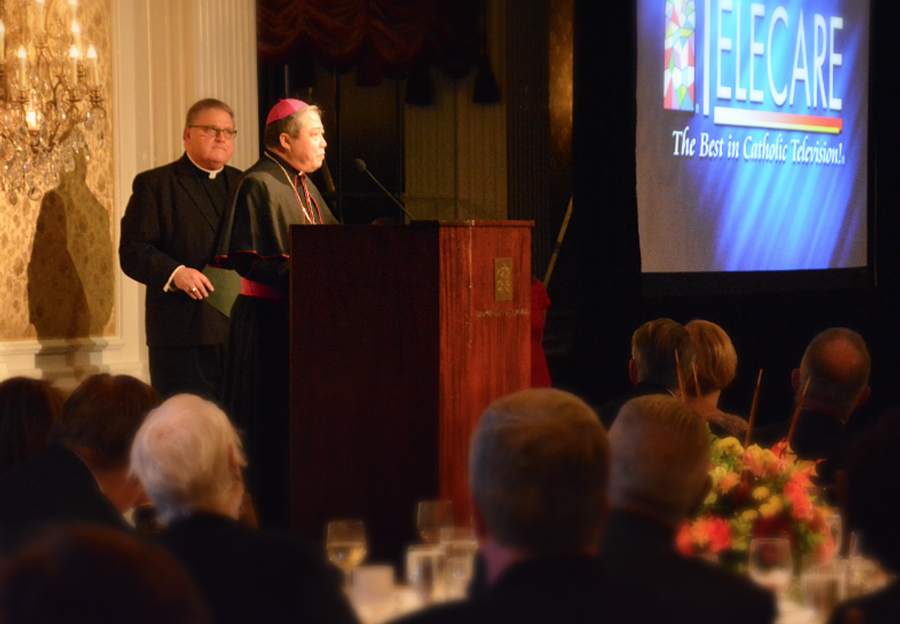 On November 21, Catholic broadcast media organization Telecare, based in the Diocese of Rockville Centre, honored Archbishop Bernardito Auza with the Telecare Award of Excellence as a Religious Leader.  In his acceptance speech Archbishop Auza said that for the past 48 years, Telecare has had the profound privilege and responsibility of reaching people who may not otherwise encounter the message of the Church, and how it is fulfilling Pope Francis' call for all peoples and institutions in the Church to act as a missionaries, spreading hope and joy in the midst of despair and sadness and promoting love of God and love of neighbor. He said that he was humbled to receive the award, which he said came to him because he is like a “trumpet” before the international community at the United Nations playing the tune of the Church and of Pope Francis.

Archbishop Auza received the award along with Lawrence Bossidy, the retired Chairman of the Board and CEO of Honeywell International Inc., who was honored with a Telecare Award of Excellence as a Business Leader.