Our website is being upgraded and may show errors while we work. Please check back in a few hours.
Week of February 5, 2018

Informal briefing on negotiations for the Global Compact for Safe, Orderly and Regular Migration

The first draft of the Global Compact for Migration (GCM) was presented on February 5 at the informal briefing led by the co-facilitators of the intergovernmental conference and its preparatory process to adopt a global compact for safe, orderly and regular migration, H.E. Jürg Lauber the Permanent Representative of Switzerland and H.E. Juan José Gómez Camacho, Permanent Representative of México.

During the briefing, the co-facilitators explained that the draft was influenced significantly by the final report from the stocktaking meeting that took in place in Puerto Vallarta during phase II of intergovernmental process. The co-facilitators emphasized that the draft reflects Member State interventions made during that phase, striking a careful balance. The draft is also careful to reflect a “common sense of purpose” that can be shared by all Member States. In addition, it seeks to address migration holistically, taking in every possible angle, challenge and concern expressed.

The draft itself is broken down into four sections. The preamble contains the common vision for the compact as well as 10 guiding principles that form its foundation. This is followed by a third section on the cooperative framework, which lists 22 objectives that include actionable commitments, moving from the principles laid out in the New York Declaration toward concrete proposals and policies for State led implementation. The document then ends with a section suggesting possible Means of Implementation (MOI) as well as mechanisms for the Follow-up and Review of the GCM.

The Holy See's Intervention can be found here.

Archbishop Auza was in Rome today to meet with Pope Francis along with other members of the Santa Marta Group, an international association of police chiefs and religious leaders to collaborate in the fight against human trafficking. The Permanent Observer Mission of the Holy See to the UN and the Santa Marta Group have collaborated multiple times to host events on human trafficking and all forms of modern slavery at the UN. We print the Holy Father’s words from earlier today below.

Greeting of His Holiness Pope Francis
To Members of the “Santa Marta Group”
Friday, 9 February 2018

I am happy to greet you, the members of the Santa Marta Group, at the conclusion of your Conference, which is devoted this year to providing a worldwide perspective on human trafficking and modern slavery.  As leaders in law enforcement, research and public policy, and pastoral assistance, you offer an essential contribution to addressing the causes and effects of this modern-day scourge, which continues to cause untold human suffering.

It is my hope that these days of reflection and shared experiences have brought into clearer light the interplay between the global and local aspects of human trafficking.  Experience shows that such modern forms of slavery are far more widespread than previously imagined, even – to our scandal and shame –within the most prosperous of our societies.

God’s cry to Cain, found in the first pages of the Bible – “Where is your brother?” – challenges us to examine seriously the various forms of complicity by which society tolerates, and encourages, particularly with regard to the sex trade, the exploitation of vulnerable men, women and children (cf. Evangelii Gaudium, 211).  Initiatives to combat human trafficking, while concretely aimed at dismantling criminal structures, must increasingly consider broader issues associated, for example, with the responsible use of technology and the communications media, to say nothing of exploring the ethical implications of models of economic growth that privilege profit over persons.

I trust that your discussions in these days will also help to raise awareness of the growing need to support victims of these crimes by accompanying them on a path of reintegration into society and the recovery of their human dignity.  The Church is grateful for every effort made to bring the balm of God’s mercy to the suffering, for this also represents an essential step in the healing and renewal of society as a whole.

Dear friends, with gratitude for your commitment and cooperation in this vital area, I offer my prayerful best wishes for your continued work.  Upon you and your families, and upon all those whom you serve, I invoke the Lord’s blessings of wisdom, strength and peace.  And I ask you, please, to remember to pray for me. 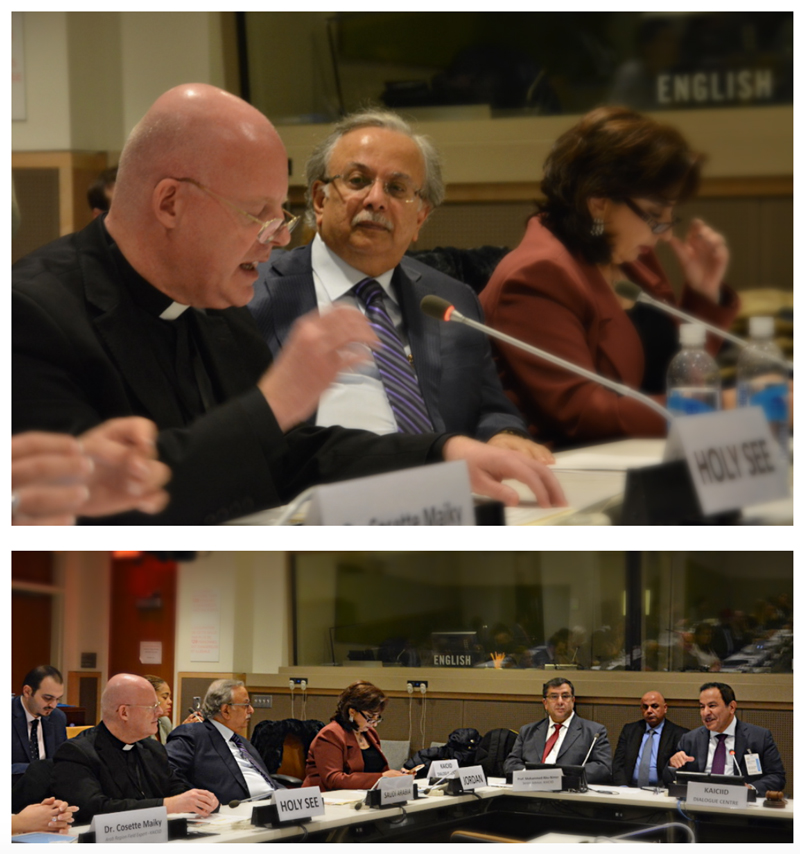 On February 8, the Permanent Observer Mission of the Holy See to the UN joined the Permanent Missions of Austria, Jordan, Saudi Arabia, and Spain along with UNICEF and the International Dialogue Center (KAICIID) at a side event entitled "Expanding Social Media as a Space for Constructive Encounter for Young People."

UNICEF and KAICIID organized the event to raise awareness of social media’s importance in promoting pluralism, diversity, and peace, as well as about the challenges young people face in avoiding social media’s dangers.

In his remarks, Msgr. Tomasz Grysa, First Counsellor and chargé d'affaires a.i. of the Holy See Mission, echoed the sentiments of the Holy Father's 2018 Message for World Communications Day, which was released two weeks prior.

Msgr. Grysa said that at its worst, social media can be misused to manipulate people, influence political decisions, serve selfish interests, stoke common social prejudices, discredit and demonize others, and exploit contempt, anger and frustration, and instigate conflict, which is especially demonstrated by the troubling phenomenon of “fake news.” The remedy for this, Msgr. Grysa said, is to not allow advancements in technology to cheapen and destroy human interaction, but to employ them as tools that facilitate authentic human connections and a culture of encounter.

“Social media can be an enormous force for good,” Msgr. Grysa said. “They have the potential to bring us closer to one another, to get to know each other better, to create a sense of unity and inspire solidarity. But they can also be used to divide, to mock, to deceive and to recruit and train others for evil.”

Other panelists and participants highlighted the important role religious figures have in influencing young minds through social media, especially to encourage adherents to integrate peacefully with other religious and ethnic groups as well as to counteract the false messages malicious groups spread through social media to incite violence.

Faisal Bin Muaammar, Secretary General of KAICIID said, “Religious leaders are influencers and community leaders. We must empower them to take on this role in the digital sphere. We must provide young people guidance on how to live in peace with their neighbors by using these media to popularize dialogue and common citizenship education.” 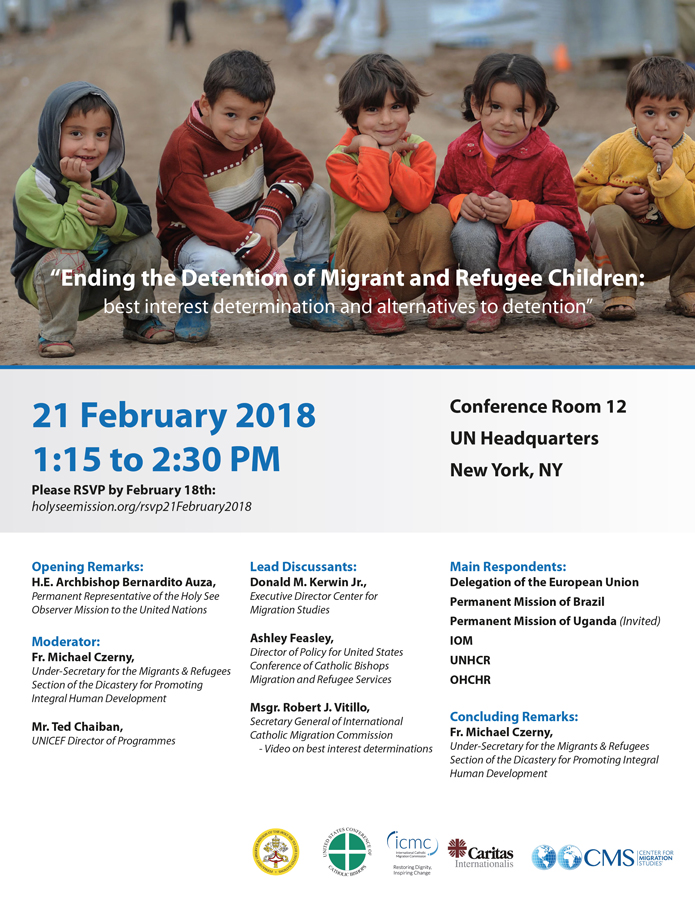 RSVP by February 18 at holyseemission.org/rsvp21February2018 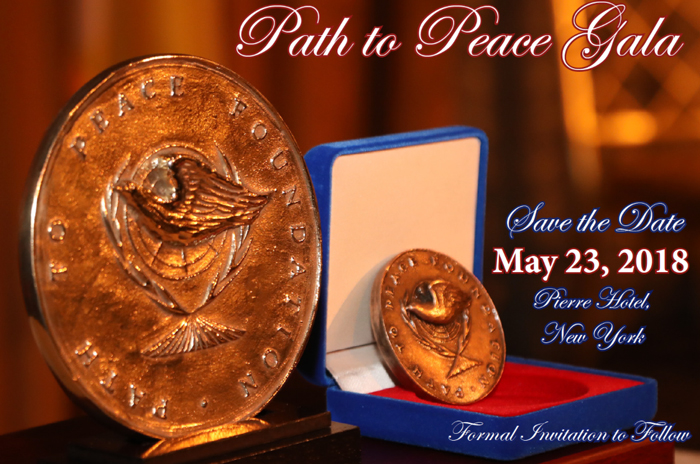