Our website is being upgraded and may show errors while we work. Please check back in a few hours.
August 31, 2018

Open Debate on Mediation
and Settlement of Disputes 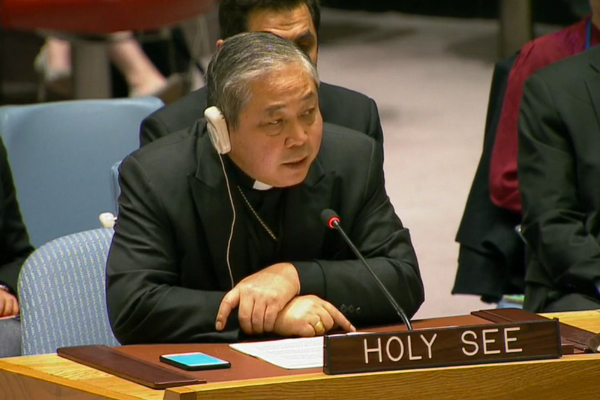 On August 29, Archbishop Bernardito Auza, Permanent Observer of the Holy See to the UN, gave a statement during the Security Council Open Debate dedicated to the Mediation and Settlement of Disputes.

In his statement, Archbishop Auza praised the role of patient dialogue and negotiation as a tool for the settlement of disputes and called for such mediation to be fair and impartial. He noted the role of the Holy See in helping to settle the 1978 dispute between Argentina and Chile, which has contributed to long-term peace between the countries. He also emphasized the importance of leaders and negotiators working alongside the local communities most impacted by disputes to reach solutions that lead to lasting peace. "Conflicts leave very deep wounds," he said, "and an inclusive, participatory process of mediation and resolution of disputes is essential to the process of healing and reconciliation that continue long after the ink is dry."

You are Cordially Invited to the Annual Prayer Service 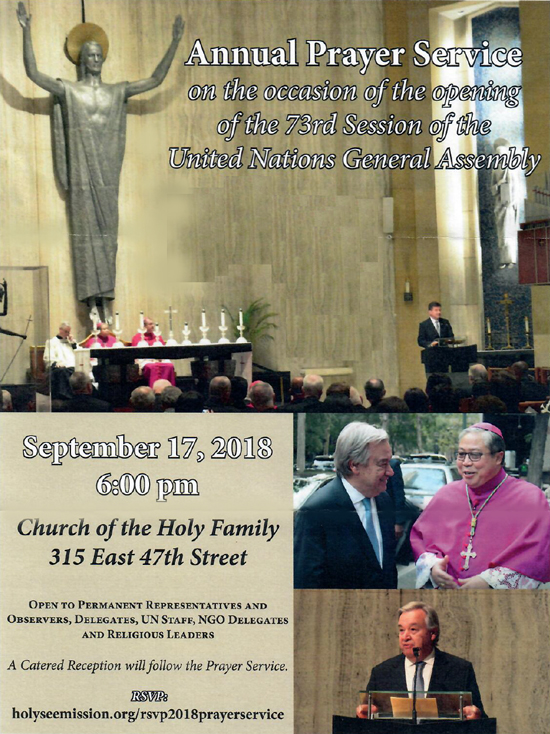 Archbishop Luis Castro Quiroga of Colombia, the former President of the Colombian Bishops Conference and one of the leaders in the Colombian Peace Process, will give a brief meditation. As customary, we have also invited the Secretary General and the President-elect of the 73rd Session of the General Assembly to participate and give brief remarks.