Our website is being upgraded and may show errors while we work. Please check back in a few hours.
September 22, 2018 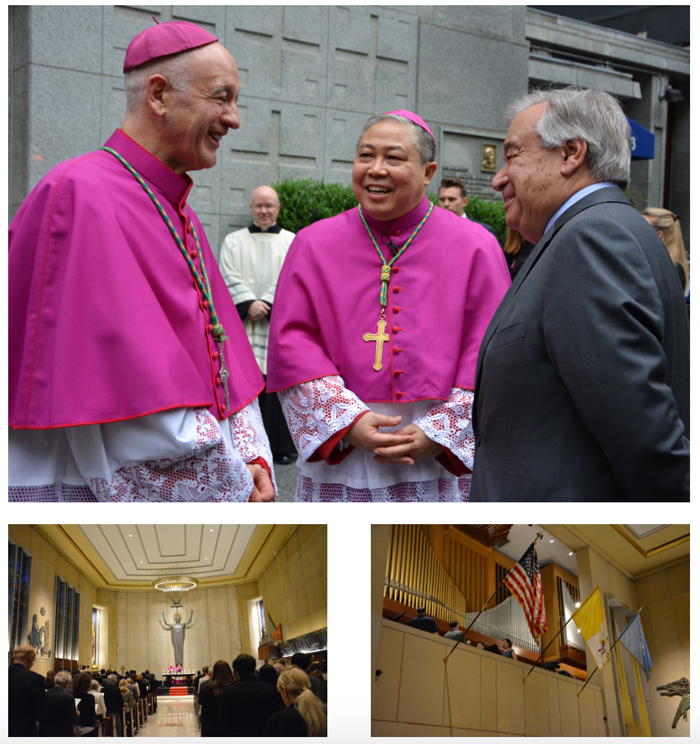 Above, Permanent Observer of the Holy See Mission to the UN, Archbishop Bernardito Auza, and Archbishop Luis Castro Quiroga of Tunja, Colombia, greet UN Secretary General António Guterres. Below, the crowd of diplomats, UN personnel and religious community join the choir in praying for peace.
On September 17, a crowd of more than 300 diplomats, religious leaders, UN personnel, and  members of the general public gathered at the Church of the Holy Family for the Prayer Service to mark the opening of the 73rd Session of the General Assembly, an event the Permanent Observer Mission of the Holy See to the UN, together with the Archdiocese of New York, has been hosting annually since 1987 in thanksgiving of the accomplishments of the closing session and to ask for God’s intercession for the new session of the General Assembly.

Archbishop Bernardito Auza, Permanent Observer of the Holy See Mission to the UN, set the tone by beginning with a prayer for peace taken from the words Pope Francis prayed in the presence of Shimon Peres of Israel and Mahmoud Abbas of Palestine in June 2014.

“We have tried so many times and over so many years to resolve our conflicts by our own powers and by the force of our arms, but our efforts have been in vain,” Archbishop Auza prayed. “Instill in our hearts the courage to take concrete steps to achieve peace.”

Archbishop Luis Castro Quiroga of Tunja, Colombia, who delivered the meditation, shared his experience taking these concrete steps to achieve peace as President of the Colombian Bishops Conference while the negotiations for the peace process between the Colombian Government and the Revolutionary Armed Forces of Colombia (FARC) were taking place, and said that dialogue, truth, justice and mercy are key pillars for peace.

“In Colombia, the dialogue finally led to a peace agreement,” Archbishop Castro said. “Real peace cannot be imposed by force. Peace begins to come alive and to take shape at the negotiating table with a sincere and truthful dialogue.”

He noted that during Pope Francis’ 2017 to Colombia, the Pontiff used the word “peace” 42 times. This peace, Archbishop Castro said, is possible with the Christian ideals of simultaneous justice and mercy.

“For justice to be true justice, it should have something more than strict penal justice; that something more is mercy. Justice with mercy makes possible the transition from war to peace,” Archbishop Castro said,  insisting that forgiveness and reconciliation are key elements in the peacebuilding process for countries that have experienced decades of war. 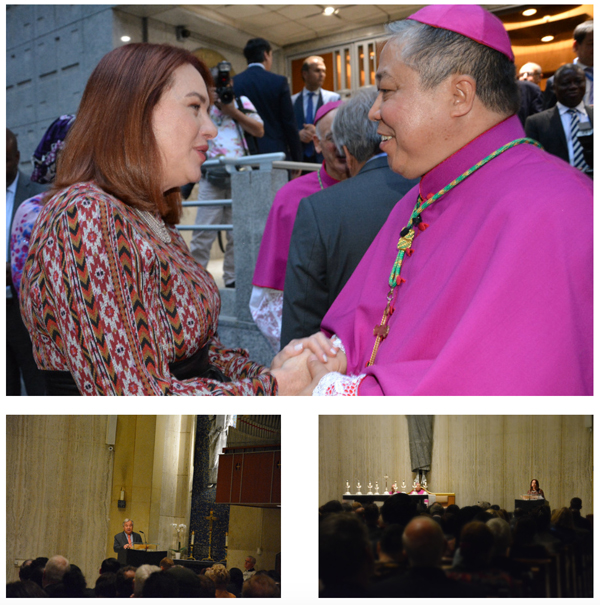 UN Secretary General António Guterres praised Archbishop Castro’s role in the Colombian Peace Process, along with the role the people of Colombia have taken.

“Peace in Colombia was, first and foremost, an accomplishment by and for the people of that country,” Guterres said, and gives the “message that peace is possible, that war is not inevitable.”

Guterres said the peace process in Colombia can be a model for conflicts and unrest taking place in the rest of the world.

“It has instilled hope in others who are suffering crisis and conflicts and it has surely inspired all of us to consider what more we can do to build peace and to prevent conflicts,” he said.

Guterres also called the international community to seize opportunities for building lasting peace and to find lasting solutions for the world’s violent conflicts, climate change, the spread of nuclear weapons and the growing scourge of inequality.

Hours after being sworn in as President of the 73rd session of the General Assembly, Her Excellency María Fernanda Espinosa Garcés of Ecuador emphasized the plight of migrants and refugees, especially those on the move due to conflict, and called for careful and full implementation of the Global Compact for Safe, Orderly and Regular Migration and of the Global Compact for Refugees, which will both be formally adopted by the international community during her presidency.

“Humanity has been on the move since the dawn of times, bringing with it a richness and diversity,”  President Espinosa said. "But the movement of people that comes about as a result of suffering and violence has to be addressed,” noting that the collective responsibility of the international community to find lasting solutions to prevent the conflicts that force so many to flee their homelands.

“There can be no solutions in isolation. I ask that we come together as global leaders, of all faiths, in a common quest and bound together by a brave, outward looking, confident outlook,” she said.

More photos of the Prayer Service can be found on the Holy See Mission Facebook Page. 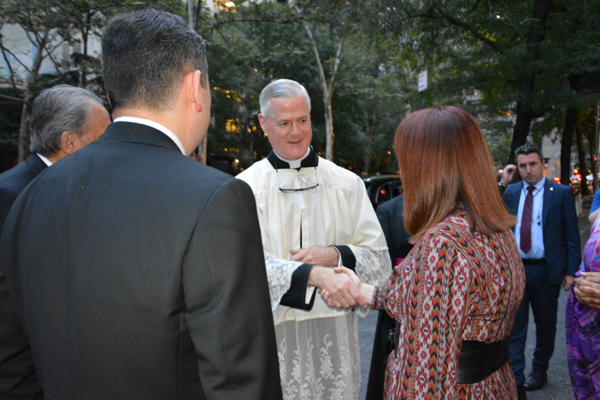 In his welcoming remarks, Fr. Gerald Murray, Pastor of the Church of the Holy Family, pictured above, greeting the President of the General Assembly, prayed for God to “pour out His inspirational guidance to secure a world of peace and justice.” 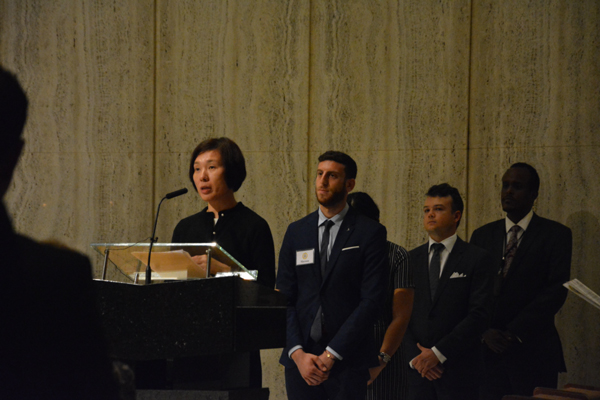 During the Prayer Service, prayers are delivered in the six official UN languages: English, Chinese, Arabic, Russian, Spanish and French.