Our website is being upgraded and may show errors while we work. Please check back in a few hours.
October 5, 2018 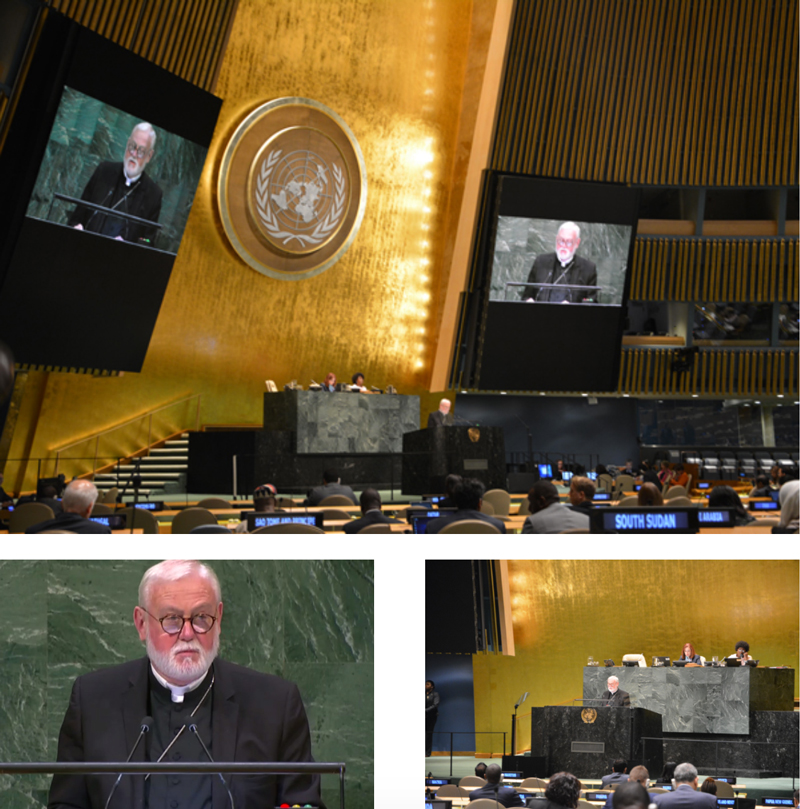 On October 1, Archbishop Paul Richard Gallagher, Secretary for Relations with States and Head of the Delegation of the Holy See to the 73rd Session of the United Nations General Assembly, gave an intervention during the High Level session of the General Debate dedicated to the theme “Making the United Nations Relevant to All People: Global Leadership and Shared Responsibilities for Peaceful, Equitable and Sustainable Societies.”

In his intervention, Archbishop Gallagher focused on the seventieth anniversary of the adoption of the Universal Declaration of Human Rights (UDHR) and how “recognition of the inherent dignity and equal and inalienable rights of all members of the human family is the foundation of freedom, justice and peace in the world.” He said it is the bedrock on which the four pillars of the United Nations are grounded. Human rights are grounded on human dignity and the seventieth anniversary of the UDHR is an opportunity to renew the commitment to defend those rights. He focused on the right to life, liberty and security of person (Art. 4); the right to the “realization of the economic, social and cultural rights” in the context of the Global Compacts on Refugees and on Migration (Art. 22); the summons to “act toward one another in a spirit of brotherhood” as a ground for ending war and armed conflicts, promote the Responsibility to Protect, and work for disarmament; the “equal rights of men and women” (Preamble of the UDHR), the protection of the family (Art. 16.3) and special assistance for motherhood and childhood (Art 25.2); the “free and full development” of the human person (Art. 29.1) as the ground for integral human development; and the protection of the environment as part of the integrated ethical approach to ensure human rights and dignity.

His address can be found here.

On October 5, Archbishop Bernardito Auza, Permanent Observer of the Holy See to the UN, gave an intervention during the Sixth Committee deliberations of the Seventy-third Session of the General Assembly on Agenda item 111 dedicated to “Measures to Eliminate International Terrorism.”

In his statement, Archbishop Auza expressed the Holy See’s unequivocal condemnation of terrorism and said that effective measures must be taken to prevent the recruiting, training and financing of potential terrorists as well as the commission of terrorist acts. Terrorism should be fought with the mechanisms of criminal law and international mutual assistance of police and judicial authorities, he said, rather than with security or military means. He said that the UN’s Counter-Terrorism Office is uniquely placed to provide leadership and coordination. Fighting terrorism, he added, does not justify policies or measures that sacrifice the rule of law, due process, or human dignity, or that employ repressive measures, a selective approach to human rights, a disregard for cultures and religions, the suppression of religious freedom, or the prevention of humanitarian activities by charitable non-governmental organizations. Heightened international solidarity and coordination are needed to prevent terrorist organizations from using the Internet for recruitment and radicalization. Interreligious and intercultural dialogue are key to deterring a culture that spawns violence. He finished by encouraging the completion of the Comprehensive Convention on international terrorism being led by the Sixth Committee, which would restore to the General Assembly its rightful place in developing counter-terrorism norms.

On October 4, Archbishop Bernardito Auza, Permanent Observer of the Holy See to the UN, gave an intervention during the Third Committee deliberations of the Seventy-third Session of the General Assembly on Agenda Items 109 and 110 dedicated respectively to “Crime prevention and criminal justice” and “International drug control.”

In his statement, Archbishop Auza described how terrorism and organized crime threaten human dignity and the common good. Technological developments, while beneficial, have been manipulated to make both terrorism and organized crime more harmful through cybercrime, hacking, computer forgery, fake news, child pornography, copyright infringements, sex trafficking of adults and children, and other abuses, he said. There is an urgent need, he said, to increase awareness, enact legislation to attack abuses, identify victims and prosecute those guilty of these types of cybercriminal behavior. Archbishop Auza also spoke out about the spread of drug abuse and illicit trafficking of narcotic and psychotropic substances. He restated the Holy See’s opposition to the legalization of drug use and underlined the importance of the family in prevention, treatment, rehabilitation, reintegrated and health strategies. He encouraged the strengthening of international cooperation against drug trafficking and use as well as preventive and therapeutic medical treatment to curb demand and to help victims of drug abuse rediscover their dignity.

On October 3, Archbishop Bernardito Auza, Permanent Observer of the Holy See to the UN, gave an intervention during the Third Committee deliberations of the Seventy-third Session of the General Assembly on Agenda Item 28 dedicated to “Social Development.”

In his statement, Archbishop Auza lauded the significant reduction in global poverty over the past 30 years but noted the 2030 Agenda for Sustainable Development’s goal of eradicating “poverty in all its forms” remains very far away. He said that income inequality, and the gap between rich and poor, remains a defining socio-economic challenge. The causes of poverty and inequality are often reduced to economic development, he stated, whereas they need to be met with a firmer sense of collective responsibility, solidarity, and integral human development. He brought attention to the affirmation of the Universal Declaration of Human Rights that the family is the bedrock of society and said that governments must therefore help families to support and care for themselves. Vulnerable families make vulnerable societies. He also underlined the importance of investing in youth and of caring for those with disabilities and old age. 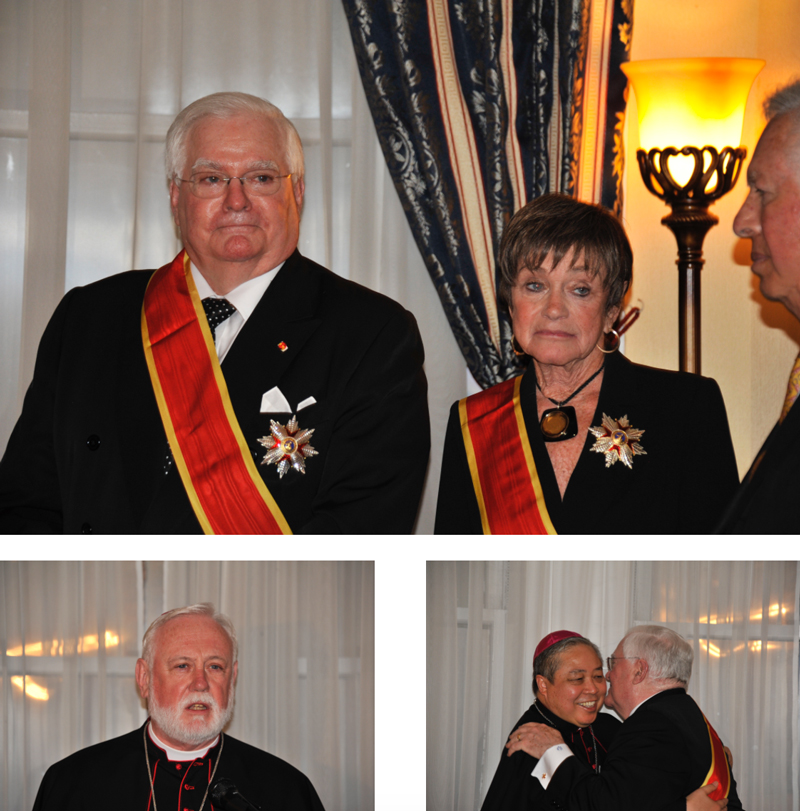 On October 1, the Holy See honored Gary and Meredith Krupp with the Papal Honors of Knight and Dame of the Grand Cross of the Pontifical Equestrian Order of Saint Gregory the Great, which is the highest honor in the Pontifical Order founded in 1831.

The honor is traditionally bestowed on Catholic men and women — and only in rare cases, to non-Catholics, as in the case of the Krupps — in recognition of their service to the Church, support of the Holy See, and the good example set in their communities and country.

The Jewish couple received this honor for, among other things, their Founding of the Pave the Way Foundation, whose mission is to end the malevolent use of religion. Among the Foundation's valuable work is much primary historical research on the role of Pope Pius XII during the Second World War, particularly in relation to the Holocaust.

Gary and Meredith Krupp have also helped in the acquisition of a part of the Bodmer Papyri, which are a group of twenty-two papyri discovered in Egypt in 1952 that contain segments of the Old and New Testaments. The part of the papyri they helped acquire is now conserved in the Vatican Library.

Archbishop Paul Richard Gallagher, the Holy See's Secretary for Relations with States, bestowed the Honors upon Gary and Meredith Krupp on behalf Pope Francis at a gathering of the couple's family, friends and supporters at the Residence of the Holy See to the United Nations in New York City. 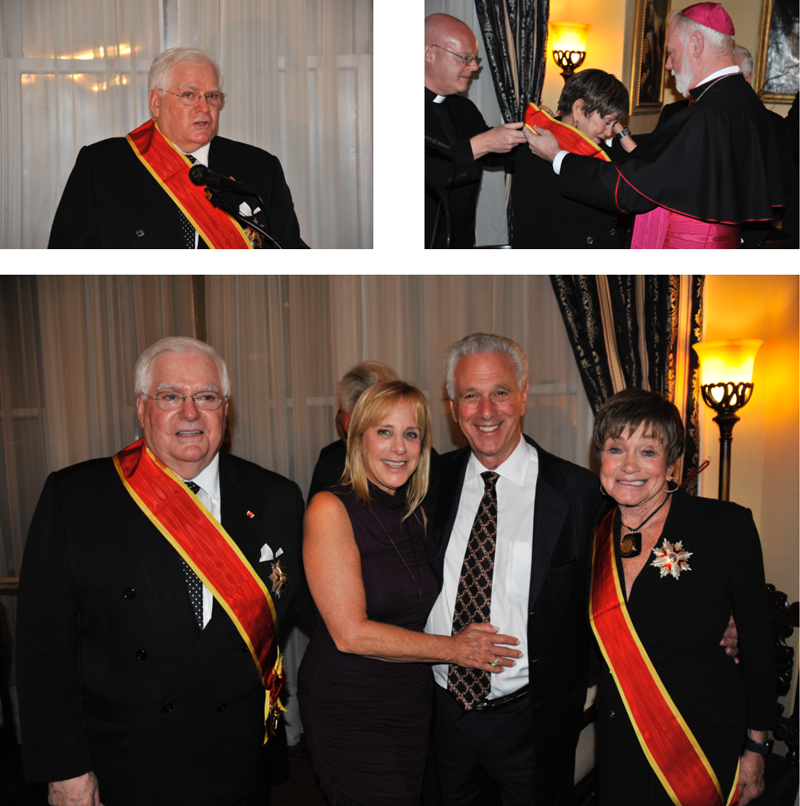 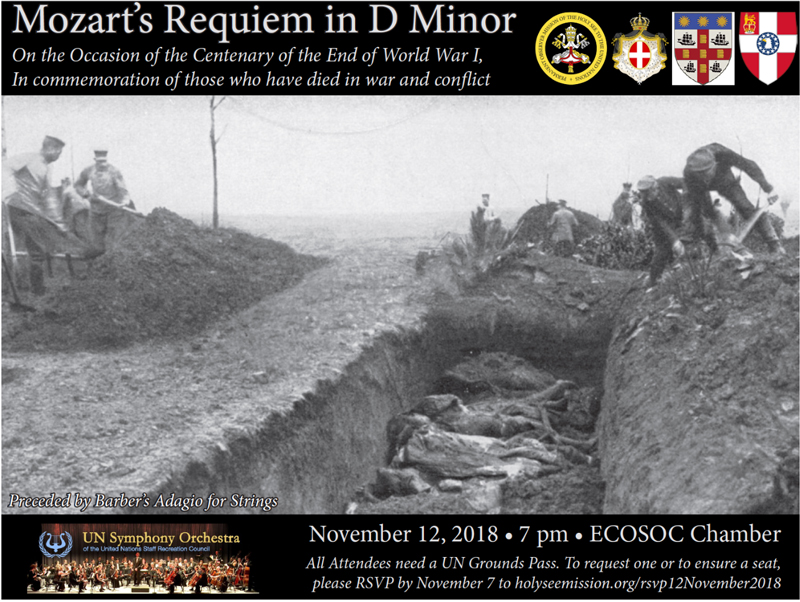 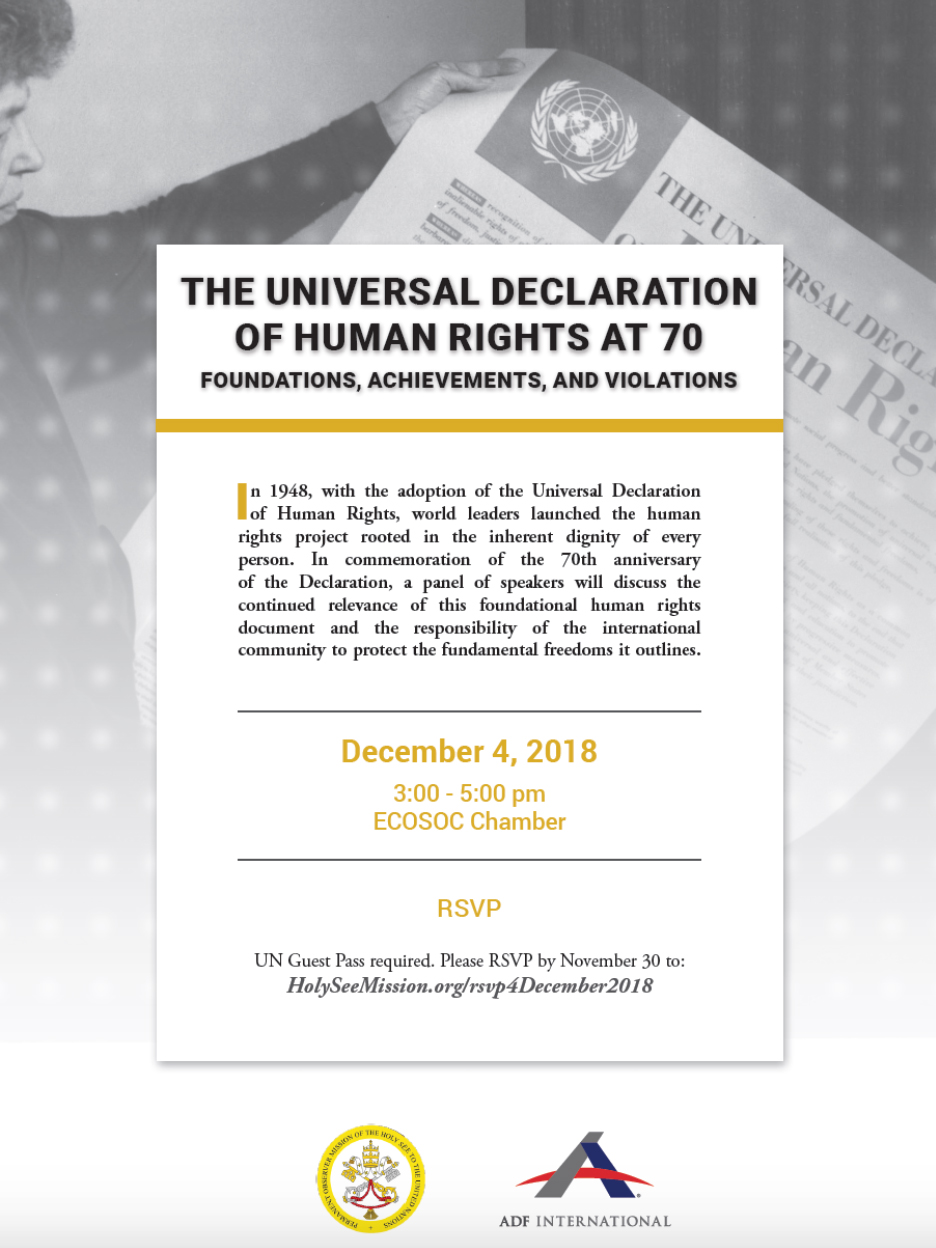