Our website is being upgraded and may show errors while we work. Please check back in a few hours.
January 25, 2019 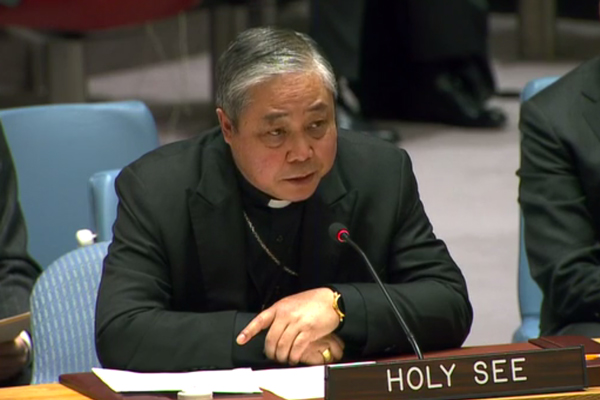 On January 25, Archbishop Bernardito Auza, Permanent Observer of the Holy See to the United Nations, gave an intervention during the Security Council Open Debate on Addressing the Impacts of Climate-related Disasters on International Peace and Security.

In his remarks, Archbishop Auza echoed the UN Secretary-General António Guterres’ remarks that “climate change is the defining issue of our time,” and stressed how climate-related disasters affect rich and poor countries alike, while noting that the poorest pay the highest cost. He listed a series of recent extreme weather events, the loss of life and massive financial costs they’ve entailed, and the destabilization that has occurred due to lack of access to food and clean water and the movement of peoples. He highlighted the recent Special Report of the Intergovernmental Panel on Climate Change and said its recommendations on what it called five essential elements of a global response to climate change should be acted upon urgently, consistent with Pope Francis’ summons to ecological conversion. He finished by repeating Pope Francis’ call for a more decisive commitment on the part of States to strengthening cooperation for urgently combatting the worrisome phenomenon of global warming.

Situation in the Middle East,
Including the Palestinian Question

On January 22, Archbishop Bernardito Auza, Permanent Observer of the Holy See to the United Nations, gave an intervention during the Security Council Open Debate on the Situation in the Middle East, including the Palestinian Question.

In his statement, Archbishop Auza said that the situation between Israel and Palestine can be compared to a delicate flower struggling to blossom on the stony ground of violence. The Holy See appeals to both Israel and Palestine to resume dialogue toward a two-state solution. It emphasized the fundamental importance of the holy places in Jerusalem, the humanitarian situation in Gaza, and aid to Palestine refugees. He praised Lebanon and Jordan for their generosity and welcome to Palestine refugees.

On January 24, Archbishop Bernardito Auza, Permanent Observer of the Holy See to the United Nations, gave a statement at the first celebration of the International Day of Education, which the United Nations General Assembly, in Resolution 73/25, approved on December 3, 2018, determined would be celebrated each year on January 24.

In his statement, Archbishop Auza welcomed the new International Day — one of 159 observed by the U.N. — as an opportunity to celebrate education as a good in and of itself and a crucial element in integral development and the building and maintenance of peace and security. He underlined Pope Francis’ 2015 words to the General Assembly about the importance of education for all and stressed the urgency of fulfilling SDG 4 of the 2030 Agenda for Sustainable Development, considering that 120 million children have no access to primary or secondary education and another 130 million go to schools that barely deserve the name. He spoke of how the Catholic Church runs approximately 220,000 pre-University schools across the globe, educating more than 65 million children and youth, many of whom are not Catholic, assisting parents and the State in educating the next generation. He emphasized that education is more than instruction, but character formation, repeating the haunting words of Holocaust Survivor Haim Ginott and stated that today’s celebration is an opportunity to celebrate and commit ourselves further to the good, importance, right and high vocation of education.

International Religious Freedom: A New Era for Advocacy in
Response to a New Age of Challenges and Threats

RSVP by February 26 at holyseemission.org/rsvp1March2019 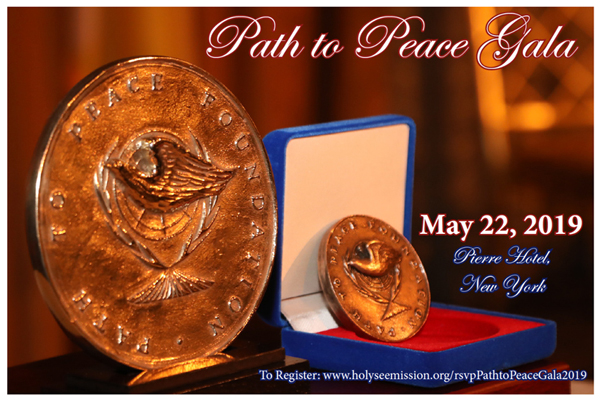 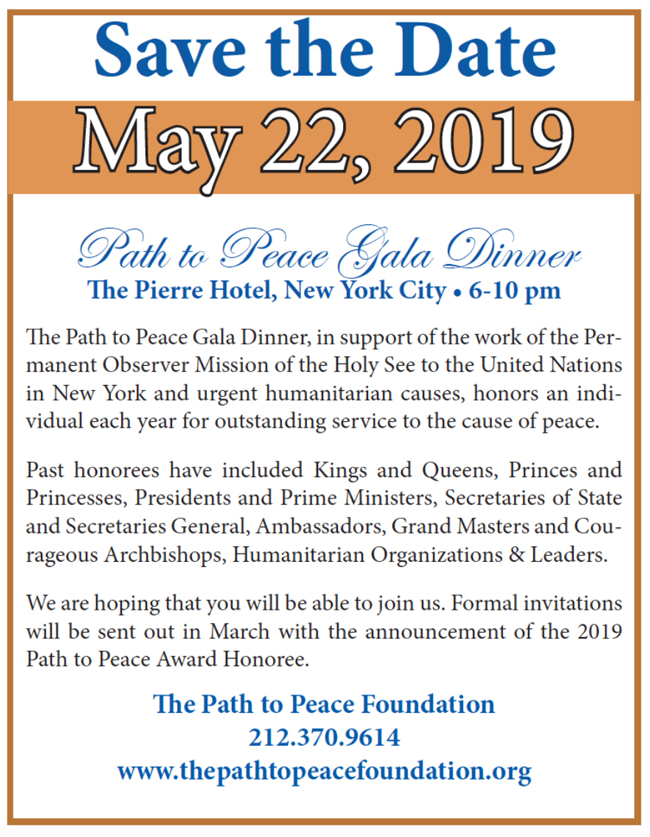