Our website is being upgraded and may show errors while we work. Please check back in a few hours.
April 6, 2019

International Conference on
Population and Development 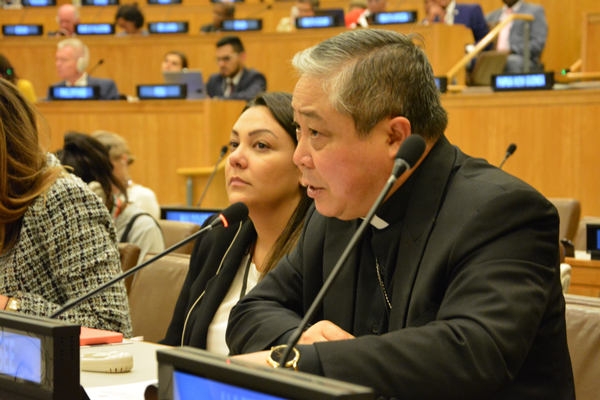 On April 3, Archbishop Bernardito Auza, Permanent Observer of the Holy See to the UN, gave an intervention during the 52nd Session of the Commission on Population and Development, taking place at UN Headquarters in New York. He spoke on Agenda Item 3(b), which was dedicated to the “review and appraisal of the Programme of Action of the International Conference on Population and Development (ICPD) and its contribution to the follow-up and review of the 2030 Agenda for Sustainable Development.”

In the statement, Archbishop Auza said that the ICPD, which is marking its 25th anniversary, was the first time the international community considered the interrelationship between population and development and noted that it rejected all forms of coercion in the implementation of population policies, recognized the family, based on marriage, as the fundamental unit of society, and focused on the full and equal participation of women in development. He stated that to suggest that reproductive health contains a right to abortion explicitly violates the language of the ICPD, violates the domestic legislation of many states and divides efforts to address the real needs of mothers and children, especially those yet unborn. To formulate governmental and international population policies on individual “sexual and reproductive rights” is unwise; governments and society ought rather to focus policies involving the transmission and nurturing of life on the promotion of the family, which is the natural and fundamental group unit of society. He also spoke of the connection between development and migration and development and the environment. 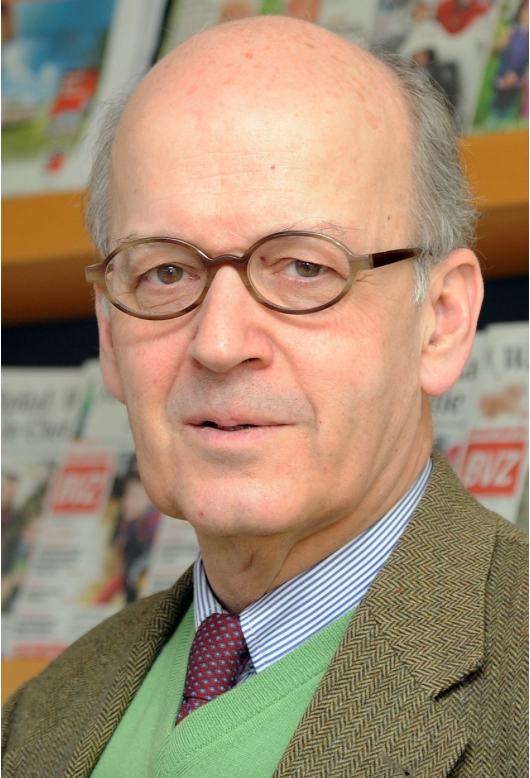 Founded in 1947 by a young Dutch Norbertine priest, Father Werenfried van Straaten, to help meet the needs of refugees and displaced people in post-World War II Germany, Aid to the Church in Need is an international papal charity that supports the persecuted and suffering Church around the world.

Responding to the humanitarian and pastoral needs of the Church, Aid to the Church in Need supports more than 5,000 projects each year in more than 140 countries. Projects include emergency aid, construction of churches and chapels; support for the training of seminarians, men and women religious as well as lay catechists; and transportation for clergy and religious.

Thomas Heine-Geldern was elected Executive President of Aid to the Church in Need International in 2018. From 1991 to 2009, he served in a variety of executive positions in the paper industry; from 2004-2009, he was deputy CEO of PaperlinX Europe, a leading international fine paper distributor, where he was in charge of operations in 14 European countries. Subsequently, he served as an advisor to several major companies and as a trustee for a number of private and charitable trusts. He is economic advisor to Cardinal Christoph Schönborn, O.P., the archbishop of Vienna. He is also the co-founder of the Austrian Congress of Christian Managers and Entrepreneurs and served previously Chairman of the Board of Aid to the Church in Need Austria.

Funds raised at recent Galas have allowed the Path to Peace Foundation, among other things, to sponsor 67 different conferences of the Holy See Mission at the United Nations in the last three years, to underwrite the United Nations Prayer Service the Mission holds for the United Nations Community each September at the Church of the Holy Family, to make many repairs and upgrades at the Holy See Mission’s headquarters, to underwrite various aspects of the Mission’s vibrant internship and fellowship program, to increase the permanent staff of the Mission, and to give grants to humanitarian projects in developing countries.

All are encouraged to come on the evening of May 22 at the Pierre Hotel to honor the work of Aid to the Church in Need, to support the Permanent Observer Mission of the Holy See to the United Nations, and to join the effort to promote religious freedom and to protect those who are persecuted for the sake of their religious beliefs.

To register for the 2019 Path to Peace Gala Dinner, please click here.

The Permanent Observer Mission of the Holy See to the United Nations in New York is seeking a bright, dedicated, quick-learning, and multi-tasking Catholic who is passionate about the role the Holy See plays in promoting peace and respect for human dignity in world affairs to serve as Staff Assistant for Communications, Events and Special Projects, a full-time position with the diplomatic title of Attaché. Applications are now being received through April 18. To find out more, please click here.