Our website is being upgraded and may show errors while we work. Please check back in a few hours.
May 25, 2019

Protection of Civilians in Armed Conflict

On May 23, Archbishop Bernardito Auza, Permanent Observer of the Holy See to the UN gave an intervention during the Security Council Open Debate on the Protection of Civilians in Armed Conflict, which took place at UN headquarters in New York. The Statement was delivered by Msgr. Tomasz Grysa, First Counselor and Deputy Permanent Observer.

In his statement, Archbishop Auza said that we are now marking the 70th anniversary of the four Geneva Conventions and the 20th anniversary of Security Council Resolution 1265, which provide pillars of international humanitarian law. Their condemnations of the deliberate targeting of civilians are more relevant now than ever, he said, when so many conflicts today involve non-State armed groups who act in total disregard for humanitarian law and principles in attacking schools, hospitals, medical staff, places of worship, cultural heritage sites, homes, women and girls, journalists, humanitarian actors and other vulnerable persons. A culture of impunity impedes warring parties from respecting the rules of war and more robust legal mechanisms and a new mentality are both needed, he said. Out of respect for those who have suffering, he concluded, this Open Debate must be translated into action to better protect civilians in conflict.

Path to Peace Foundation
Honors Aid to the Church in Need 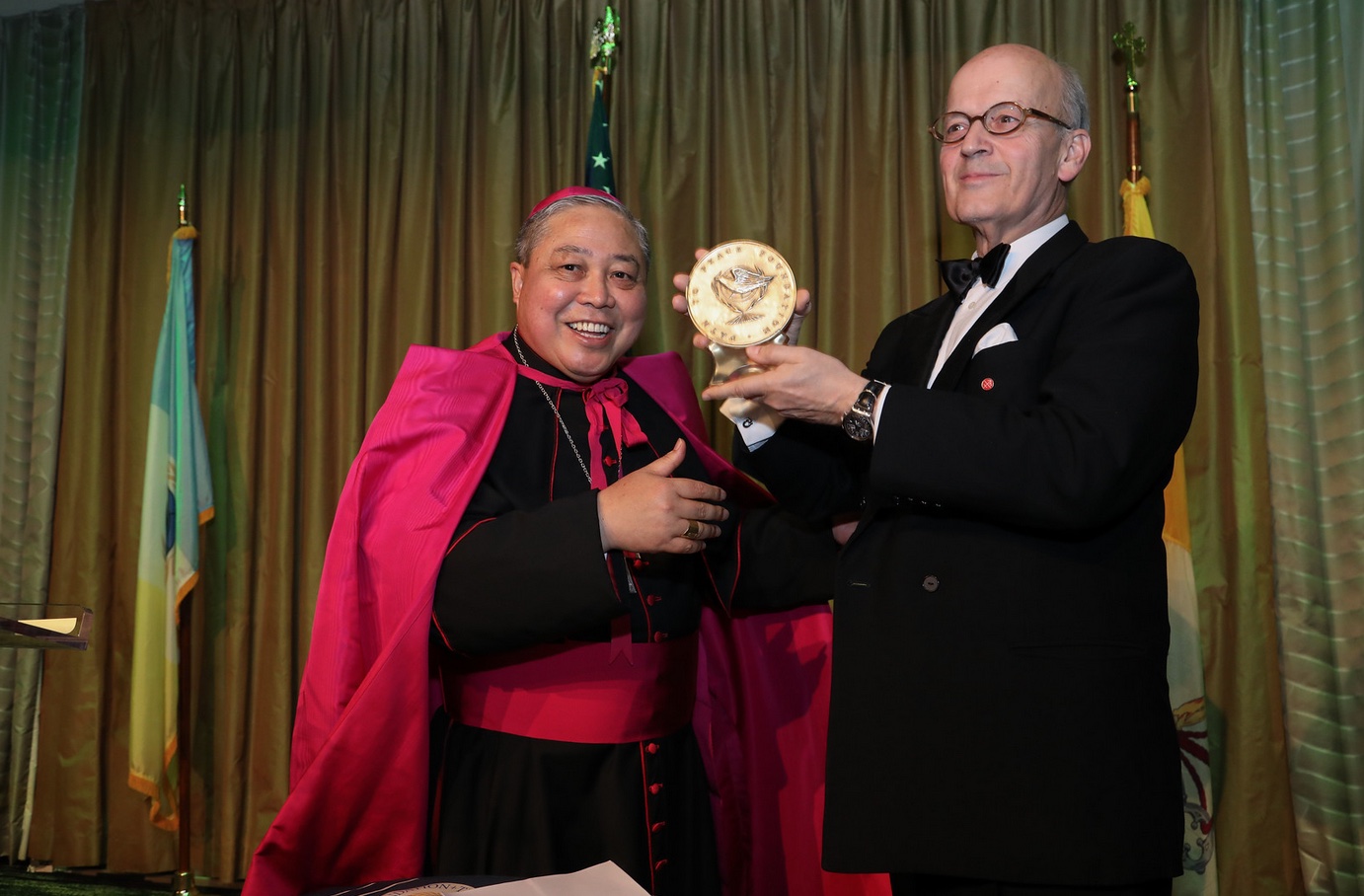 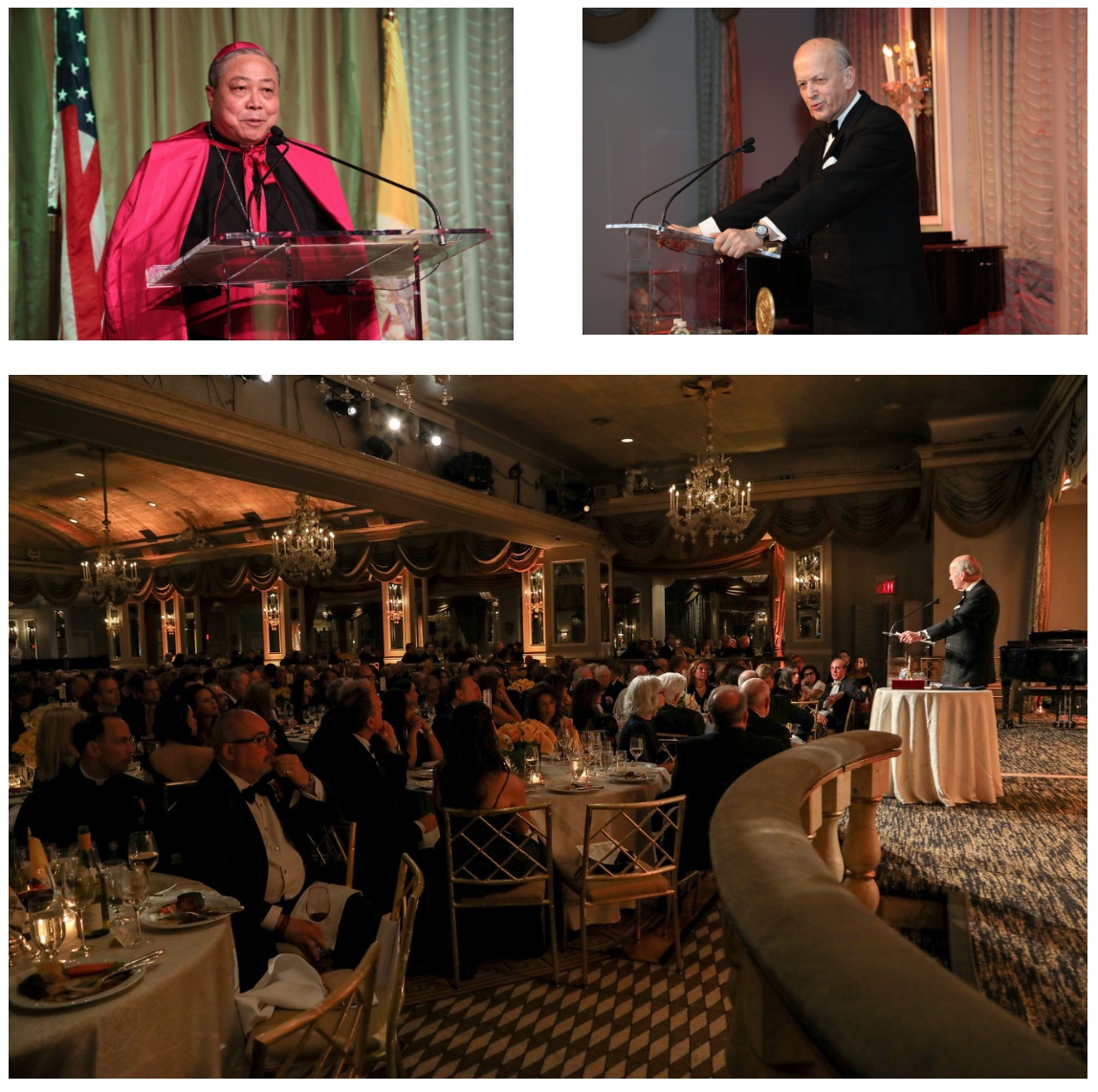 On Wednesday, May 22 the Path to Peace Foundation called attention to the plight of persecuted Christians throughout the world by honoring Aid to the Church in Need at the 2019 Path to Peace Gala, which took place at the Pierre Hotel in New York.

Dr. Thomas Heine-Geldern accepted the award on behalf those “who just because of their faith, are persecuted, oppressed, discriminated or silenced,” he said. “Tonight, in lending them my voice, my hope is that their martyrdom is a little less silent.”

In his remarks, Archbishop Auza thanked Aid to the Church in Need not only for the important work they do for Christians around the world, but also shared his personal experience as a beneficiary of their generosity. Whilst a young priest, he was able to study in Rome thanks to the full scholarship provided by the organization, which continues to support thousands of young priests and seminarians to receive their priestly training.

“Only God knows whether I would be here tonight were it not for the kindness of Aid to the Church in Need 35 years ago!” he said. 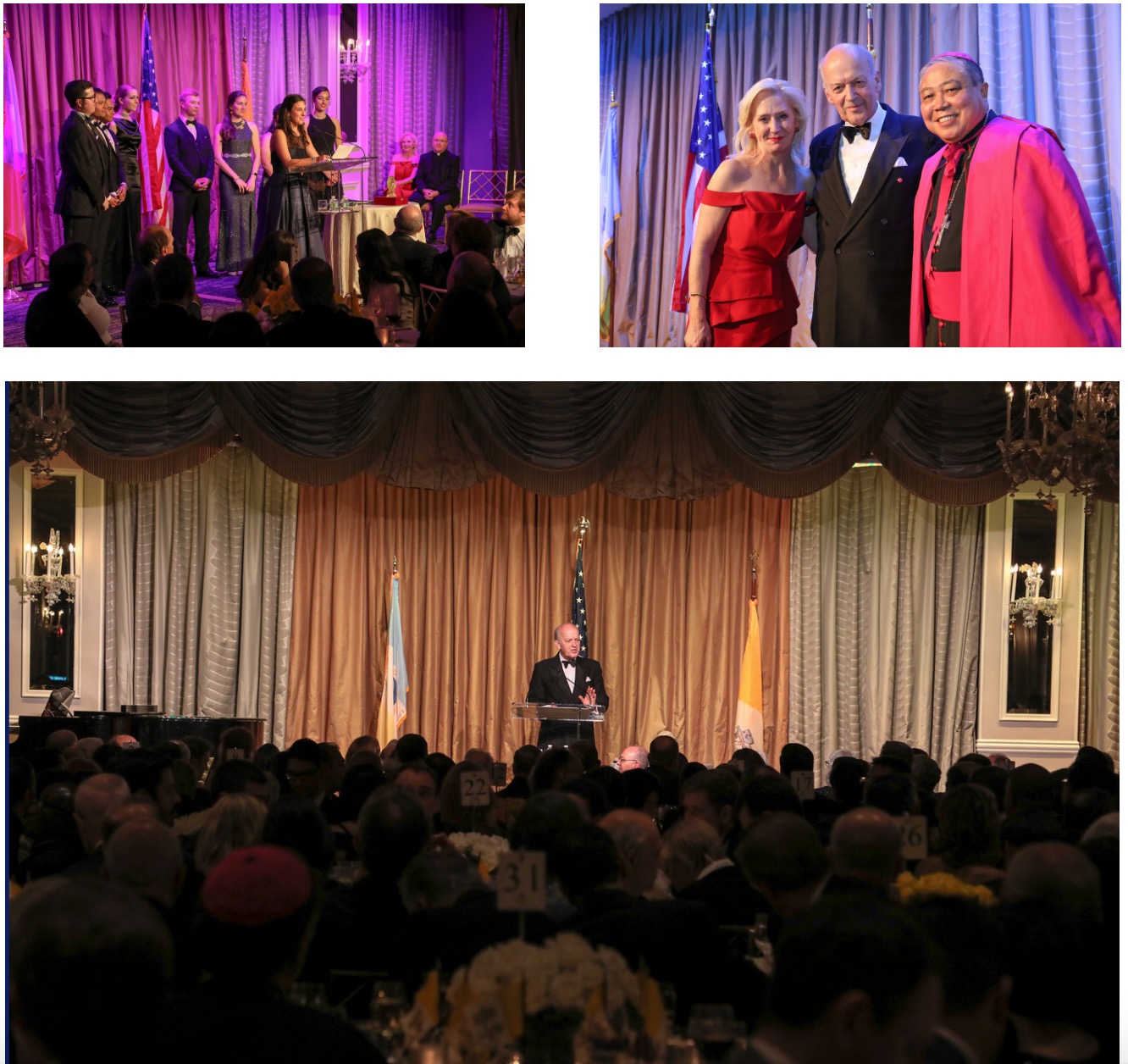 Dr. Heine-Geldern highlighted some of the personal stories and unimaginable situations faced by persecuted Christians. The first was Rebecca, who had been a prisoner of Boko Haram, the Islamist terror group in Africa, and who survived two years of horrific torture whilst been imprisoned in a Boko Haram training camp. She was imprisoned because of her Christian faith, and in spite of the threats and  violations against her dignity, in her faith, she never faltered.

As they work throughout the world, Aid to the Church in Need tailors each program to address the specific needs of the communities affected by persecution through both long- and short-term projects. Besides pastoral support, it provides emergency humanitarian aid, trauma counselling and interfaith dialogue, stating the necessity of a holistic response to the current humanitarian crisis caused by persecution.

“Today, as Pope Francis encourages all of use to become ‘artisans for peace’ Christians must bear in mind that the ‘path to peace’ does not mean only a path to a war-less environment,” Mr. Heine-Geldern said. “True peace, as proclaimed by our Lord, includes mercy, forgiveness and reconciliation.”

Archbishop Auza stated, "A big step forward happened on April 2 when the U.N. General Assembly passed a resolution condemning 'all terrorist attacks against places of worship that are motivated by religious hatred, including Islamophobia, anti-Semitism and Christianophobia.' It was the first time that the term Christianophobia appeared to denounce the hatred behind anti-Christian attacks.”

Because of its vast reach, Aid to the Church in Need publishes bi-annual reports on the current situation for Christians worldwide in its ‘Persecuted and Forgotten’ report and covers the situation of attacks against religious believers in general in its ‘Religious Freedom in the World Report,’ which provide a current analysis of the situation on the ground for Christians globally.

Dr. Heine-Geldern concluded his remarks with the words of Mother Teresa who said "the fruit of faith is love, the fruit of love is service, the fruit of service is peace," while also thanking the Holy See Mission to the UN for its commitment to reminding the international community constantly of its obligation to defend and safeguard the human rights of persecuted Christian and other minorities.

The Gala was chaired by Her Excellency Vicki Downey, Eastern Lieutenant of the Equestrian Order of the Holy Sepulchre of Jerusalem.


To see more photos from the event, please click here. 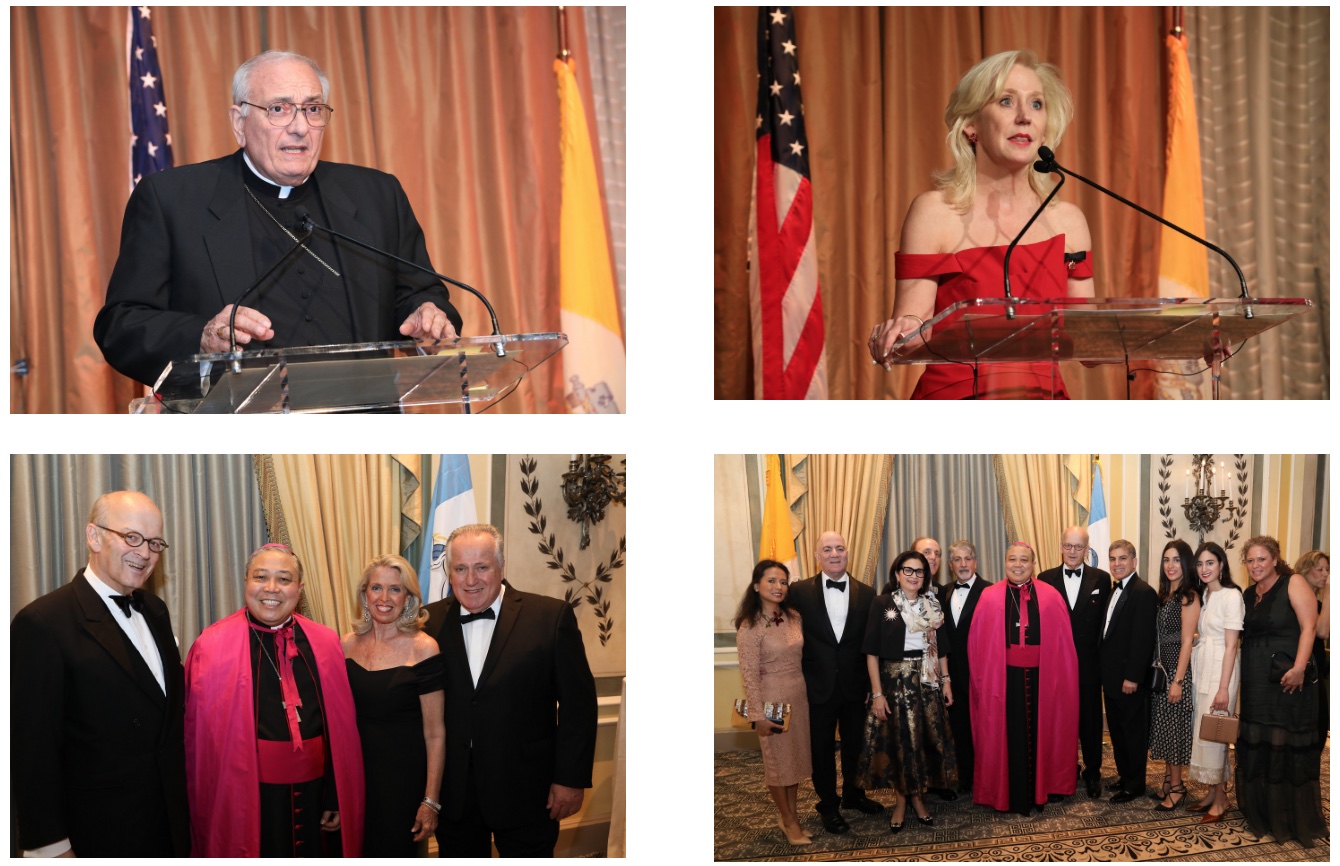 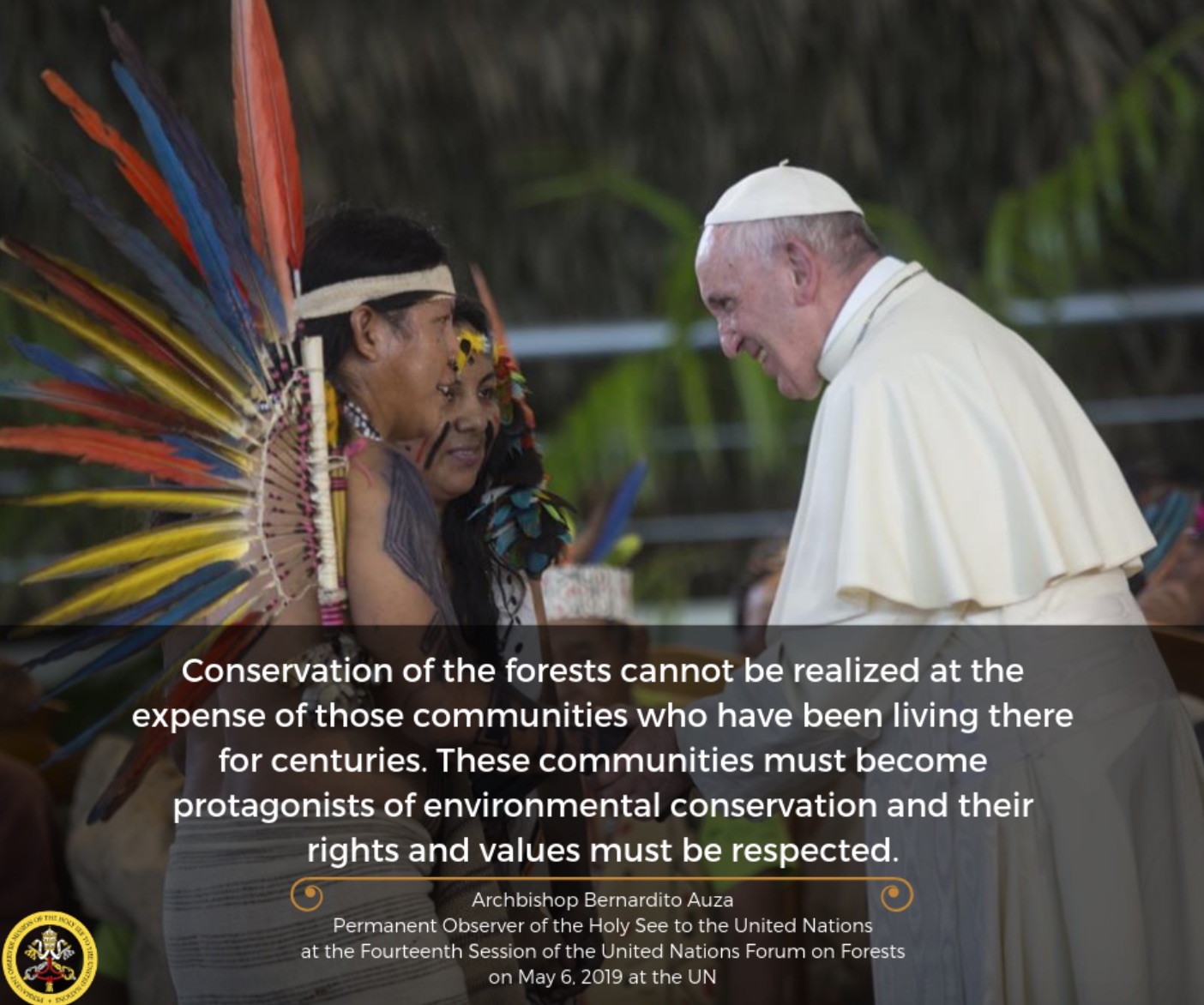 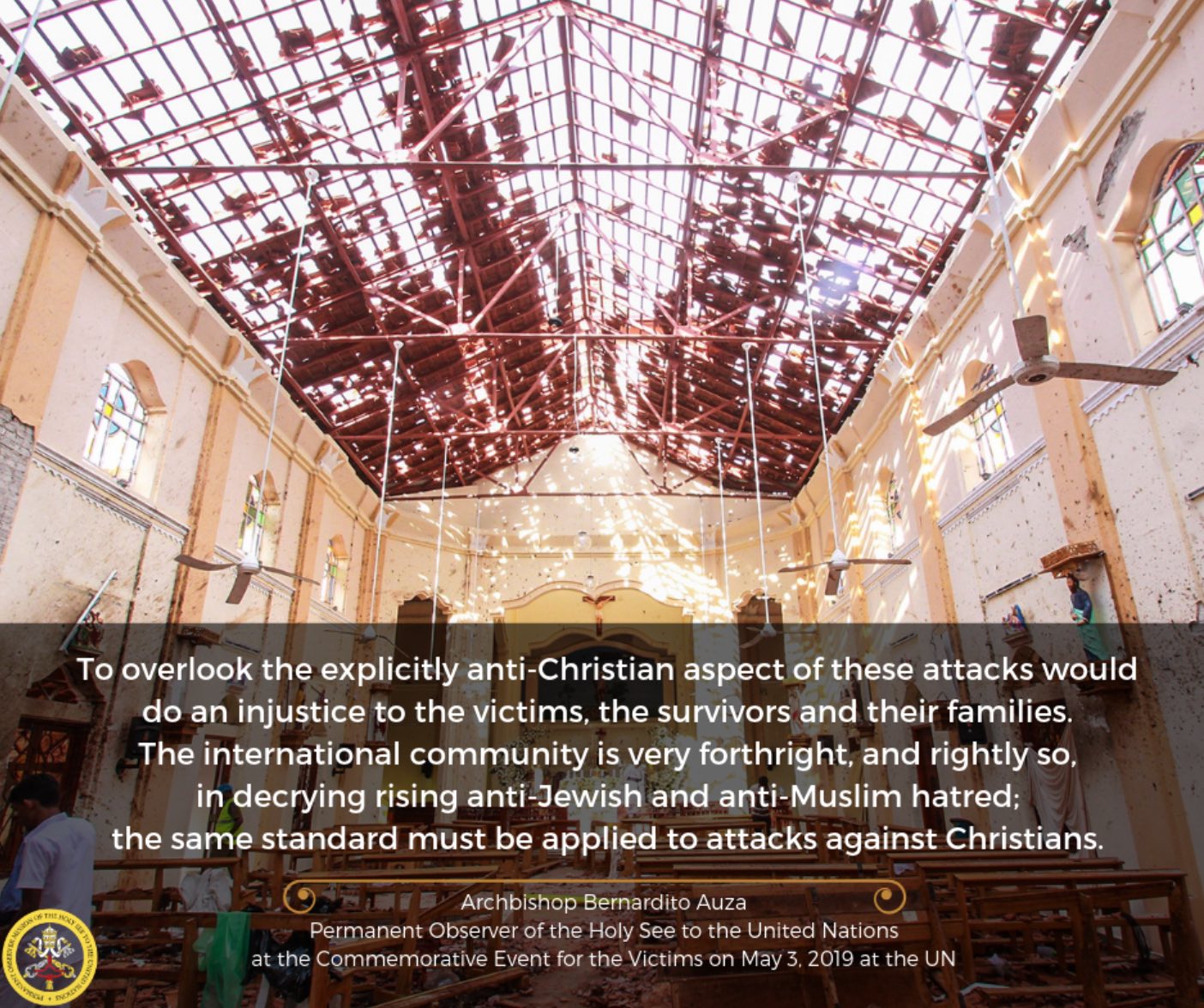