Our website is being upgraded and may show errors while we work. Please check back in a few hours.
March 5, 2021

"From Turmoil into a Torrent of Fraternal Love" 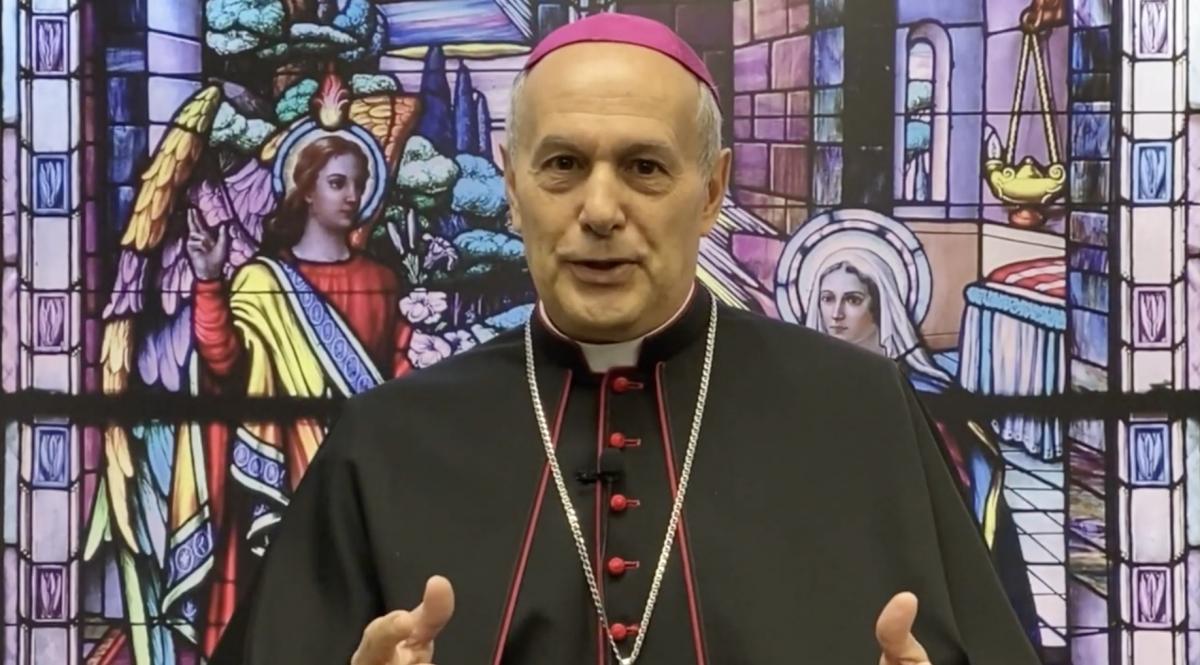 On March 1, H.E. Archbishop Gabriele Caccia was asked to give the opening address to high school students in Jerusalem participating in the Rosary Sisters' High School Model United Nations 2021 (ROSMUN 2021) Virtual Conference on the theme of "Turmoil, Transition and Transformation.”

Schools participating came from throughout the Middle East.

In his statement to the student delegates, Archbishop Caccia urged them to remember the words of Pope Francis from when he launched the Global Compact on Education last October. "We are experiencing," the Pope said, "a comprehensive crisis that cannot be reduced or limited to any single sector. It affects everything. The Pandemic has led us to realize that what is really in crisis is our way of understanding reality and of relating to one another."

Archbishop Caccia said he hoped the conference would inspire the students to transform the world "from turmoil into a torrent of fraternal love."

He encouraged the delegates to move beyond their hypothetical deliberations of what they "would do" if they were at the United Nations headquarters in New York to consider what they "will do" now to transform their communities, schools, countries, and homes through social friendship and universal fraternity.

Pope Arrives in Iraq as a
Pilgrim of Penance, Peace and Hope 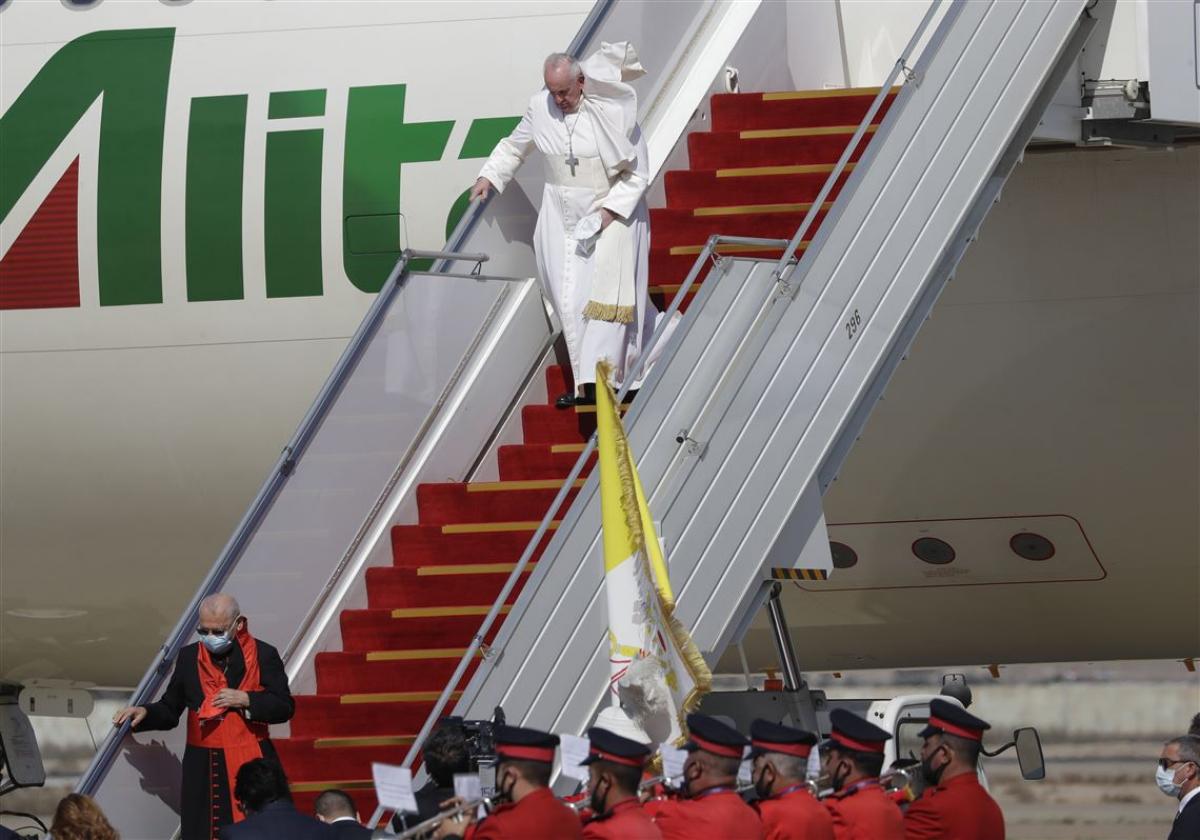 On March 5, Pope Francis arrived in Iraq to begin a four day pilgrimage to the country devastated recently by Da’esh and seeking to rebuild.

In a video message released the day before his arrival, Pope Francis framed his visit as a pilgrimage of penance, peace and hope.

As a penitent pilgrim the Pope said he would "implore from the Lord forgiveness and reconciliation after years of war and terrorism." He spoke admirably of the Iraqi Christians who have testified to their faith in Christ "amid harsh suffering," and said he was honored to visit a "Church of martyrs."

As a pilgrim of peace, Pope Francis said he was seeking human fraternity, and desired to "pray together and walk together [...] in the steps of Abraham, who joins in one family Muslims, Jews and Christians.”

As a pilgrim of hope, he said he was praying that Iraqis would be inspired to "rebuild and begin anew." He called on all Iraqis – "brothers and sisters of every religious tradition" – to build together a peaceful future and "do as Abraham did: to walk in hope and never stop looking to the stars above."

In his opening address upon arriving at Baghdad airport, Pope Francis express joy and gratitude to come to “a cradle of civilization closely linked through the Patriarch Abraham and a number of the Prophets to the history of salvation and to the great religious traditions of Judaism, Christianity and Islam.”

He spoke about “disastrous effects of wars, the scourge of terrorism and sectarian conflicts” that brought “death, destruction and ruin,” and how the rebuilding process must involve not just the reconstruction of buildings but of a genuine fraternal solidarity.

After mentioning the role of government leaders, diplomats and the international community in fostering peace, he turned to the role religion has in the service of peace and fraternity.

"The name of God,” he said, cannot be used to justify acts of murder, exile, terrorism and oppression. On the contrary, God, who created human beings equal in dignity and rights, calls us to spread the values of love, good will and concord.

"In Iraq too, the Catholic Church desires to be a friend to all and, through interreligious dialogue, to cooperate constructively with other religions in serving the cause of peace. The age-old presence of Christians in this land, and their contributions to the life of the nation, constitute a rich heritage that they wish to continue to place at the service of all. Their participation in public life, as citizens with full rights, freedoms and responsibilities, will testify that a healthy pluralism of religious beliefs, ethnicities and cultures can contribute to the nation’s prosperity and harmony.”

A recording of the Pope's preparatory message can be found here.