Our website is being upgraded and may show errors while we work. Please check back in a few hours.
May 28, 2021

"The peoples of the world with one voice
pray for the day in which peace, salaam, shalom
will finally reign in the Holy Land." 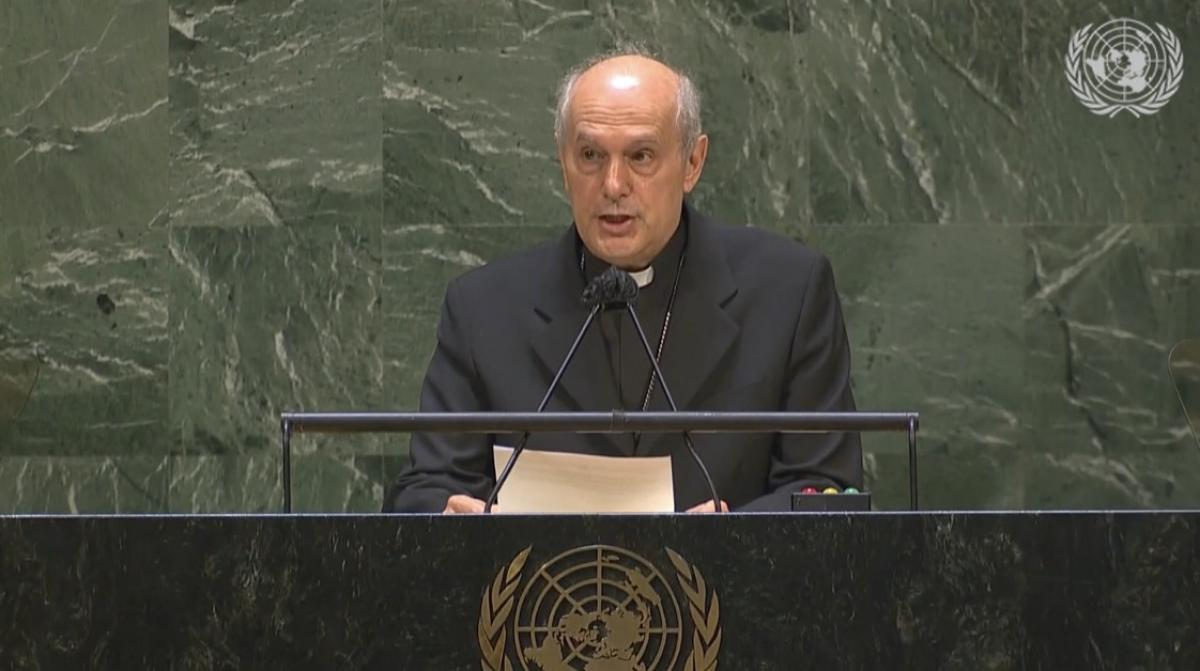 On May 25, Archbishop Gabriele Caccia addressed the United Nations General Assembly Plenary Meeting on the Situation in the Middle East and the Question of Palestine.

Archbishop Caccia welcomed last week's announcement of a ceasefire between Israel and the Gaza Strip, noting that Pope Francis had called for an end to the "violent armed clashes between the Gaza Strip and Israel" since the hostilities started.

He said that persistent and genuine dialogue, together with the support of the international community, is essential to achieving the long-awaited two-State solution. He emphasized that "resorting to weapons of war and mutual destruction" is not the path to peace and said it was important that all actors play their part to alleviate the exacerbated suffering of the affected civilian populations.

Thanking the Missionary Catechists of
Saint Therese for their Collaboration 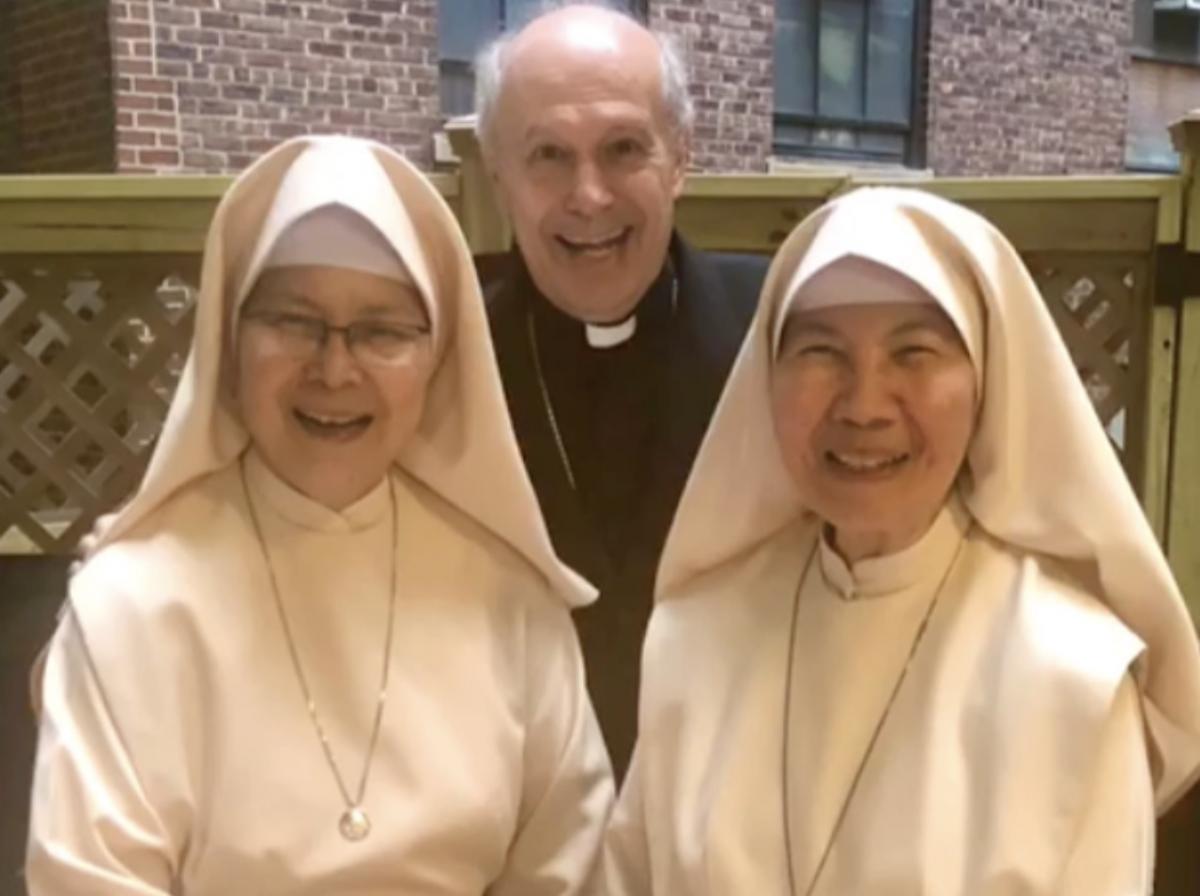 This past week the staff and interns of the Mission bid farewell to Mother Teodora Juan, MCST (left) and Sister Elsa Nacianceno, MCST (right) who belong to the order of Missionary Catechists of Saint Therese.

The Mission's collaboration began with the order in December 2016 when Mother Teodora and Sister Lourdes Nerva, MCST arrived at the Mission to serve as Office Manager and Business Manager respectively. Sister Elsa replaced Sister Lourdes in September 2019.

This summer they will participate in the General Chapter of the Missionary Catechists of St. Therese, which will take place in the Philippines. They will receive their new assignments at the end of the Chapter.

Reflecting on her five years at the Mission as Office Manager, Mother Teodora said she felt "much joy in working as a collaborator in the office of the Permanent Observer." In particular, she said she especially enjoyed "being with the interns who come from different countries and some of whom have become my friends."

Looking back on her time at the Mission, Sister Elsa said she was "greatly appreciative of the care shown by staff during the pandemic. It brought everyone at the Mission very close together, even if not physically. We met via Zoom daily and had a true sense of a family and unity. The spiritual support shown by the priests at the Mission was particularly appreciated and I'll always remember it." 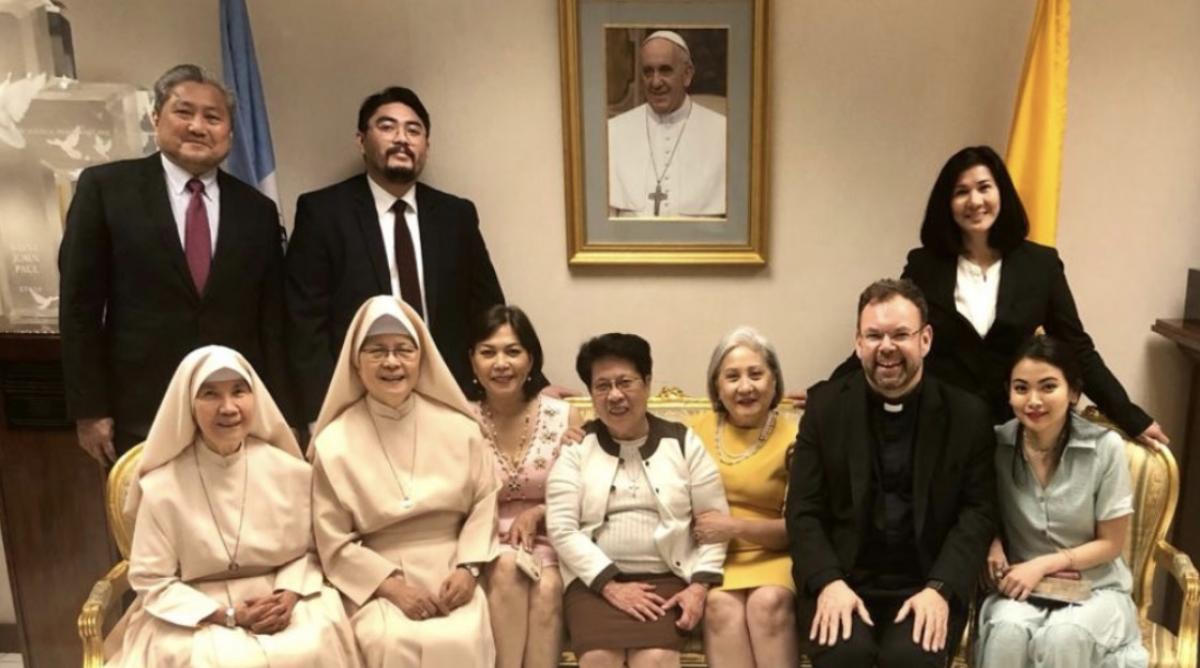 WITH SOME FRIENDS — Mother Teodora and Sister Elsa with Msgr. David Charters and some of their Filipino friends from the New York area after a May 24 Mass of Thanksgiving for their service.

As a sign of gratitude for their service to the Mission, the past week Archbishop Caccia celebrated a Mass of Thanksgiving for the sisters as well as a farewell dinner. On Monday May 24, friends of the sisters visited the Mission for the Thanksgiving Mass, followed by a reception on the Mission's outdoor decking area.  Mother Teodora said "the presence of our faithful Filipino friends (pictured above) who were supportive to us during our stay here in New York was heart warming. The farewell party after the Mass of Thanksgiving was a joyful celebration. My heart was really filled with gratitude to Archbishop Caccia and our priests."

On Thursday May 27, the staff of the Mission enjoyed a farewell dinner for the sisters. Archbishop Gabriele Caccia thanked the sisters for their service and commended their "stabilizing presence and motherly care which they have shown over the years. We wish them all the best for their Chapter and return to the Philippines." Mother Teodora said "it was wonderful to dine together with the whole staff."

Fr. Roger Landry, attaché at the Mission, commented that "Mother and Sister have been love in the heart of the Mission, not just completing essential tasks for the day-to-day functioning of the Mission, but doing so with obvious love for God, for their co-workers and for all those the Mission tries to serve. Their joy, their maternal warmth, and their competence have been a real leaven for us, lifting us all up."

All staff at the Mission thank Mother Teodora and Sister Elsa for their service, and wish them all the best for the future. They will be greatly missed!

Farewell to the Interns 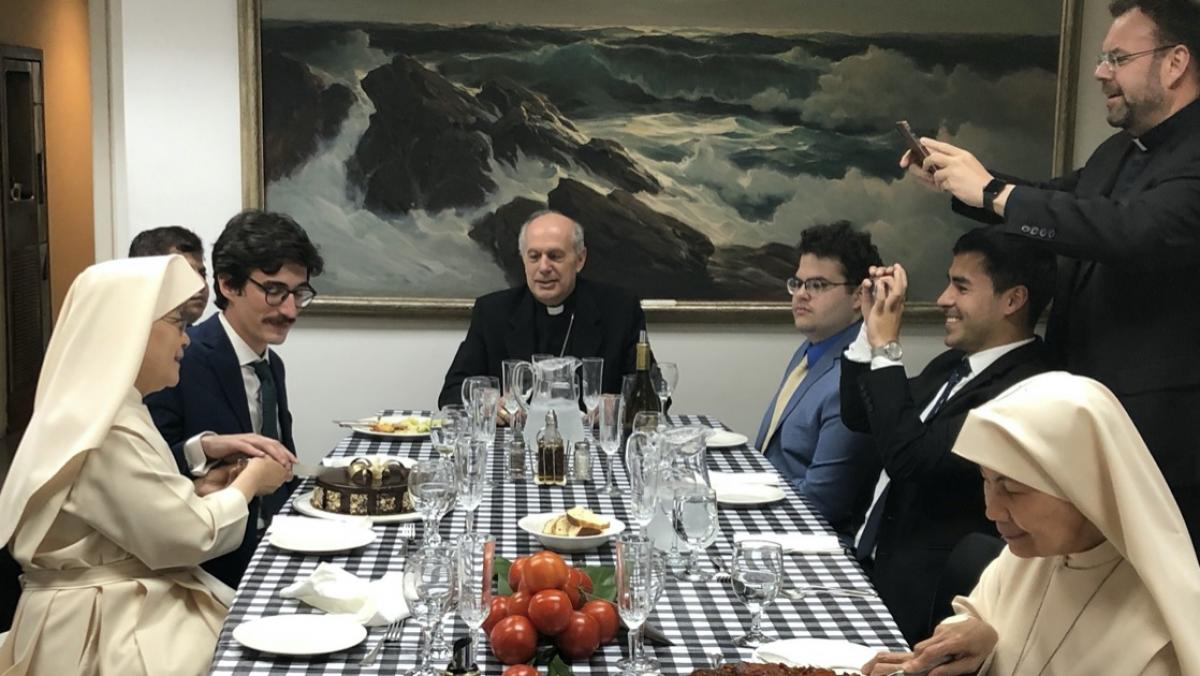 FAREWELL TO THE INTERNS — May 28 marked the end of the Spring 2021 Internship Cycle. Interns enjoyed a celebratory lunch as a 'thank you' for their hard work and youthful energy over the past five months. The Mission's staff looks forward to hearing about their future successes and wishes them all the best. 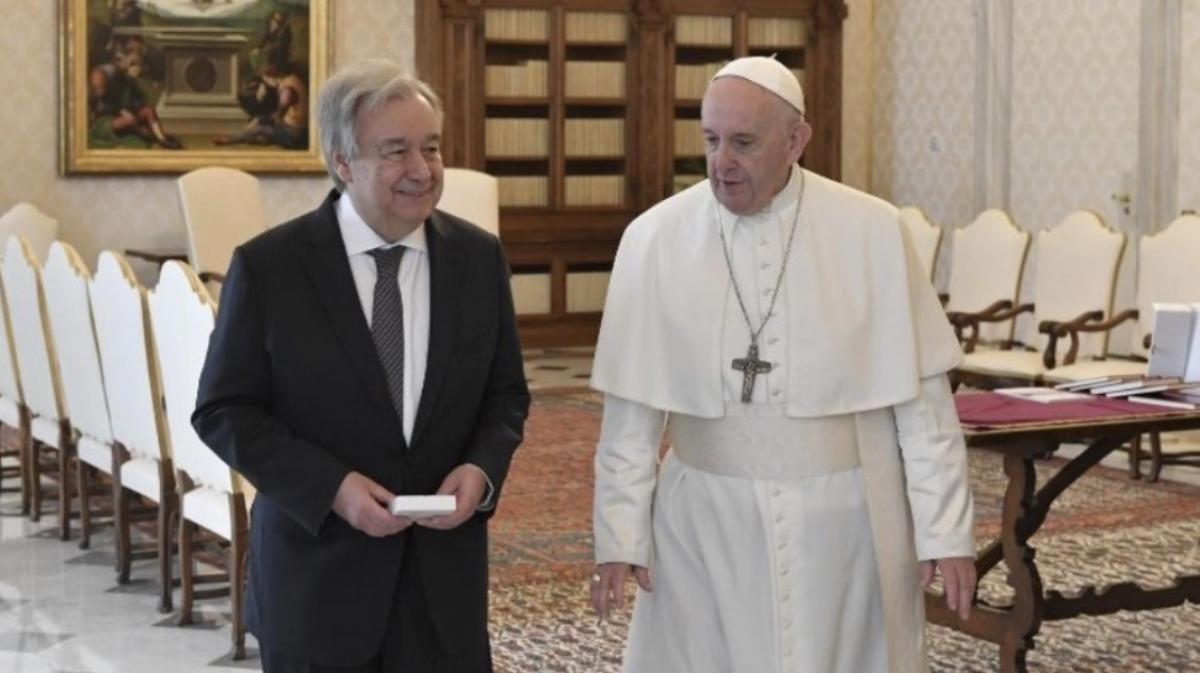 SAVE THE DATE — The annual Path to Peace Gala will be held at the Pierre Hotel in Manhattan on November 16th, 2021, from 6-10 pm. The honoree will be His Excellency António Guterres, Secretary-General of the United Nations.