(La Stampa) On September 20, 2017, H.E. Msgr. Paul Richard Gallagher, Secretary for the Holy See's Relations with States, signed the Treaty on the Prohibition of Nuclear Weapons for the Holy See and in the name of and behalf of Vatican City State at United Nations Headquarters in New York.

The Treaty was adopted on 7 July 2017 at the end of the United Nations Conference aimed at negotiating a legally binding instrument for prohibiting nuclear weapons. The signing took place during the High Level Ceremony for the opening of the signing of the Treaty. At the same time H.E. Msgr. Gallagher handed over the instrument of ratification.

Pursuant to Article 15, paragraph 1 of the Treaty, it will enter into force for the Holy See and for Vatican City State ninety days after the deposit of the fiftieth instrument of ratification, acceptance, approval or adhesion. 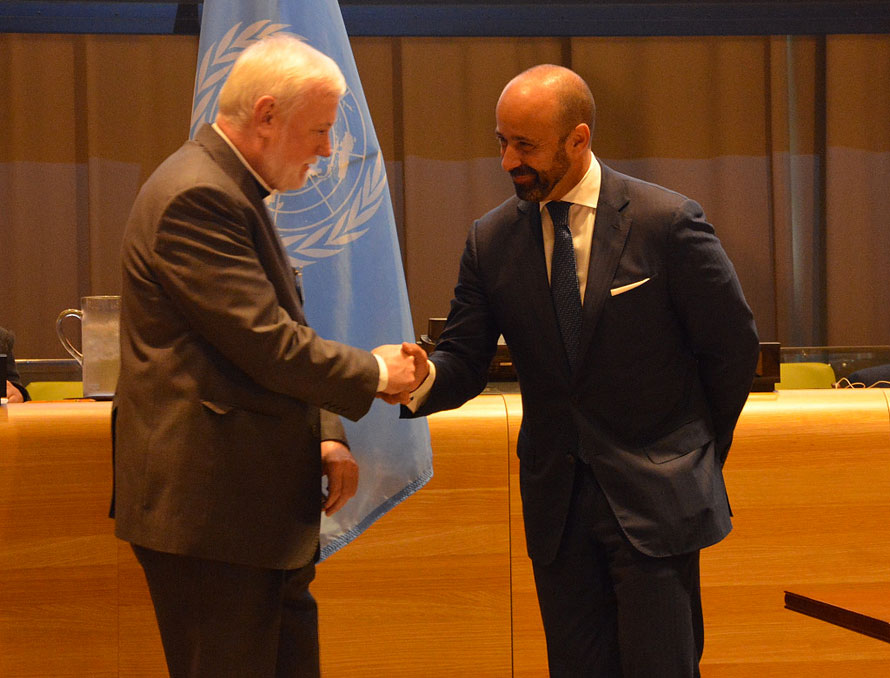 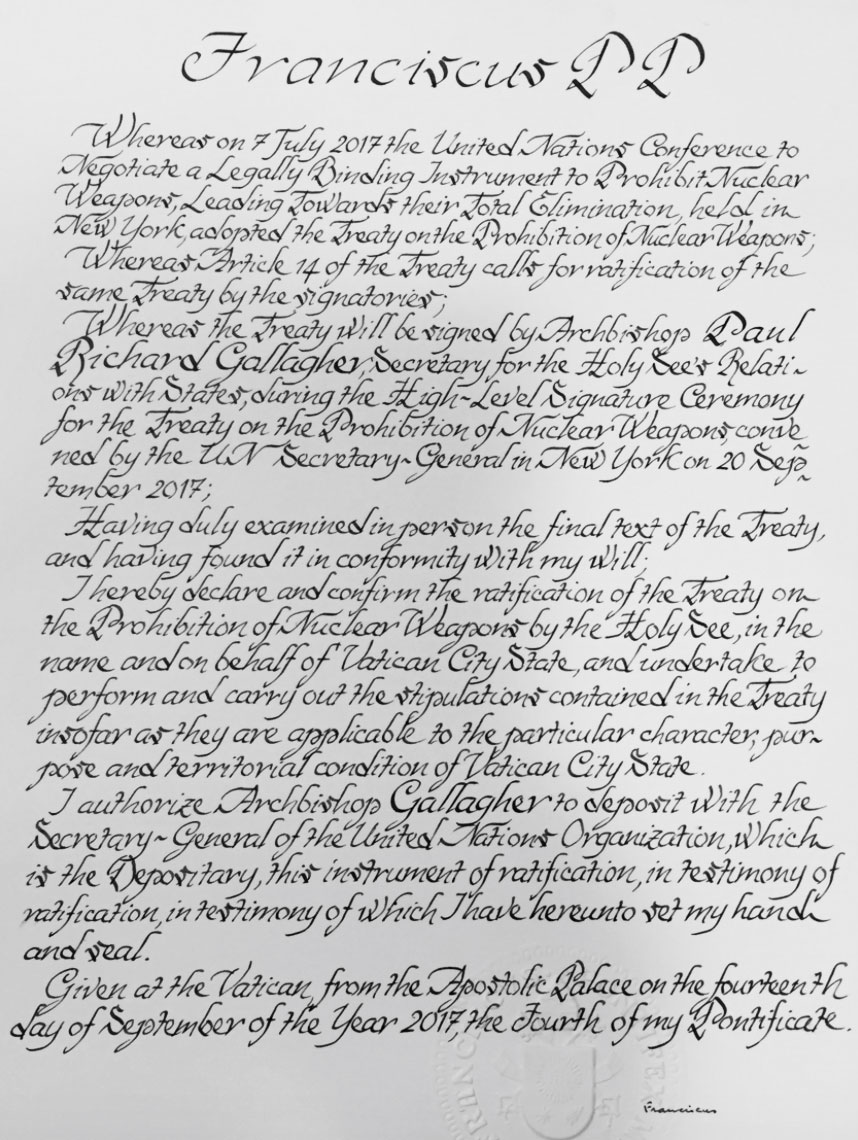 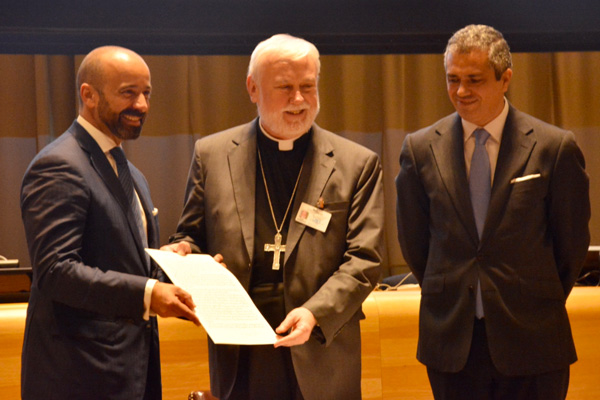